the new york public library has unveiled plans to transform its famed ‘stephen a. schwarzman building’ on fifth avenue and 42nd street. the $317 million USD masterplan was developed by dutch architecture firm mecanoo and includes the restoration of historic rooms and increased public space, improvements designed to ensure an enhanced visitor experience. the project, which would be carried out in two phases utilizing private funds, calls for future investment beginning in 2018 and continuing through 2021. 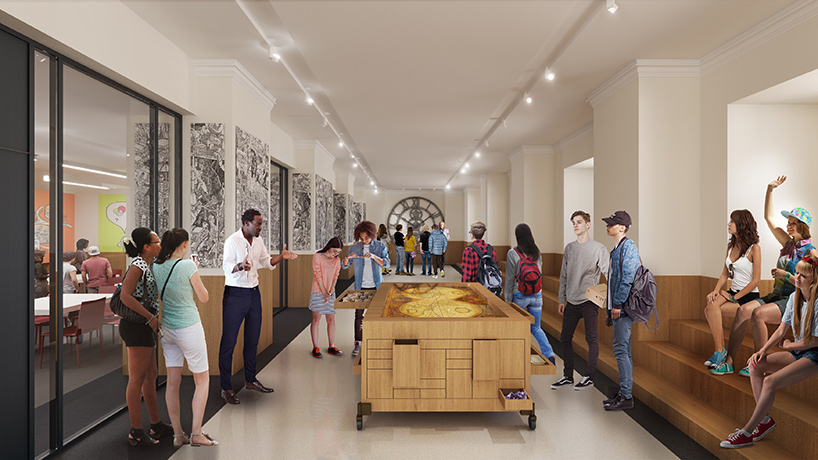 in developing the masterplan for the new york public library, mecanoo teamed up with new york-based firm beyer blinder belle. specific improvements to the schwarzman building include the transformation of former staff or storage spaces into public areas for research, exhibitions, and educational programs, as well as a new entrance on 40th street with a plaza and elevator bank to ease congestion throughout the building. the plans also include the addition and modernization of infrastructure with a new café and bathrooms, and an expanded shop. 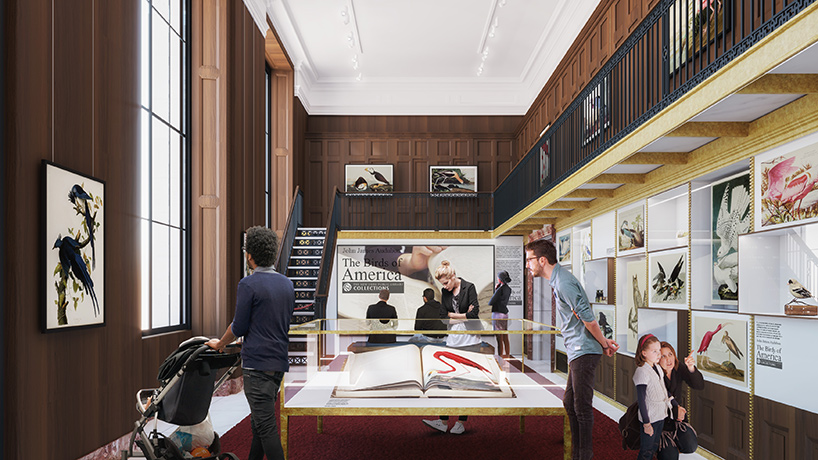 the renovation will include new exhibition spaces

‘we have developed a masterplan that inherently adheres to the logic of a beaux-arts building,’ said mecanoo’s francine houben. ‘our changes are both subtle and clever — to direct the flow for different user groups, for example, or to improve the quality and function of currently underused spaces.’ 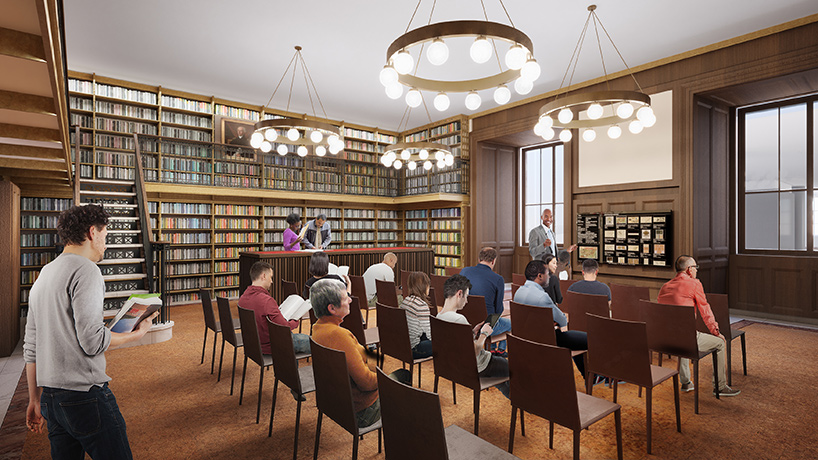 ‘for over a century, the schwarzman building has been a beacon of open access to information and a tireless preservationist of the world’s knowledge,’ adds new york public library president tony marx. ‘we have a responsibility to preserve its architectural wonder and its role as an important civic space, while also preparing it for the future, and another century of best serving the public.’

while the masterplan does not include a definitive plan for the central stacks — seven floors of shelving built with the library in 1911 — the library has also announced at the board meeting that it has commissioned mecanoo and beyer blinder belle to do a study examining possibilities for the 175,000-square-foot space. the two firms are also leading the renovation of mid-manhattan library. located across fifth avenue, it is scheduled to reopen as the completely renovated ‘stavros niarchos foundation library’ in early 2020.