NEXT architects has completed an undulating red pedestrian bridge in the chinese city of changsha that offers multiple paths across the dragon king harbour river. NEXT — who has previously designed a ‘bat bridge’ in the netherlands — titled the steel structure ‘the lucky knot’, referencing its ribbon-like form. measuring 185 meters in length and 24 meters in height, the bridge offers sweeping views of the river, the adjacent meixi lake, and the city itself. 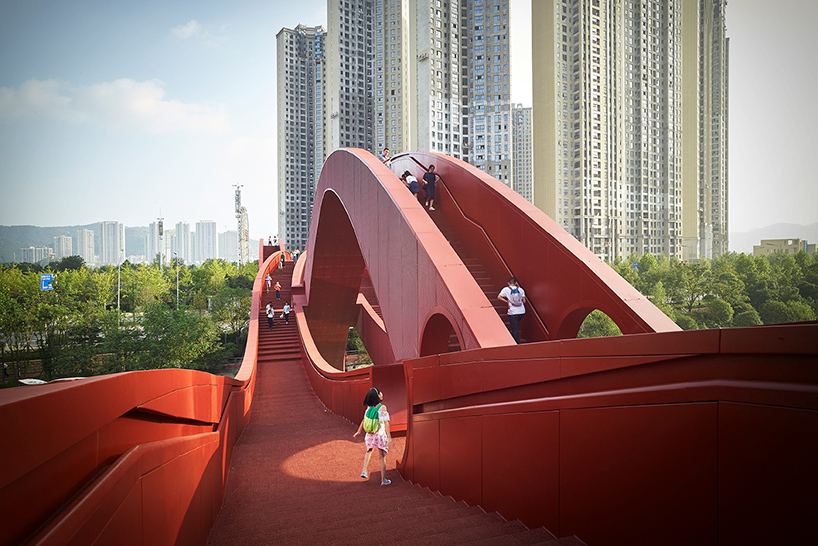 in 2013, NEXT — who has offices in amsterdam and beijing — was invited to take part in an international competition to design a new bridge to be constructed in changsha’s rapidly developing ‘new lake district’.  NEXT’s winning design combines its dutch office’s expertise in infrastructure and water management, and its chinese team’s knowledge of the project’s local context. 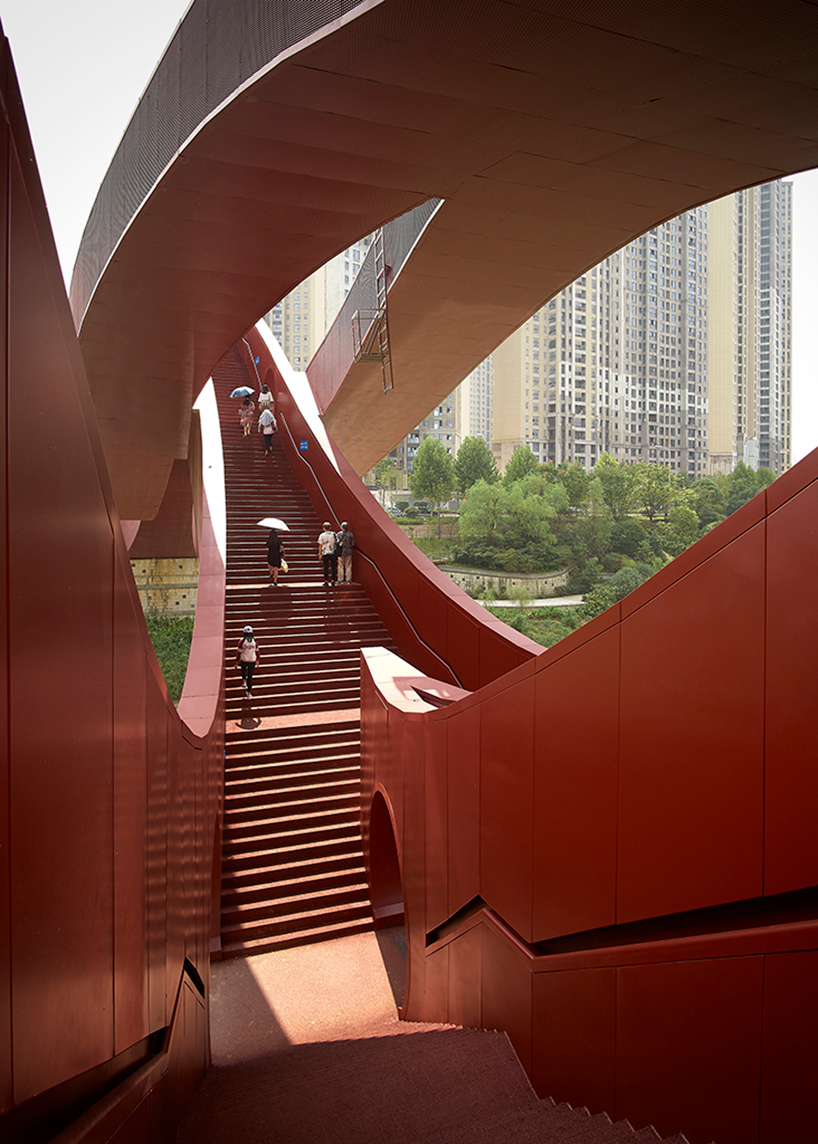 designed with recreational, ecological, and touristic activities in mind, the project forms an important component of the region’s public space. the bridge connects the road, the river banks, and the neighboring park at different heights — as well as the interconnections between them. the scheme’s final appearance is the result of knotting these routes together. ‘the shape of the lucky knot was inspired by the principle of the mobius ring, as well as by the chinese knotting art,’ explains john van de water, partner at NEXT architects beijing. ‘in the ancient decorative chinese folk art, the knot symbolizes luck and prosperity.’ 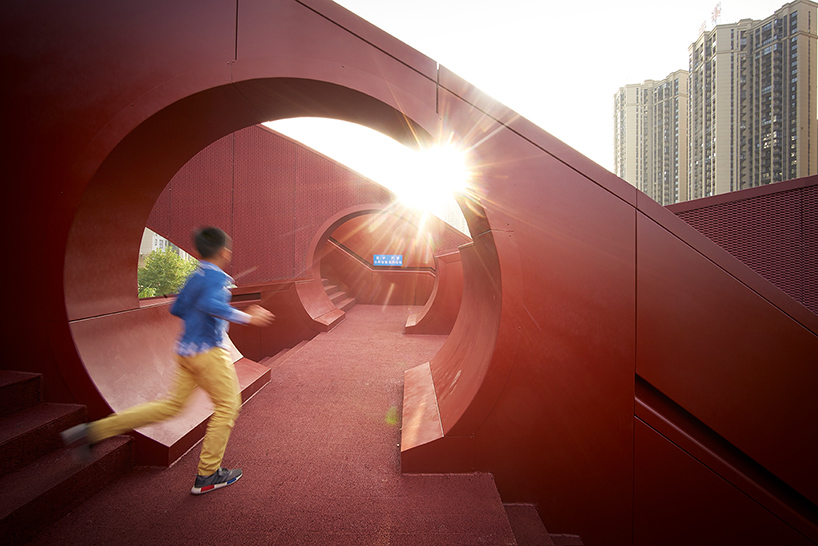 the scheme has been designed with recreational, ecological, and touristic activities in mind

‘NEXT’s designs for both international and national clients distinguish themselves for their singular relationship with their surroundings, their enhancing of the experience of the specific location, and their added value to the site,’ says michel schreinemachers, partner at NEXT architects amsterdam. ‘this is also the case in changsha. the city is growing and changing rapidly. this context called for a unique gesture to inspire passers-by.’ 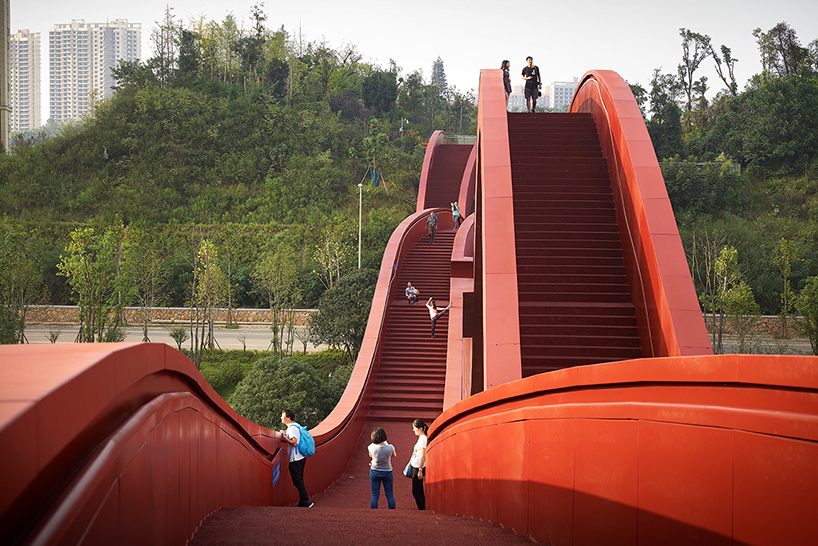 ‘the lucky knot is more than a bridge and a connection between two river banks,’ adds NEXT architects beijing partner jiang xiaofei. ‘its success lays in bringing cultures together, and in the fusion of history, technology, art, innovation, architecture and spectacle.’ an LED lightshow enhances the design further, ensuring that the bridge remains a landmark attraction for the region for years to come.