the world’s first museum dedicated to roses has opened in beijing. designed by NEXT architects, the architectural design is defined by the smooth stainless steel envelope that is wrapped around the building with a pattern of chinese roses cut out from the surface. 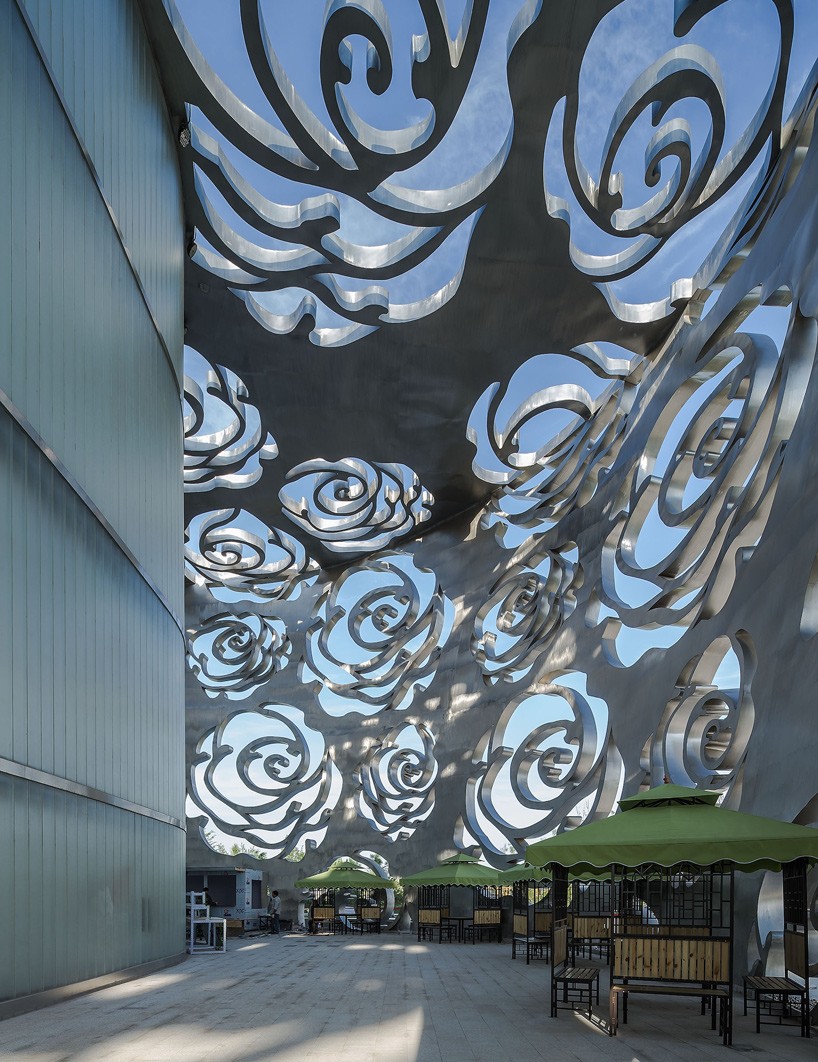 the boundaries between inside and outside are blurred

‘the rose museum aims to create a new architecture for china, in which history and modernity, art and architecture blend,’ explains NEXT architects china partner jiang xiaofei. the opening coincides with the world rose convention, in which the event will be hosted inside the museum and over thirty countries will participate. the 100 acre rose park will showcase 2,000 species of the flower which also has a long history in chinese culture dating back to 11th century B.C. 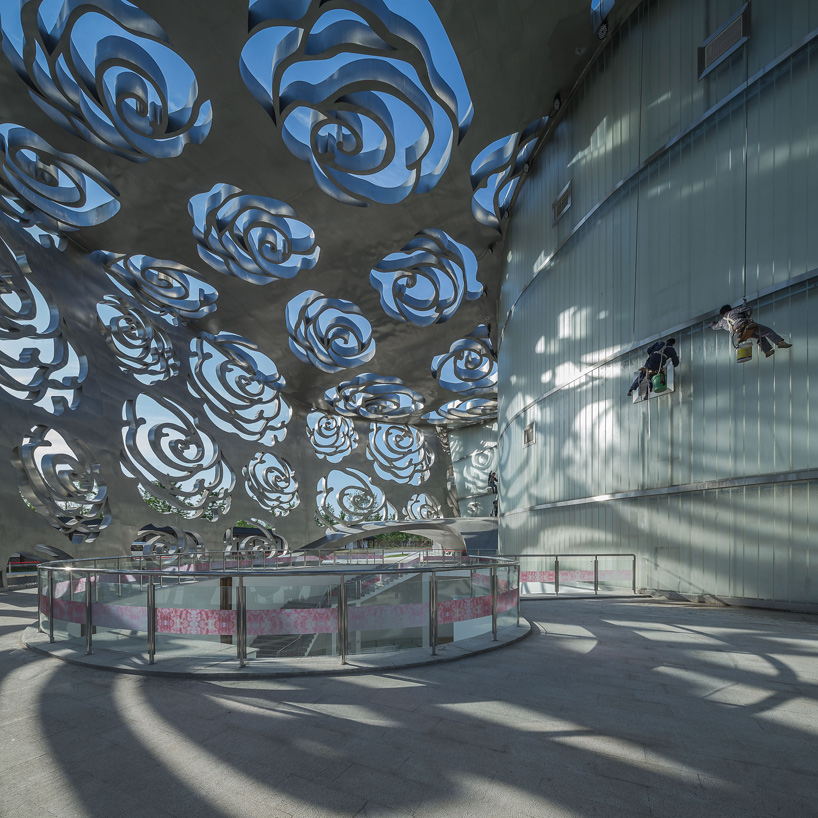 to showcase this history and the culture of roses in general, the museum is covered by a perforated stainless steel façade measuring 300 meters. this detached skin creates four half open courtyards between the façade and the main building; the rose pattern creating a constantly changing play of light and shadow. the organization is reminiscent to the traditional chinese walled-off courtyards and at night the building inverts itself where the façade lights up and projects shadows of the flowers outside. 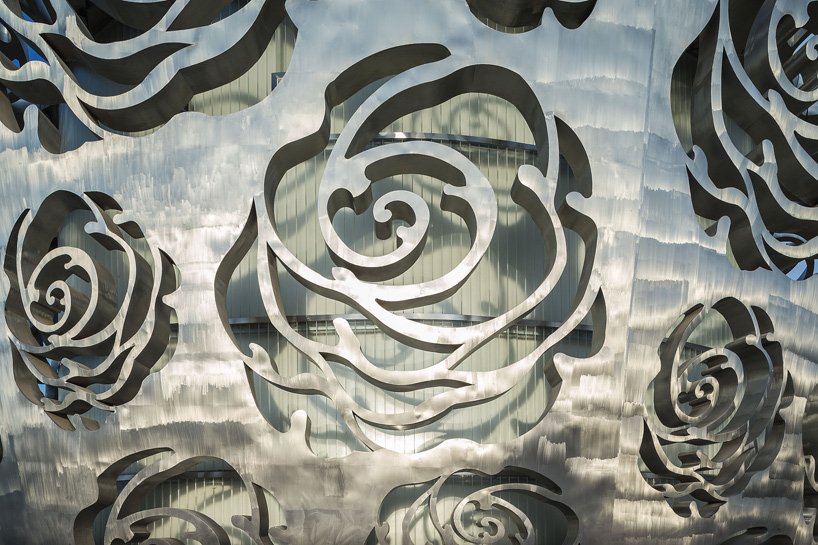 throughout history, the walled courtyard program epitomized traditional chinese architecture and culture; it became the ‘ideal model’ to embody social and the harmony between man, house and nature.  the semi-transparent walls engages with the surrounding space, in contrast to the solid heart of the museum building. john van de water, partner at NEXT architects, comments: ‘the main challenge with the rose museum was to find a modern chinese identity for a building which significance is so deeply rooted into chinese culture.’ 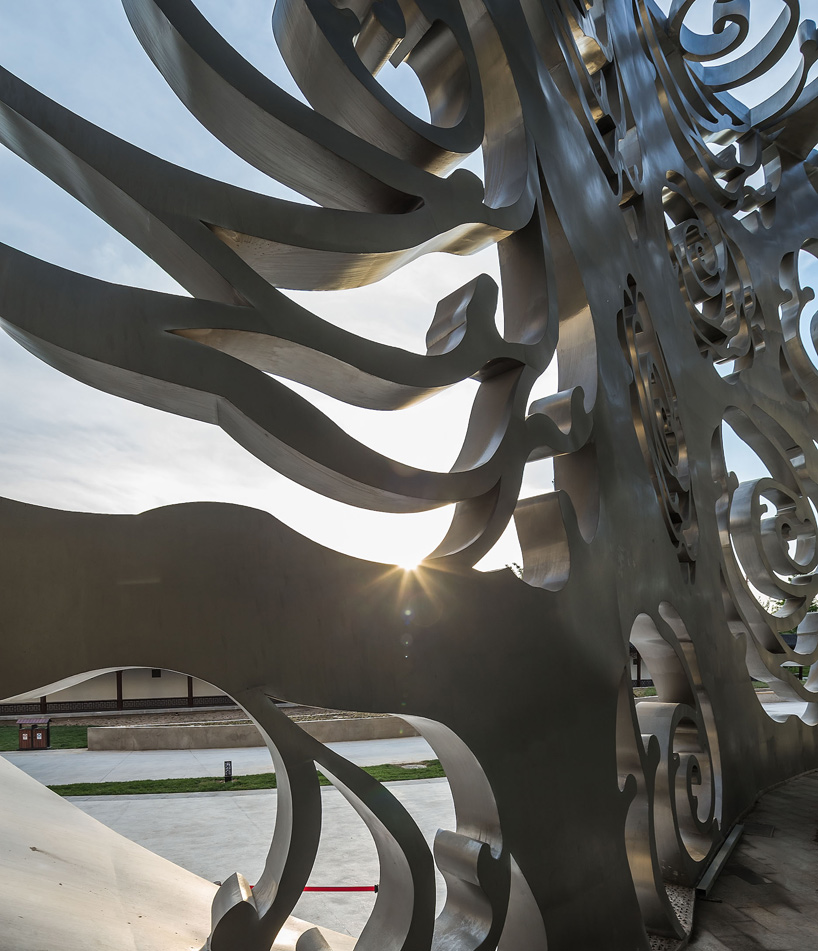 the steel envelope is perforated with a rose pattern the design was selected in an international competition in 2014