a collaboration between NEXT architects and visual artist paul edens, the ‘it goddeloas fiersicht’ landmark stands along the national landscape of the noardelike fryske wâlden in the netherlands. its name, meaning ‘wicked path’ in the native local frisian language, derives from the name of the historic path where it is located, built in 1453 as a monastery path between dokkum and drachten. used by monks as a safe trade route through the area during the middle ages, the path is now a recreational route, on which the landmark, part of the ‘de centrale as’ highway, is built as ‘a mystical space that connects nature, geology, ecology and history in a poetic way.’ 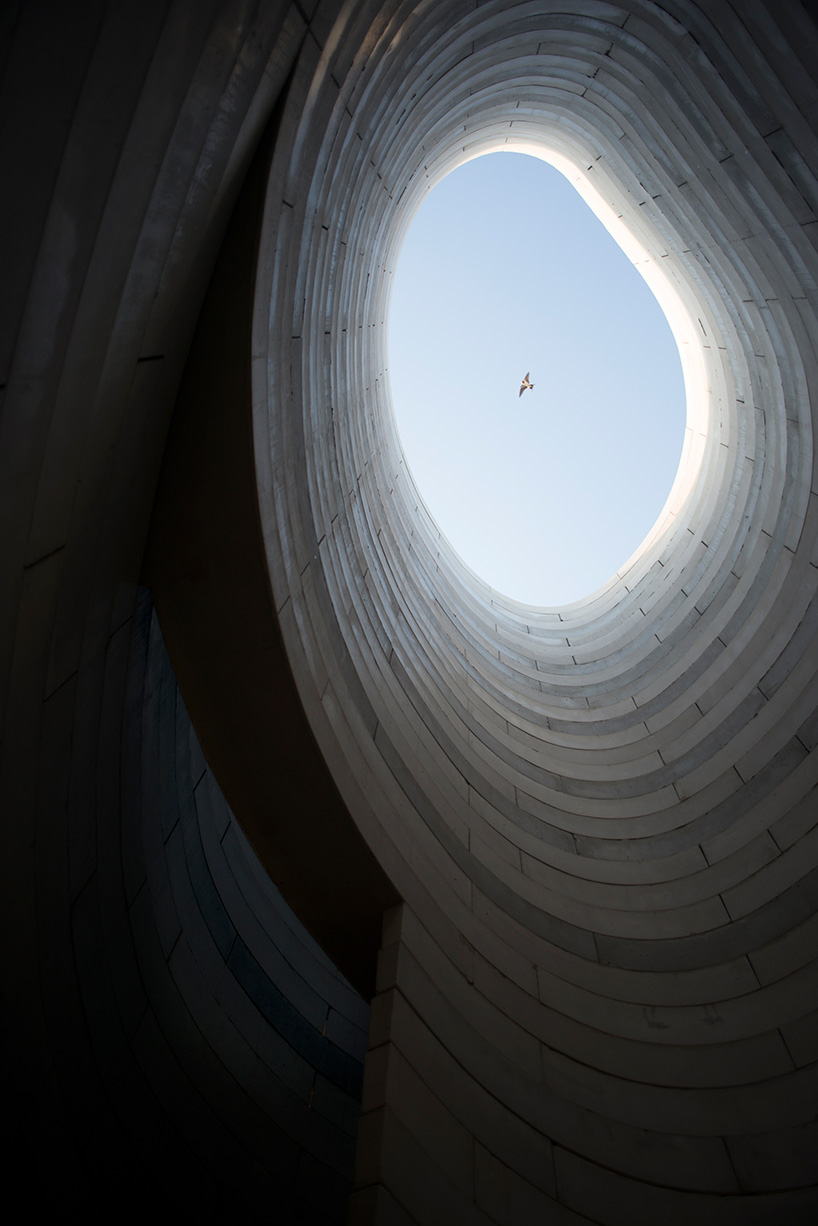 photos by sander foederer, courtesy of NEXT architects

the ground where ‘it goddeloas fiersicht’ stands was formed during the ice ages, which NEXT and paul edens have taken as a starting point for the design. drilling through the land about 5 to 7 meters nap+, and building up layers of soil, the landmark brings the old ground level back, providing visitors with a new perspective on the landscape. 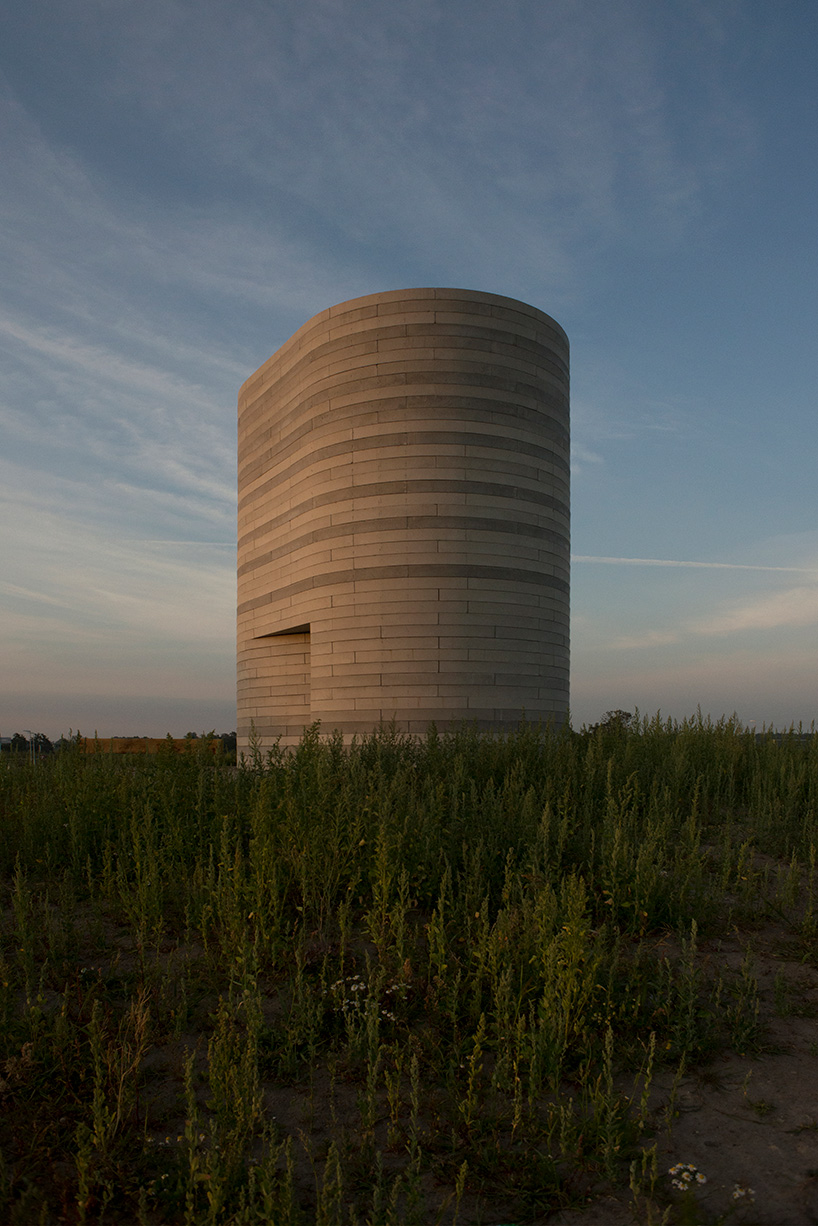 the concrete structure stands on a mound in the form of a tower, and functions as a viewpoint with a staircase that circles upwards, leading to a plateau that can accommodate a number of people. there, at the top, visitors can have a view of the noardlike fryske wâlden on one side, and of the largest boulder that was found during the construction works of ‘de centrale as’, lying on the bottom level on the other. 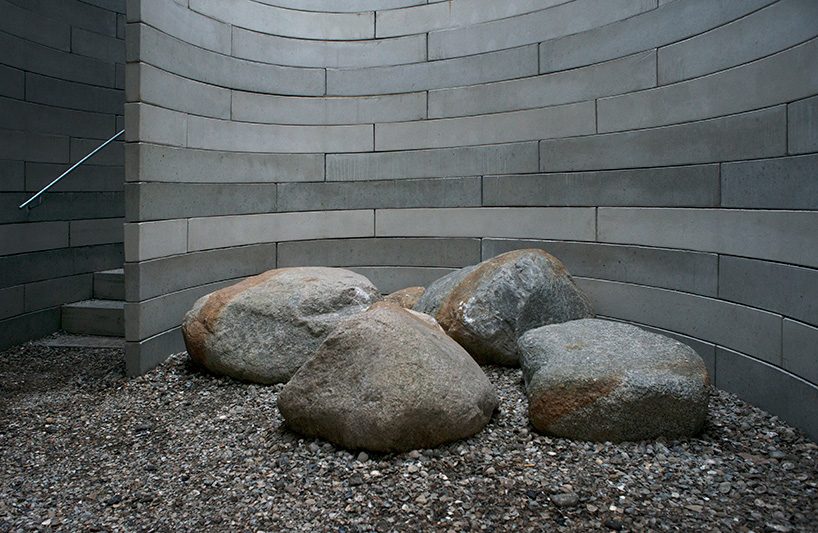 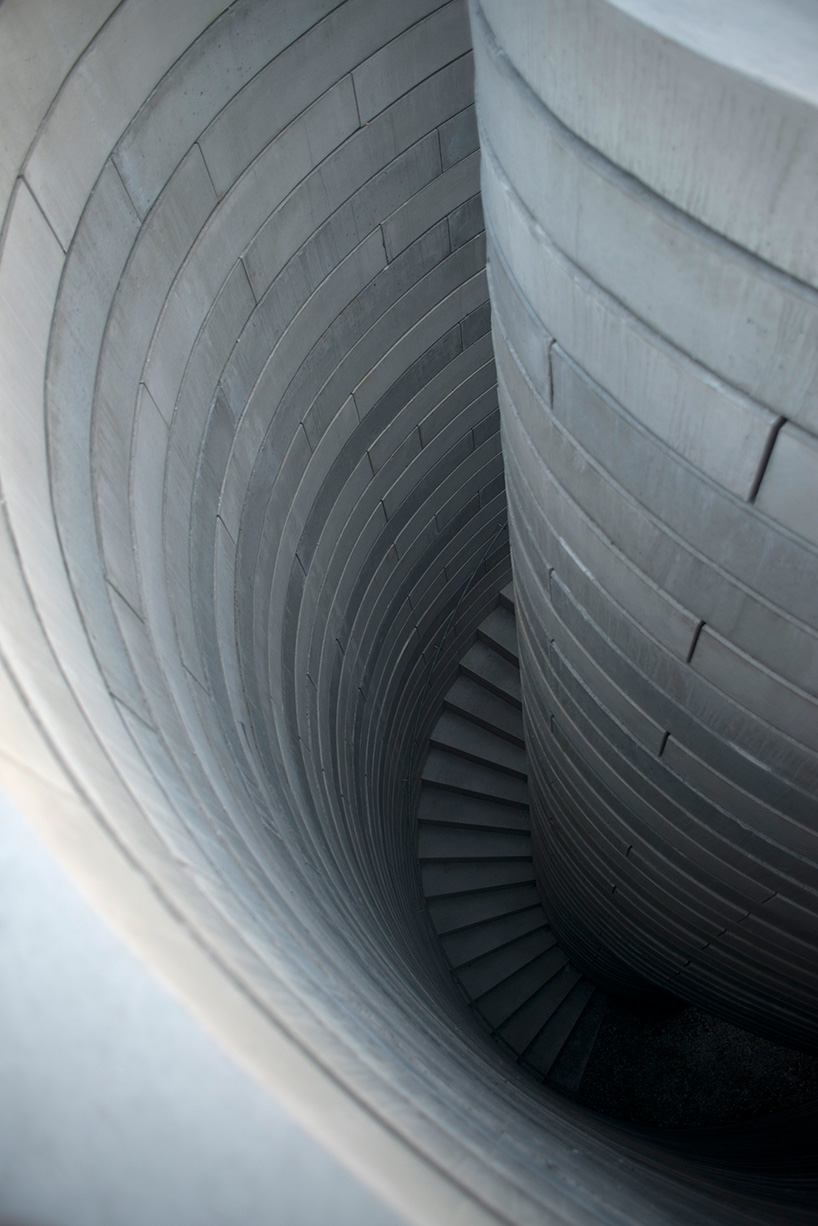 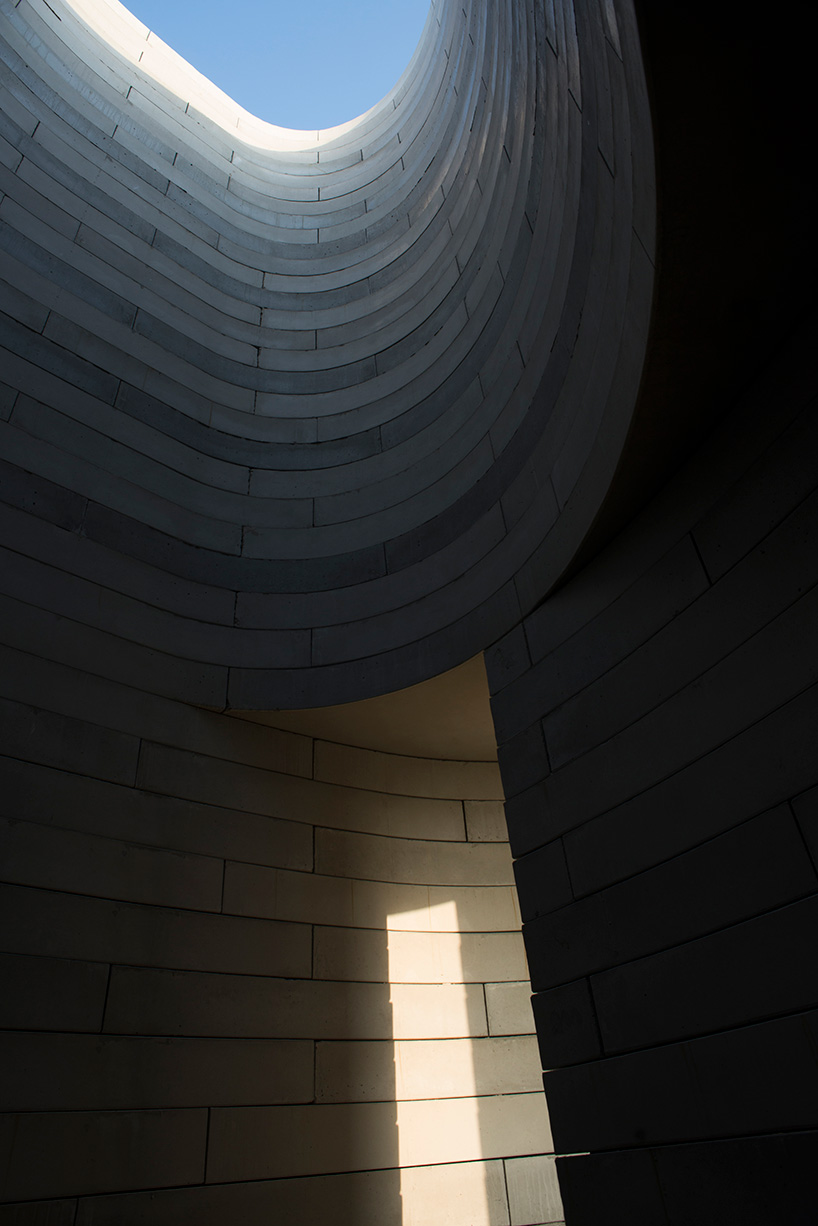 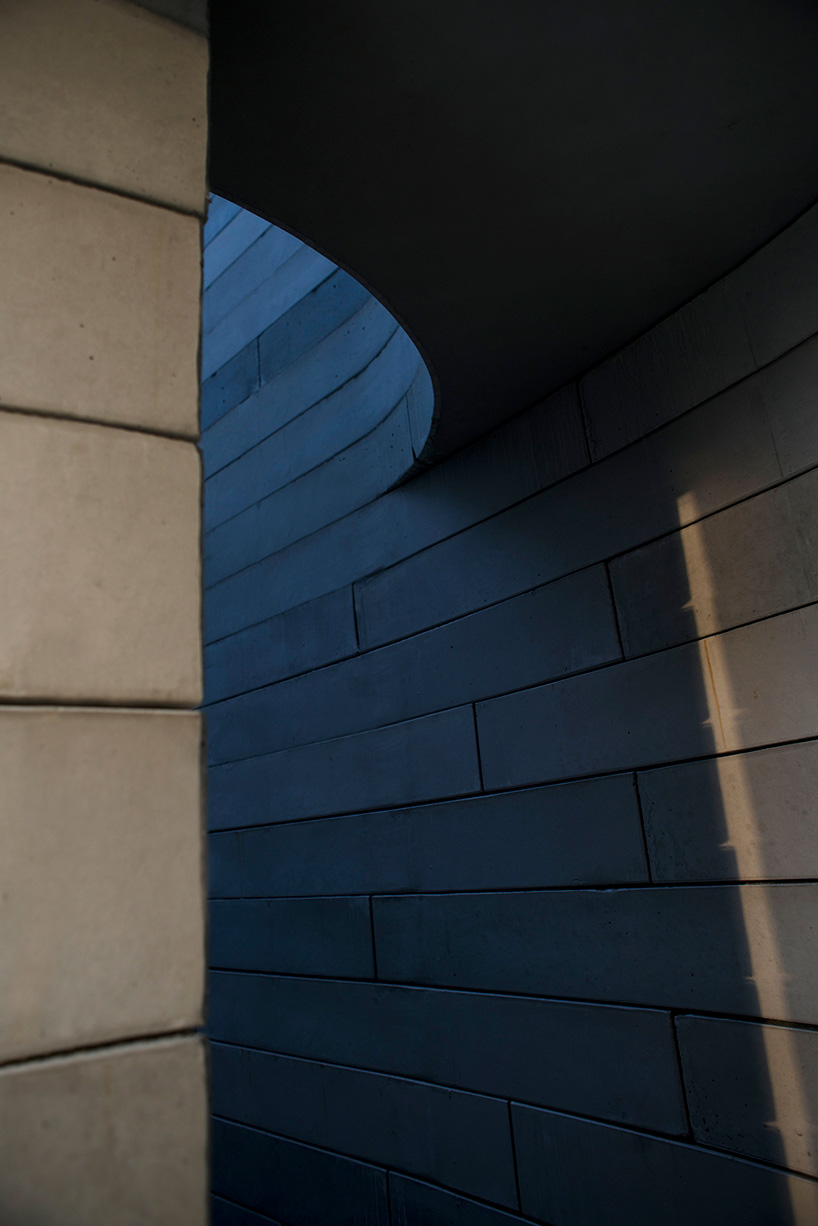 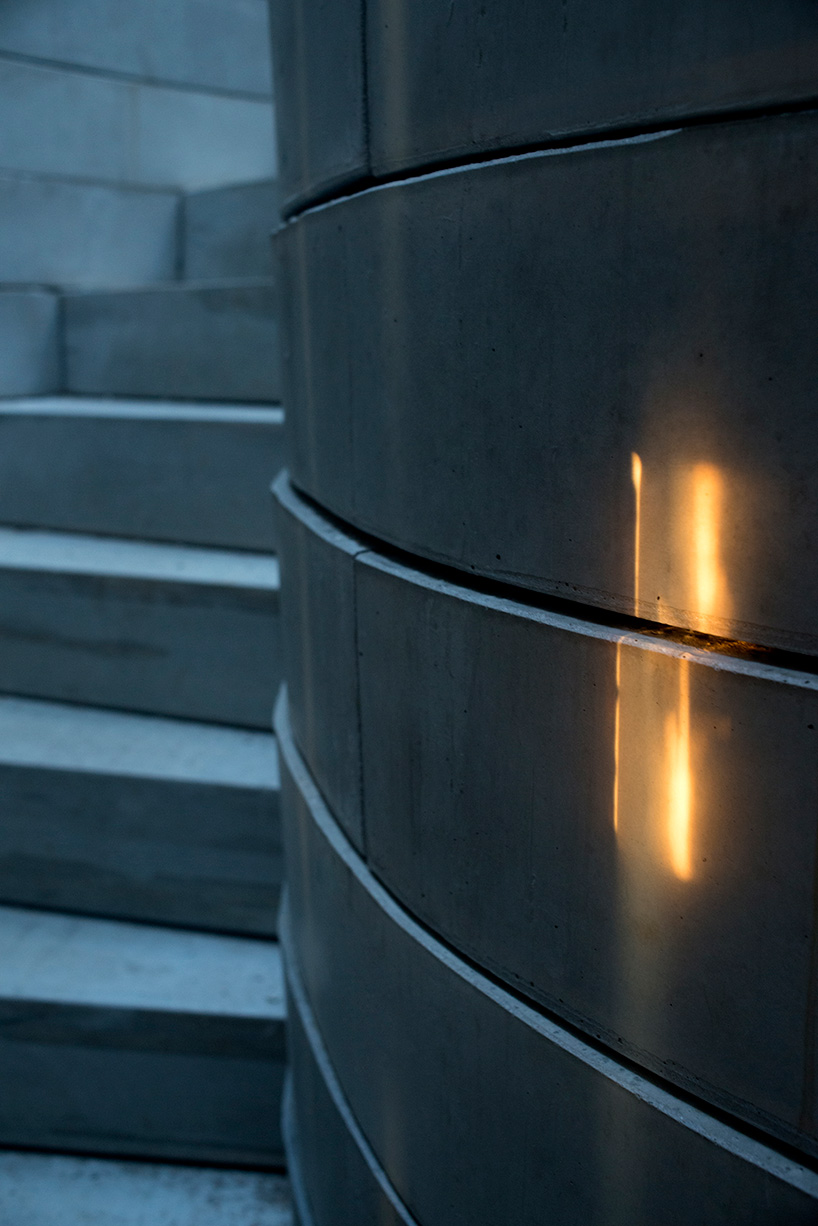 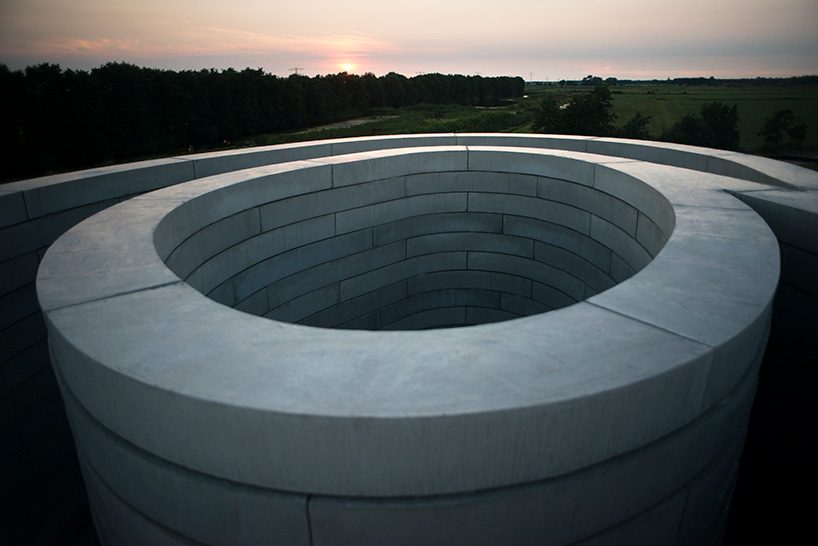 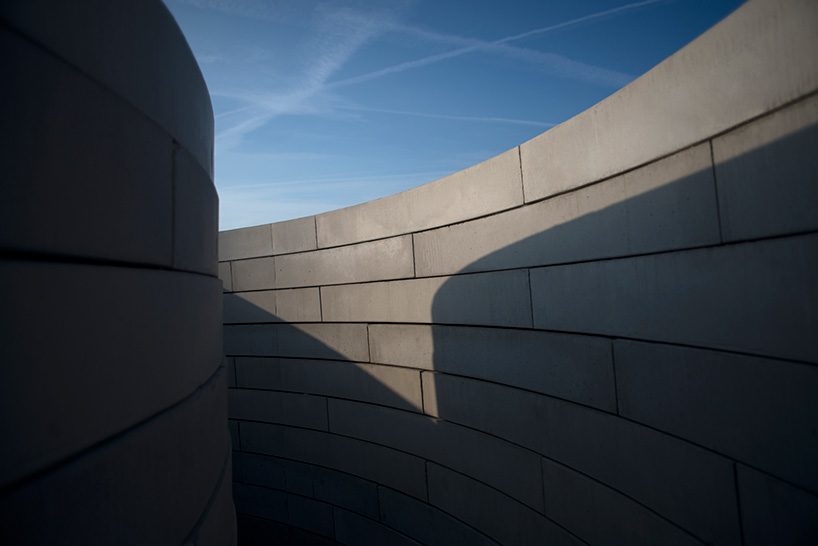 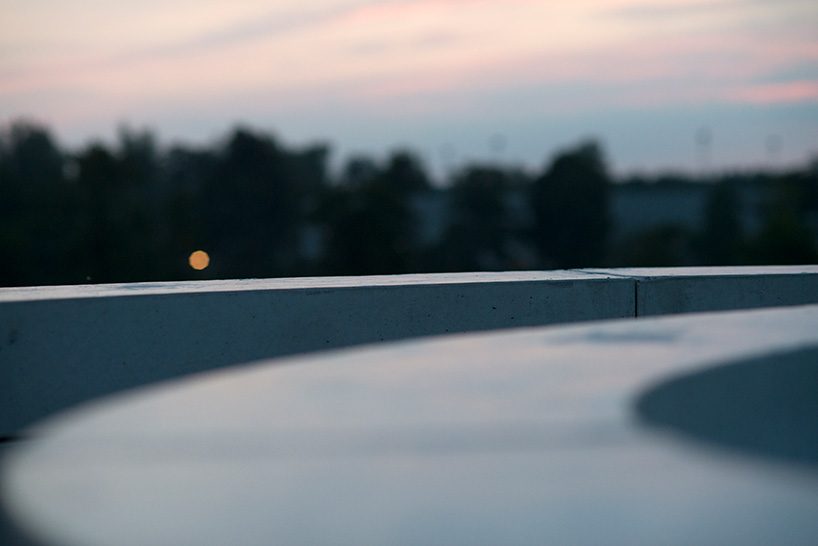 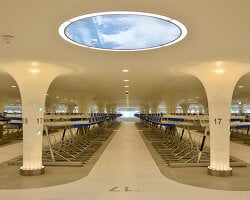 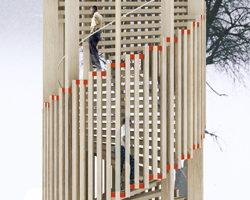