with this speculative piece, kuala lumpur-based design studio, no-to-scale, wants to remind the world of the original meaning behind lady liberty and her glowing torch. the project is called ‘hidden liberty’ and it imagines a monumental wall built around new york’s famous statue. not intended to be polarizing, the concept simply aims to shift the focus to lady liberty herself and ask: who is she holding the light for now? 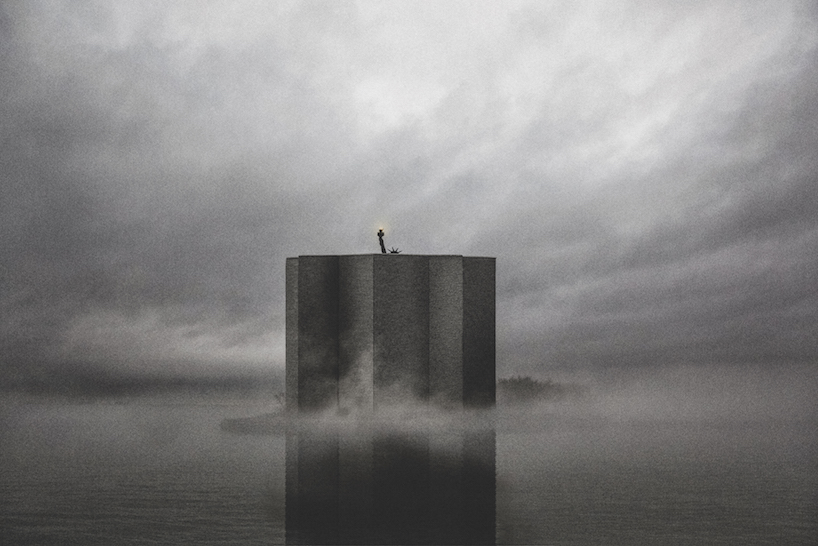 liberty island on a foggy morning

images and drawing courtesy of no-to-scale

first erected on liberty island in 1886, the statue of liberty was gifted to the united states of america by france as a symbol of friendship. not only a sign of friendly international relations, the immense copper sculpture was also seen as an icon of freedom as the figure – who represents libertas, a roman liberty goddess – appears to be walking forward with a broken shackle and chain at her feet. from 1886 to the early 1920s, the colossal statue was a symbol of hope, holding her beacon high for new migrants setting foot onto american soil and yearning for the economic opportunities, religious and political freedom the land promises. 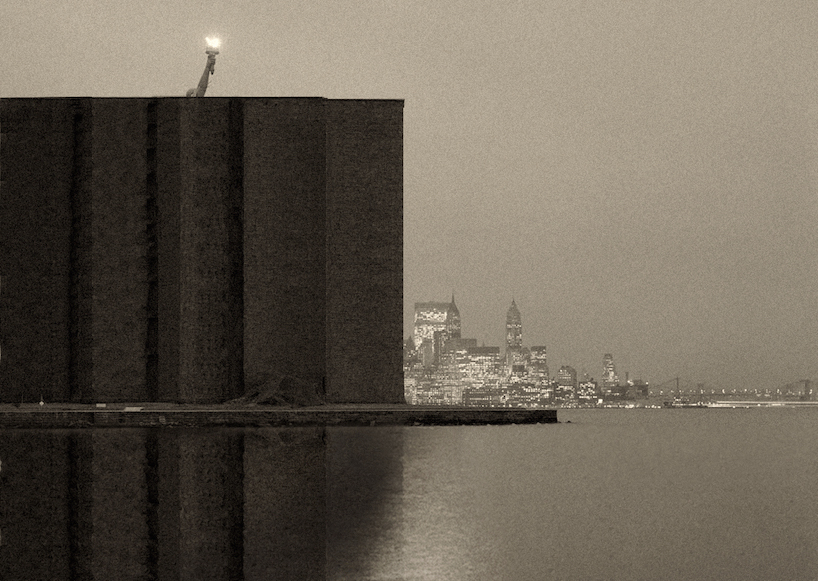 hidden liberty with a view of manhattan in the background

as the eyes of the world now looks to the US and its internal state of affairs, ‘hidden liberty’ becomes a reflection piece to remind the world of the meaning of the glowing light that pierces through the heavy fog of new york harbor. ‘give me your tired, your poor, your huddled masses yearning to breathe free.’ these iconic words are etched in bronze and mounted on the statue of liberty’s pedestal; taken from the 1883 poem by american poet, emma lazarus. 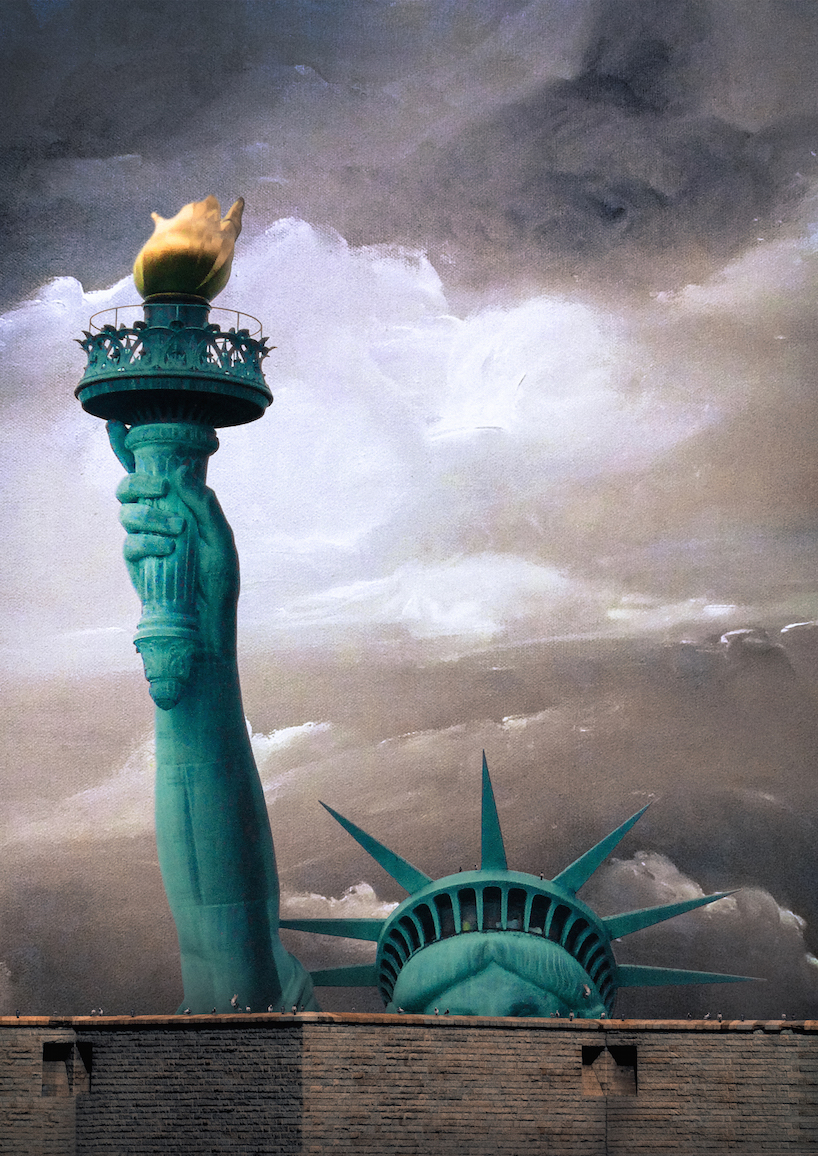 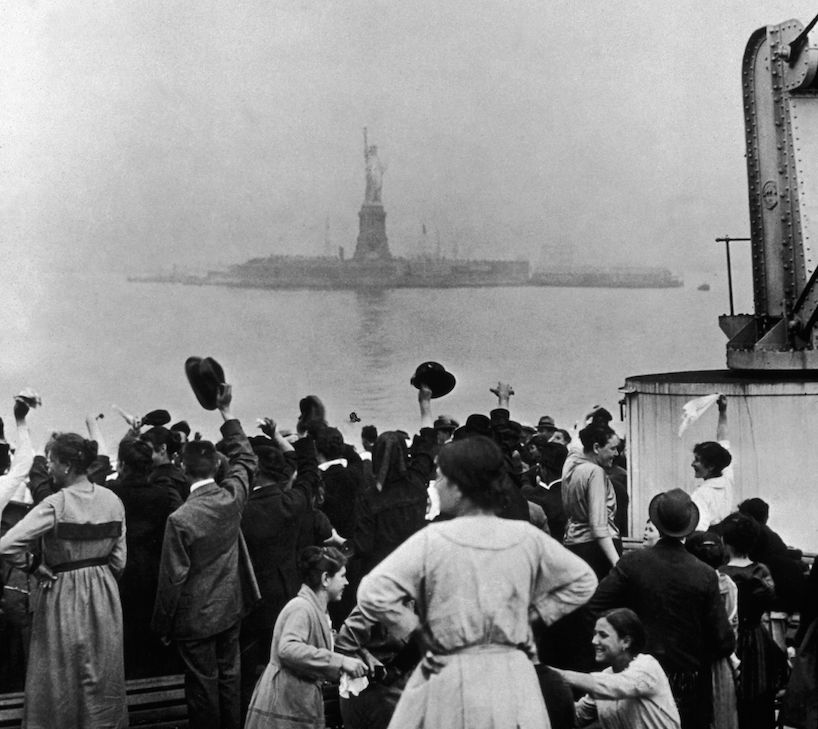 immigrants celebrate seeing the statue of liberty as their ship pulls into new york harbor, circa 1900 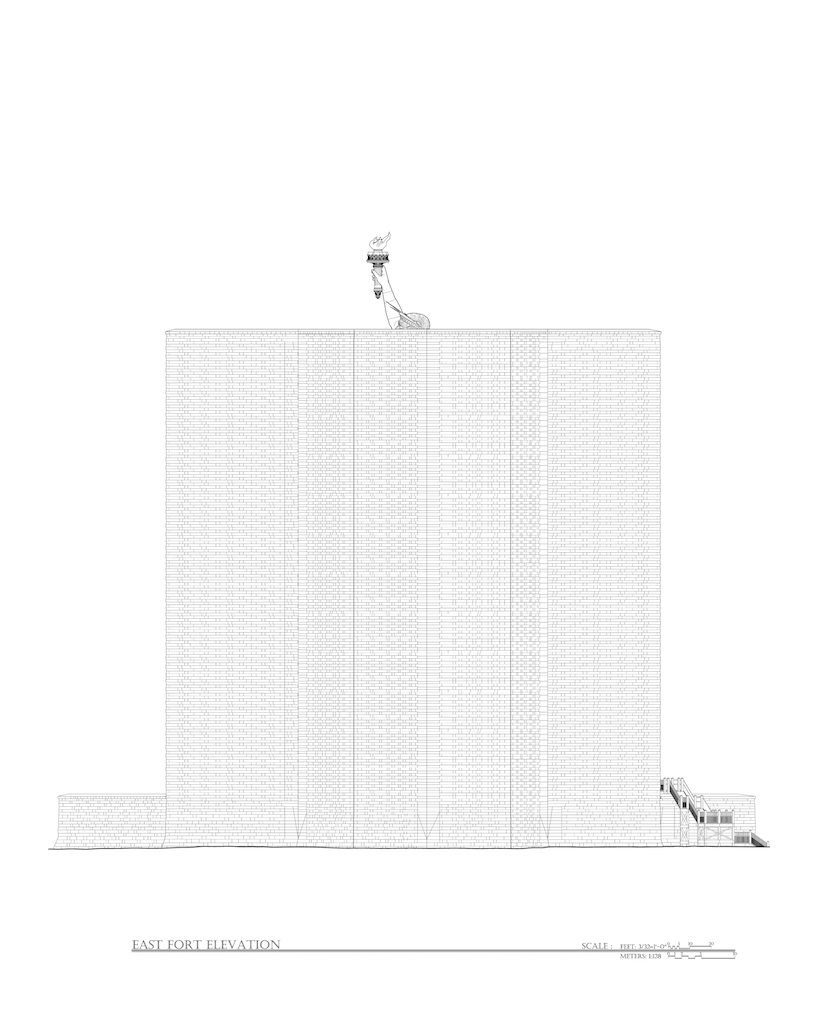