for NOBU’s mexico city restaurant sordo madaleno arquitectos took inspiration from the 4 elements to transform a colonial-style mansion built in 1953 into a contemporary setting – in keeping with the brand’s other locations.

the ground floor comprises three narrow bays contained within the original layout of the house. these were subjected to a new distribution, with the first bay being assigned to service and circulation areas. the other two zones are given over the dining experience.

the materials chosen for the interior design are dominated by dark and neutral colors, with the intention of emphasizing the carvings and furniture using lighting design and highlighting. the constant presence of natural elements with a strong character, including stone, wood and metal, was key to defining the warmth of the spaces. 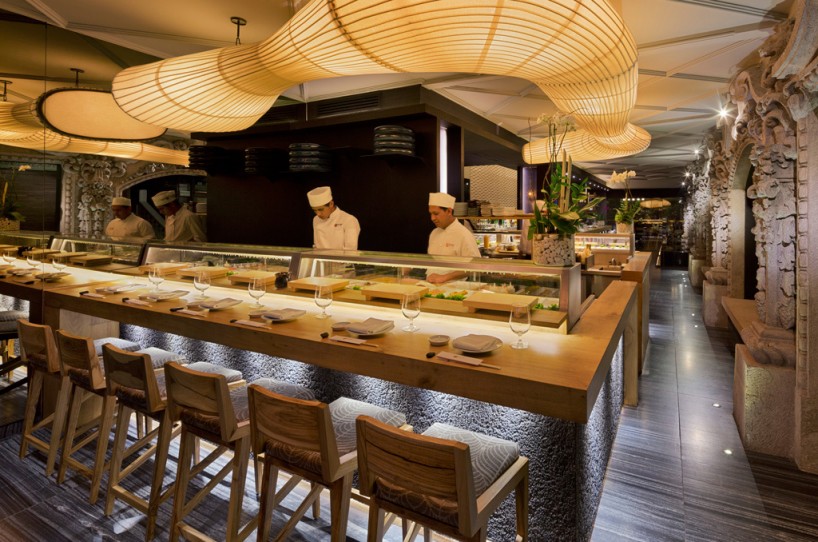 these long, narrow bays suggest the idea of a dimly-lit cave with a number of distinct spaces linked visually by the original carved stone ornamental arches, which cross a water pool to give on to a semi-open, triple-height courtyard area bathed in natural light. this courtyard is contained by high walls covered with irregular slabs of stone and niches illuminated by candles, and a significant presence of vegetation.

the principal dining area within the second bay contains an imposing and interesting element. unfolding itself from its root in the reception area and suspended the full length of the ceiling, it shelters the dining tables beneath the intricacy of a mangrove root, highlighted with points of light that form shadows with a range of depths.

the third bay houses a semi-private dining room, the sushi bar, the courtyard entrance and the drinks bar. in front of the mansion, two linked terraces were designed to make best use of the pleasant exterior ambiance, transferring it towards the interior. 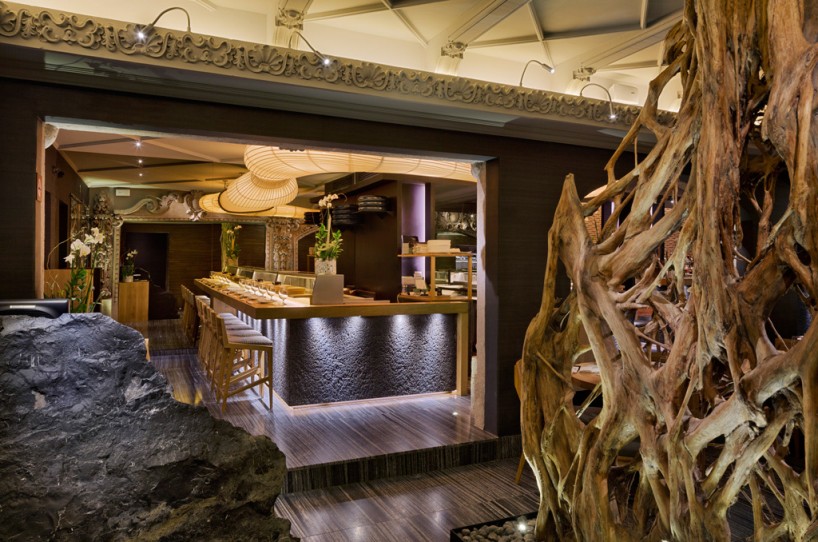 view from dining area to bar

this restaurant is particularly notable for a number of elements never before seen in the global NOBU concept, as a specific contribution of sordo madaleno arquitectos. the furnishing was exclusively designed by SMA for the restaurant, guided by the notions of simplicity, functionality and design, each piece formed from solid wood, with innovative proposals in new formats.

original design elements of the house occupied by the restaurant were preserved, restored and highlighted, such as the ceiling moldings and the carved stone arches. these are features that confer a special and unique character to these spaces. 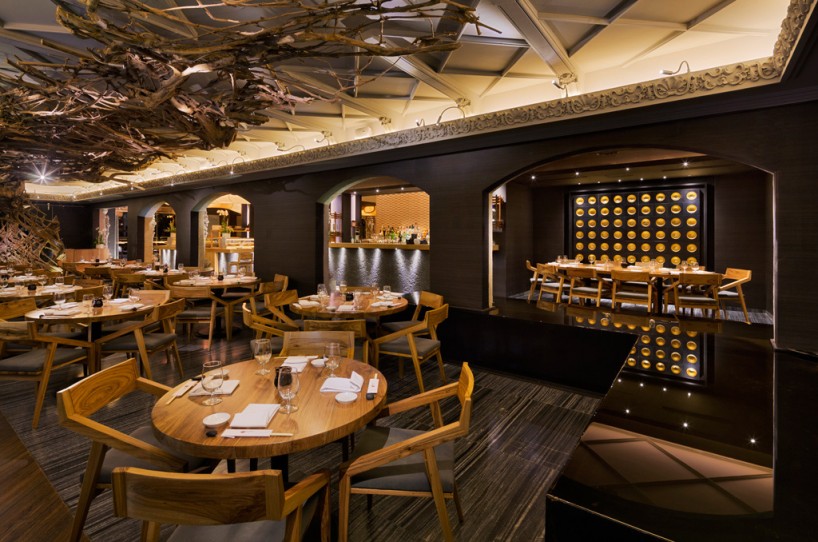 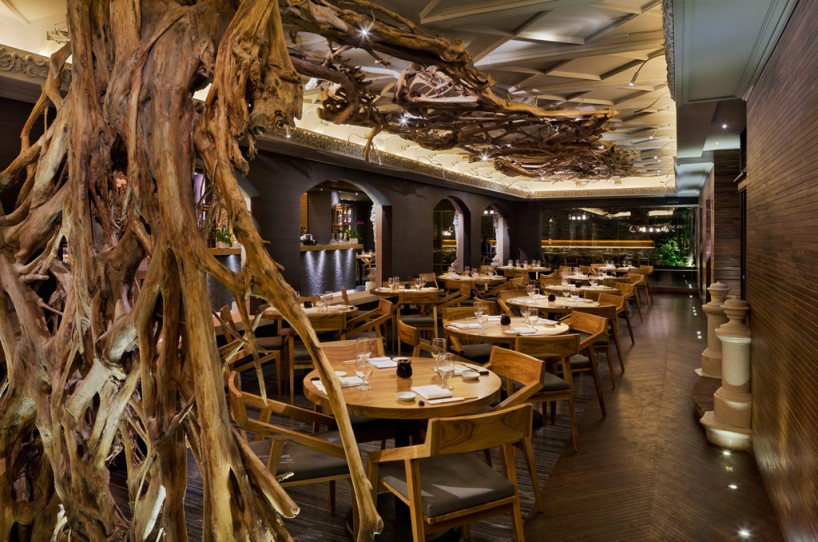 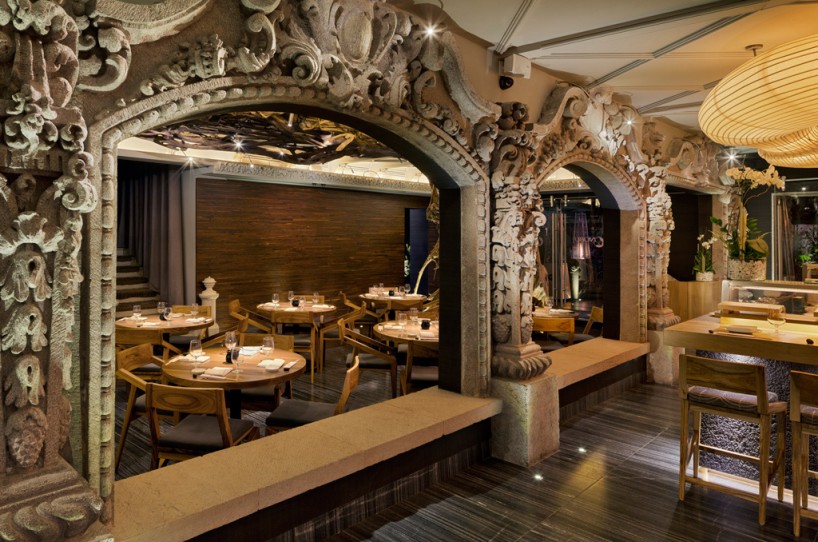 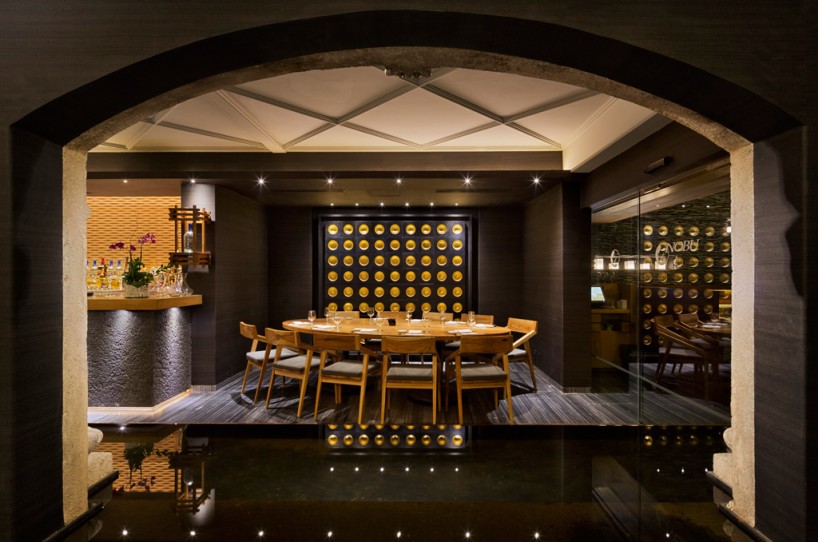 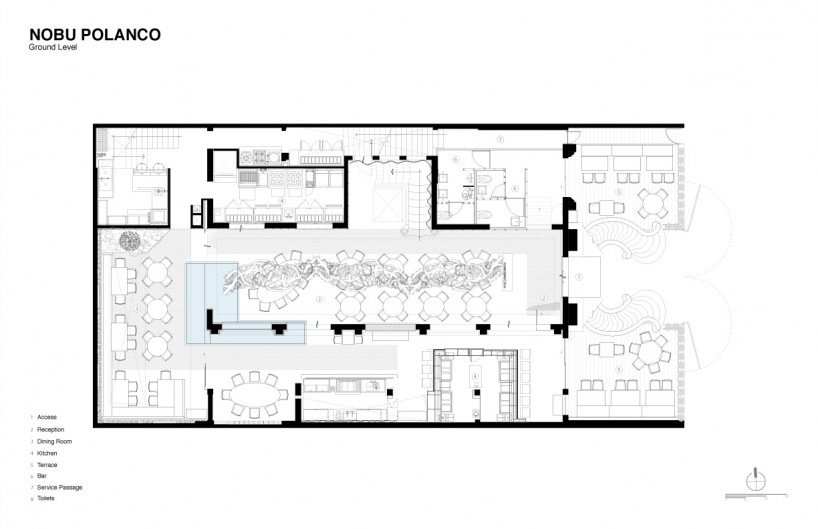 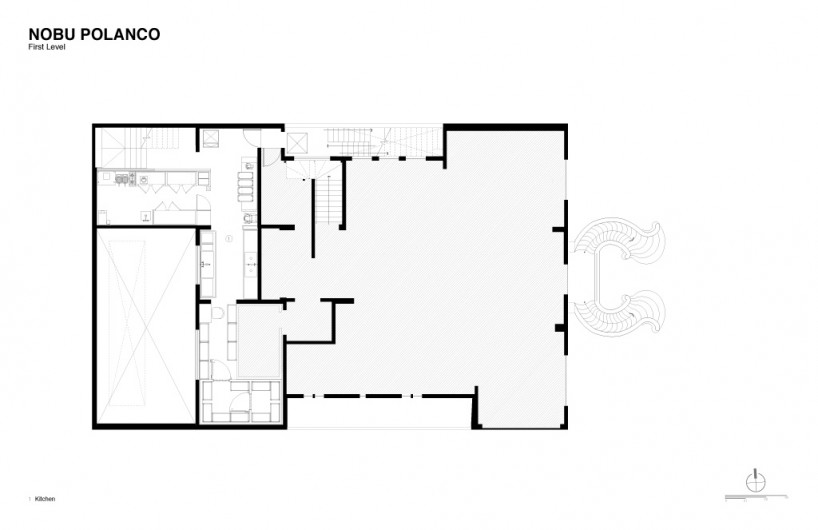 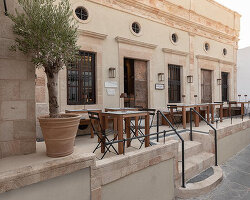 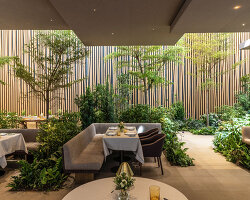 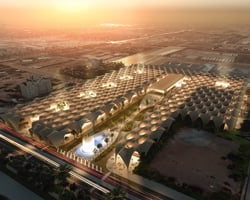 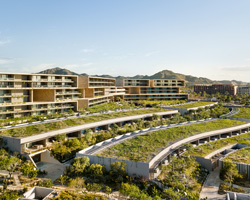 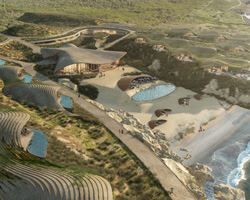 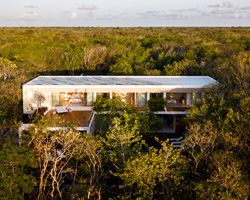