as part of metsä wood’s the city above the city competition (plan B), NYC architecture and design studio nooyoon reveals its ‘flipped house’ entry proposal. the project introduces an innovative ‘add-on’ building typology that would be incorporated unto an existing row house in the city of london, UK. 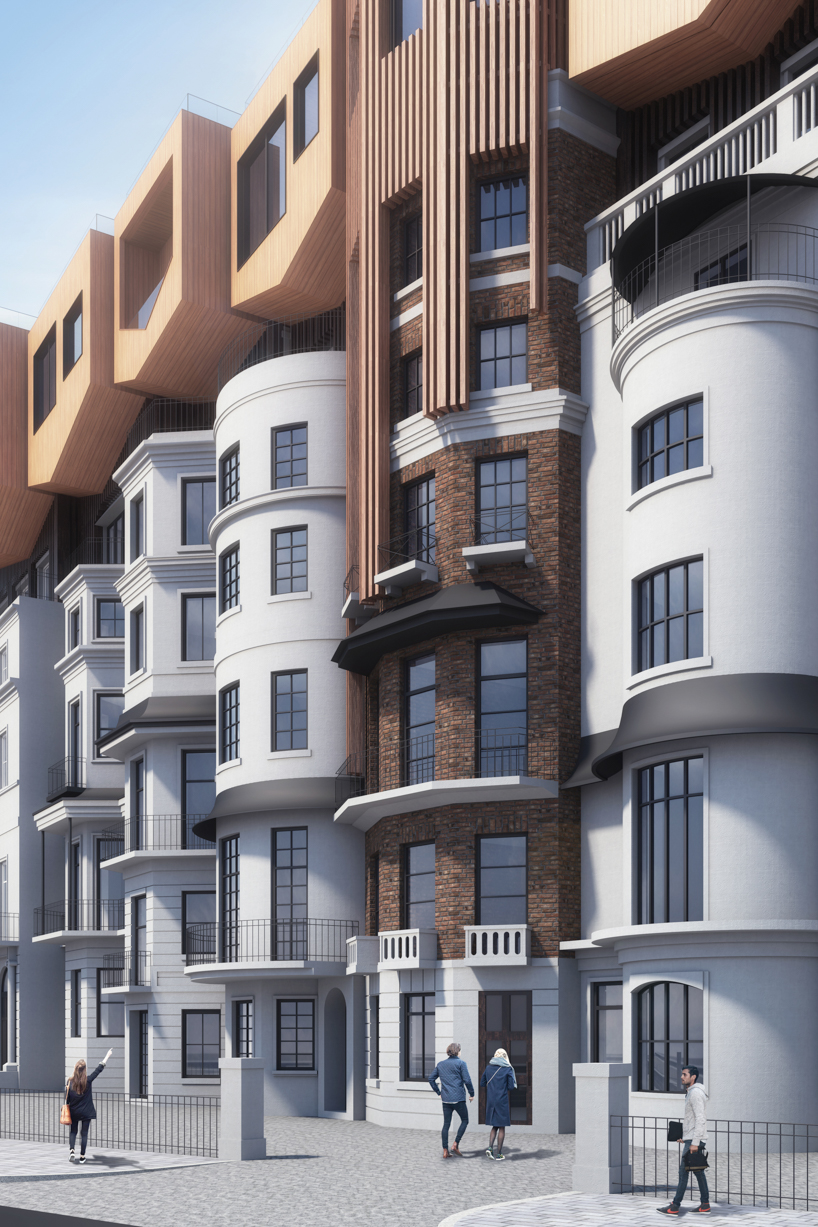 the city above the city competition (plan B) by metsä wood focused on the continuous expansion of cities worldwide and the need to explore alternative housing solutions for the growth of urban populations. currently, 7.25 billion people populate the planet and more than half have been living in cities since 2008. according to the population division of the united nations department of economic and social affairs, the world’s urban population will grow to 6.4 billion by 2050. as a result, each city is struggling to deal with this issue by developing high-density residential areas. based on those facts, nooyoon and other participants were required to re-define the use of wood in today’s urban architecture by creating an additional floor area for an existing building structure. in other words, the aim was to creatively increase the verticality of urban housing — as a solution to the horizontal extension of cities. 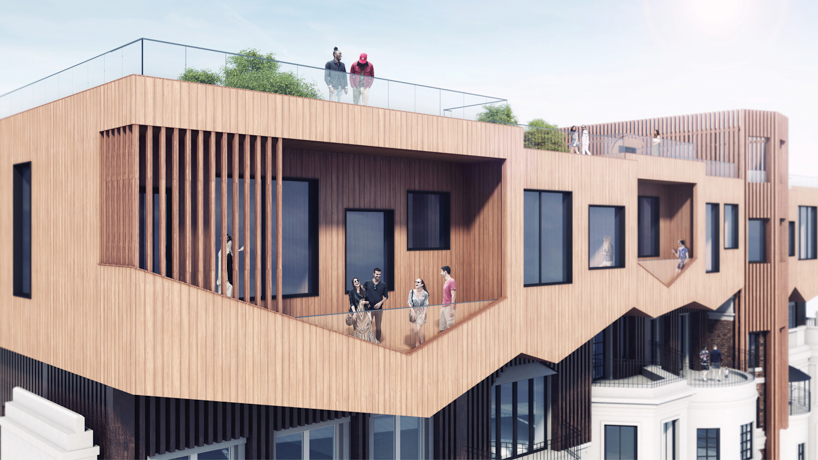 perspective view of the additional floor

nooyoon chose to work on a site in mayfair, london’s west end area, towards the eastern edge of hyde park. buildings were erected in the early 19th century and a row of seven houses offers a great view toward the park. the district includes commercial and residential properties as well as upmarket shops and a restaurant. being one of the most expensive pieces of real estate in london, the neighborhood is also well preserved because renovation is preferred over building new houses which have no historical value. therefore, mayfair seemed like the ideal location to test design solutions by creating additional floor areas. 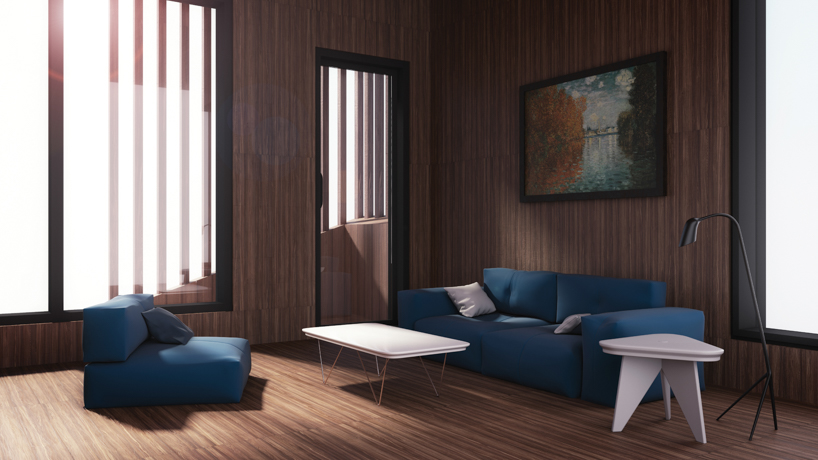 historically, row houses have been popular in western countries since the 16th century. also known as terrace houses, they are one of the most dominant architectural elements in the existing fabric of old cities such as london, paris, and new york. because of their historical value, redeployment is not easy and can destroy the ‘structure’ of existing cities. thus, adding another floor unto an existing row house is one effective solution to deal with urban sprawl issues and preserve the existing urban fabric. 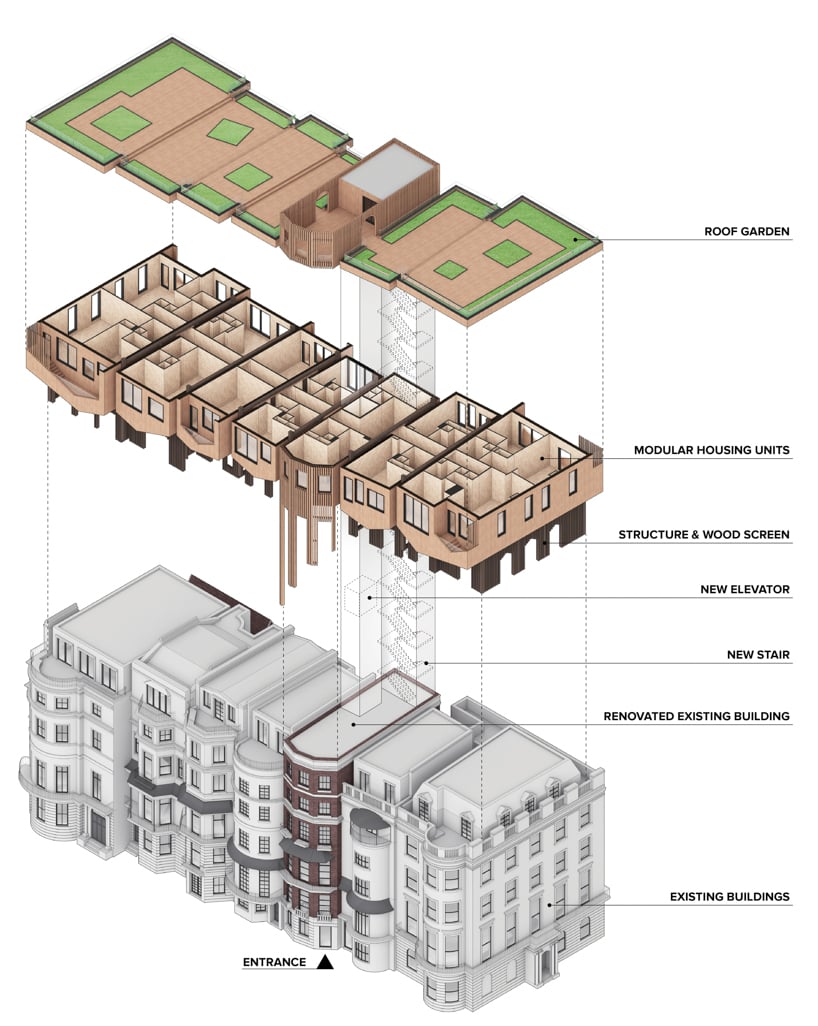 basically, a flipped house is a modular system that uses the existing row house’s structure — which is embedded in the building walls. the vertical timber structure of the existing building is extended beyond the roof by using laminated veneer lumber (LVL), a material that is both sturdy and lighter than steel or concrete structures. in the end, the modular housing unit will be located between extended LVL structures. 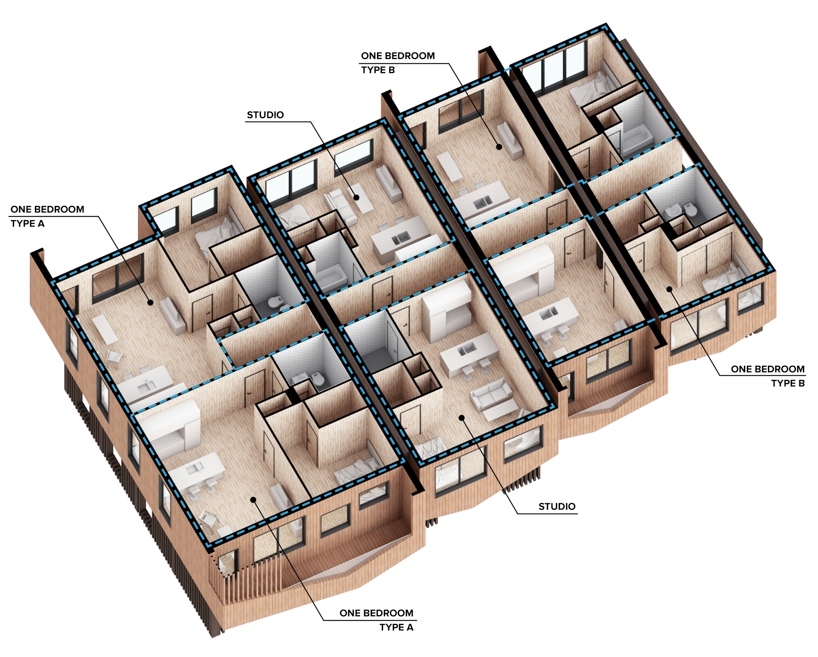 each housing segment has two residential units and a corridor; a cluster of those modules forms a typical double-corridor residential floor. in addition, adjacent segments can be combined to create bigger housing units. at the given site, flipped houses share only one existing building as a vertical circulation core. in other words, renovating just one of seven existing buildings not only minimizes the destruction of historical features but it also saves construction costs. 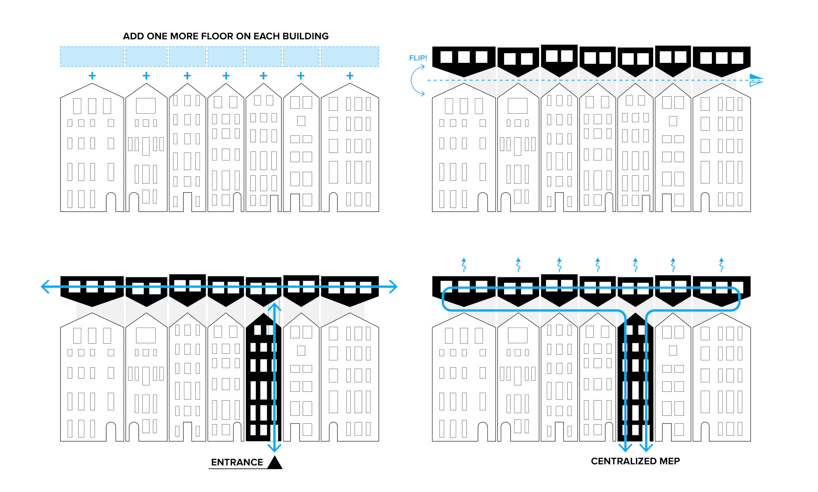 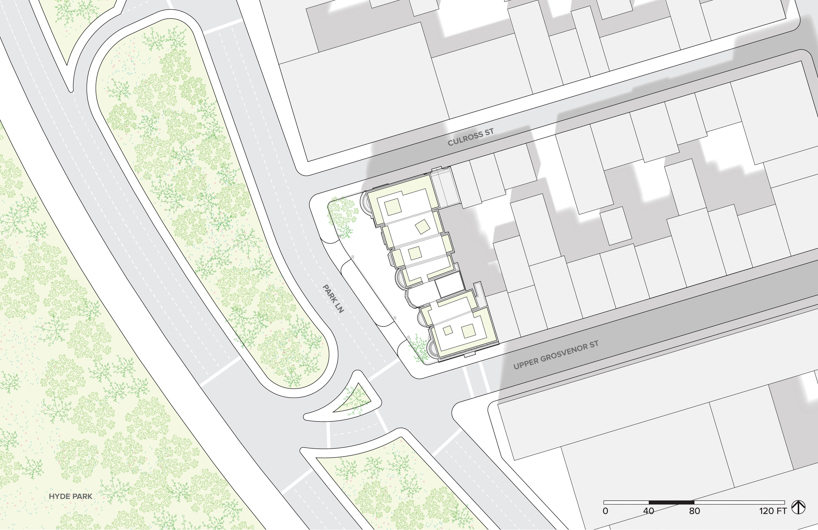 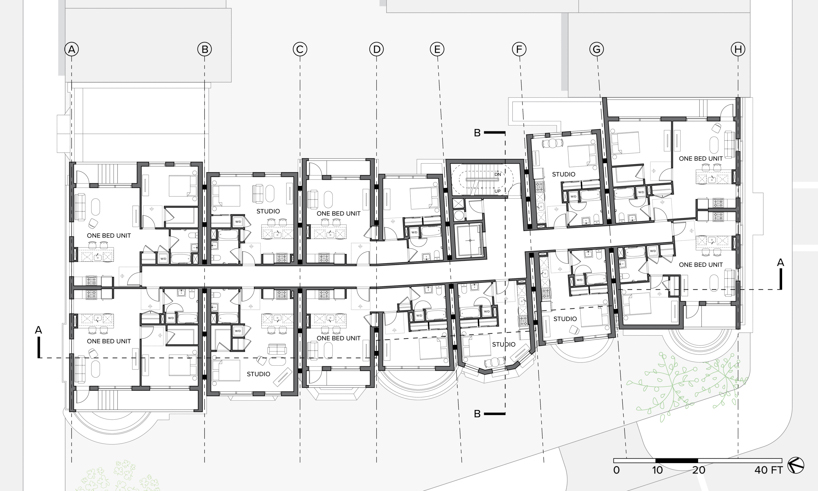 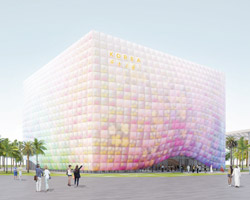 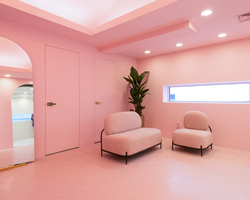 May 15, 2018
a whimsical wander showroom in seoul designed by nooyoon 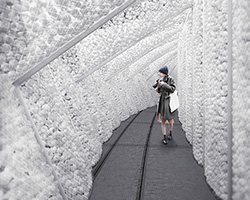 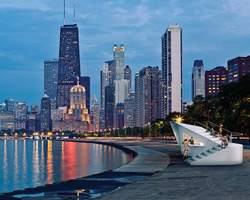 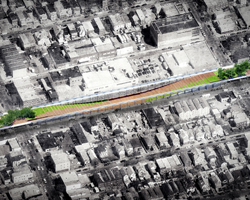 PLAN B: THE CITY ABOVE THE CITY COMPETITION (4) 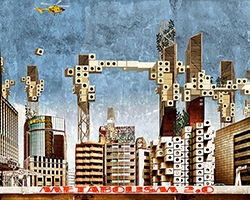 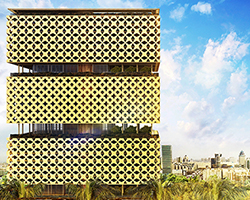 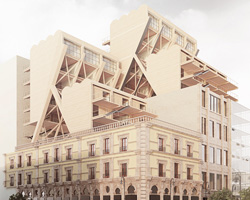 Nov 08, 2016
the city above the city competition: romero+santana's rooftop houses