in the japanese city of nagoya, local practice norisada maeda atelier has completed ‘EAST & WEST’, a residential property whose internal spatial configuration has been almost automatically defined by a computational process. utilizing CAD, the design team produced an algorithm to define the layout of the home’s rooms and functional units.

using a list of rooms required by the client as a starting point, the following restraints were placed on the automated design: a large opening was required on the south and west elevations, providing natural daylight; rooms had to remain at their predetermined level, (for example the kitchen must be positioned on the ground floor); and a south facing balcony must be included. after the model had been generated, the architect refined the details,of the scheme cladding the exterior of the building with corrugated aluminum and rendering the sinuous interior with a brilliant white finish. 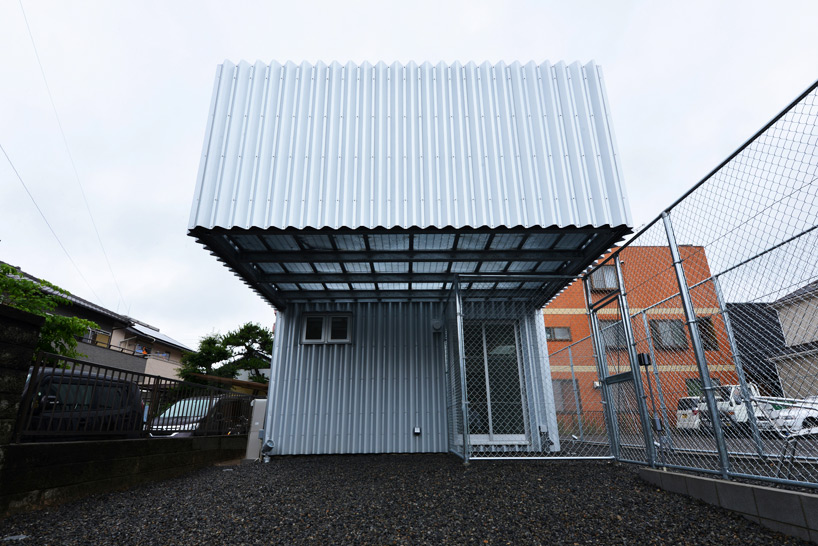 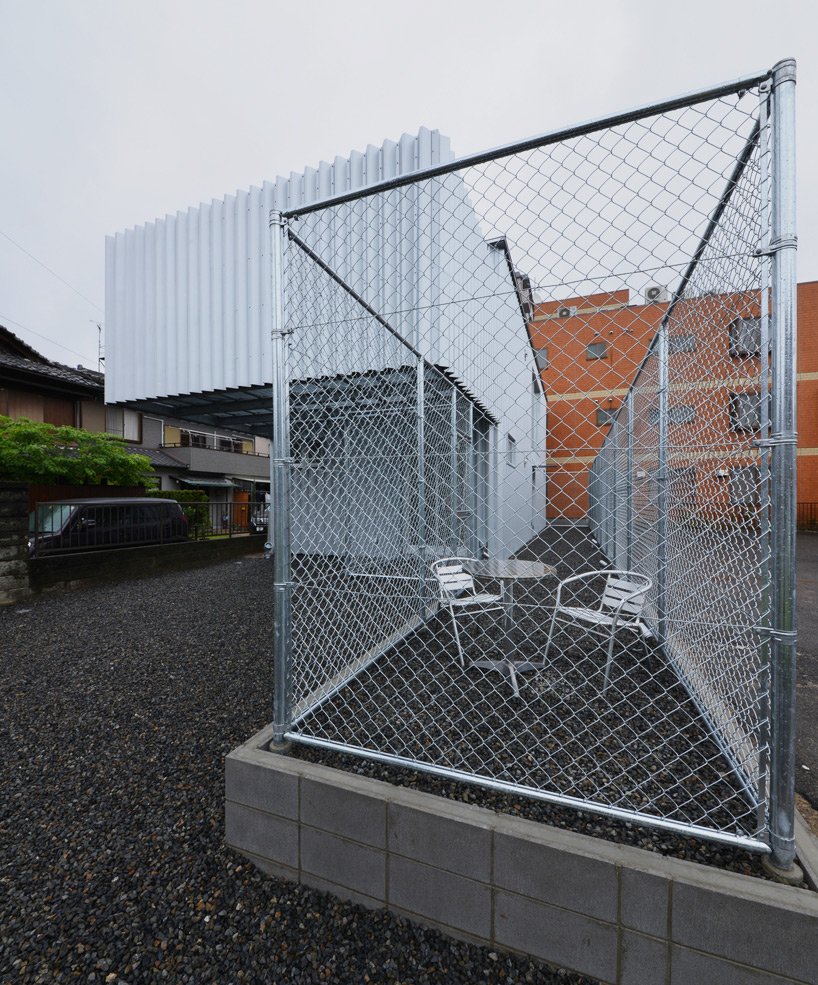 an external enclosure adjacent to the property
photo by studio dio 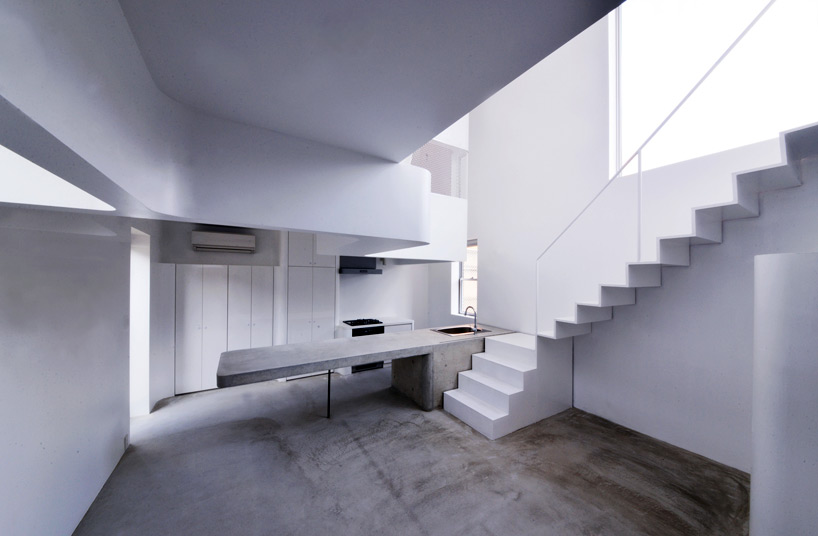 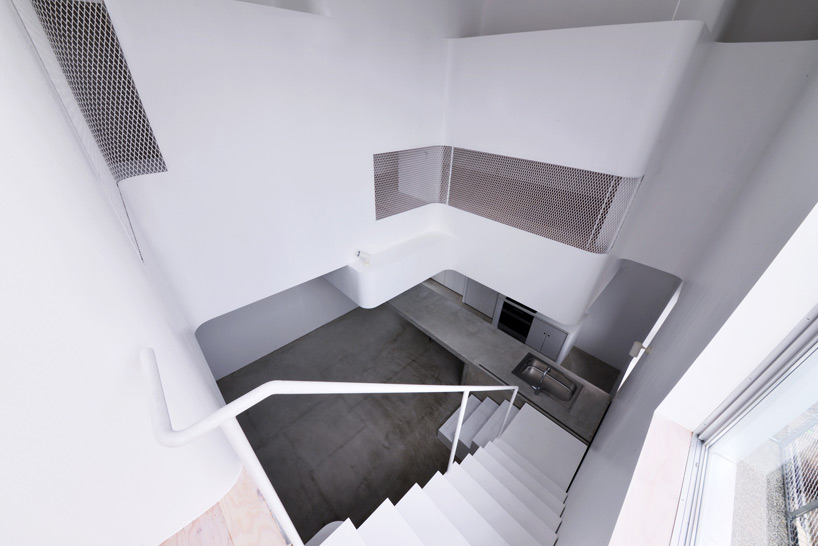 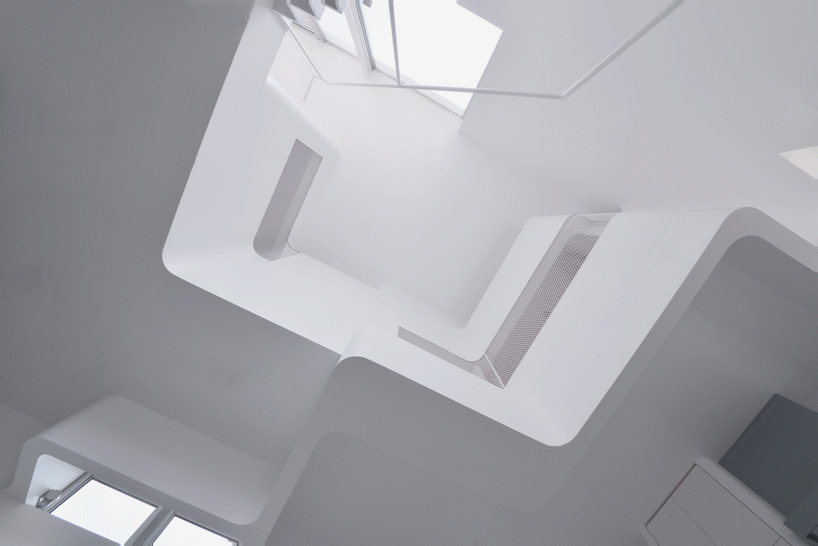 looking upwards inside the two-storey home
photo by studio dio 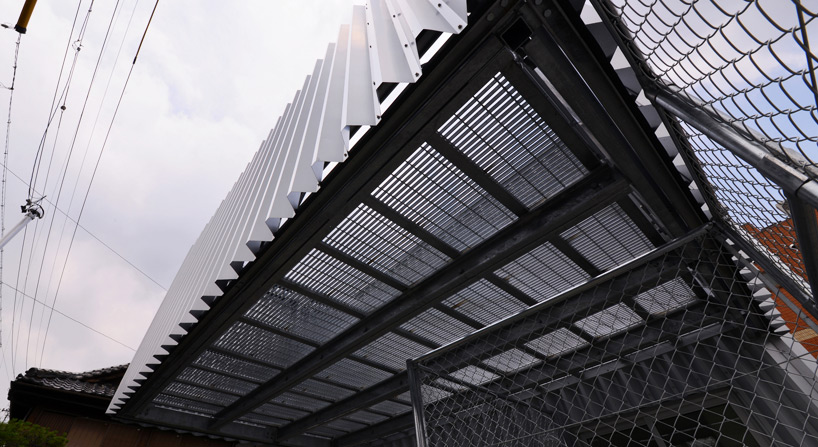 the south facing balcony viewed from below
photo by studio dio 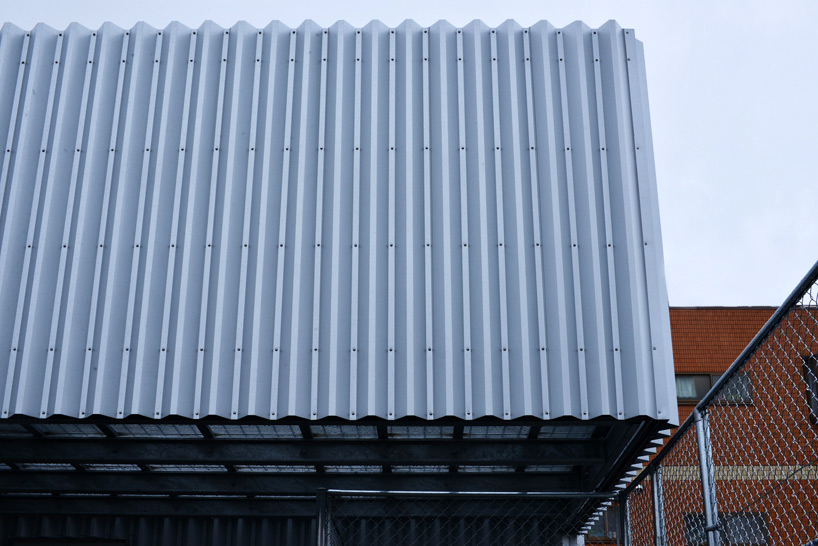 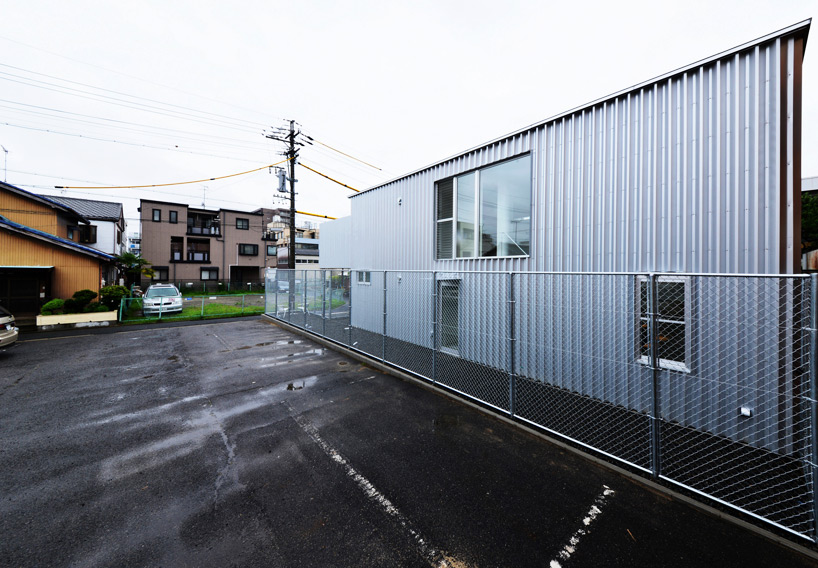 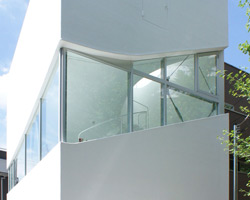 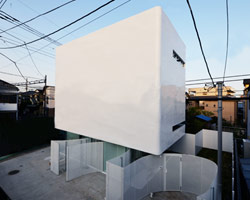 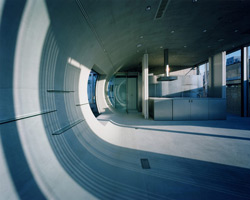 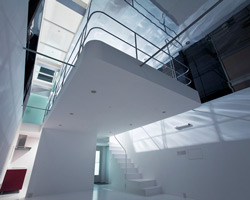