building on his experience of designing vast airport projects, british architect norman foster has revealed a proposal for a ‘droneport’ to be constructed in the east african country of rwanda. the pioneering scheme would support cargo drone routes capable of delivering urgent supplies to the region’s most remote areas.

able to transcend geographical barriers such as mountains and lakes, cargo drones can access areas unreachable by road. with africa’s population set to double to 2.2 billion by 2050, it would require unprecedented levels of infrastructural investment to catch up with the continent’s exponential growth. consequently, the utilization of drones is viewed as an important factor in africa’s development. 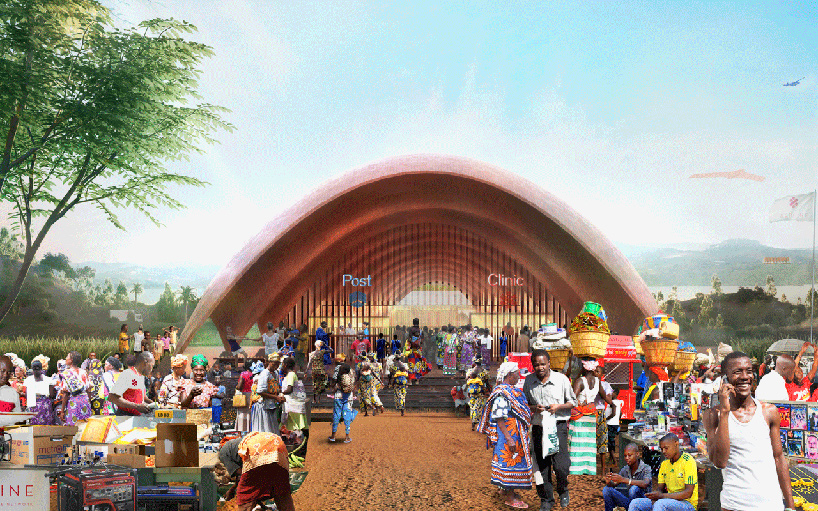 in foster’s design, a fleet of specialist drones could potentially carry blood and other life-saving supplies over 100 kilometers, providing an affordable alternative to road-based deliveries. parallel networks would operate two separate services, the ‘redline’ using smaller drones for medical and emergency supplies; and the commercial ‘blueline’, transporting larger payloads such as spare parts, electronics, and e-commerce — subsidizing the redline network. 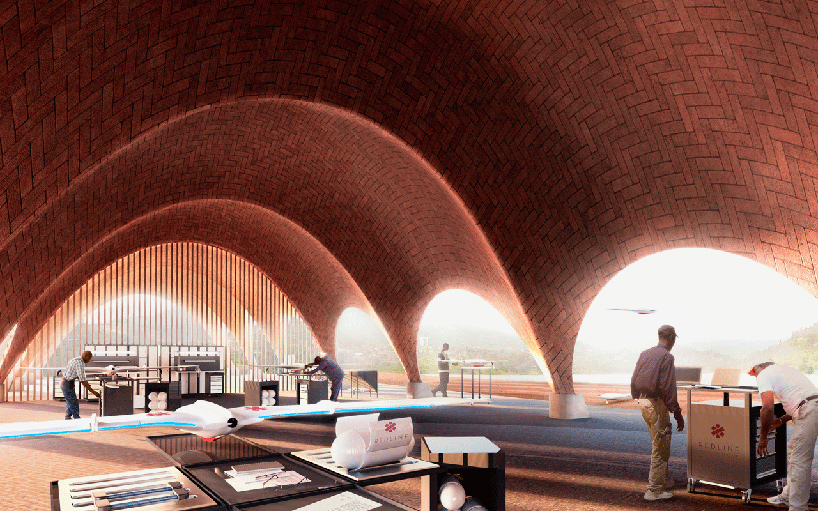 the project provides space for the safe landing of quiet drones

conceived as a new building typology, the terminus will present a strong civic presence, providing space for the safe landing of quiet drones. importantly, the scheme also includes a health clinic, a digital fabrication shop, a post and courier room, and an e-commerce trading hub, allowing it to become an integral part of local community life. 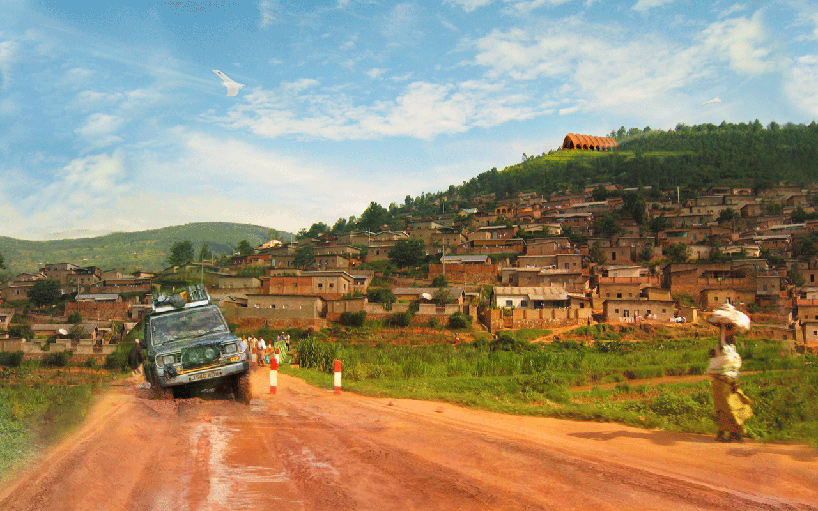 the droneport is imagined as a ‘kit-of-parts’ where only the basic formwork and brick-press machinery is delivered to site. the project’s raw materials, such as clay for bricks and boulders for the foundation, are locally sourced. the vaulted brick structure can be put together by members of the community, giving local workers important construction knowledge. 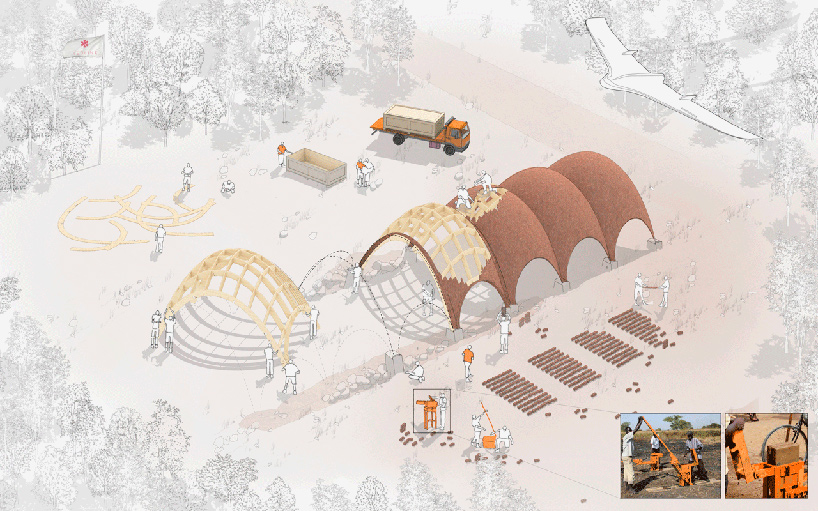 ‘africa is a continent where the gap between the population and infrastructural growth is increasing exponentially,’ explained lord foster. ‘the dearth of terrestrial infrastructure has a direct impact on the ability to deliver life-giving supplies, indeed where something as basic as blood is not always available for timely treatment.

‘we require immediate bold, radical solutions to address this issue. the droneport project is about doing ‘more with less’, capitalizing on the recent advancements in drone technology – something that is usually associated with war and hostilities – to make an immediate life-saving impact in africa. rwanda’s challenging geographical and social landscape makes it an ideal test-bed for the droneport project. this project can have massive impact through the century and save lives immediately.’ 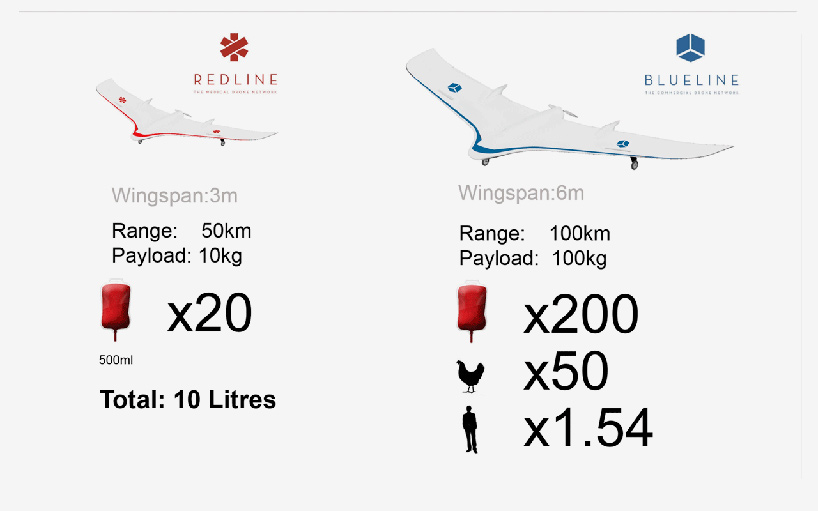 two parallel networks would operate services: the medical redline and the commercial blueline

with the pilot scheme slated to begin in 2016, subsequent phases of the project could see in excess of 40 droneports built across rwanda, with a possible expansion to neighboring countries such as congo. the scheme is a collaboration between redline partners led by afrotech, école polytechnique fédérale de lausanne (EPFL); the norman foster foundation; and foster + partners.

Jan 14, 2021
junya ishigami completes plaza of kanagawa institute of technology in japan
remaining open to the elements, the project has been conceived as an expansive landscape that changes with the seasons and the weather.
architecture
405 shares
connections: +1490