on september 7, 2006, larry silverstein — the chairman of silverstein properties, the developer behind new york’s world trade center — announced that british architect norman foster would design 2WTC — one of the four skyscrapers planned as part of the site’s rebuilding. in the wake of the 2008 financial crisis, foster’s design, which comprised a cluster of four diamond-shaped shards, never broke ground, and, in 2015, it was replaced by a design by bjarke ingels group. however, after news corp, the tower’s supposed primary tenant, decided against relocating from its current midtown headquarters, ingels’ design was similarly shelved. 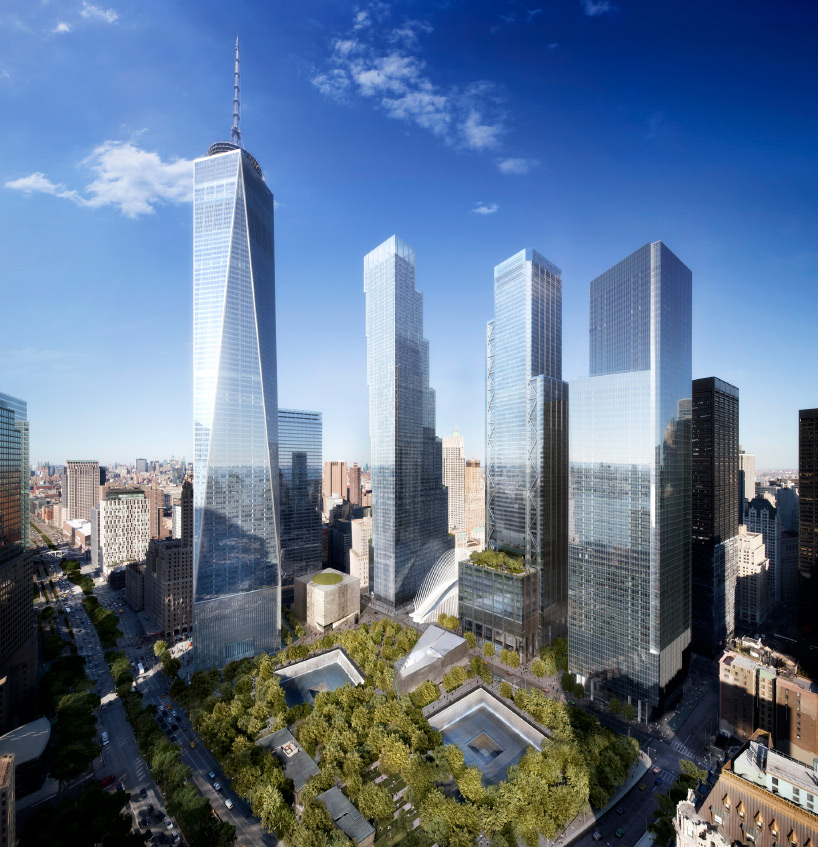 now, 14 years after foster was unveiled as the tower’s architect, it seems that he is working to revise his original design to accommodate the demands of silverstein properties. according to an exclusive interview in the new york post, foster’s design is being ‘significantly modified to be more reflective of contemporary needs and taste’. however, no rendering is currently available as the scheme is still a work in progress. according to larry silverstein, his development team will focus efforts on fully leasing 3WTC, designed by rogers stirk harbour + partners, before construction begins on 2WTC. read the interview in full here. 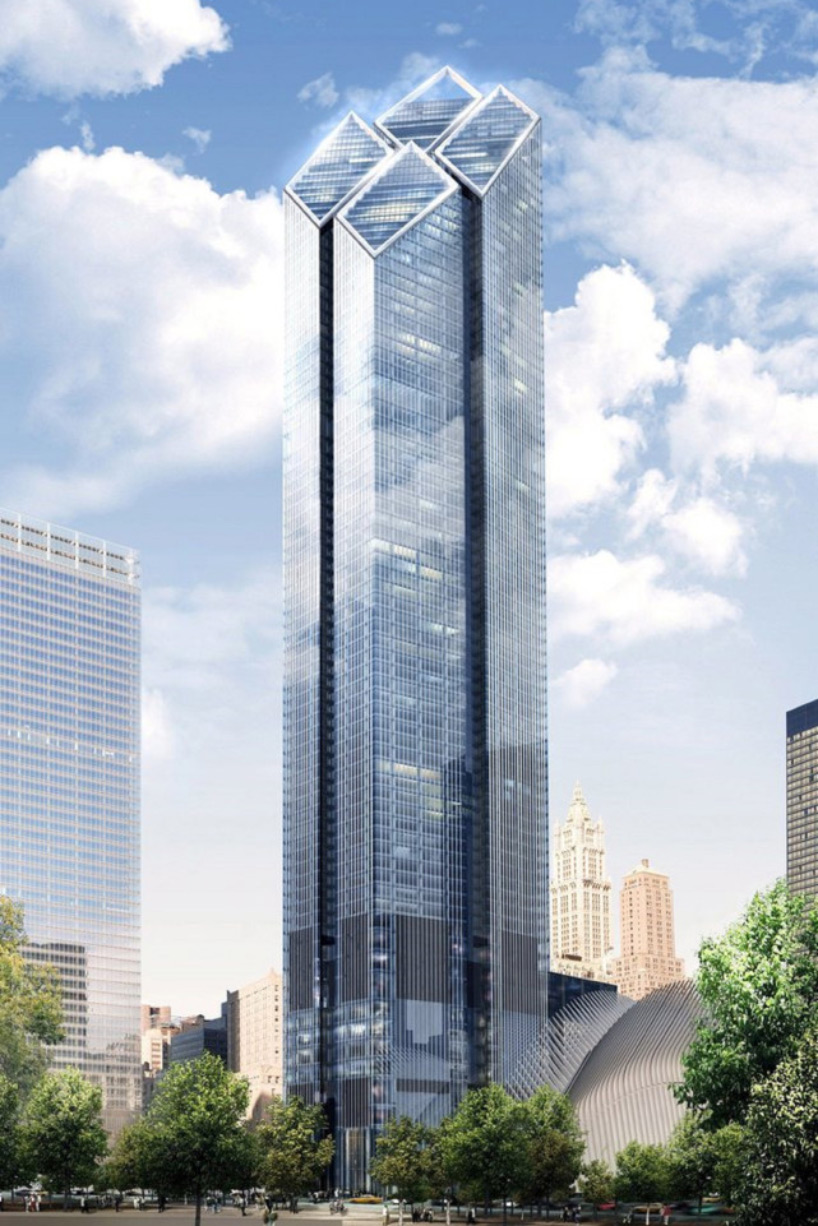 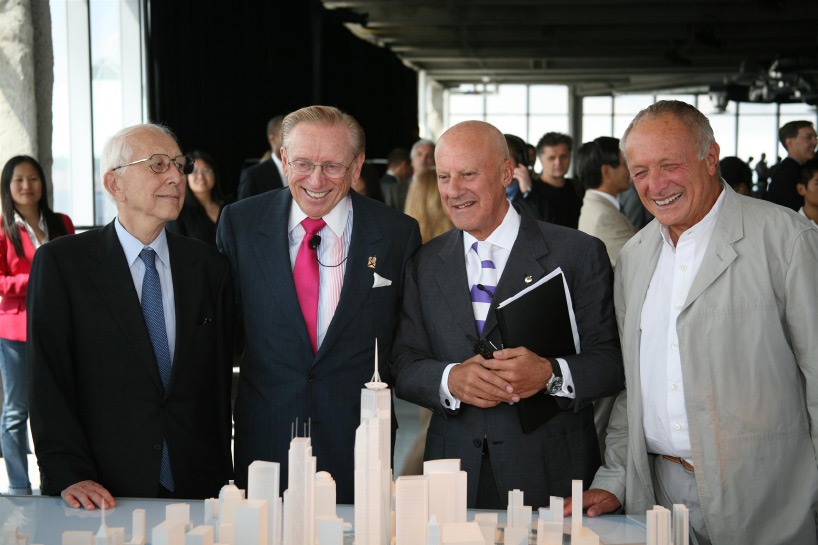 on september 7, 2006, larry silverstein unveiled designs for 2, 3, and 4 WTC. here he is pictured with the architects of each building, fumihiko maki (4WTC), norman foster (2WTC), and richard rogers (3WTC)
image by joe woolhead, courtesy of silverstein properties 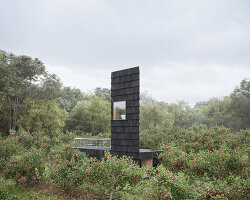 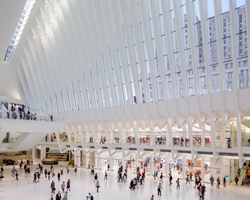