knockoutdesign received 1st prize for their project ‘northern gate’ in the 72 hours urban action competition, that took place in bat yam, israel, during the biennale of landscape urbanism. knockoutdesign were in a team together with christophe barlieb, tal gur, matan israeli,  imad, sami and ziad jubran, haim kazas. the team’s mission was to design ‘northern gate’ a meeting point between two streets and design public space that allows various uses at different times of the day, to establish a lively entrance to the business district.

the area served as a car park for the local inhabitants and as a meeting point for people praying in two synagogues at two ends of the square. they wanted to design a gate, passage for pedestrians and a barrier blocking cars from entering the pedestrian-only section at the start of ort israel. in the design process they realized, that a passage can be a barrier depending on point of view. looking at their project from yoseftal the white frame of the entrance catches pedestrians attention and invites them to enter. northern gate’s openwork design enables wind and light to enter the structure and creates a  play of shadows both at day and night. the architects painted parking lines parallel to the directions of the gate, actually increasing the number of parking  places.

the project was designed and executed in less than 72 hours from september 25th till september 28th, 2010 with a budget of 2500 euro. 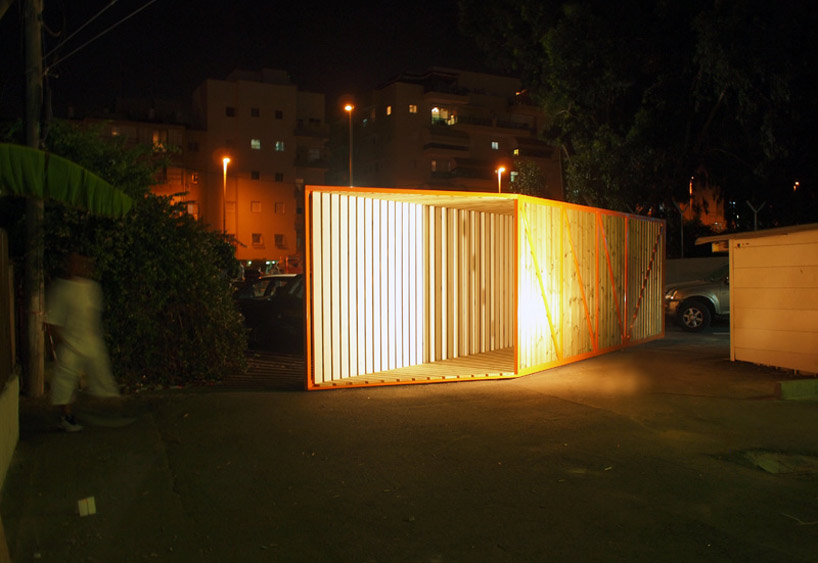 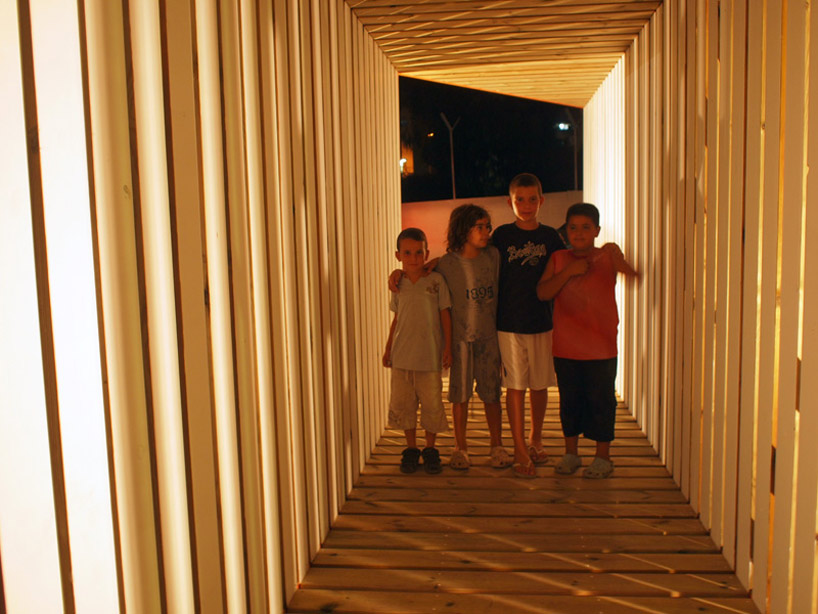 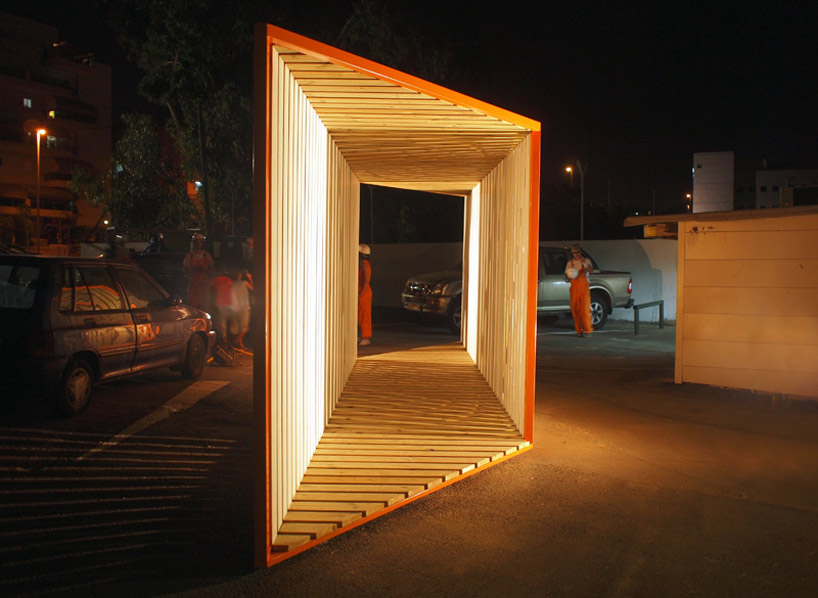 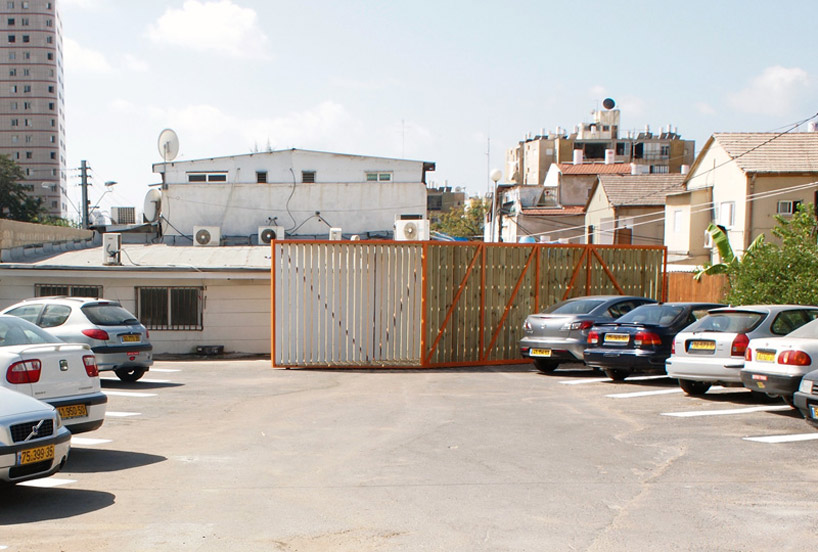 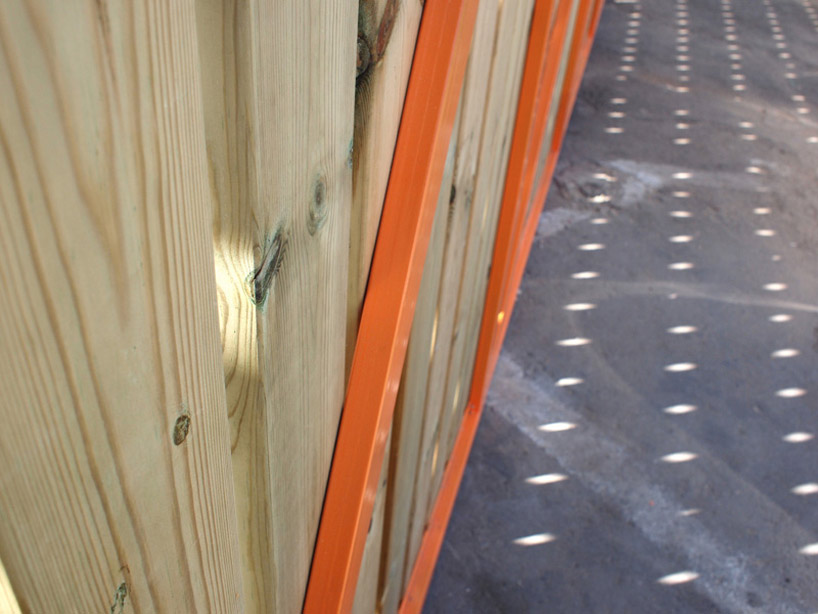 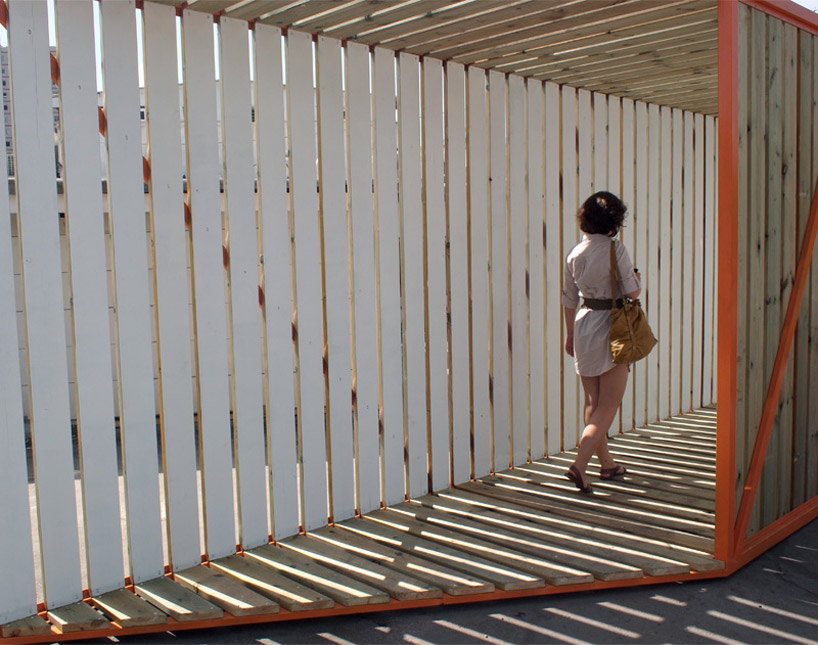 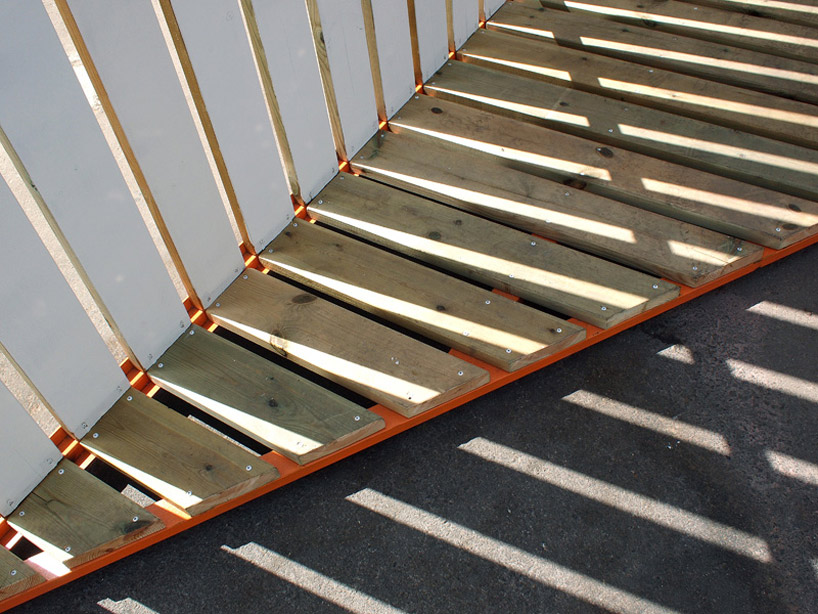 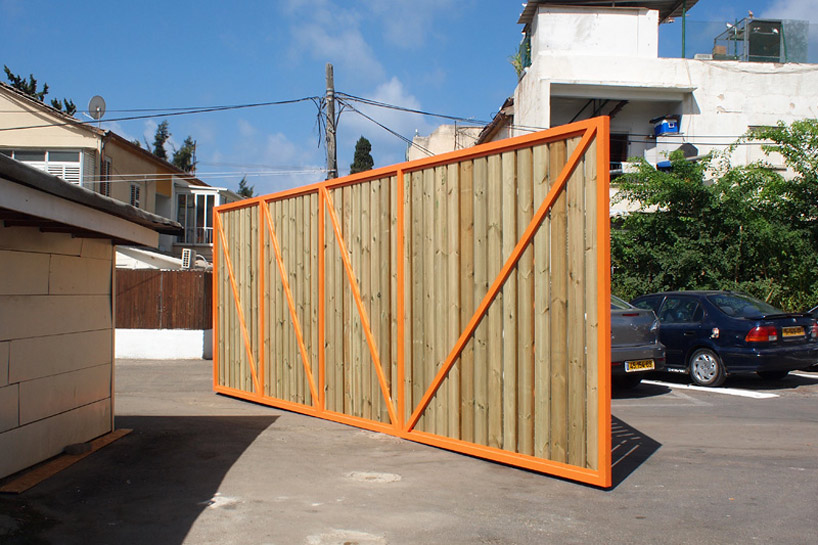 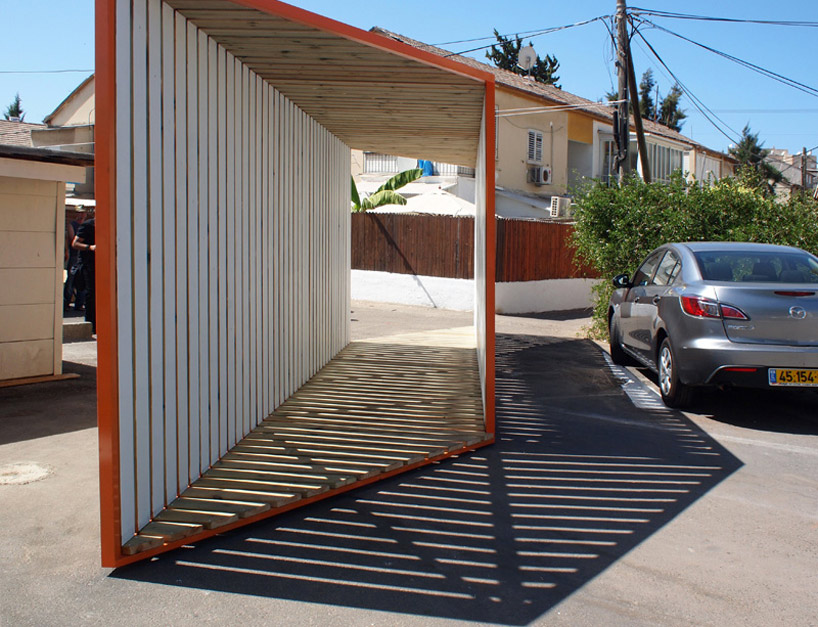 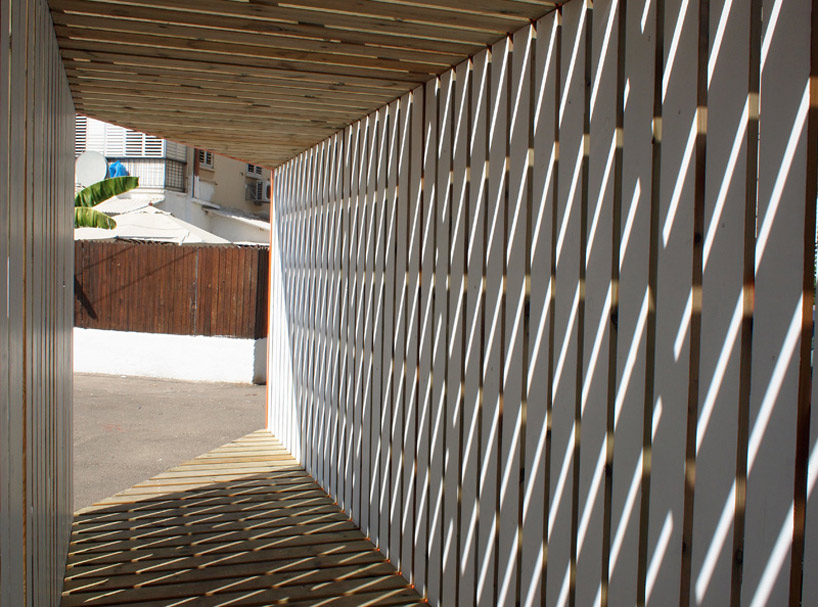 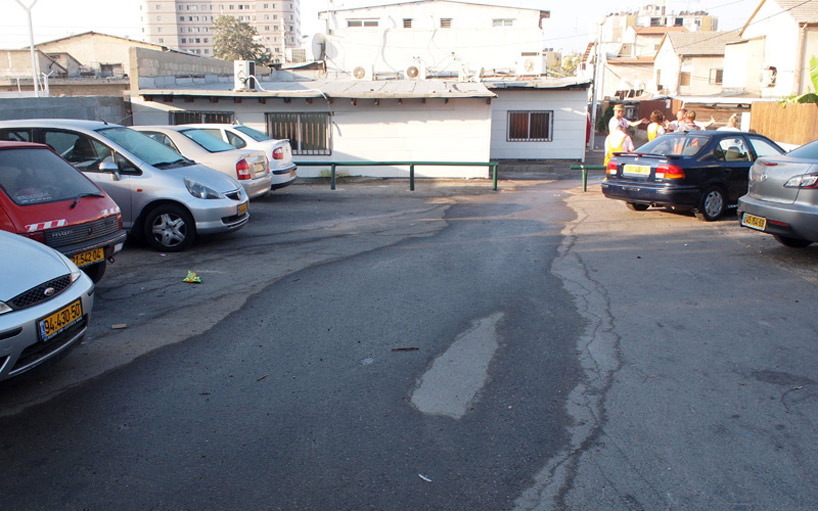 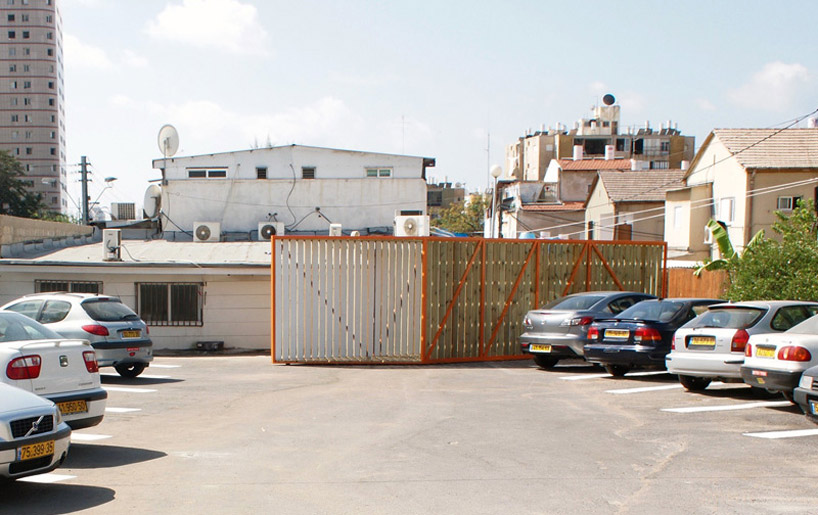