with the fire of notre dame cathedral in paris fully extinguished, experts and architects are meeting to assess the damage from and the cause of the blaze. overnight 400 firefighters battled the flames which engulfed the 800-year-old oak timbers and eventually the main spire— a 750-ton volume built from lead lined oak — which collapsed and landed on the wooden roof. current reports detail that part of the stone vault ceiling had also collapsed but the main structure has survived. 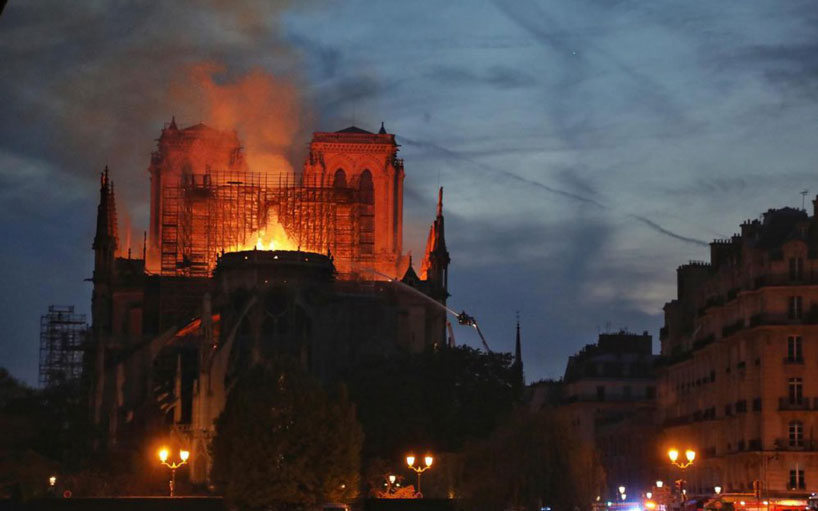 since the outbreak of the fire there has been an influx of support. french president emmanuel macron has vowed to the rebuild the cathedral, beginning with a national donation program to raise funds for the effort. meanwhile, françois-henri pinault, the billionaire french businessman who is the head of luxury group kering, which owns fashion labels including alexander mcqueen, gucci, and balenciaga, has pledged 100 million euros (about $113 million) to the cause. bernard arnault, the owner of the group louis vuitton moët hennessy has also declared he would donate €200m. 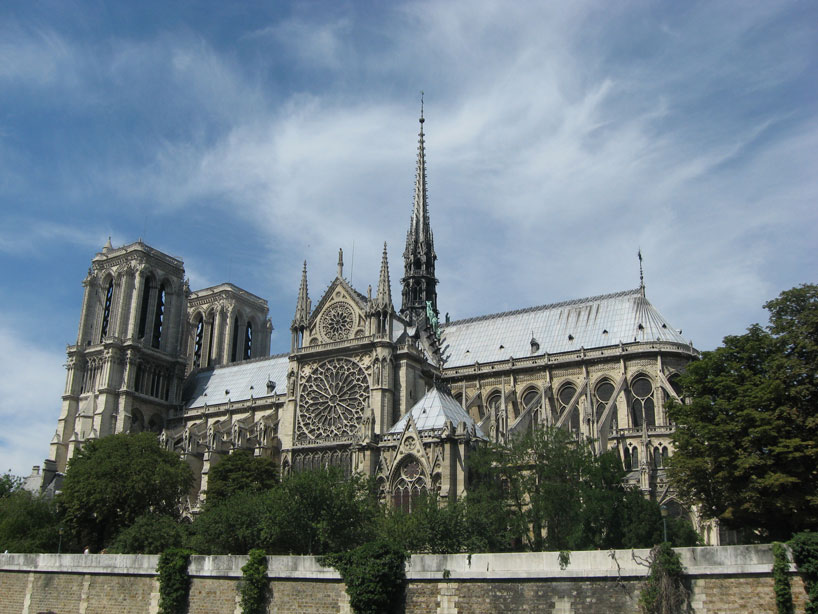 architects are not short of information detailing the cathedral’s architecture and it seems a precise reconstruction is definitely possible. over the years the cathedral has been damaged, rebuilt, and renovated many times resulting in a wealth of sources regarding the architecture. 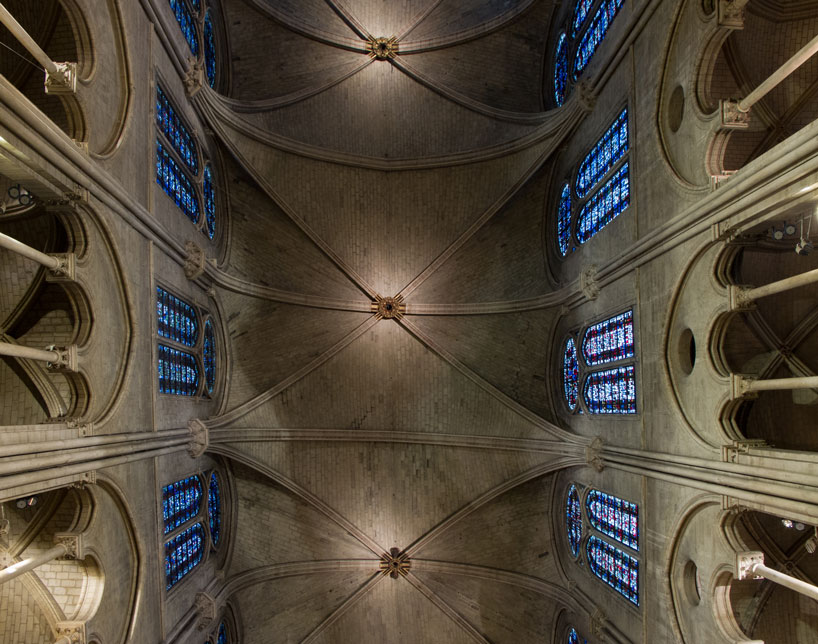 the cathedral was damaged and neglected during the french revolution in the 1790s but following victor hugo’s 1831 novel being published in english as ‘the hunchback of notre dame,’ it encouraged support to restore the then-dilapidated cathedral. architects jean-baptiste-antoine lassus and eugène-emmanuel viollet-le-duc redid the spire and flying buttresses.

during the liberation of paris in august 1944, the cathedral also suffered some minor damage from stray bullets. the medieval glass was damaged and replaced by glass with modern abstract designs. twenty years later in 1963, the facade was restored it to its original off-white color to mark the 800th anniversary of the cathedral. 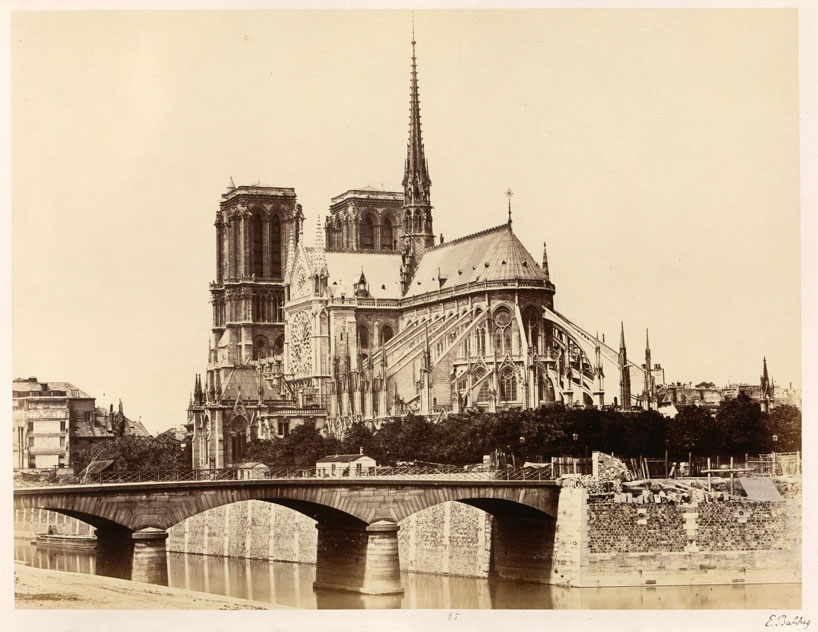 ‘notre dame is an absolutely unique place, at the heart of the île de la cité, from roman lutetia to greater paris, a land unto itself. this disaster has aroused an immense wave of emotion in the hearts of architects who every day are building and rebuilding the history of architecture,’ notes french architect dominique perrault, who conducted an in-depth study on how to revive the entire île de la cité a few years ago. ‘the rebuilding of notre dame will be an extremely delicate undertaking, and we must not allow ourselves to be discouraged by the irreversible loss of the medieval ribbed roof, also known as “the forest”. our heritage is a sedimentation deposited across the ages, with practically each century leaving its imprint on the cathedral. “every wave of time superinduces its alluvion”. it will have to be rebuilt, and without altering the substance of its heritage. therefore, we are compelled to completely review our relation to our heritage and to believe in its capacity for resilience. notre-dame must be made to live again and the best way to protect it is to see it through a vision of the future, which, through beauty, will transcend a simple restitution.’

whilst the cathedral has withstood the test of time, war, and a series of indefinite futures, it is unlikely, in this case, to be the same as it was before. as ars technica points out, the stone that makes up the structure would be cut using machinery and not by hand by small armies of stonemasons as it was in the 12th century. another thing that would be impossible to come by is the amount of trees it would take to replace the roof timbers. in that sense, the value of craftsmanship will likely change.

it will take a lot in order to restore the cathedral to its former glory. before the fire began, it was in the midst of a $180 million renovation project to repair damage that had accumulated over the centuries. as it is in far worse shape than it was before, several organizations are calling for donations to support the eventual resumption of restoration and here is how you can help: friends of notre-dame, which raised money for the restoration that was underway accepts donations; fondation du patrimoine, a french nonprofit funds whose aim is to preserve of historic, cultural sites throughout france has established a special notre dame rebuilding fund; and basilica of the national shrine, the largest roman catholic church in north america has launched its own fundraising campaign.