japanese firm NRM architects office (shunichiro ninomiya and tomoko morodome) has designed a two story residential house in osaka, japan. located on a corner of a dense part of the downtown area, ‘kh:3’ employs a modern street facade in varying shades and materials of grey. typical of many minimalistic japanese dwellings, the facade offers no indication of the interior conditions. 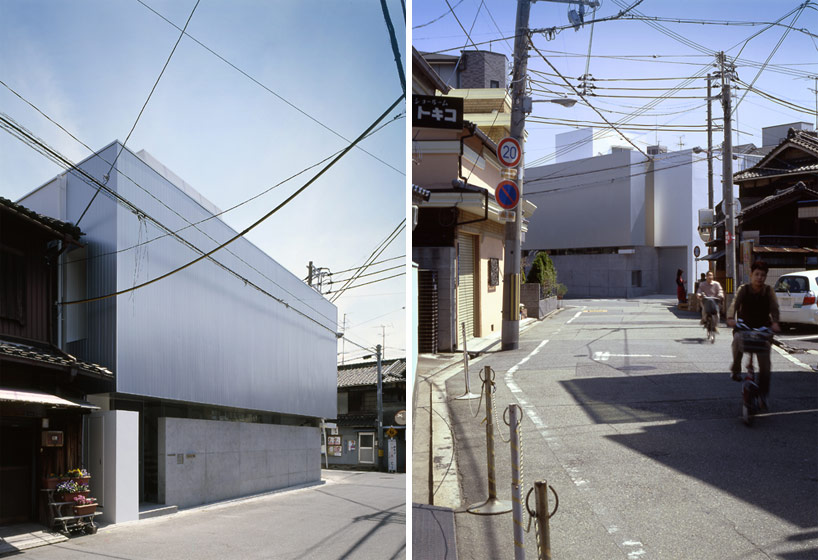 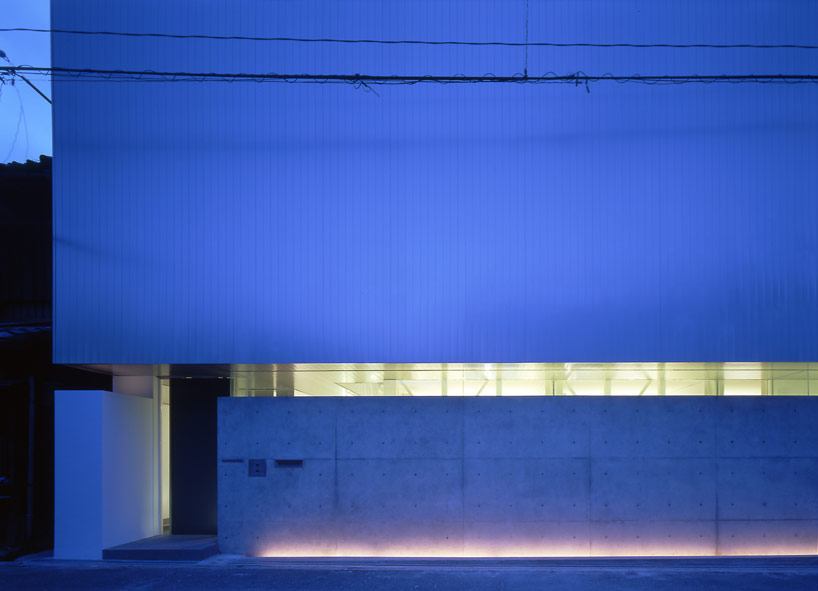 street facade in the evening

‘kh: 3’ extensively utilizes both natural and artificial light to create, lengthen, illuminate, and separate the interior space. an interior courtyard, which is closed off from the street by a perforated metal sheet, is treated as the main source of sunlight: the house opens up to it by utilizing floor-to-ceiling windows. too much direct lighting and overheating is prevented by the height of the courtyard walls. 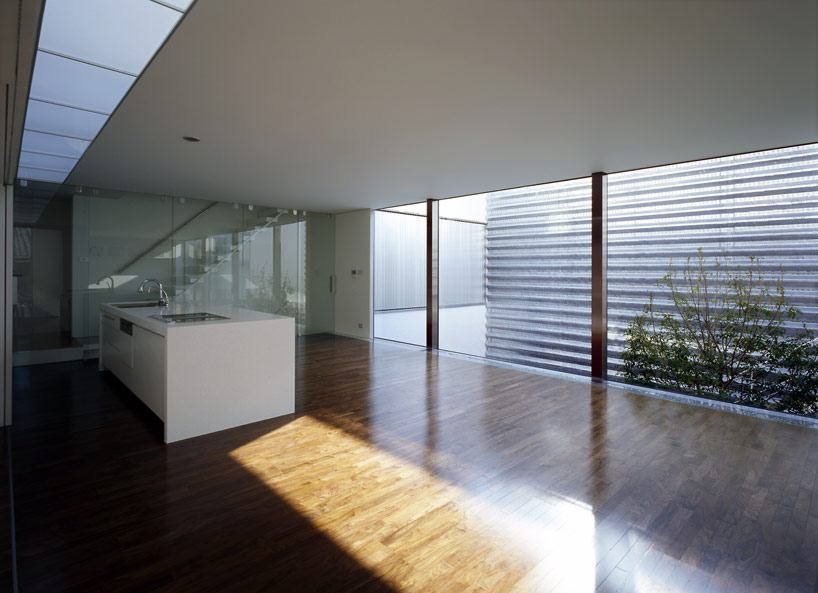 the open kitchen and living area features a thin continuous strip of window that runs up a wall and along the length of the room. not only does this naturally illuminate the space, it also acts as a subtle dividing element to the kitchen program. a corresponding strip of artificial light runs along the floor on the opposite side of the room, which visually connects the space together. a glass wall on one end, which encases the stairway to the second level, continues the light in its reflection, resulting in a room that feels larger and elongated. 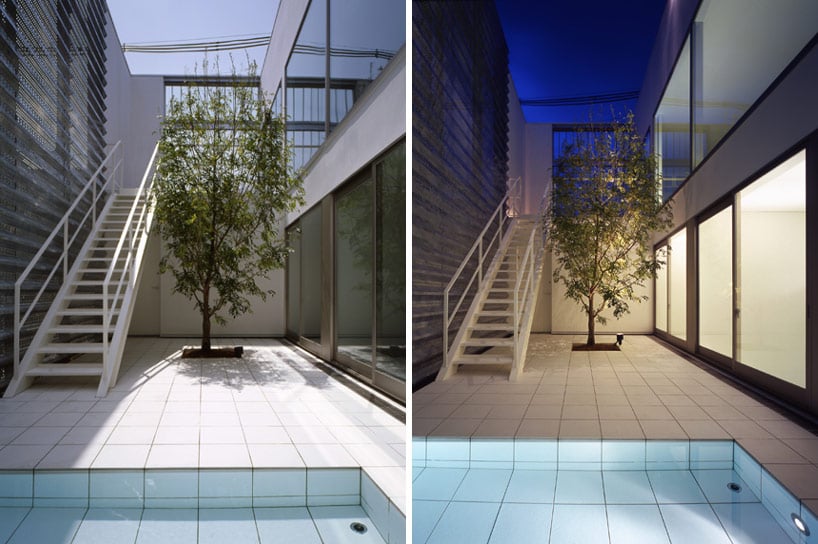 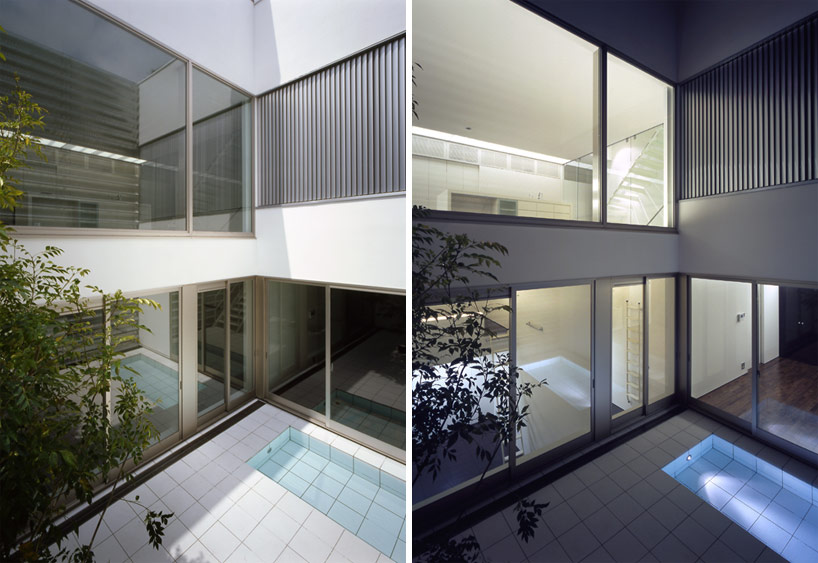 (left) during day time (right) during the evening 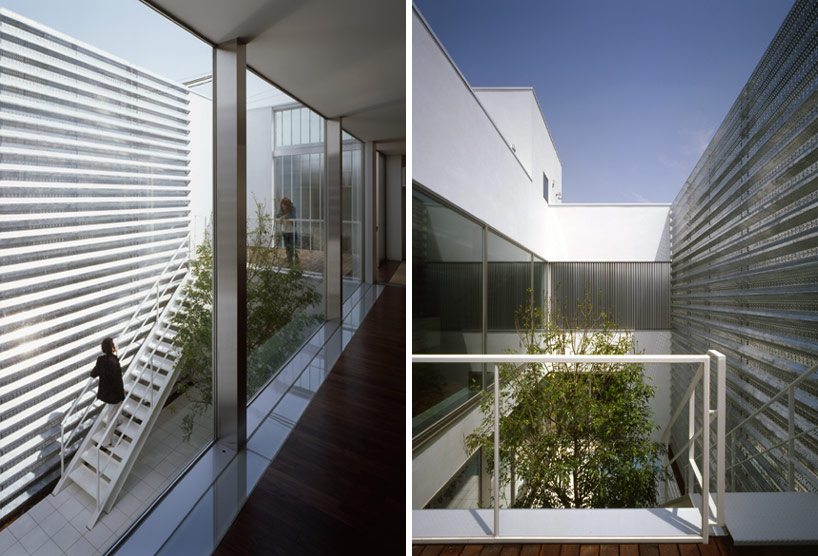 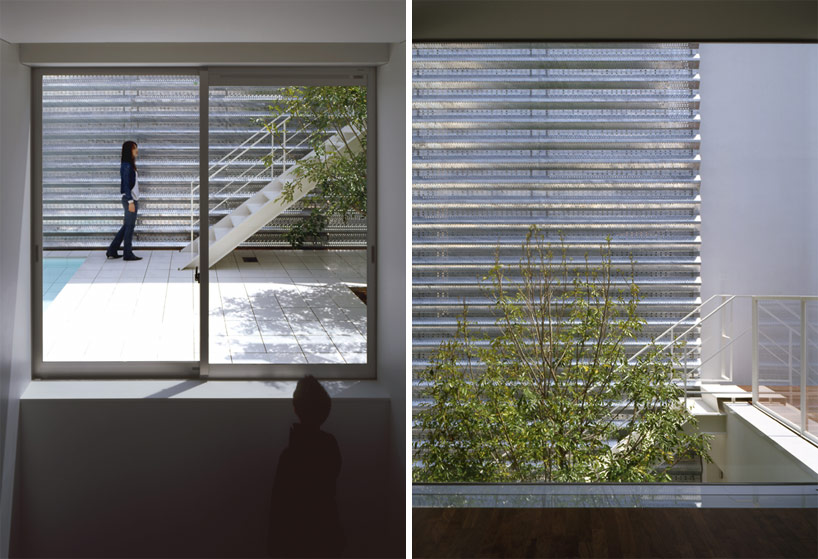 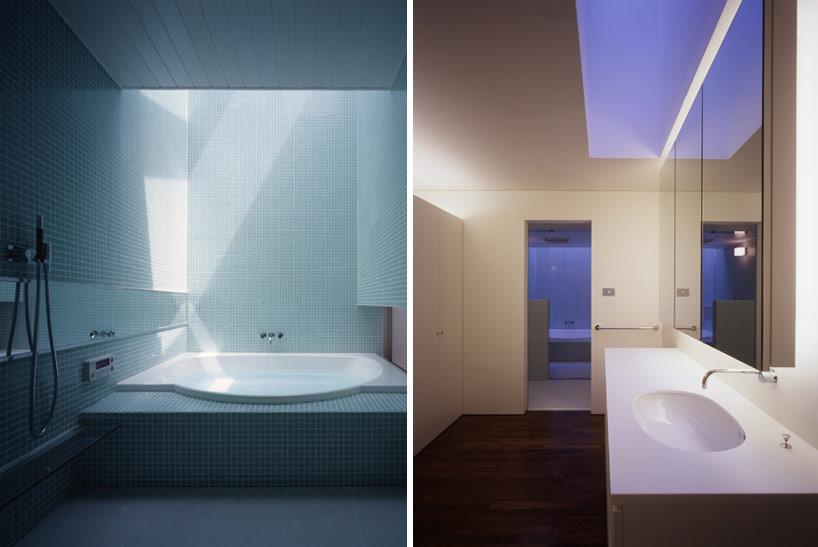 (left and right) punched-out roof lights in the washroom 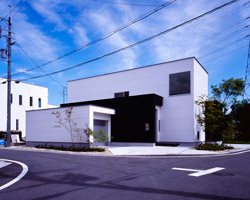 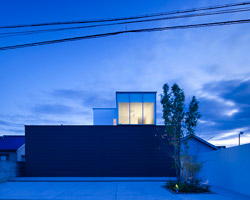 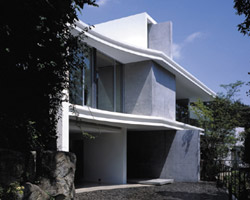 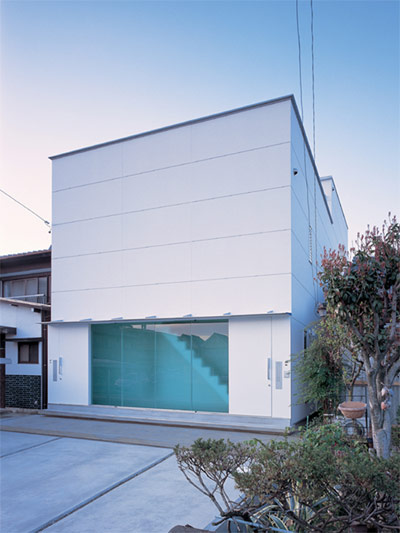 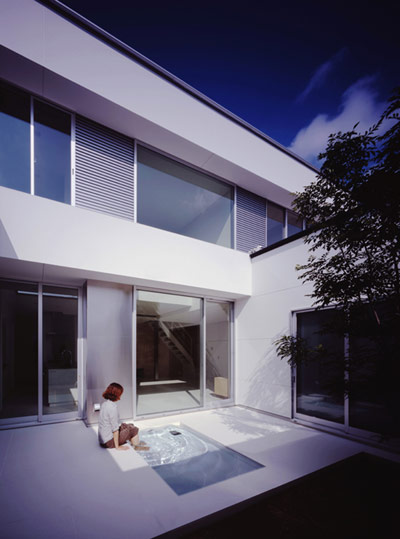