for their approach towards the brief of the guggenheim helsinki design competition, office one architects has developed a strategy around of a three-dimensional field of public amenities and art galleries to receive LEED gold certification. these functions are contained within two major components: a tower and a bar. the former houses the museum while the latter houses the rest of the program. 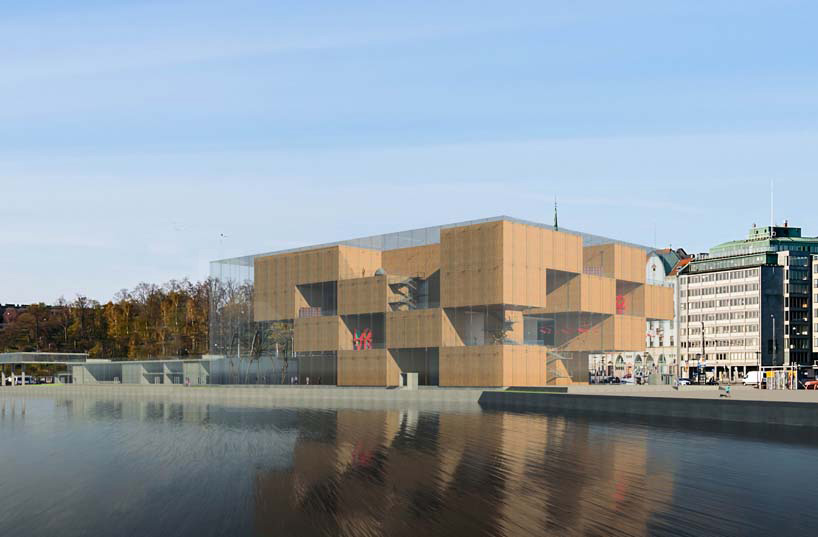 the parallelogram geometry results from the projection of site lines, thus allowing the building to face north while remaining parallel to the port. the taller massing is aligned with the existing structures on the southern portion of etelainen makasiinikatu so as to provide an uninterrupted visual of the bay and relate to the urban fabric. in terms of materiality, it will be covered with a glass envelope that protects the interior. the transparency of the skin will create a free flowing pathway along the harbor, bringing the artwork to the everyday life of the citizens. 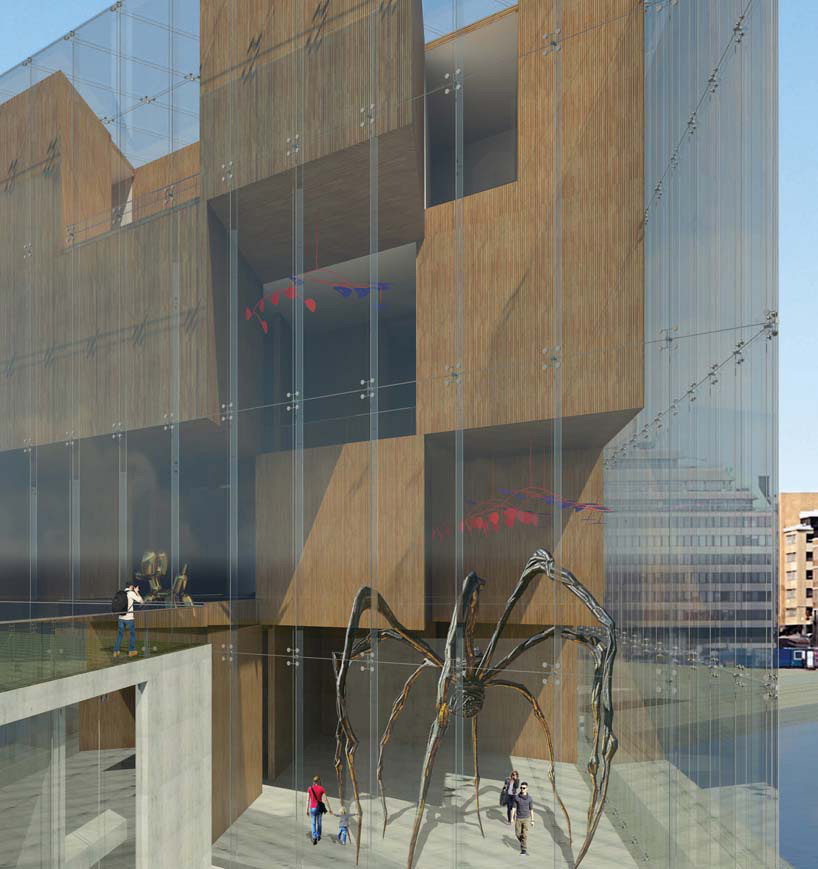 the inside is clad in wood with white walls and suspended ceilings to evoke a neutral atmosphere open to interpretation. these areas are paired in a checkered organization that are later modified according to programmatic and spatial needs to elaborate a flexible, changeable plan. movable partitions ingrained in the construction grant for a collection of organizations that shift from one module to geometrical variants that expand its dimension. 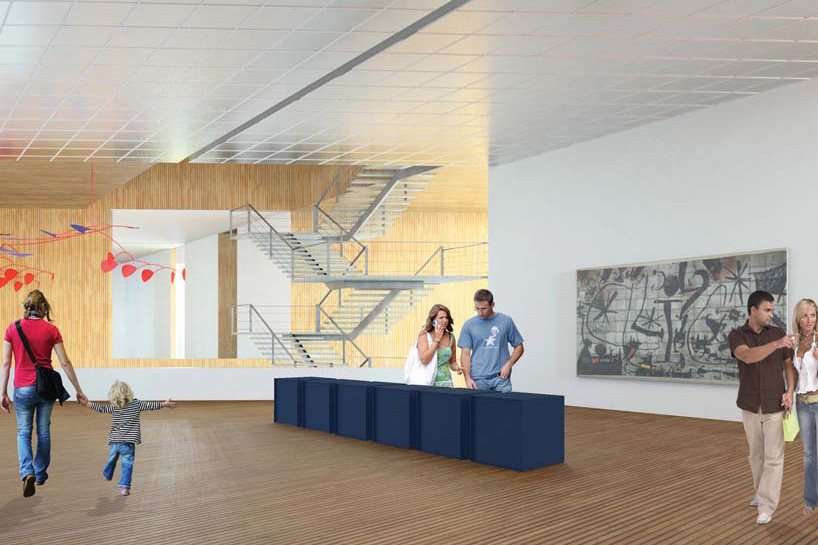 the suspended ceilings hover above the wood flooring and white walls

this circuit of exhibition and different single, double, triple and quadruple height spaces allows for interaction between these two realms throughout the museum. the civic functions presents both generous and modest dimensions, assigning rooms at times with monumentality and at others a private character. 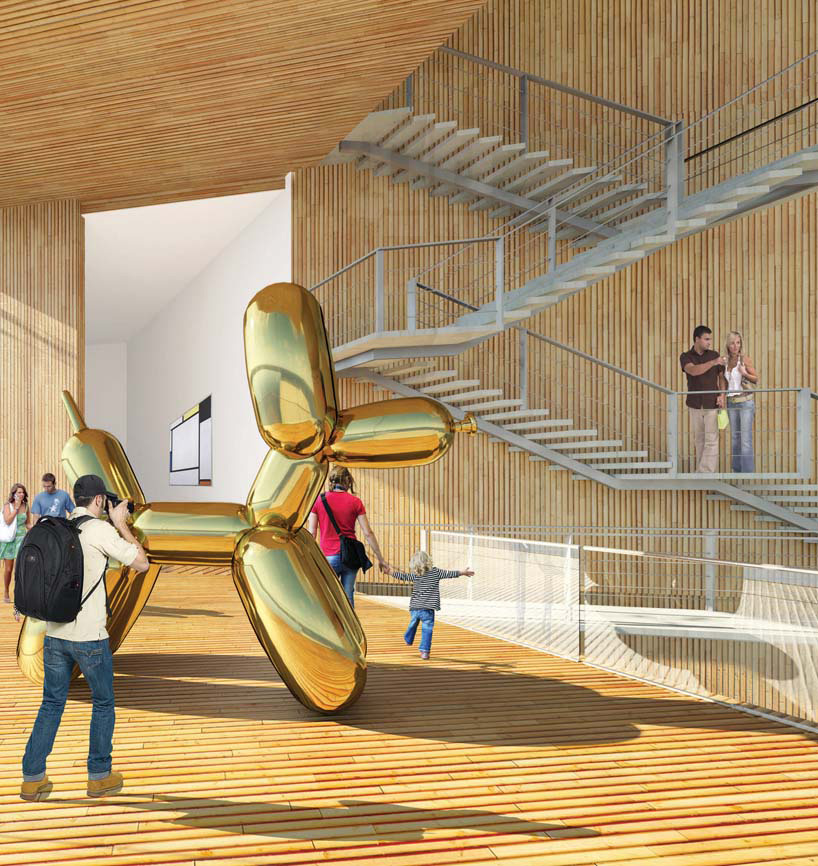 gallery space near the flight of stairs

the lower part of the complex is located in front of the park to make way for an extension of the green space. a sloped roof doubles as a ramp to access this vegetation, which in turn can be transformed into a sculpture outdoor garden. connections to existing programs such as the olympia terminal deck occur through this feature with an elevated bridge toward the south of the site. 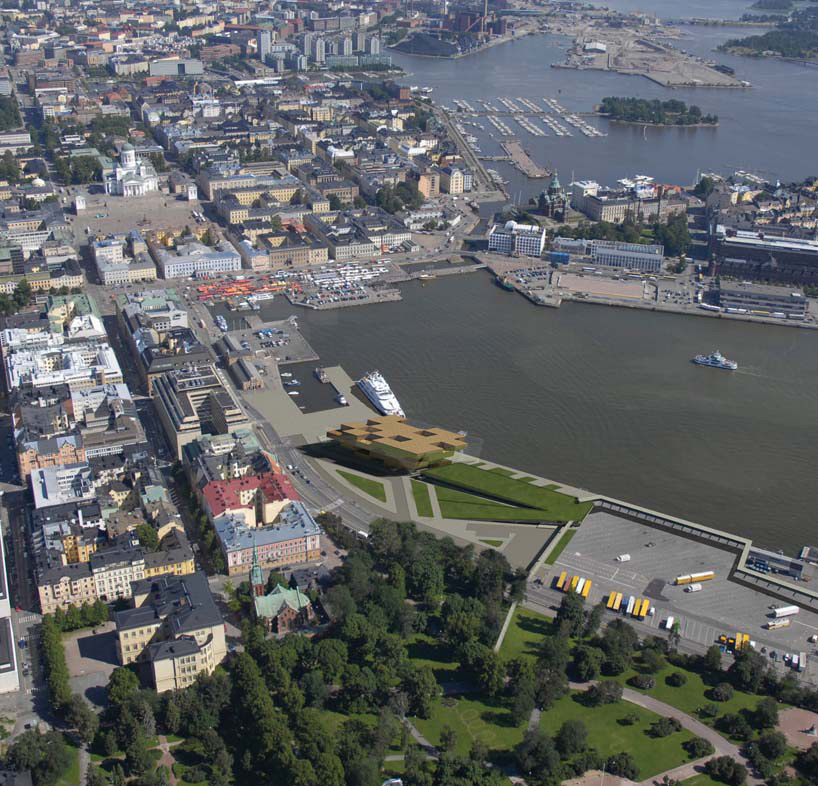 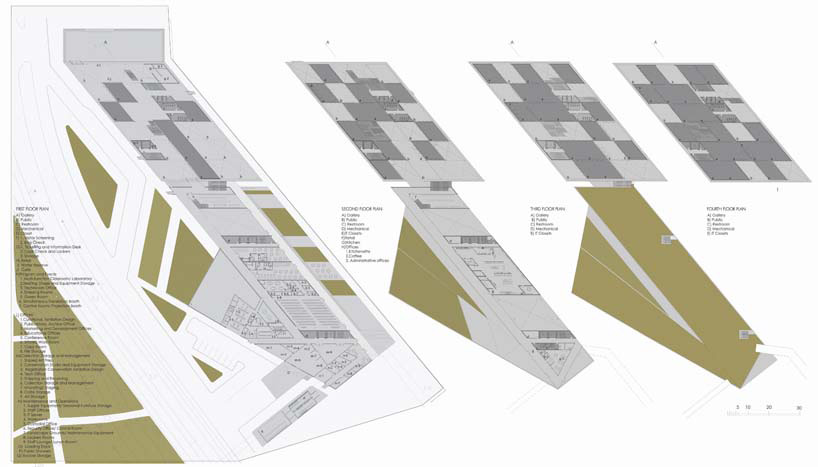 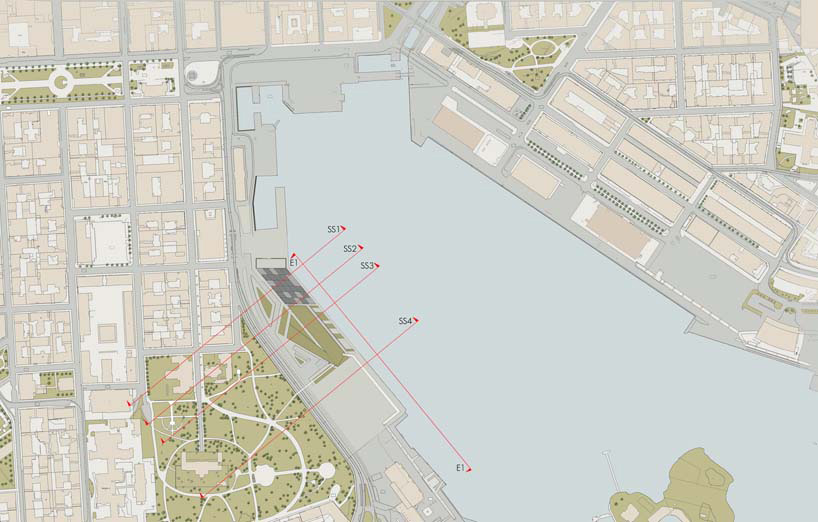 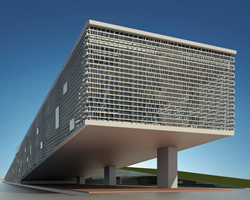