initial plans have been unveiled for the much-anticipated barack obama presidential center, the designated library for the 44th president of the united states. designed by tod williams billie tsien architects, the project will be sited in jackson park on the south side of chicago, and is set to complete in 2021. the center intends to strengthen the local economy and create new jobs, while revitalizing the historic park in the process. 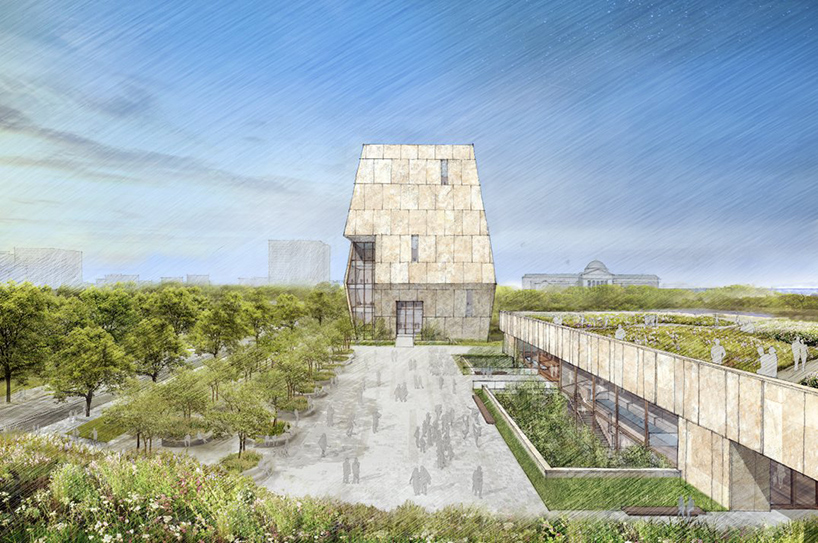 all images and video courtesy of the obama foundation

the project is being overseen by the nonprofit obama foundation, who, in june last year, selected tod williams billie tsien architects (TWBTA) to lead the design team alongside interactive design architects (IDEA). the proposed new campus seeks to reestablish the south side’s connection to the neighboring lagoon and lake michigan. the project will encourage visitors to enter the park, softening the transition between built and natural environments. 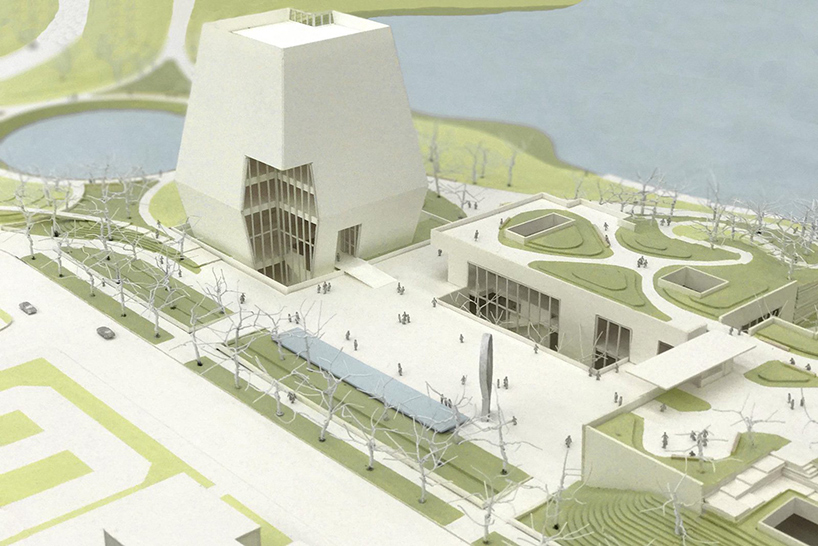 the museum, the site’s tallest structure, will anchor the northern end of a public plaza positioned at the heart of the plan. meanwhile, the roofs of the adjacent single-story library and forum will be covered with plantings to create new park land. ‘together these buildings will form a campus, a place for doing and making, as well as looking and learning, and will build upon jackson park’s history as a public gathering place on the south side,’ explains the obama foundation. 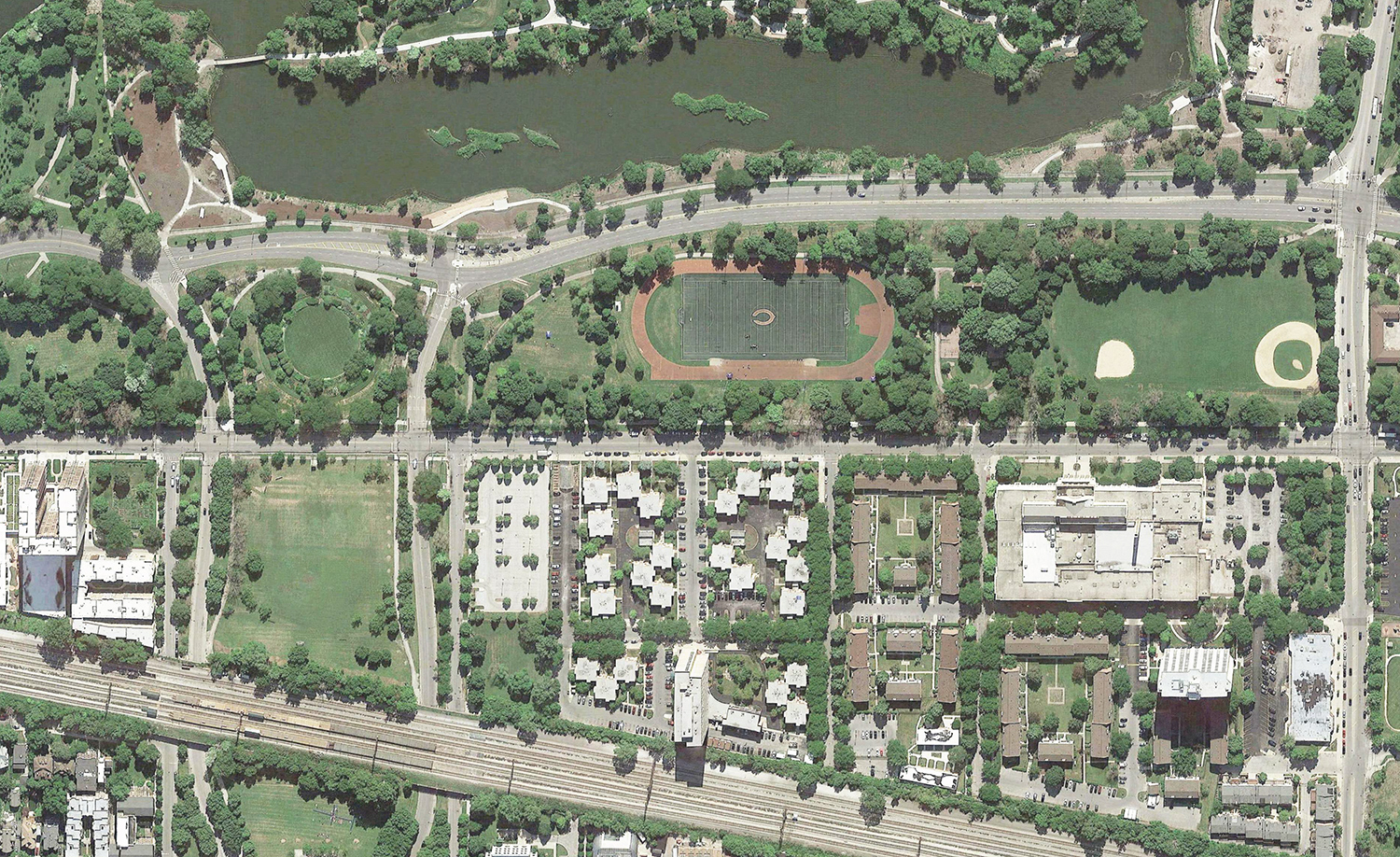 aerial shot of the existing site (click to enlarge)

connected below grade, the structures will be clad in variegated stone, while glass openings have been placed to form courtyards, mark entries, frame views, and bring in natural light. carefully laid out pathways will take visitors from the park to landscaped rooftops, offering views of the plaza and out over lake michigan. open to the public, the campus will include a range of indoor and outdoor spaces for events, training, and other gatherings. classrooms and laboratories also form part of the plan, providing visitors with educational experiences that can be implemented in their own communities. 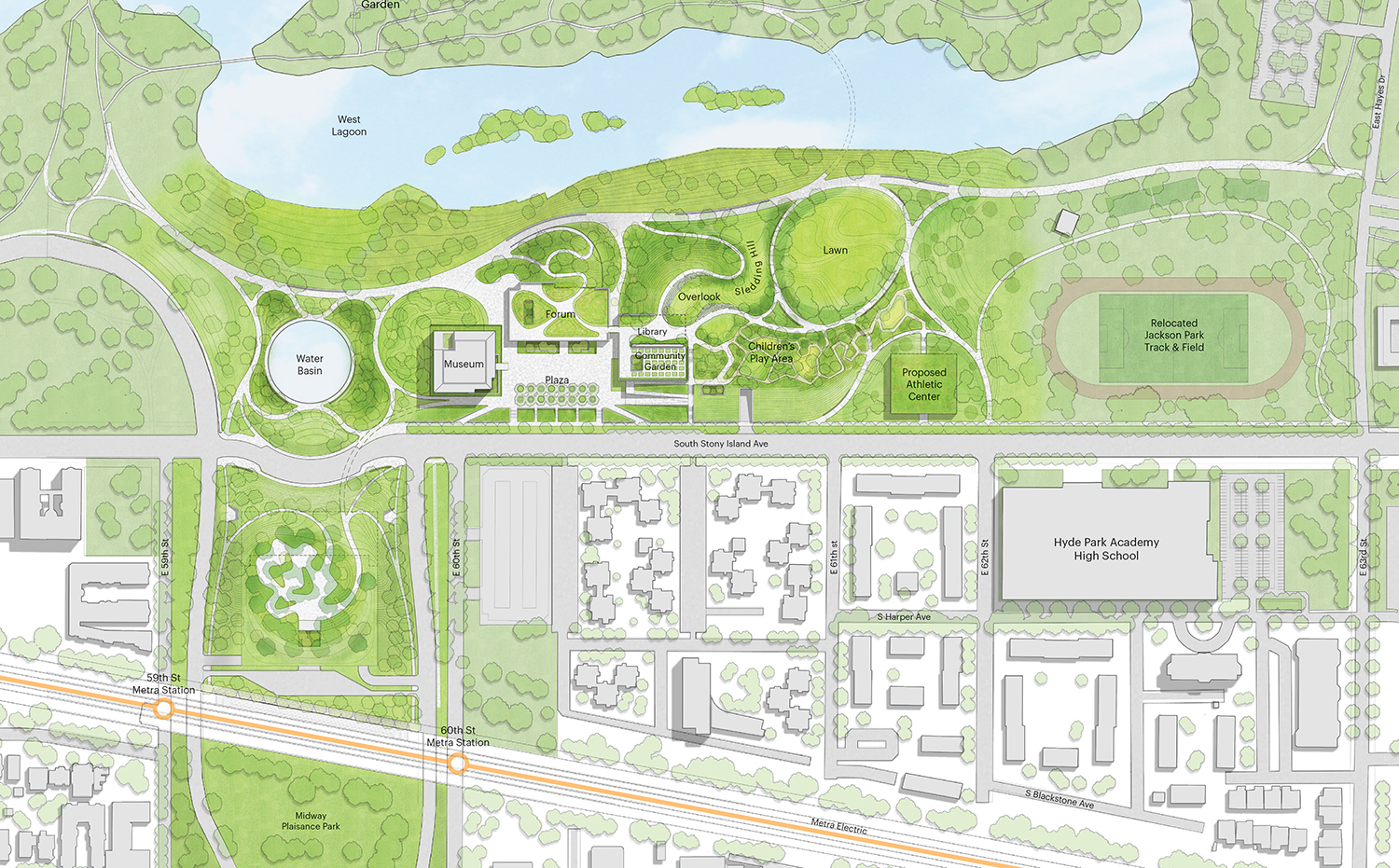 ‘the obamas want to create a safe, warm, inviting place that brings people in, teaches them something new, and inspires them to create change in their own communities. the center will be a place for doing, not just looking or listening,’ said marty nesbitt, chair of the obama foundation. ‘the place we are developing will be integrally a part of jackson park. our team’s approach is to weave the project into the park and use the center to unlock the full potential of the park and engage the community in the foundation’s work.’ 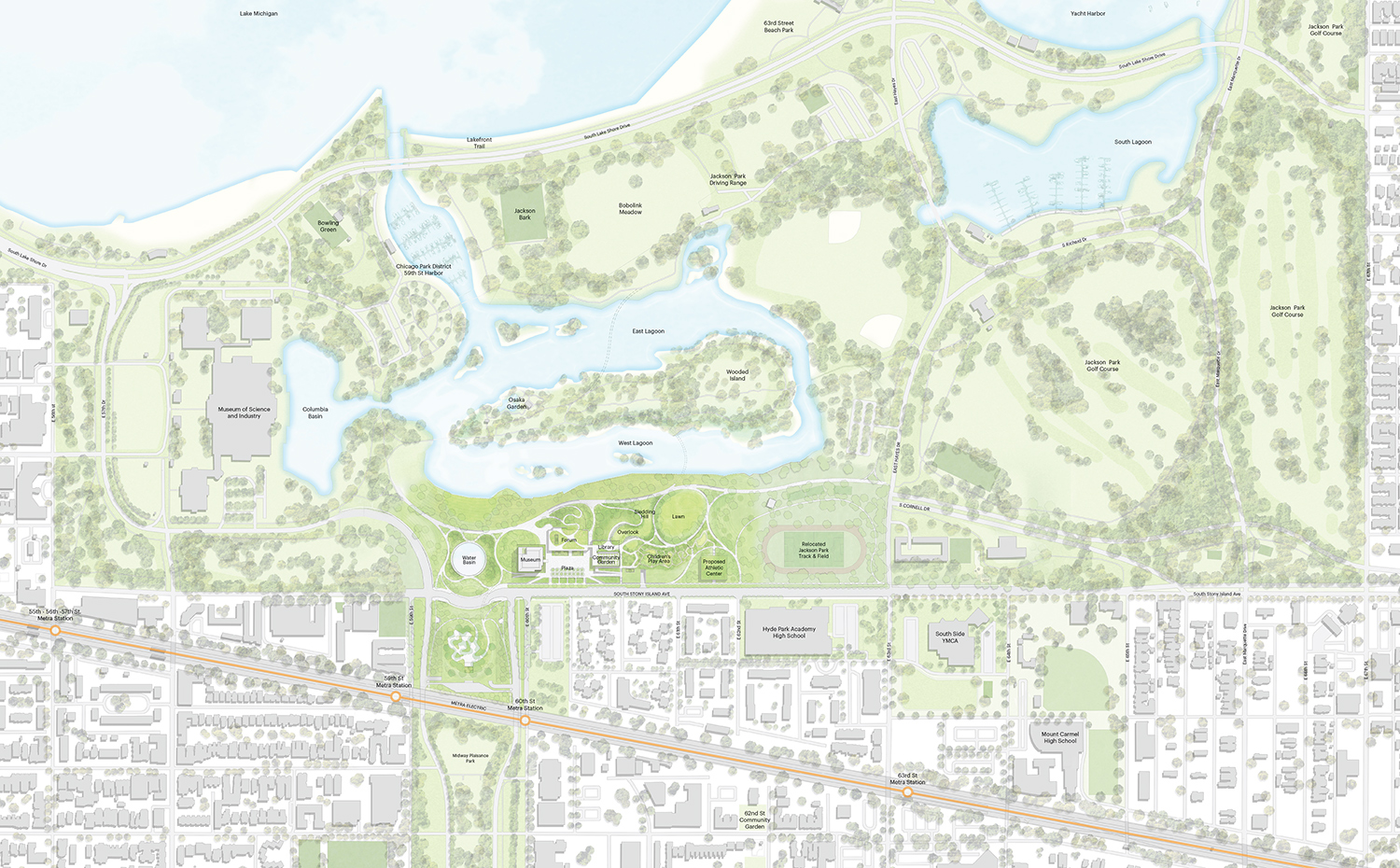 ‘the design approach for the center is guided by the goal of creating a true community asset that seeks to inspire and empower the public to take on the greatest challenges of our time,’ added the design team. ‘the obamas were clear that they wanted the center to seamlessly integrate into the park and the community, and include diverse public spaces.’