california based architecture studio obana-noblin office (ONO) conceptualizes its cascade house among washington state‘s san juan islands. perched atop a crest overlooking the archipelago’s forested slopes and cascade bay, the dwelling is shaped by the qualities of its unique natural surroundings. designed to be home to a young couple, the project is organized as a dramatic sequence of spaces that are animated by the immediate proximity of the surrounding forest and the distant views towards the bay and mountain ridges beyond. 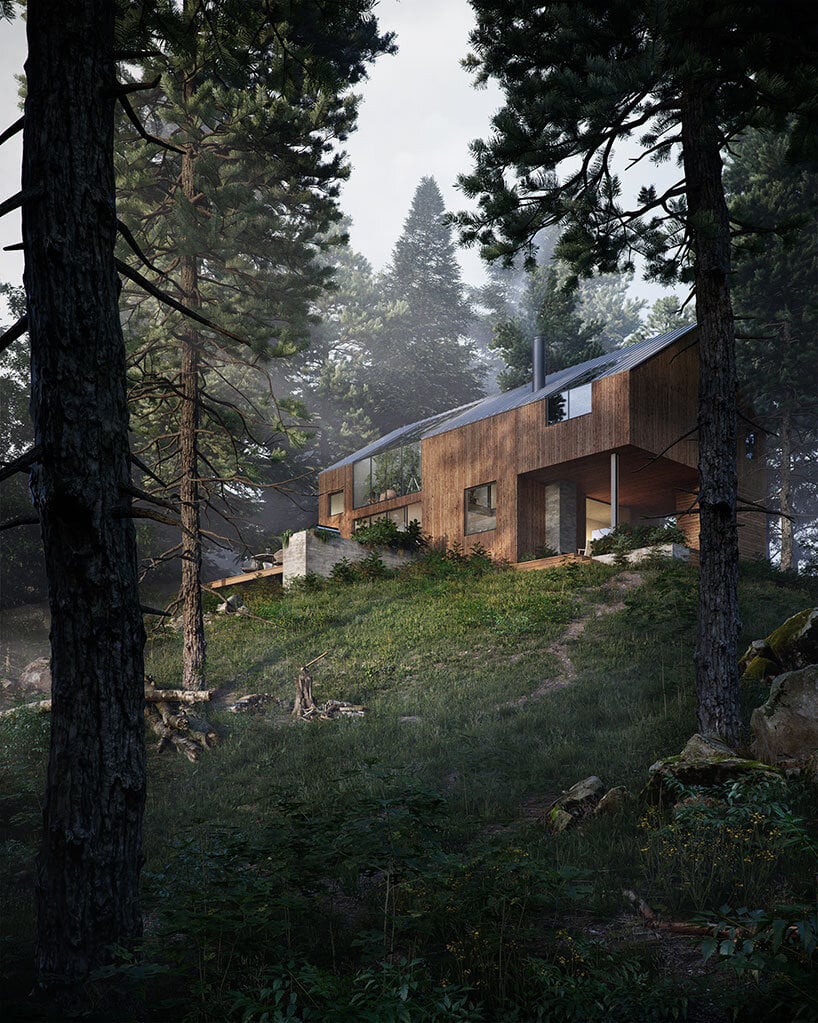 obata noblin office‘s cascade house expresses influence from the gabled roofs and traditional homes that dot the islands. the geometry of the overall volume celebrates the familiar residential profile while the material palette employs a more contemporary language. the exterior is finished with materials chosen to directly relate to the warm colors and rusticated textures of the timber pines and moss-covered rocky knolls that define the pacific northwestern site. 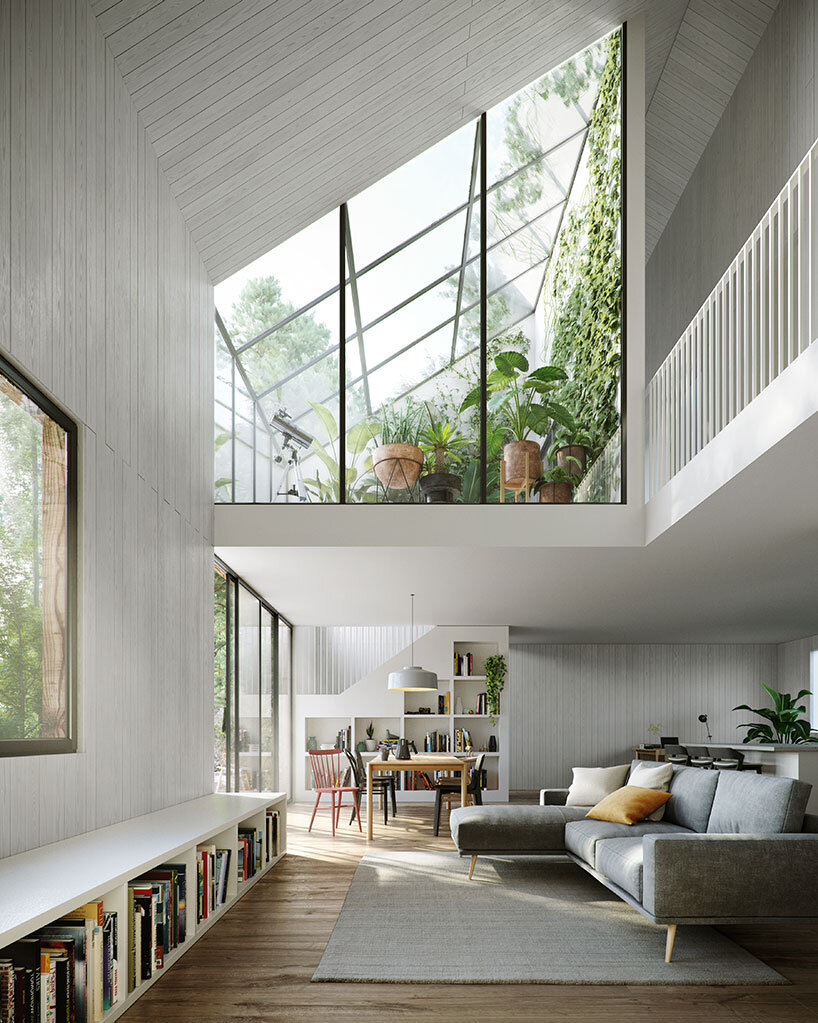 in contrast to the closeness of the surrounding forest, obata noblin office (ONO) curates the interior of the cascade house to be light and airy. a sun room on the second level accommodates an indoor garden that affords light to spaces below and acts as a defining feature along the interior of the home. 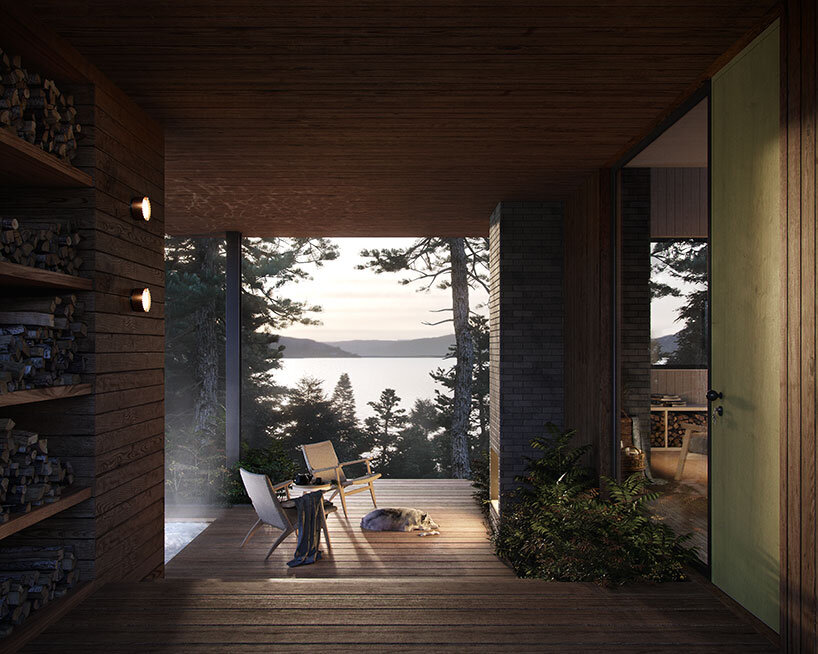 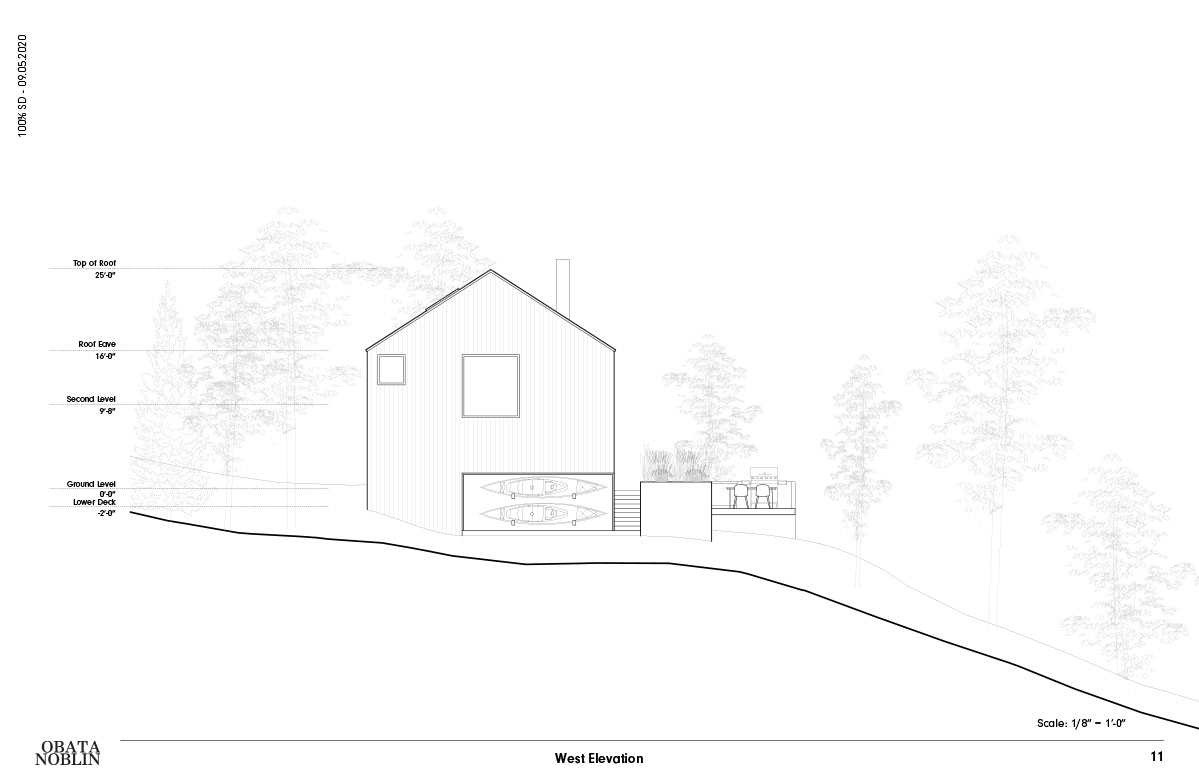 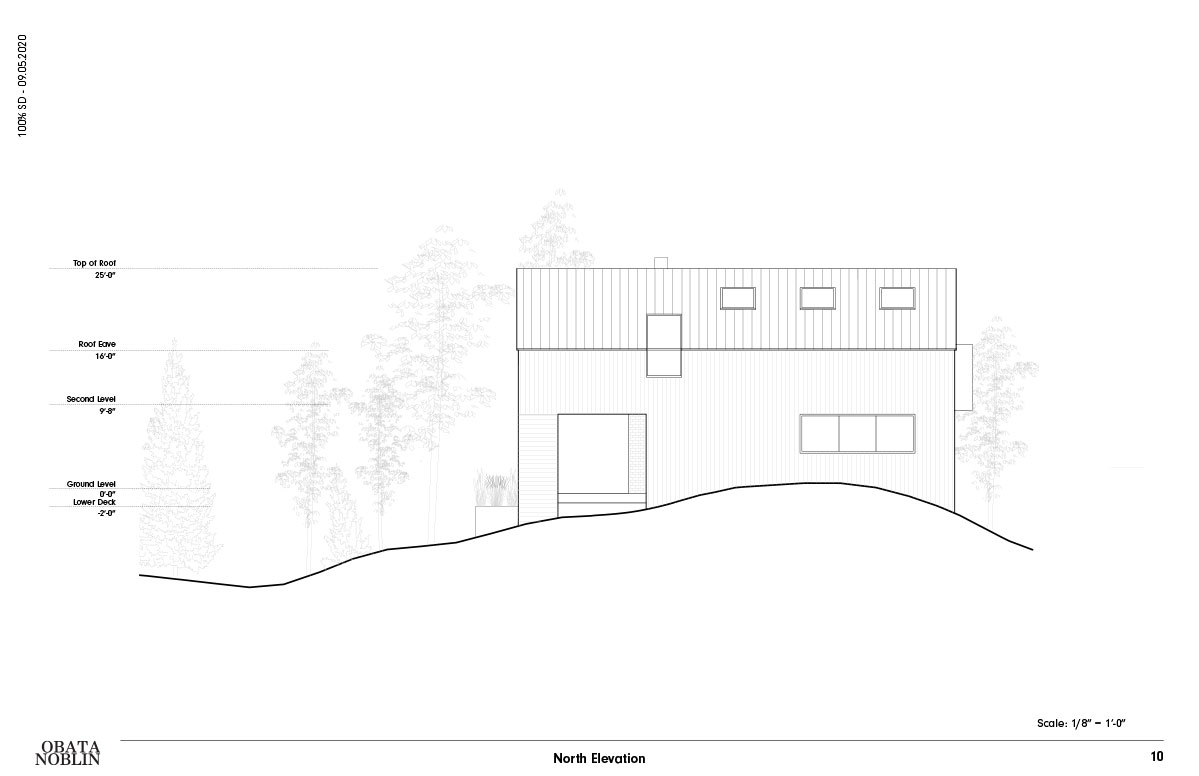 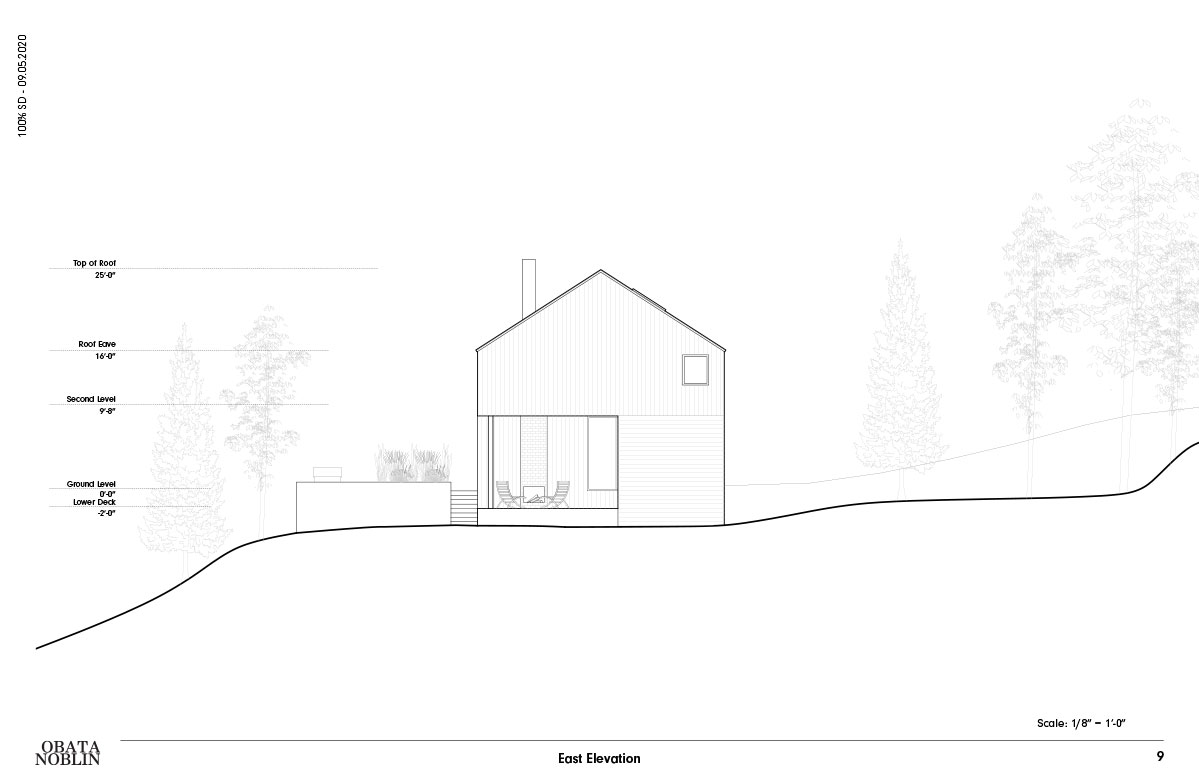 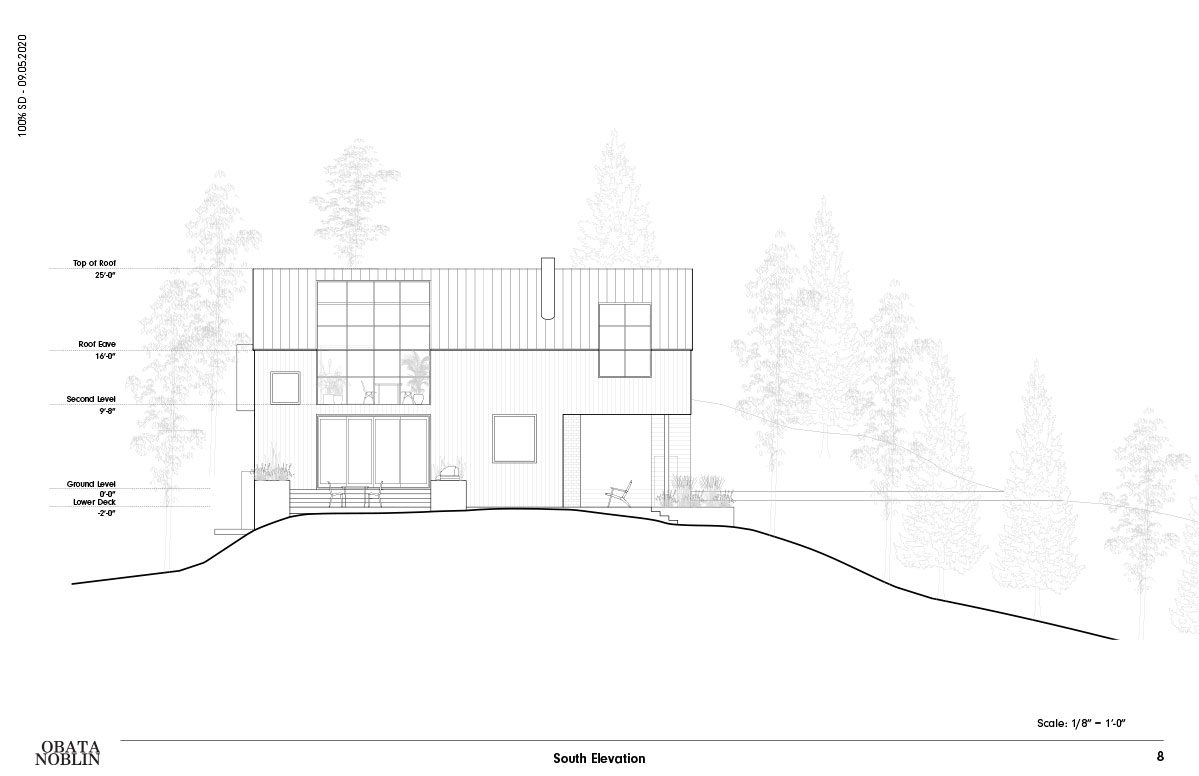 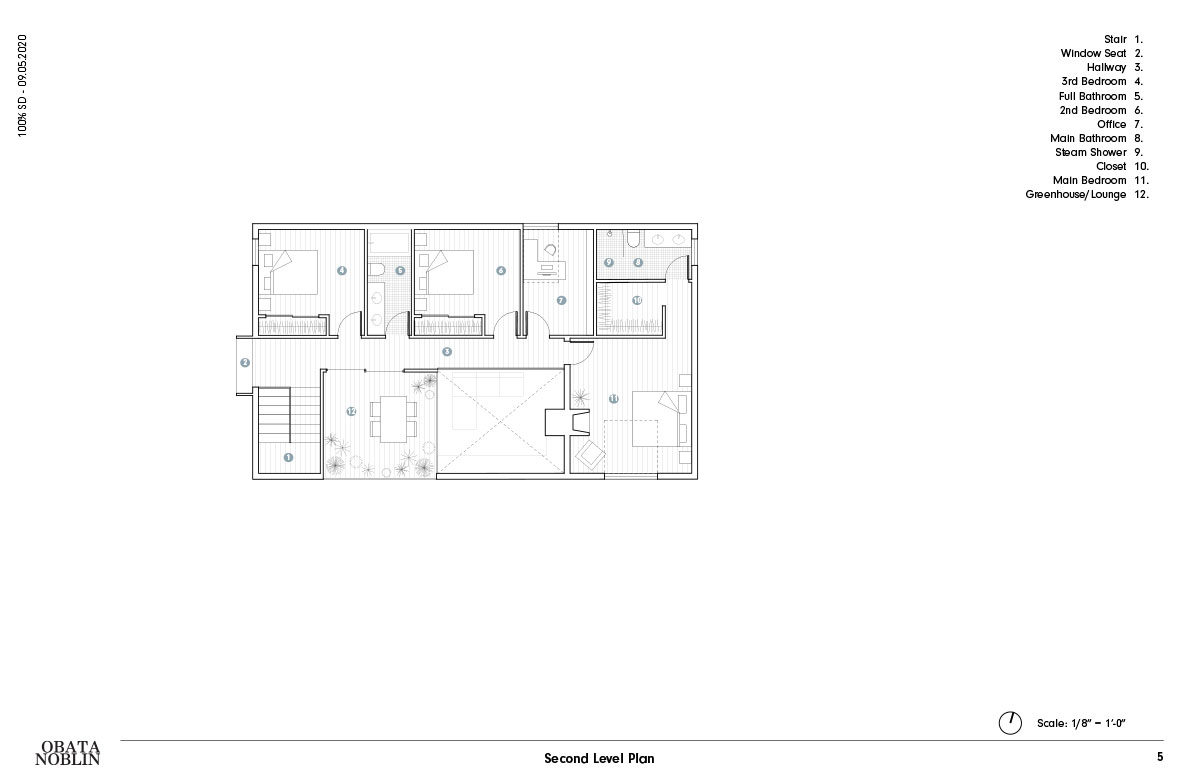 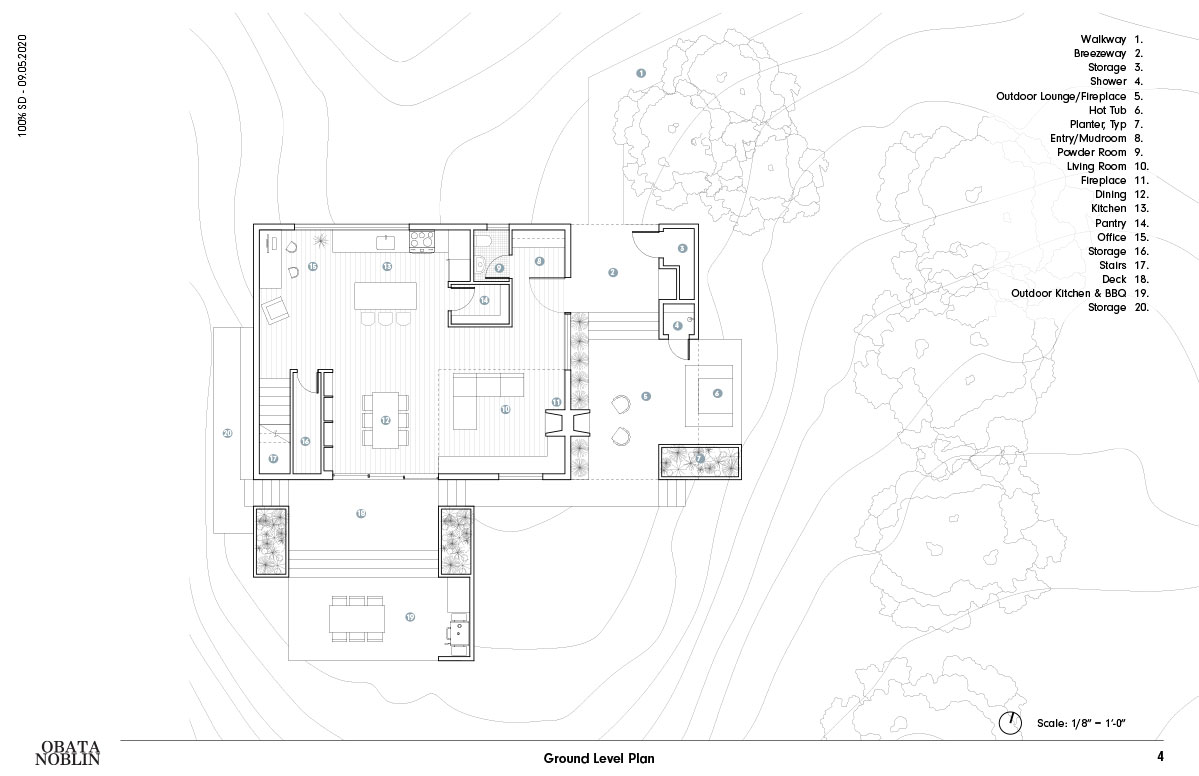