located in seoul’s gangnam district, the ‘open & closed’ house by OBBA explores the adaptation to the rapidly changing urban environment in the neighborhood. completed in 2015, the residence has been transformed from a dilapidated building in which the client had stayed in for most of his life. the decision was to use the same plot of land and demolish the original scheme and build a three storey property. 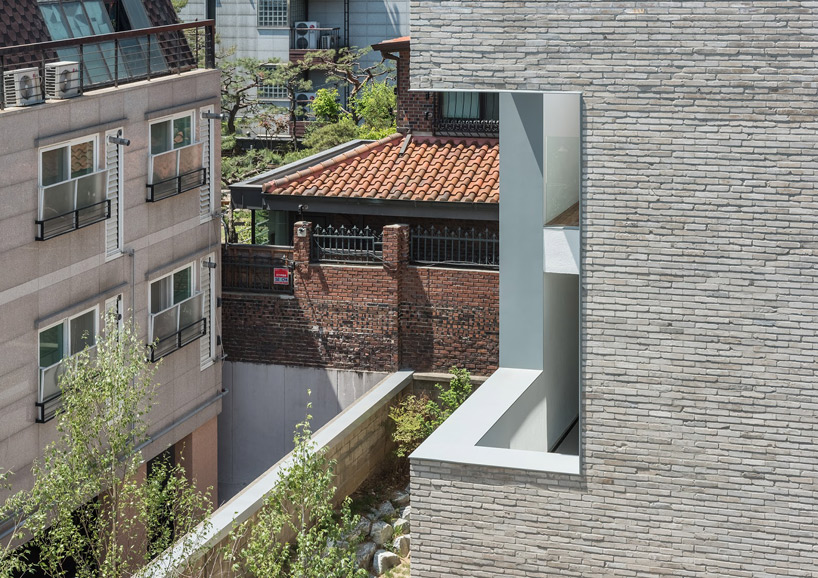 sitting on sloped plot and surrounded by five-storey apartments; optimizing natural light and privacy were the focuses which resulted in the double-layered windows and the floorplan being divided into private programs between the client’s family and his mother.

‘today’s city transforms so rapidly that it influences the ways in which our domestic environment changes in the urban center.. as a result, we witness the existing single-home typology moving towards the suburbs, and in such way, our urban center loses its heterogeneity of its housing types.’ – OBBA 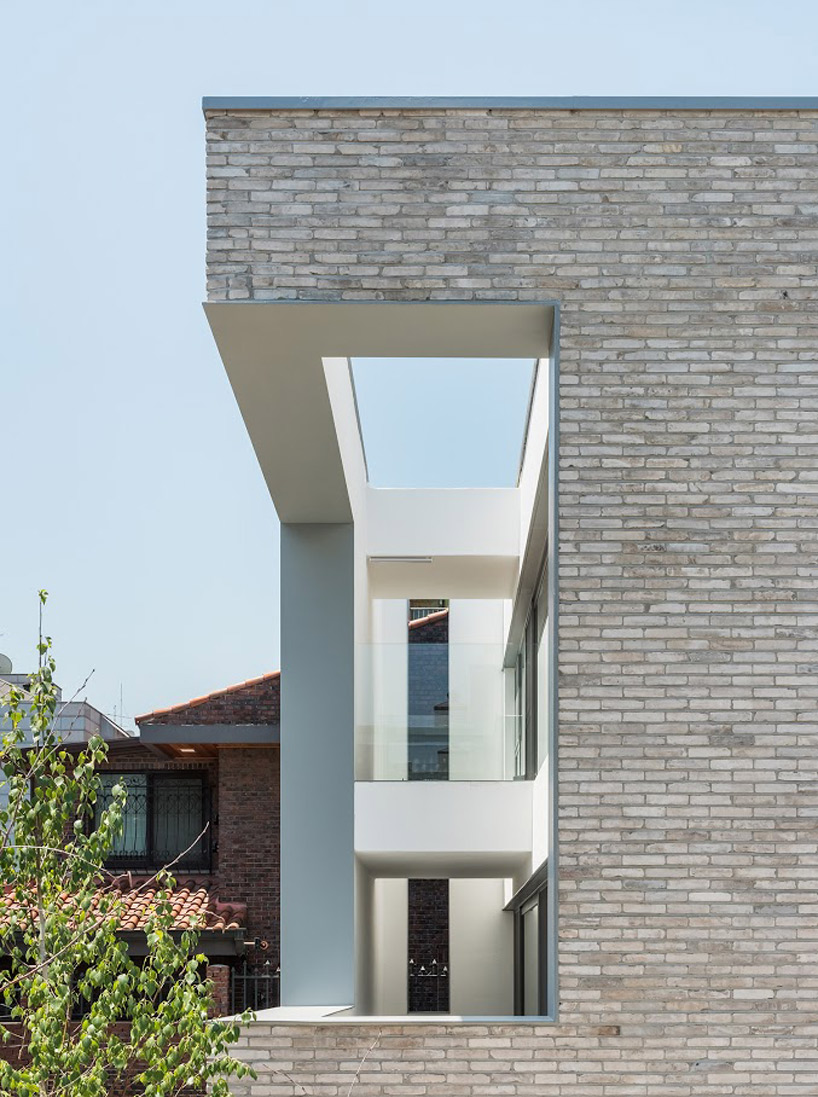 a double layered window punctuates the south elevation of the scheme. this large window stretched from the second to the third floor and fills the interior with natural light. the mother’s private space is located on the ground floor, while the third floor is for the son’s family. this leaves the second floor to host the shared communal areas such as the kitchen, living and dining. ‘we deployed the house closest to the north-west end of the site, so that it reduces the site coverage area whilst securing enough height of the building.’ 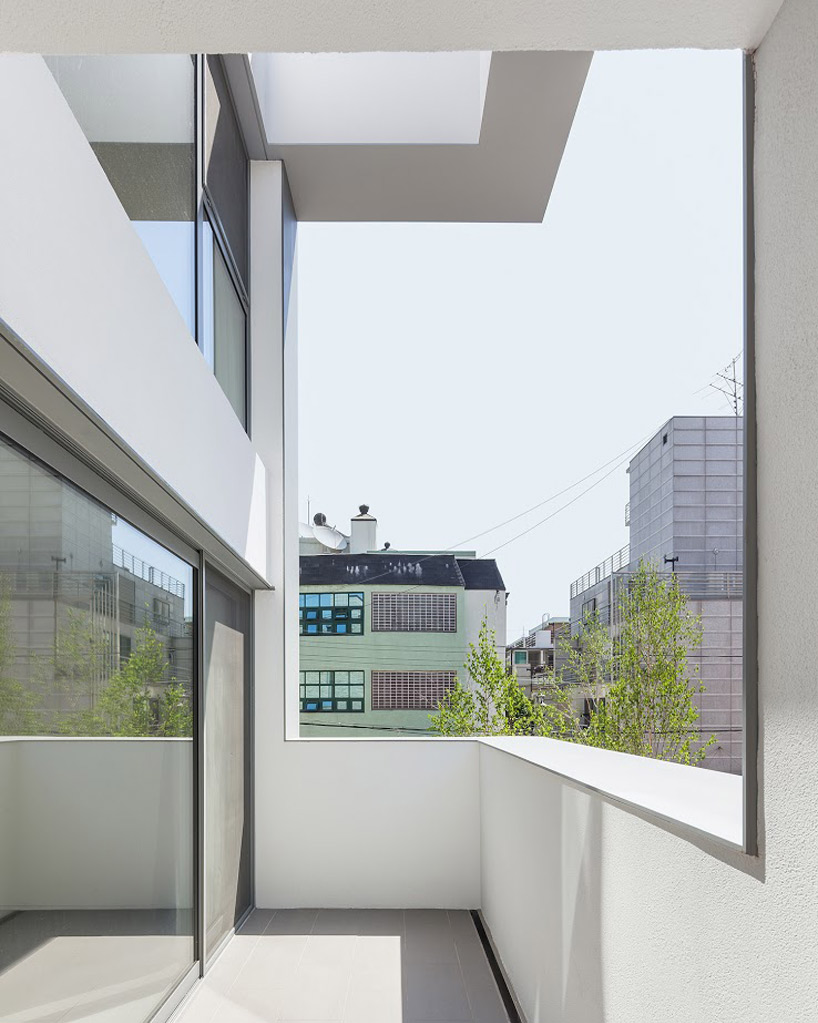 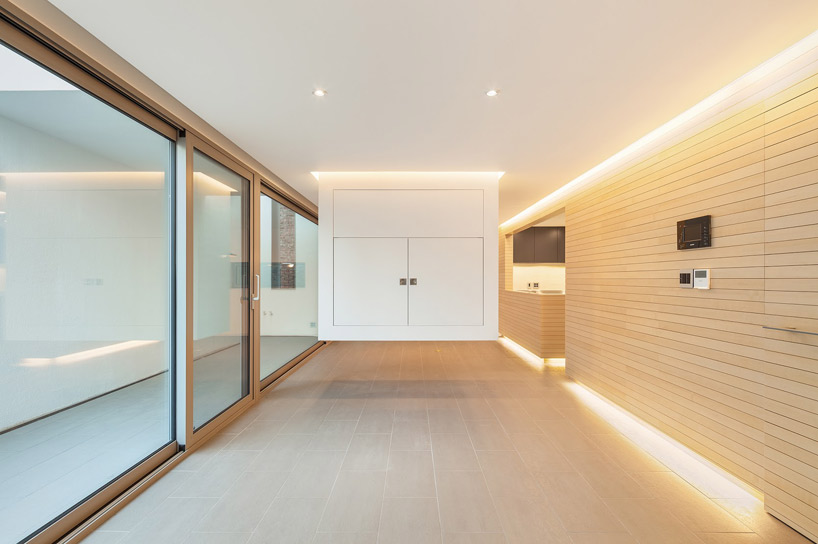 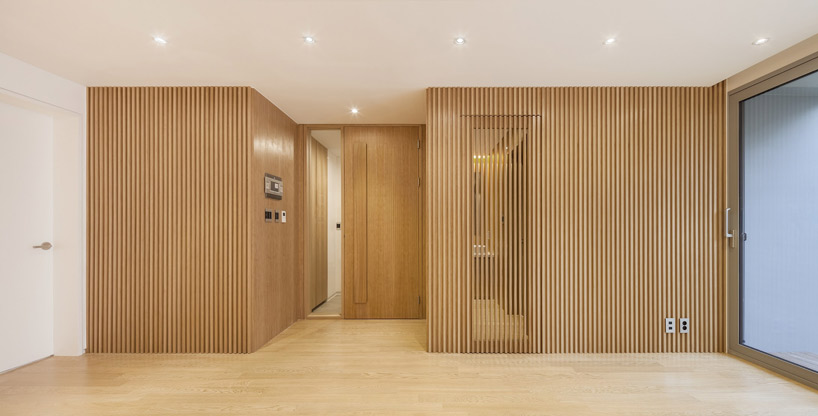 the top floor houses the client’s immediate family, while the ground is for his mother 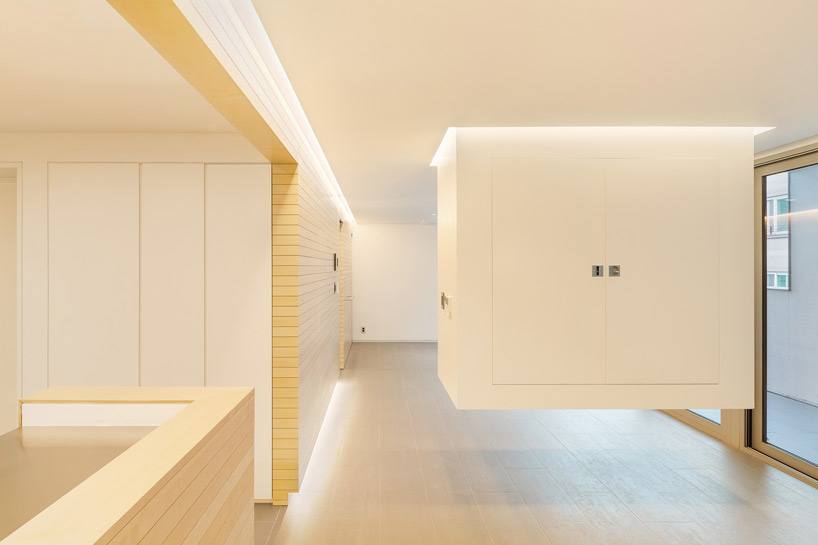 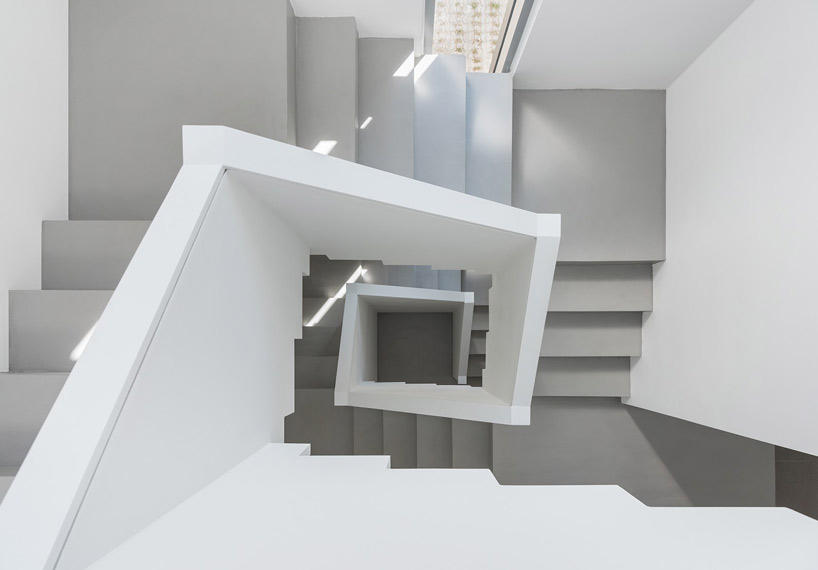 the staircase connecting all three storeys 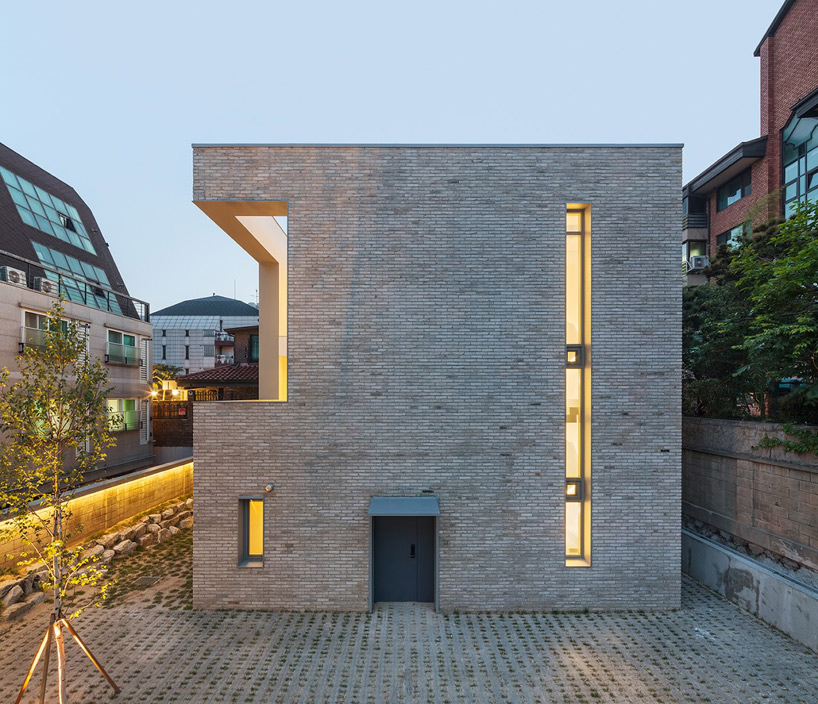 the brick exterior with the deep-set windows 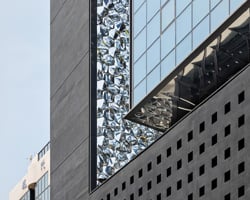 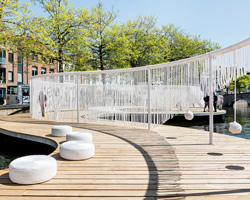 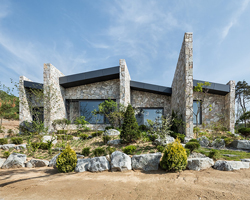 Mar 08, 2017
OBBA builds up stone house for elderly couple in the korean countryside 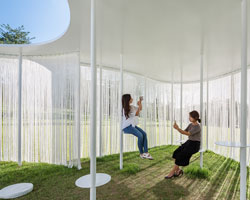 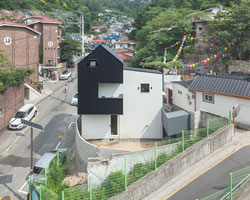