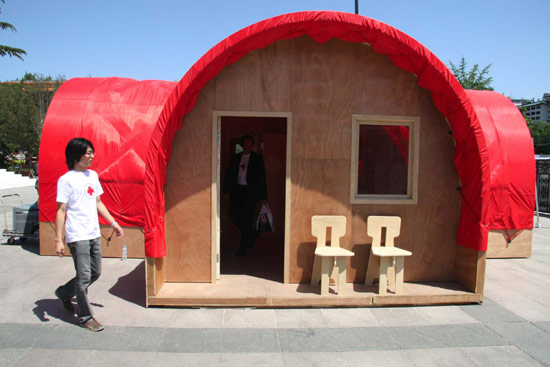 obra architects was invited to acknowledge and mark the first-year anniversary of
the sichuan earthquake through participation in crossing: dialogues for emergency architecture,
an exhibition on emergency housing at the NAMOC. the completed full-scale prototype
was exhibited in the entry courtyard to the museum from may 12 to may 24, 2009.

red+housing proposes an approach that tries to incorporate both the advantages of
fast-response solutions, such as the deployment of military tents, with those of slower
and more considered responses such as neighborhood reconstruction efforts involving
local traditions and user construction.

the design has been developed as an in-progress embodiment of the following 10 points
of architecture on the edge of survival.

universal application
this prototype aspires to universal applicability. its development contemplates a series
of simple modifications that would make it a useful solution anywhere in the world: add
insulation and a stove for cold climates; remove doors and windows for tropical climates;
replace materials according with local availabilities, etc.

effective performance
the project makes economical use of materials by enlisting the structural strength of post
tensioning. the bamboo plywood strips of the dome support the enclosure, with the same
force with which a bow propels an arrow into the sky.

economical
the project proposes the use of locally available low-cost materials. the materials are always
replaceable and are chosen for their performance rather than appearance. when working
in different locations materials which become exotic can be replaced with ones that are locally
abundant.

transportable
all parts are collapsible to flats and can therefore be easily packed and transported.

ease of assembly
all connections are a simple friction bond of male/female parts which are then secured
with a minimum of fasteners.

renewable materials
in china the project is proposed almost entirely in bamboo plywood, one of the most
renewable of materials. the cover fabric can also be considered as woven out of waterproof
bamboo fibers.

digitally pre-fabricated
digital pre-fabrication makes the project economical in its speed of production and also
easy to assemble due to the precision of its fabrication.

open work
the cruciform house, while iconic, retains in its biaxial symmetry a certain ‘indifference’ that
allows its easy recombination with other locally and diversely made structures.

urban/rural
the geometry of the crosses, when deployed together in groups, defines in-between spaces
of infinite flexibility that can suggest an ‘urban’ context for a field of houses. likewise, if
a house is erected by itself, the exterior of the cross creates spaces that mediate between
interior and exterior providing a context for people to spend time outside.

flexibility of use
the geometry of the cross allows the inhabitation of the house as either 1, 2, 3, or 4 different
units of housing. 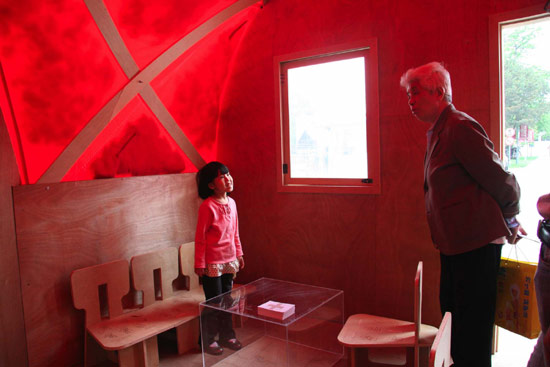 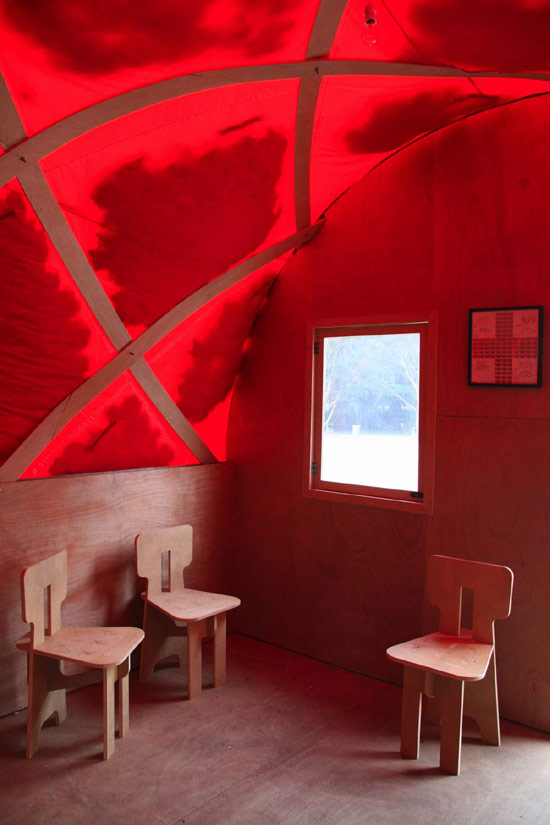 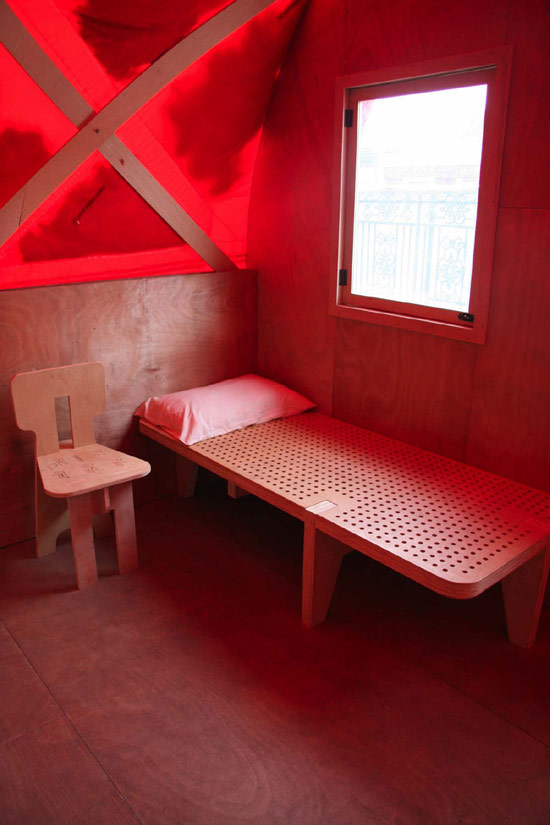 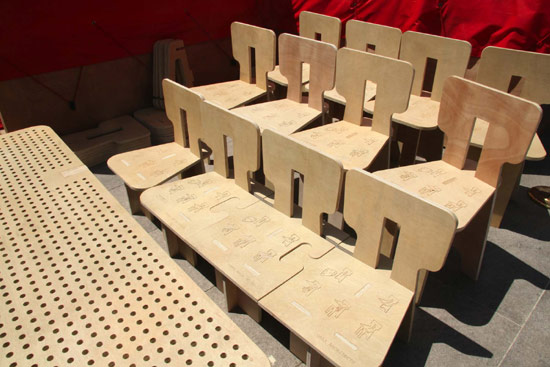 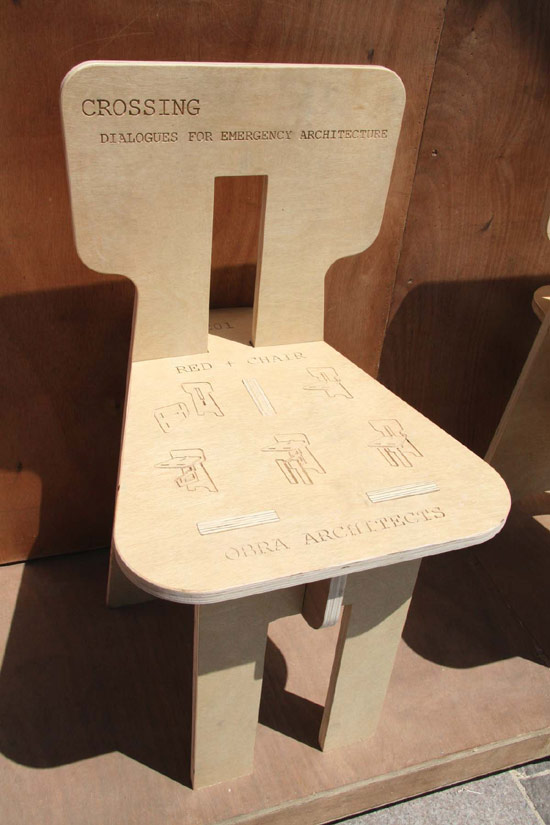 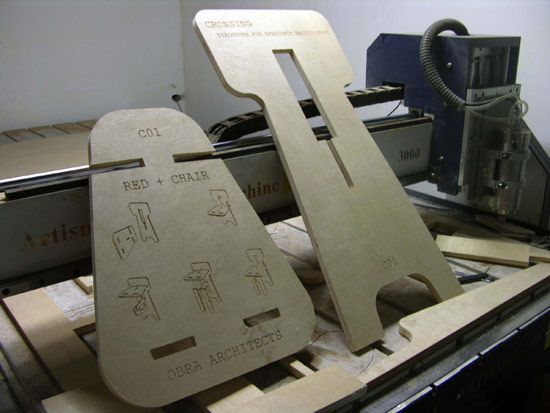 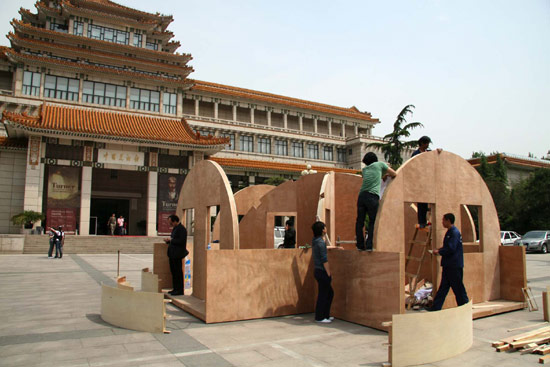 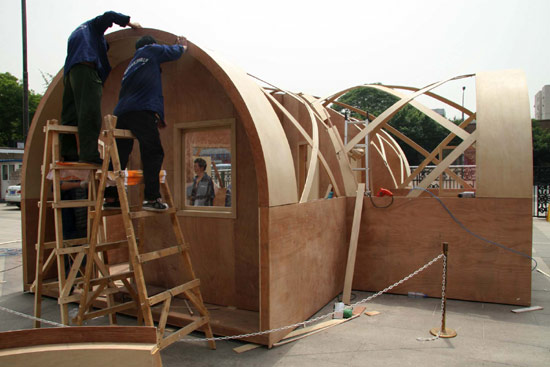 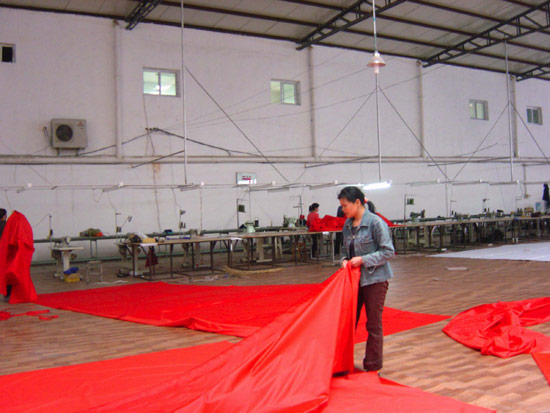 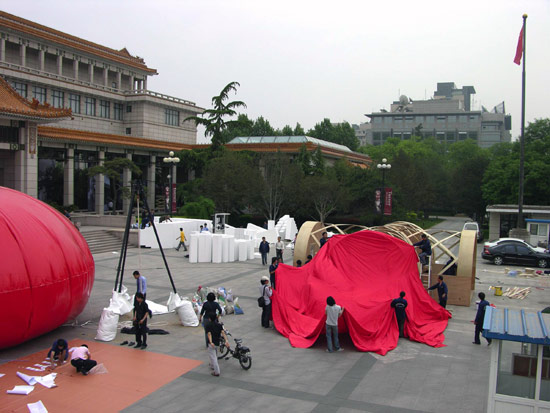 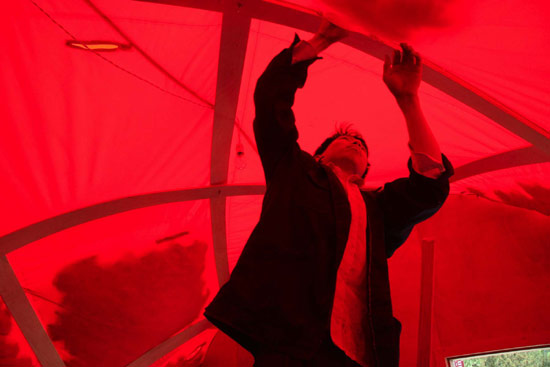 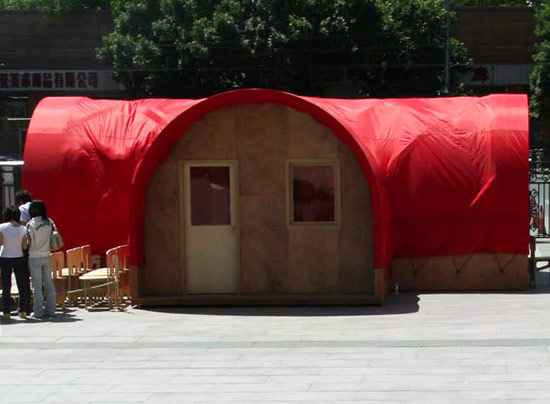 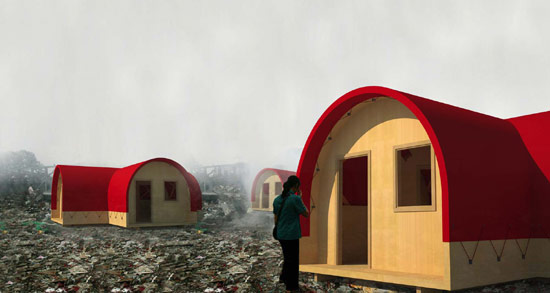 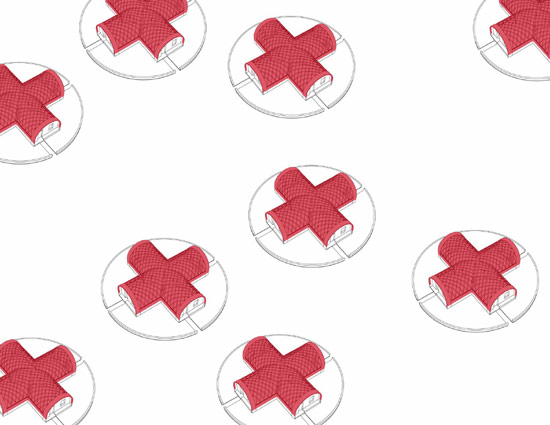 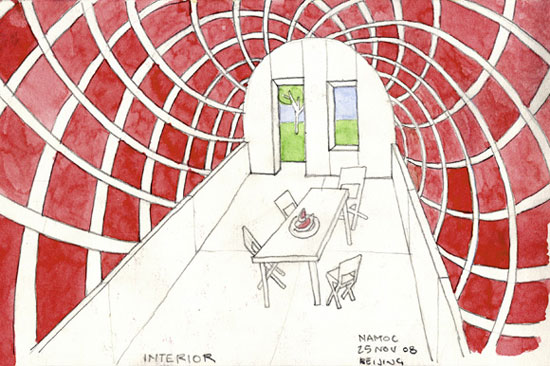 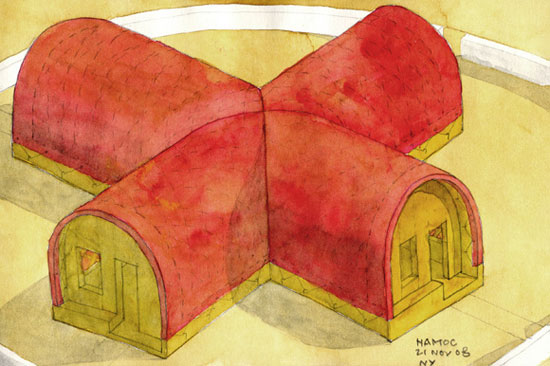 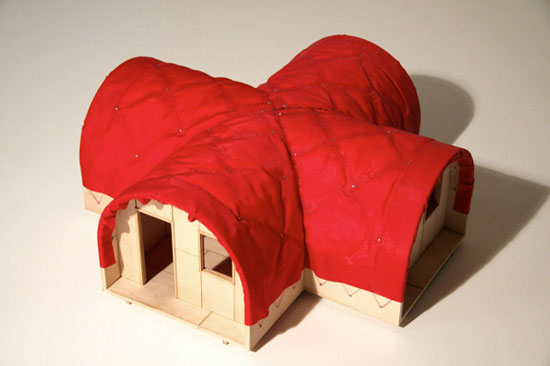 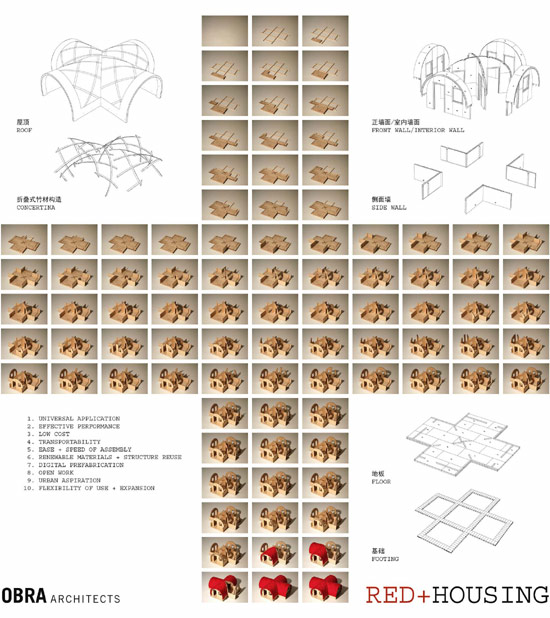