architecture firm ODA new york is currently working on two enormous housing complexes that between them span three city blocks. although the two developments are situated on the former site of brooklyn’s rheingold brewery, the projects are independent of each other and are backed by two different development firms. both ‘10 montieth’ and ‘123 melrose’ are currently moving towards completion with the former having just just topped out, and the latter receiving its cladding. new drone footage (seen in the video above) illustrates the vast scale of the site, which had previously been vacant for decades. 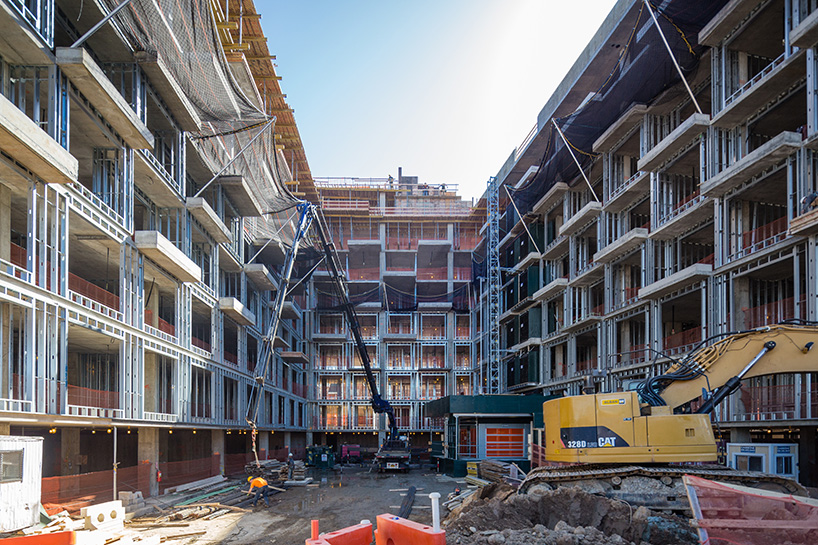 once complete, ‘10 montieth street’ will be oriented around an interior courtyard
video and image © pavel bendov

once complete, the seven-storey ‘10 montieth street’ will be oriented around an interior courtyard and topped with an expansive rooftop. designed by ODA to evoke the natural terrain, the roof’s sloping topography allows for direct horizontal access from the top four floors and lend these units a penthouse feel. among other amenities, the roof’s 25,500 gross square footage will encompass a running and hiking course, an urban farm, and various outdoor eating areas. the building will contain a total of 392 units — 123 studios, 228 1-bed apartments, and 41 2-bed units. other on-site amenities include a café, media/screening rooms, a library, co-working/study areas, a gym/yoga room, a climbing wall, and a play room. 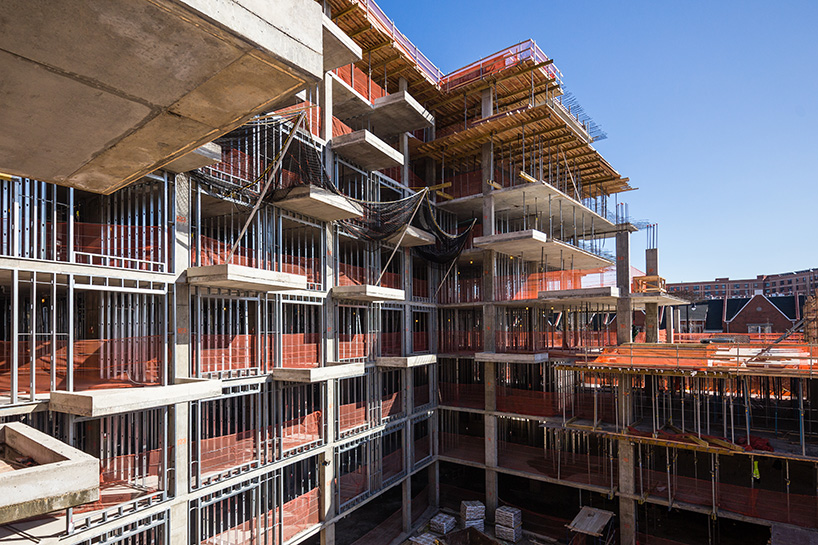 located in close proximity, ‘123 melrose’ spans two city blocks and will contain between 800 and 900 units. conceived as a city in its own right, rather than a housing complex, the project is articulated around a meandering system of interconnected courtyards. within these areas, landscaped walkways and corridors give way to plazas, coffee shops, and art galleries, among other publicly-accessible amenities designed to promote a vibrant sense of community. read more about the vast project here, and see more images of the site under construction below. 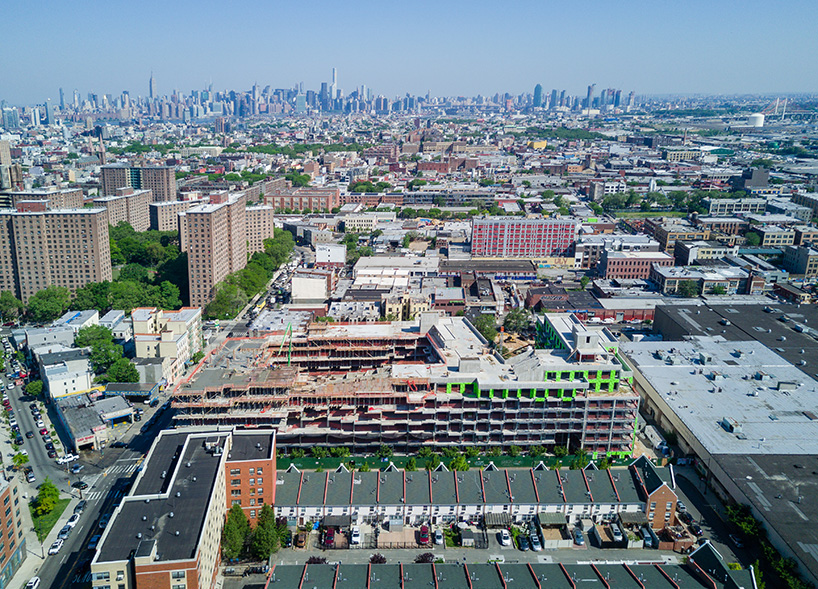 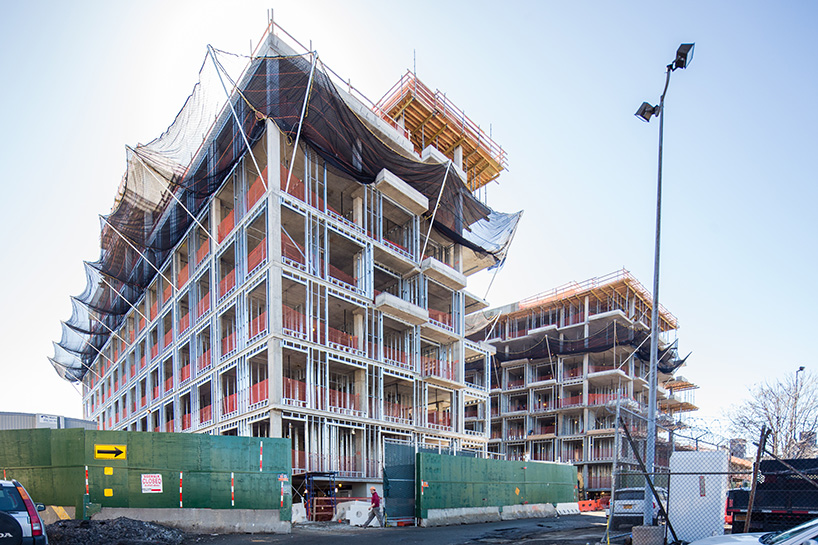 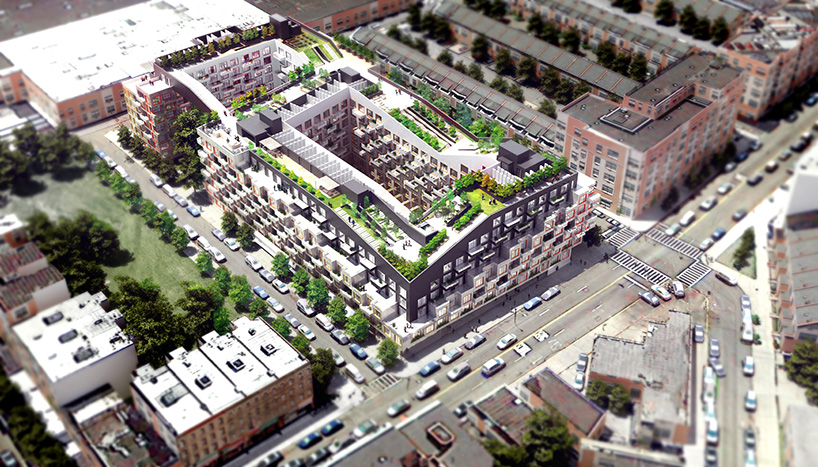 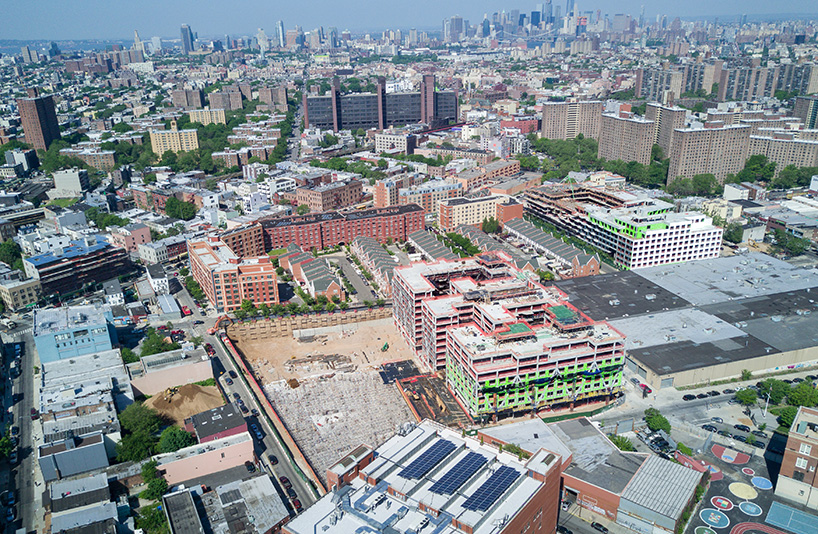 ‘123 melrose’ in the foreground, with ‘10 montieth’ shown to the right
image © pavel bendov 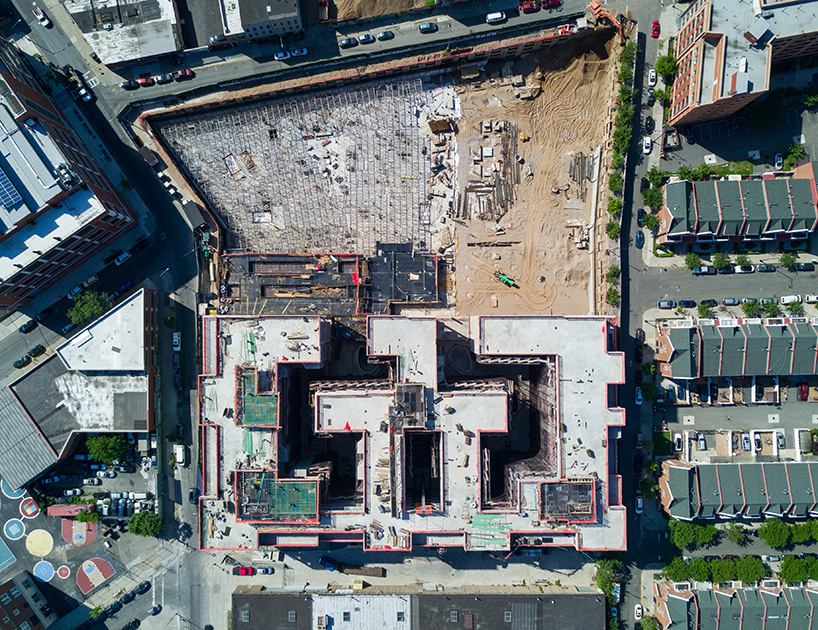 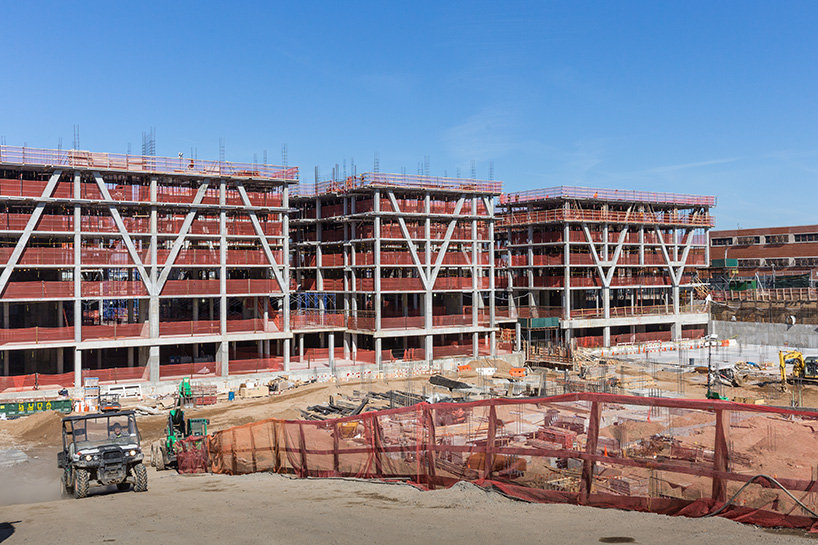 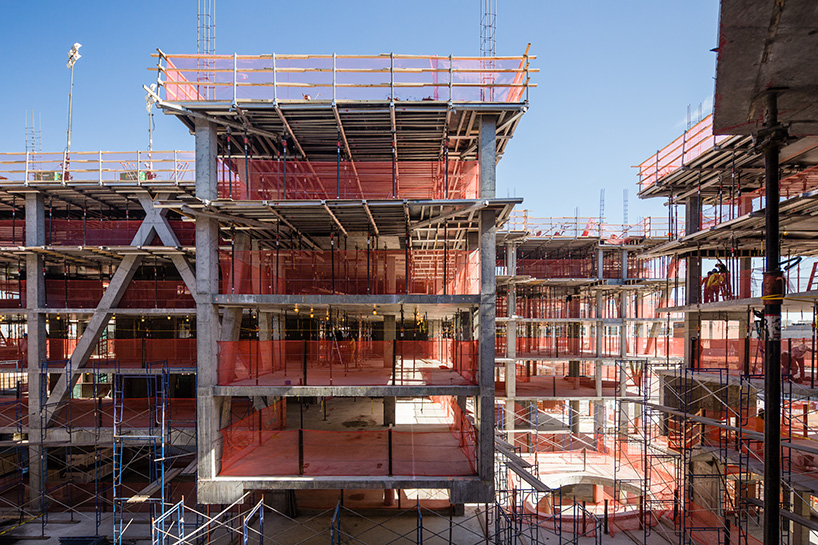 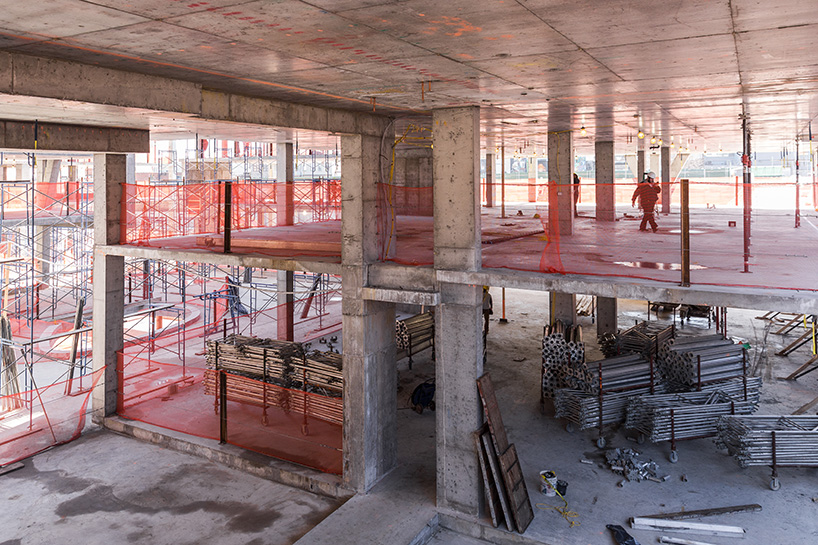 construction is moving ahead on both projects
image © pavel bendov 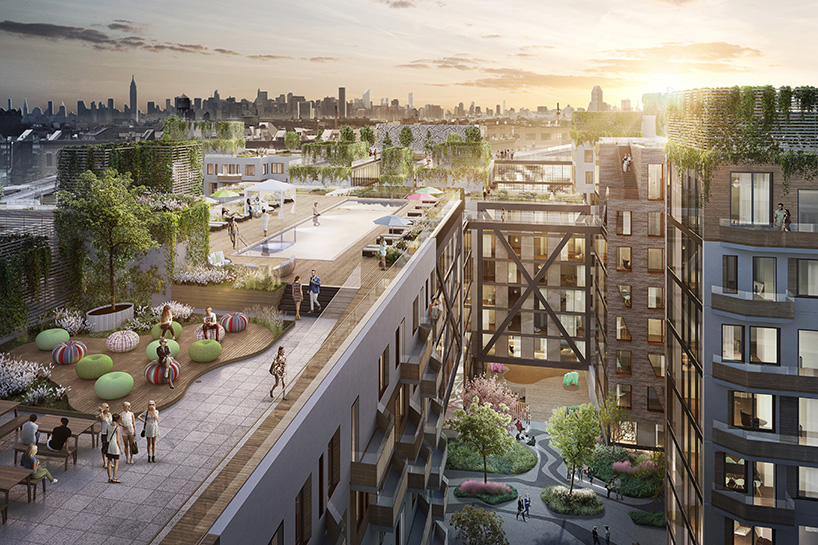 landscaped walkways and corridors will give way to plazas, coffee shops, and art galleries
image © bloomimages 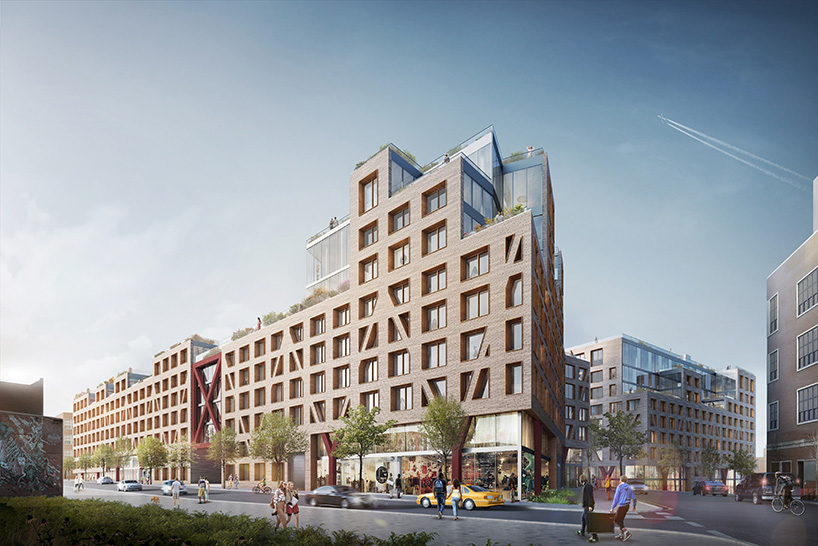