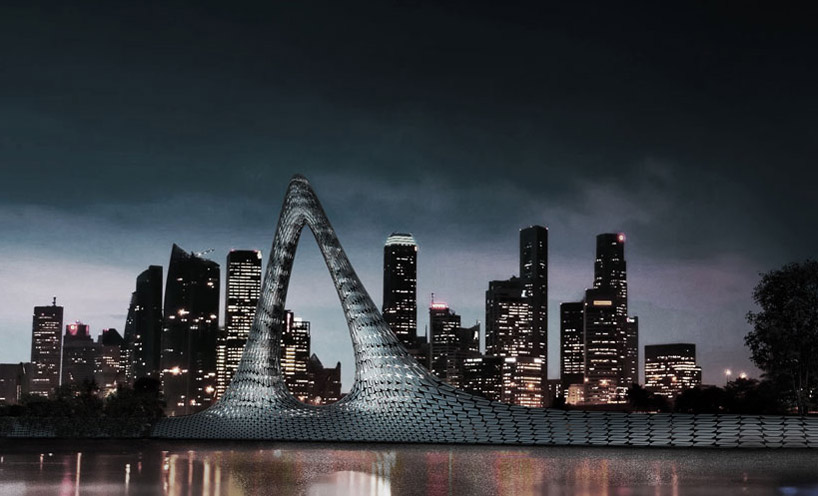 italian OFL architecture has won first prize in the international competition ‘new silk road map’.
participants were invited develop innovative ideas-projects, material or immaterial, for
the recovery, reinterpretation, updating and reconfiguration of the collective image of the
‘silk road’ (soon to become a UNESCO world heritage site). the silk road is a network of
commercial, cultural and religious paths measuring some 15,000 km in length. for over 2,000
years, it constituted the only connection between eastern and western civilisations.

SRME – ‘silk road map evolution’ is a project born out of the will to revive and regenerate
the current layout of the silk road. this is to be accomplished by means of a social, economic,
political and architectonic redevelopment of the historic stretch of the road that once belonged
to marco polo. the project deeply integrates infrastructure with architecture and by means of
a new railway system functioning on gravitational platforms follows the trail from venice to xian,
shanghai and tokyo, extending its ‘arms’ to create new infrastructures, commercial services
and residences.

the silk route starting from venice to tokyo

a wiry motor city extends itself to help out urban realities and struggling economies. the (linearly)
diffused city runs into other micro-cities in such a way that the greater entity hooks onto the smaller
ones to help them survive and, like an economic pump, extends life from the greater nodes to
the smaller and poorer extremities. the 15,000 km of the silk road shall be broken up by bionic
towers which will represent the centers of new urban sprawls. the new silk road line will also serve
as the generator of other paths that will branch off of the main course of the road to develop a larger
economic armature.

the studio driven towards the development of the SRME was created following an attentive analysis
of the actual condition of the city on a global level. the common problem of large contemporary cities
is that of congestion of circulation. this is a natural consequence of demographic expansion, a phenomenon
that can be defined as explosive considering the exponential trend that manifested in the 20th century.
the ‘classic’ urban structure of cities developed concentrically around a central nucleus is no longer
capable of resolving the problematic issues of traffic and pollution. as a result, the model of an ideal city
will evolve, placing emphasis on mobility and creating an environment in which displacements are reduced
to a minimum and sustainable means of transport are implemented. the key issues of the innovative project
of mobility are therefore the growing mechanization of displacements and the abandon of personal vehicles.

SRME offers a response to problems of mobility by sustaining a new model of urbanization that goes beyond
urbanism itself. this is developed along an axis of indefinite length, comprised of a vital artery that in turn gives
life to minor urban organisms.

linearity and three-dimensionality are the driving forces of this cultural and technical venture for cities of
the future. following this new model which can be categorized within spatial urbanism, the city will no longer
be thought of as an isolated organism. it will instead be integrated with others along a system of ligaments
that creates a real and proper urban infrastructure in which circulation exists both horizontally and vertically.

silk road map evolution will become a global city for the future, made up of extra long tunnels
and highly sustainable and habitable towers of various forms. these small livable worlds will be
organized in vertical and circular skyscrapers whose forms will be dictated by their internal functions
and by their relationship with the railway system and the natural world. the fundamental goal of this
innovative project of the spatial city is that of reducing to a minimum the percentage of soil disrupted
for construction and urban structures. this also addresses the problems of architectonic development
in large metropolises as well as overpopulation and increasing demographics of existing cities.
marginal suburbs and peripheral cities which cause great social problems will disappear. 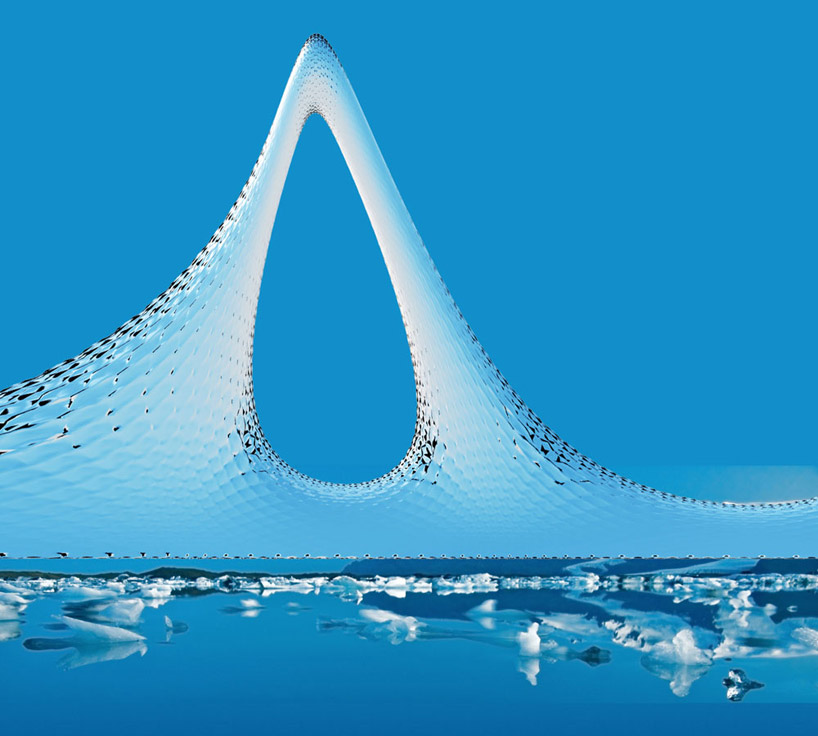 from an architectonic and urban point of view, SRME is made up of two urban, ecological
integrated systems. the first element, that of the towers, is composed of three different types
of skyscrapers which will rise to a median height of 400 meters. the second element, that of
the railway system, is made up of the main path of the silk road as well as a new line of
commercial and public transport with trains that travel on polarized gravitational fields uniting
the orient with the occident. the external skin of the entire project is composed of an innovative
system made up of a cement based on titanium dioxide. this significantly reduces atmospheric
disturbance and thanks to a particular synthetic chlorophyl generates a photocatalytic reaction
that produces clean air for a quantity equal to 500 liters of oxygen a day for every 200 square
meters of surface. an unprecedented energy system is also placed on the inside of the train tracks.
this is composed of various piezoelectric panels integrated into the tracks which capture energy
created by waves of pressure resulting from train traffic and transform it into electricity. 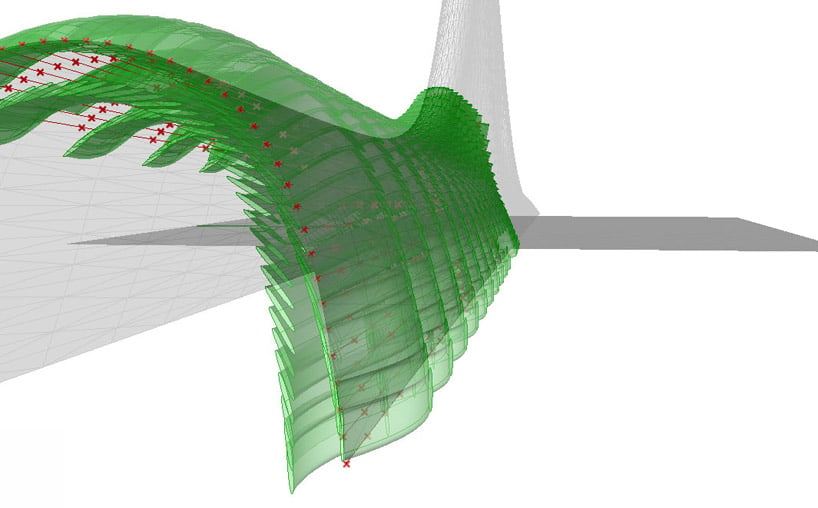 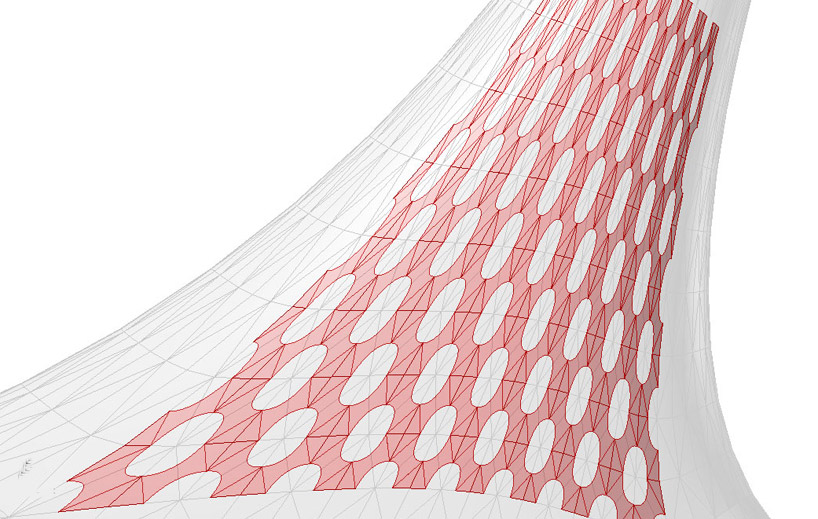 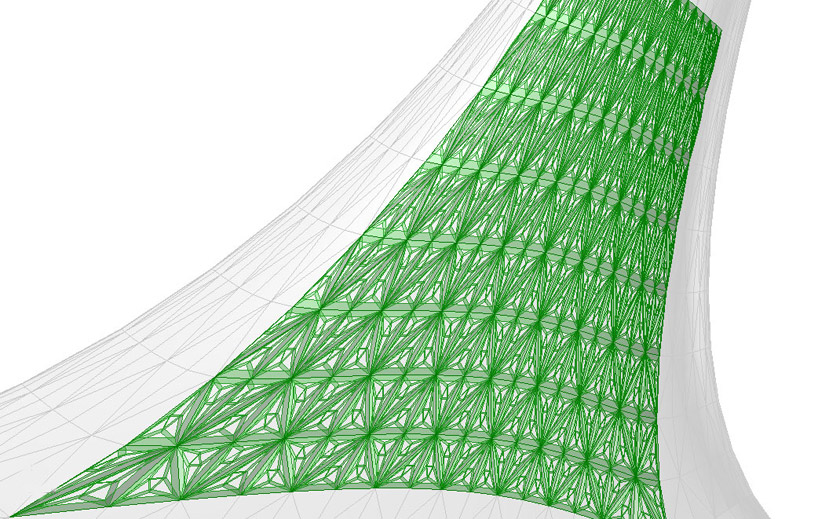 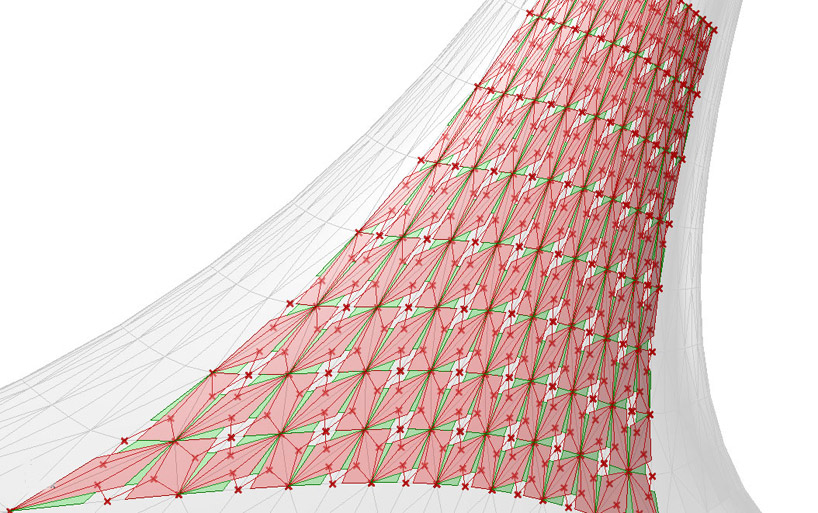 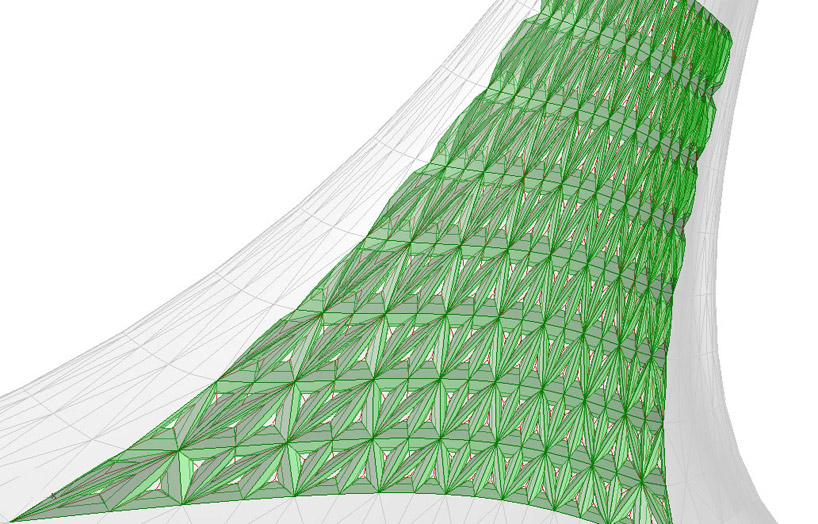