designed by artist olafur eliasson, the much anticipated ‘cirkelbroen bridge’ has opened to the public in copenhagen. the unveiling of the project, which spans the city’s christianshavn canal, was attended by over 7,000 members of the public.

‘the cirkelbroen bridge creates new spaces along the waterfront,’ explains eliasson. ‘it provides proximity to the water and encourages users to slow down a little and take a break. I hope it will become a meeting place.’ 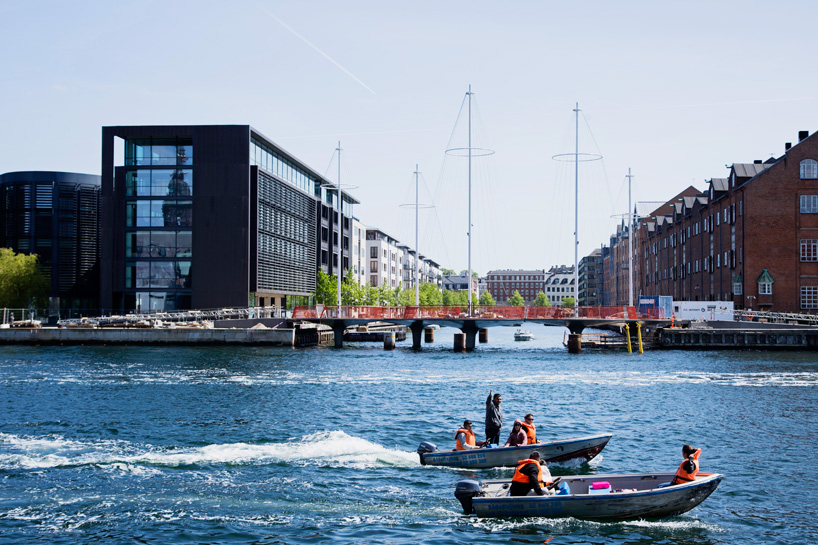 the structure is a testimony to the region’s nautical history, with posts that take the form of ship masts
images by søren svendsen, nordea foundation

the link will allow the people of copenhagen to cycle, walk or run along the waterfront and through the city center. in addition, the bridge serves as both a meeting place and vantage point that invites reflection, new views and perspectives.

‘in my art, I work with transient materials – such as wind, fog or flowing water,’ eliasson continued. ‘it has been wonderful to have the opportunity to make a structure such as the cirkelbroen bridge, which embodies this transience – the changing of the weather and how this helps to create the waterfront atmosphere – but a bridge which has a long, stable life ahead of it at the same time. I am filled with immense pride to know that the cirkelbroen bridge will now be part of copenhagen.’ 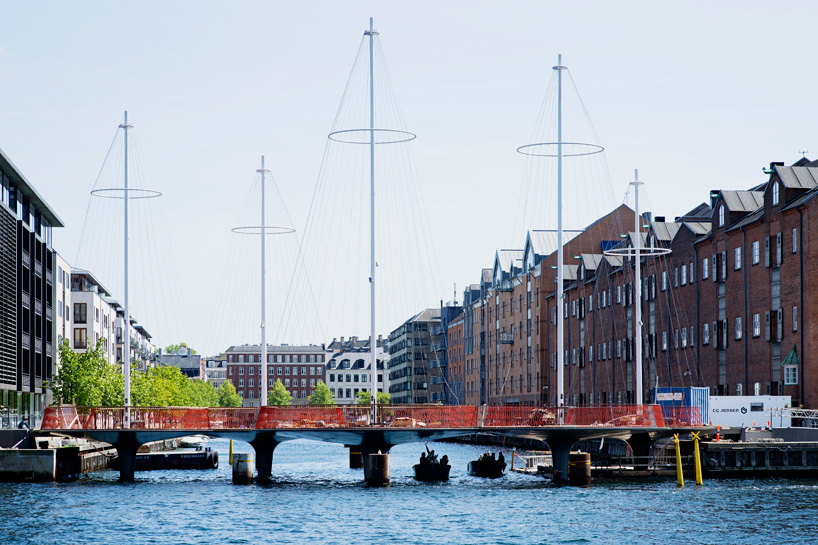 made of five circular platforms, the structure is a testimony to the region’s nautical history, with tall posts that take the form of chip masts. the project, which is a gift from the nordea foundation to the city of copenhagen, was welcomed by frank jensen, the city’s lord mayor: ‘the cirkelbroen bridge enhances an already lively, and attractive waterfront atmosphere for the people of copenhagen. this was emphasized today by the presence of such a large number of people at the official opening. the bridge binds our city more tightly together and is a landmark for the entire area of which we can be proud.’ 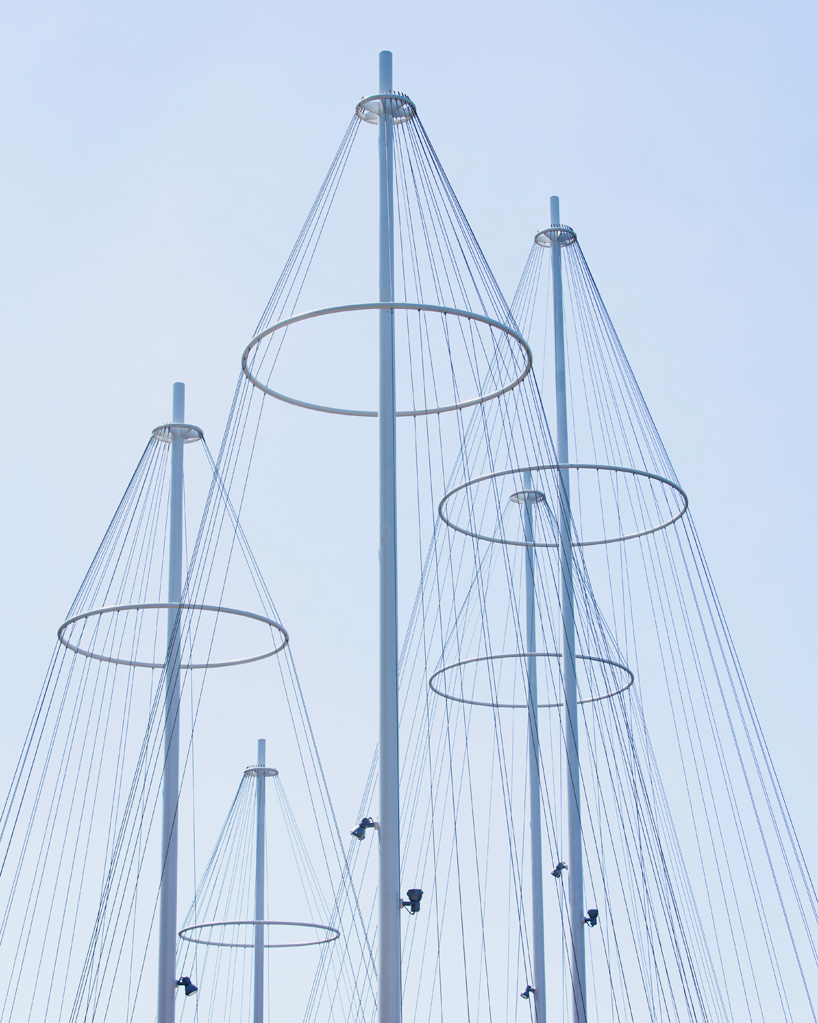 the five tall masts are visible from across the surrounding area 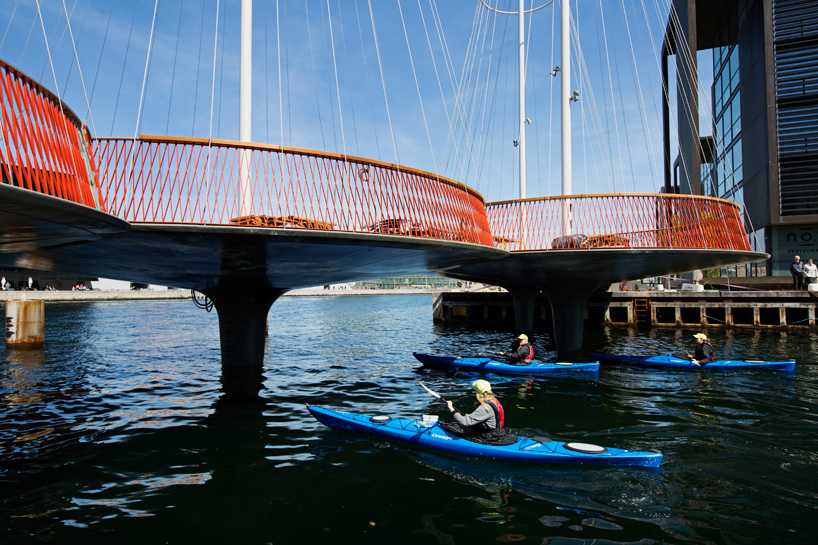 the bridge serves as both a meeting place and vantage point 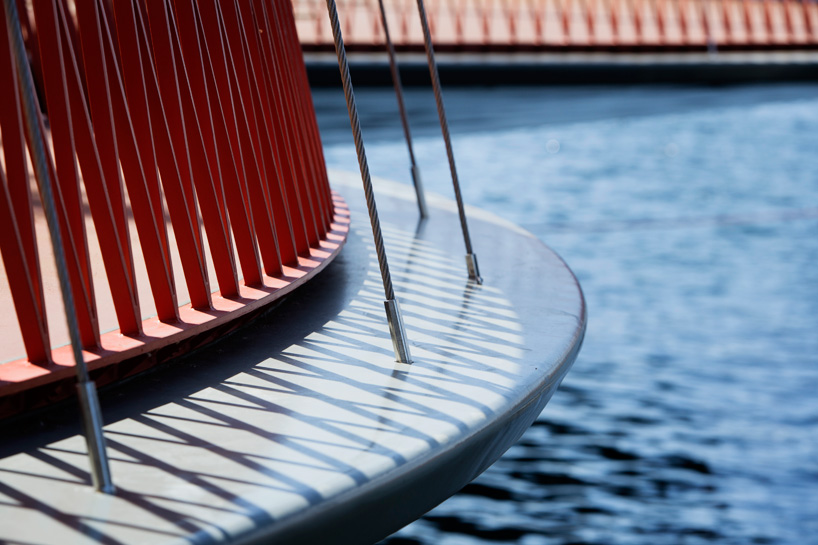 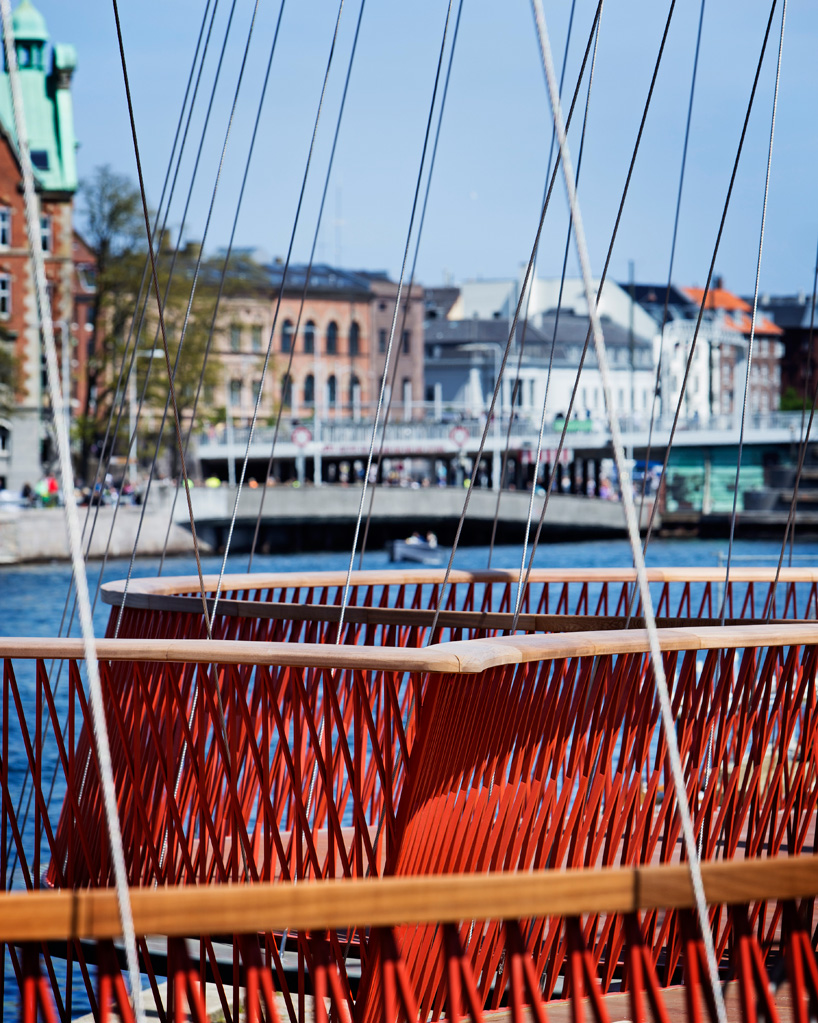 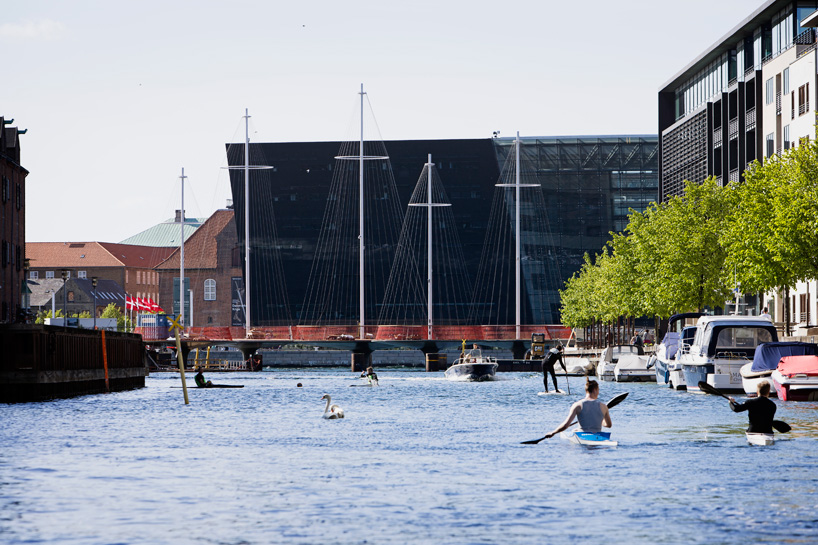 construction of the cirkelbroen bridge
video courtesy of nordea foundation 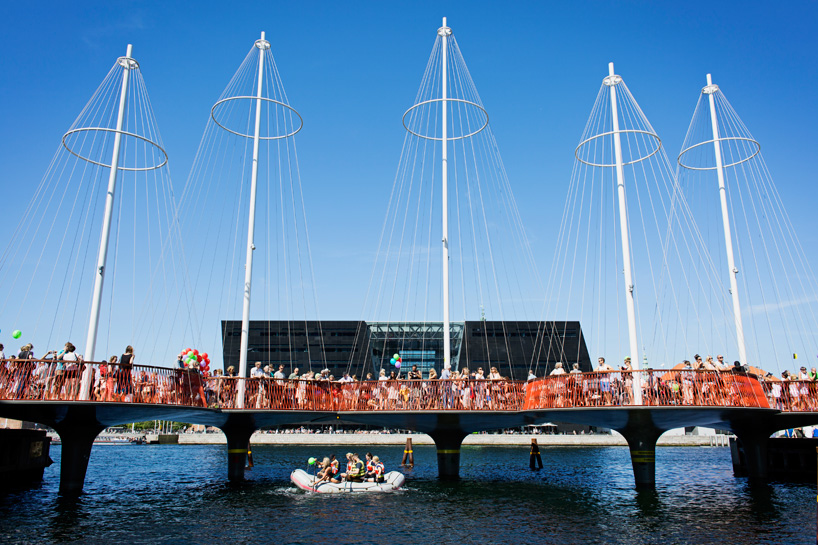 the bridge’s opening was attended by over 7,000 people 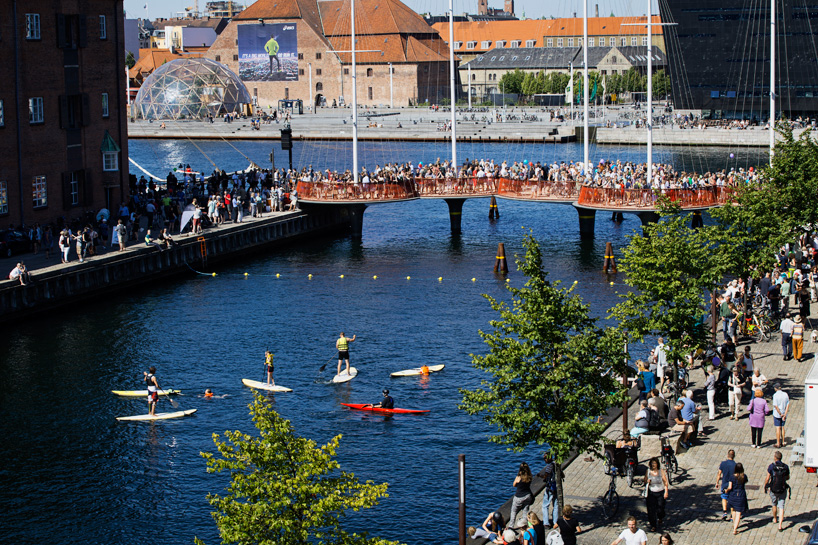 the crossing is located opposite the royal library, designed by schmidt hammer lassen