the year as 2060. olson kundig architects from seattle, see the guggenheim museum as a place which is no longer inhabitable. they envision all artworks have been moved to a secure location and the edifice that was once a lively place, sits empty… 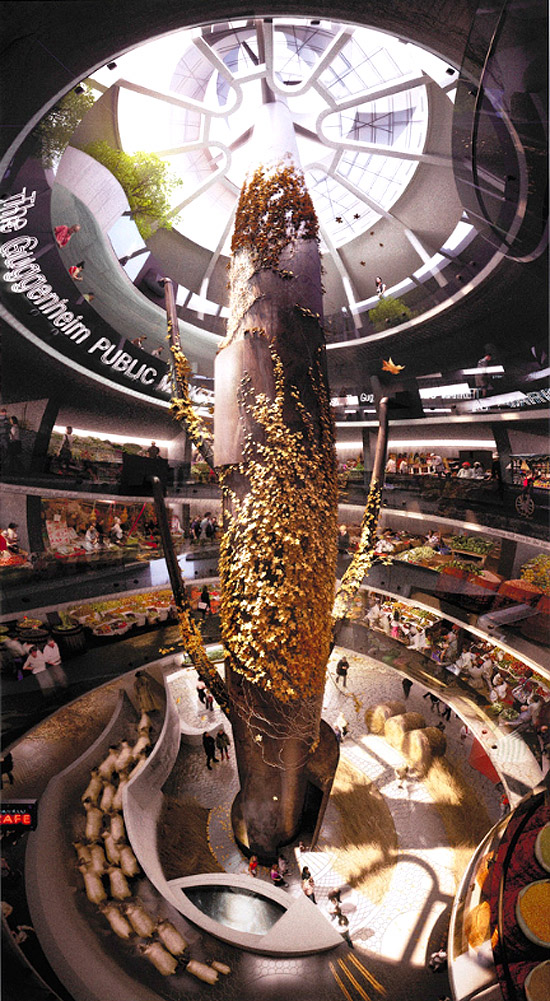 the void, which was once a symbol and center of the most prestigious in public and artistic expression now becomes the symbol of a new era – one that is characterized by expanding populations, increased poverty levels, food shortages and a built environment that is slowly reaching the end of its first life. this new urban void, sits in stark contrast to what lies in central park, just across the street, now home to hundreds of local growers tending their gardens and selling goods. a system born out of necessity for both food and food awareness. however, the growers lack organization and vie for hotly contested seats in the miniature markets, and are forced to peddle their produce street side or sell goods to larger intermediaries for less than at the market. 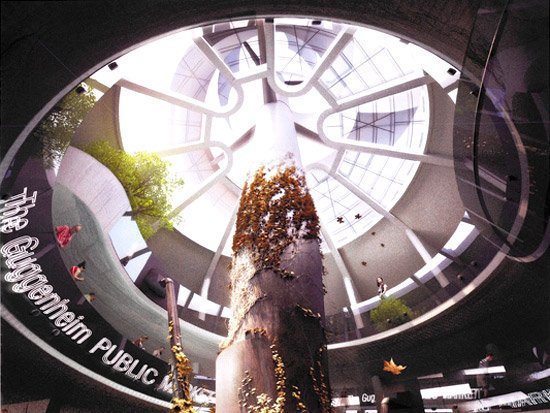 alas, the empty helical space is given life again. these sellers, climb up the ramp of the abandoned institution and slowly start to claim stalls. the upper oculus has been removed because of hail damage and large expanse which used to be glazing are now traversed by free-roaming livestock and citizens – it is the start of an open air market. efforts will be made to provide free, renewable sources of water from the reservoir. local craftsmen and farmers start fashioning a giant windmill from reclaimed steel to power the water and composter below. any waste produced is used by farmers as fertilizer. the windmill resembles a tree, its giant steel branches connecting each floor to the composter, filling the void with life again. 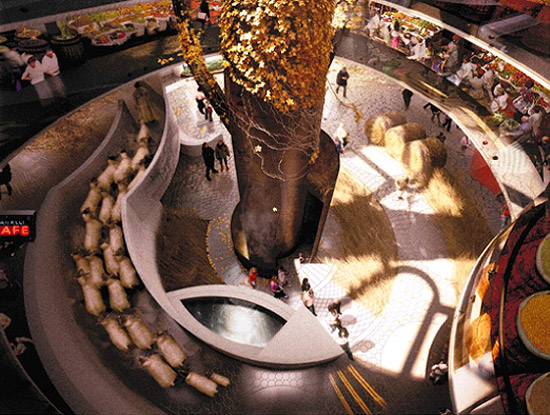 ‘central park market’ is born. the double helix is a testament to importance of adaptive and clever re-use, the importance of utility and sustainable communities. a notion that new yorkers can once again enjoy a place within nature and not outside of it.

sketch of the windmill / composter 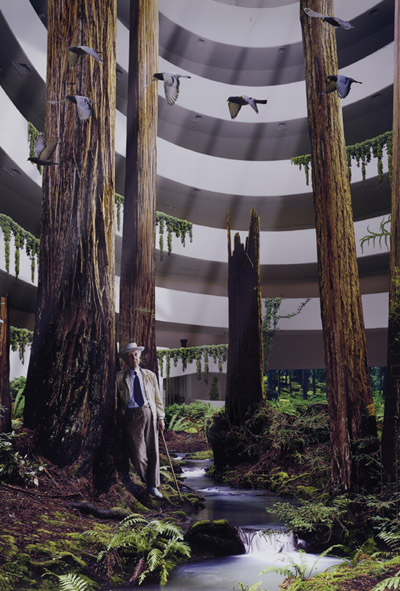 Mar 01, 2010
contemplating the void: interventions in the guggenheim museum 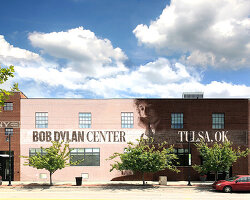