in july 2018, ‘olympia london’ — the major exhibition and events center in west kensington — announced the biggest investment in its 132-year history. the plans involved transforming the site into a world-leading cultural hub with hotels and restaurants, plus performance venues and state-of-the-art offices. heatherwick studio and SPPARC are leading the design and implementation of the project, which includes the creation of 2.5 acres of public space. now, six months after the plans were first unveiled, the £1 billion project has received planning permission. 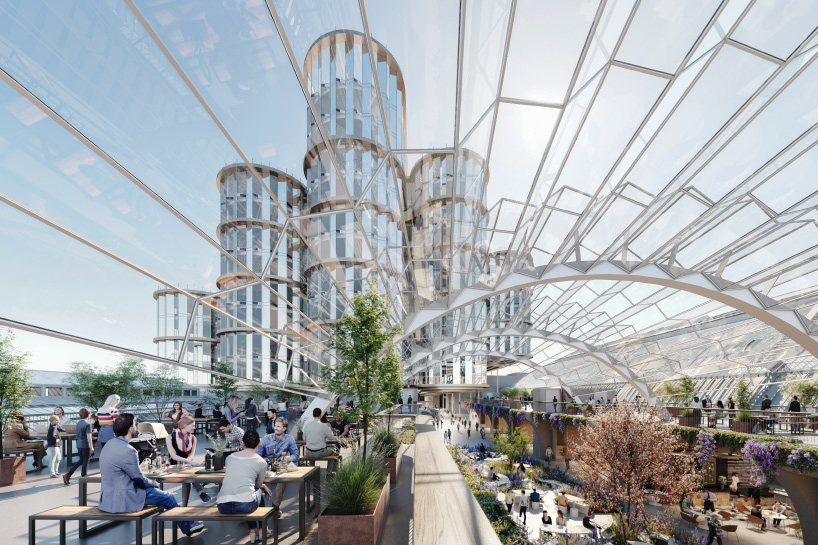 all images courtesy of olympia london

key features of the project include: a 1,500-seat theater; a 1,000-seat performing arts venue; two hotels; a four-screen cinema; 670,000 sq ft of creative office space, including new co-working space; upgrades to the existing spaces to turn olympia london into one of the world’s top exhibition and event centers; and a 200,000 sq ft logistics center. it is estimated that project will create more than 3,000 new construction jobs over the next five years in addition to approximately 5,400 new jobs for the borough when it is completed. it is also forecast that the renovated venue will bring in an extra £9m per year in consumer spending to the area. 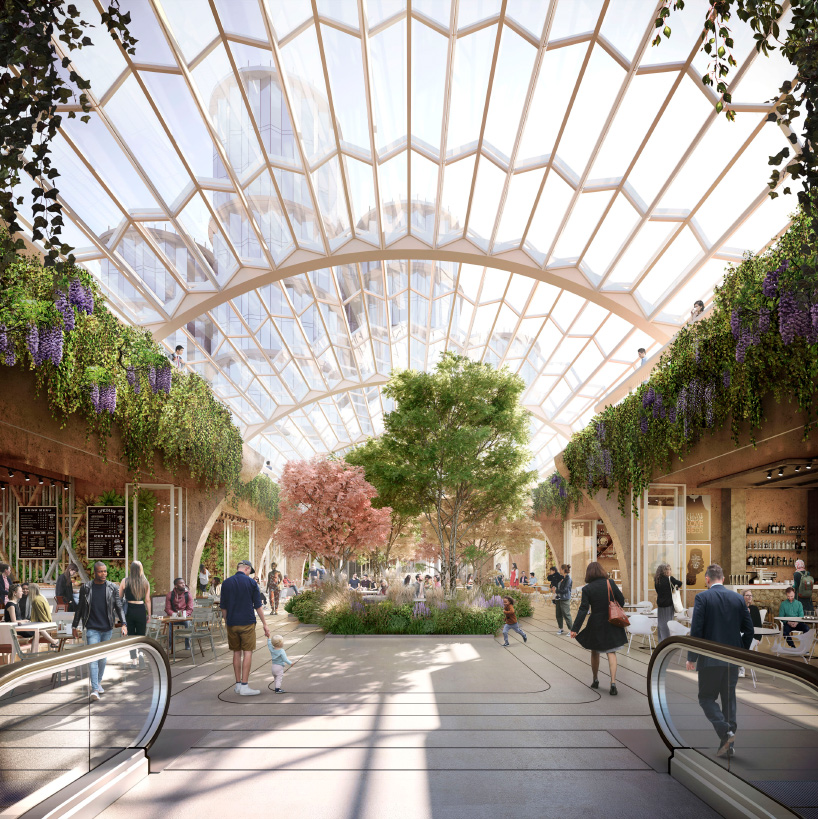 ‘we’re excited to have the opportunity to work on this important but neglected piece of historic london, transforming olympia into a revitalized place, not only for exhibitions but also for arts, culture, and entertainment,’ says thomas heatherwick, founder of heatherwick studio. ‘celebrating the original architectural innovation of the 132-year old exhibition halls, our vision aims to enhance the public experience of the site by creating over 2 acres of new publicly-accessible space for visitors and the local community to enjoy.’ 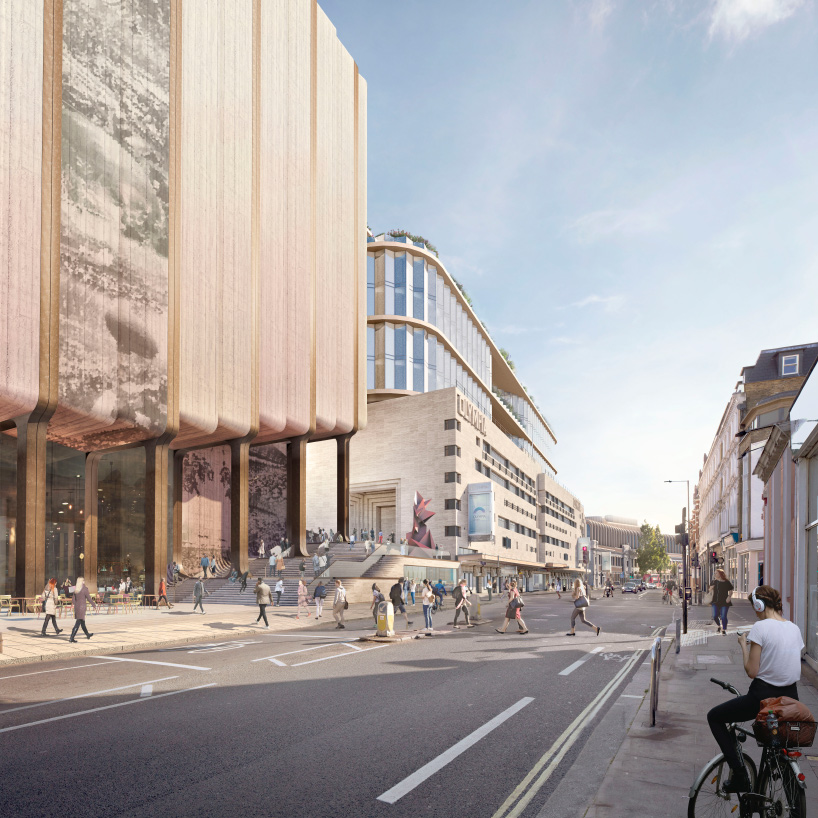 ‘we are thrilled to have received planning for the redevelopment of the iconic olympia london,’ adds trevor morriss, principal of SPPARC. ‘each building and public space we have carefully designed has been inspired by the rich history that surrounds the scheme and will position olympia london as a thriving hub for creativity and innovation.’ the transformation will get underway in 2020, with the first tenants moving in by 2023. according to the site’s owners, YOO capital and deutsche finance international, the venue is in advanced talks with some of the biggest names in entertainment and hospitality about taking space on the enhanced site. the first commercial partners will be announced in spring 2019. 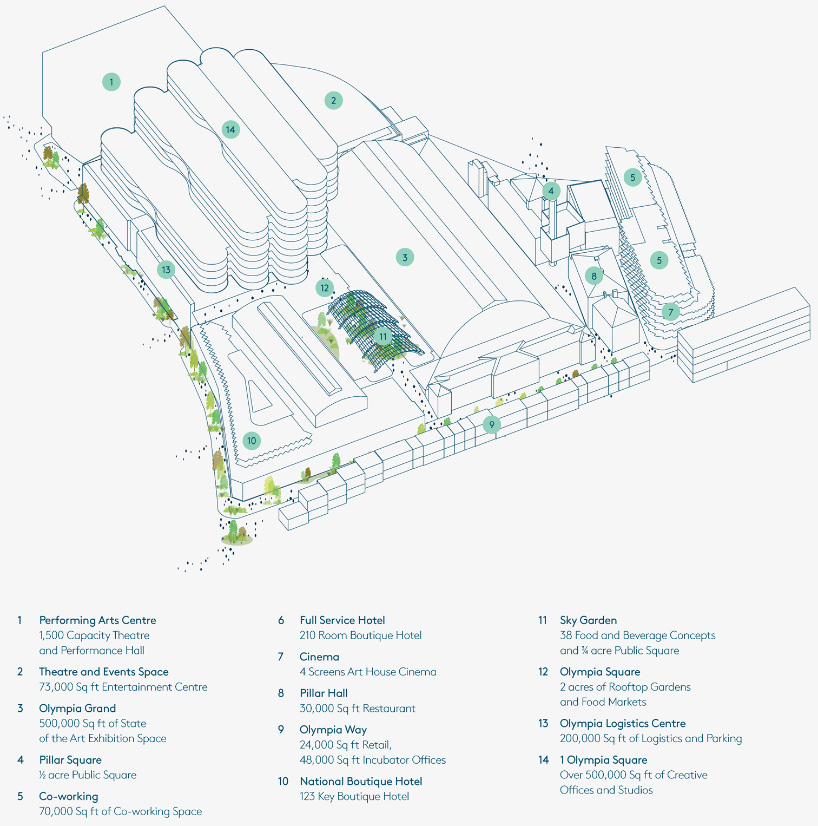 the masterplan for the £1 billion project