the opening ceremony for london’s summer olympics will be held on july 27 at 8:00 ET within the ‘olympic stadium’ designed by international practice populous. nominated for the 2012 RIBA stirling prize, the venue is capable of hosting 80,000 spectators for the opening and closing ceremonies as well as the athletic track and field events over the course of the two week long contest. the compact bowl brings the audience closer to the action than in past olympics. the firm prioritized the transition to a 25,000 seat capacity after the conclusion of the games, exploring form, materials, structure and operating systems. a composition of simple forms with demountable connections minimizes the fabrication time and weight of the entire structure. theater staging for the ceremonies can also be easily installed and overlayed in this same method.

situated upon an island bordered by two existing waterways at the southern sector of the olympic park, visitors are offered outward views across the water to the encompassing parkland. bridges connect the concourse to the other venues and facilities as well as groups of colorful pods for concessions and retail. 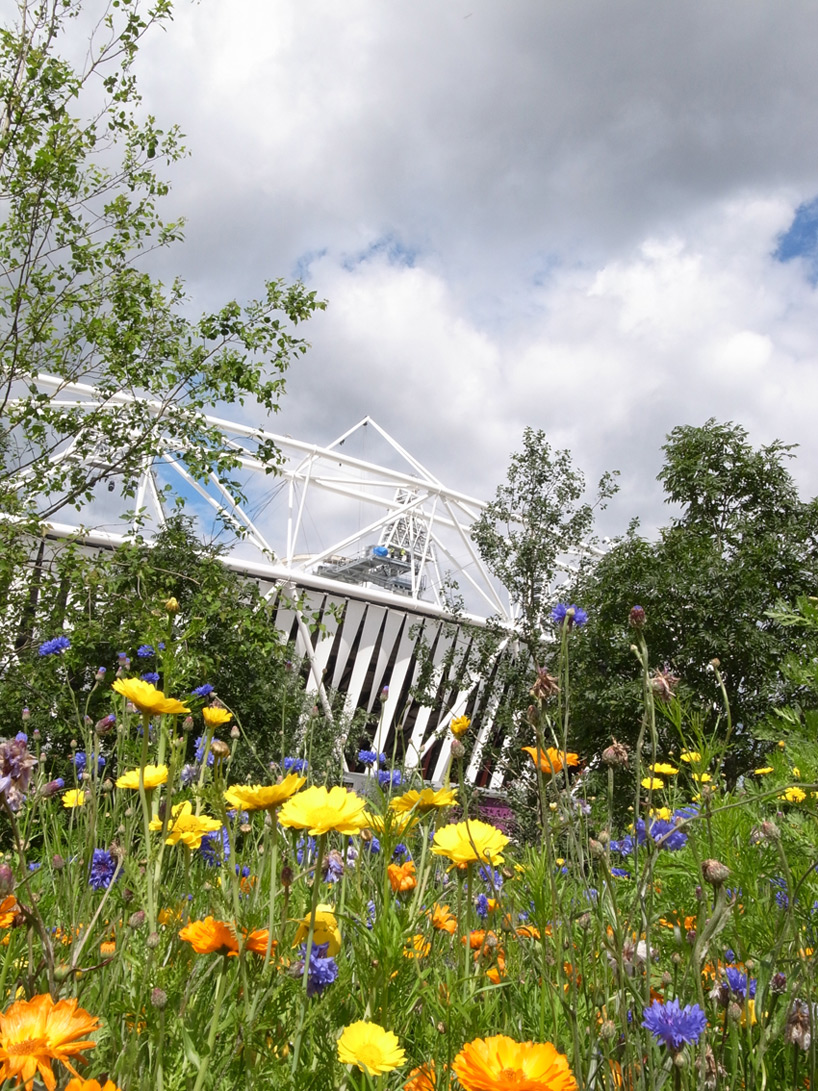 diagonal struts of white tubular steel along the roof’s edge contrast the black supports of the upper tier of temporary seating. a fabric wrap comprised of full-height ribbons forms a facade and neutral backdrop for the colors introduced by the spectators. the form of the canopy has been subjected to wind tunnel testing during early design phases to account for the IAAF’s guidelines which postpone play if tailwinds exceed 2 m/s, sometimes an unavoidable situation in extreme wind. cross or headwind conditions affect the athletes ability to reach peak speeds. the depth of the cantilevered covering will protect approximately two thirds of the seats during inclement weather. 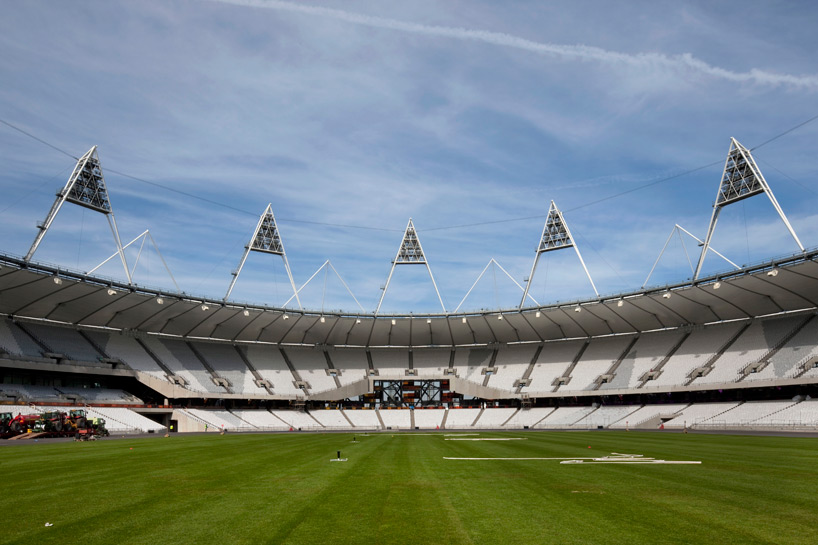 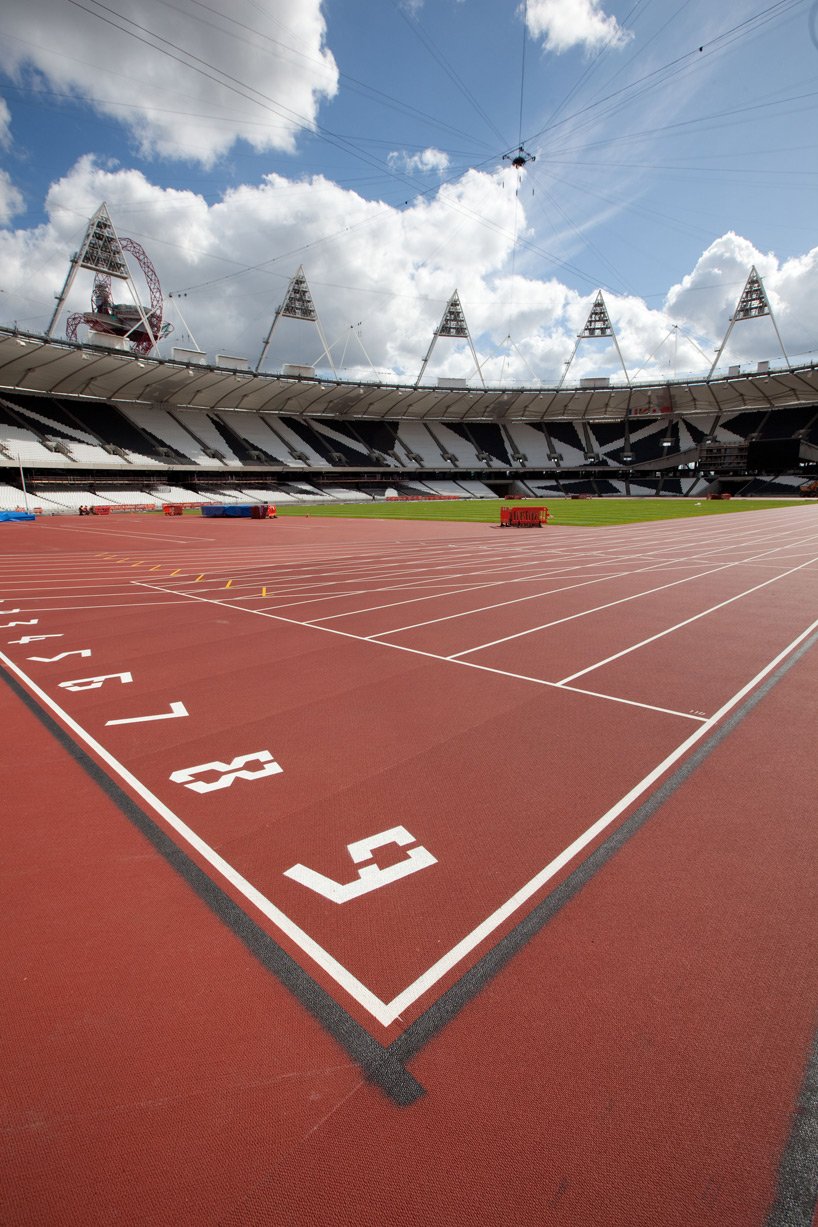 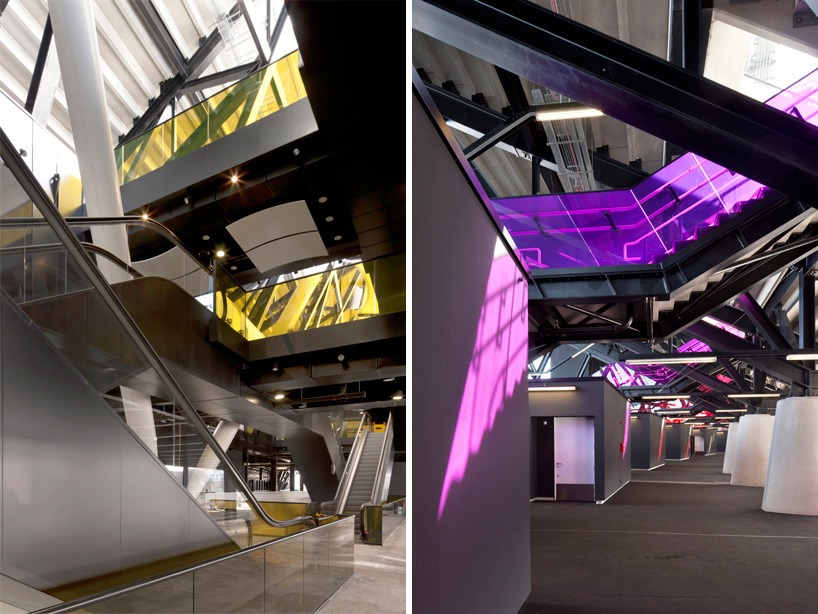 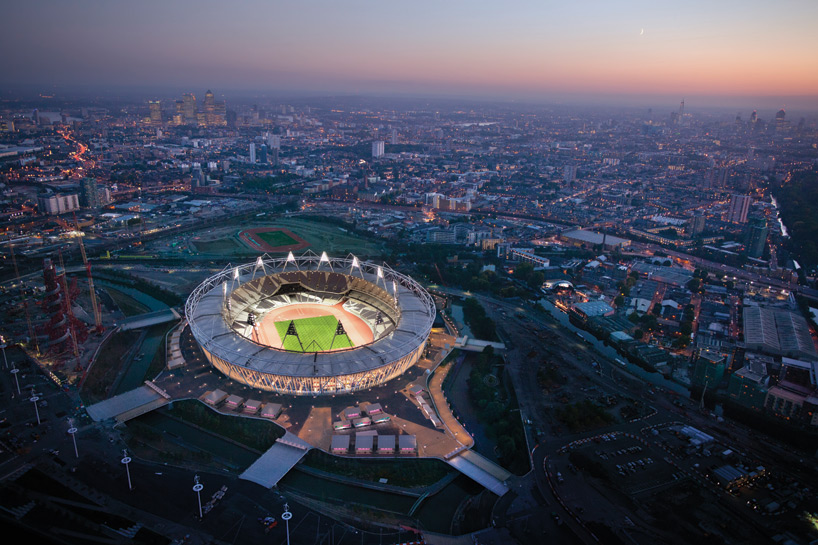 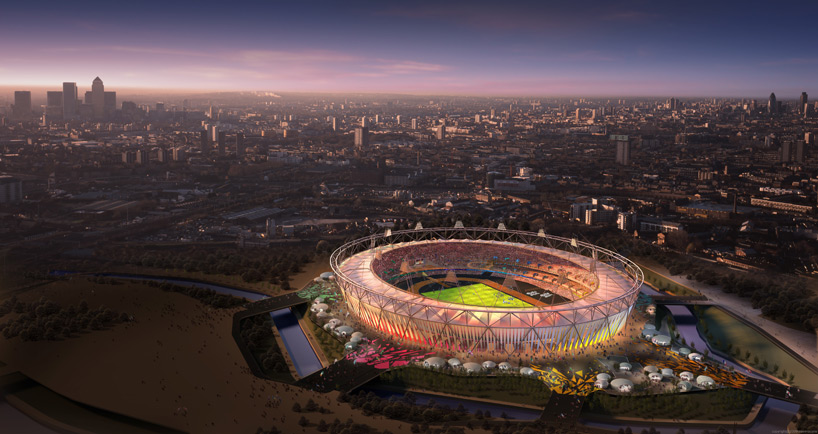 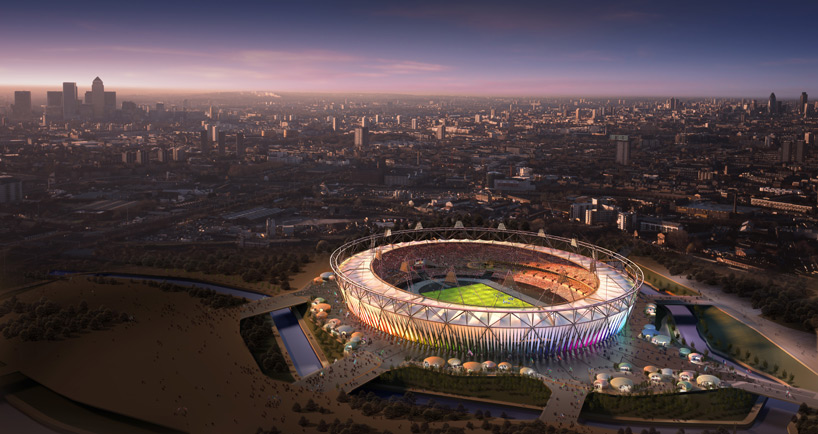 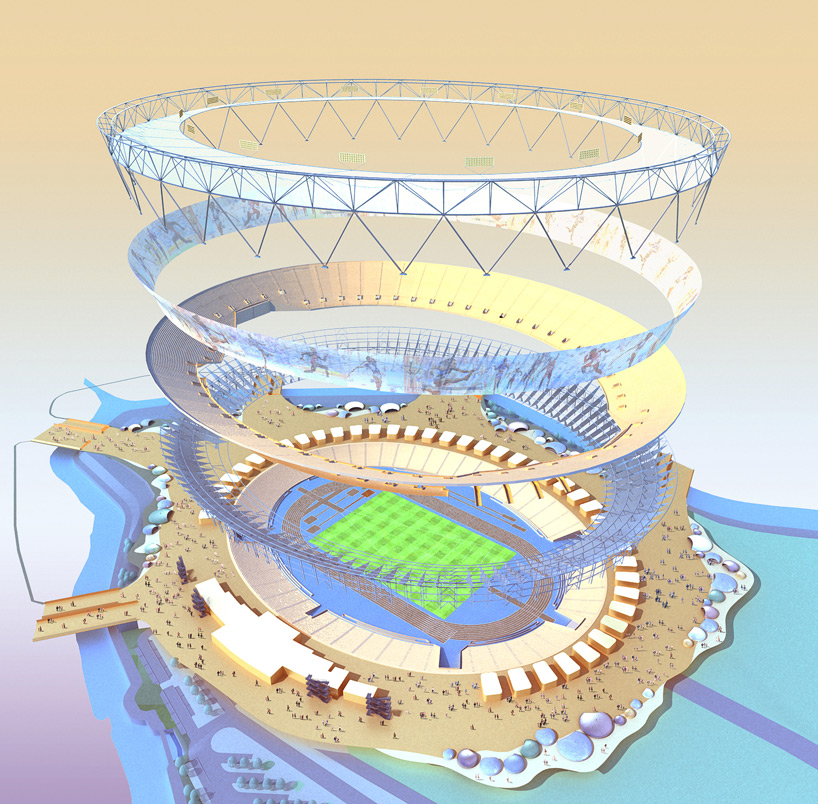 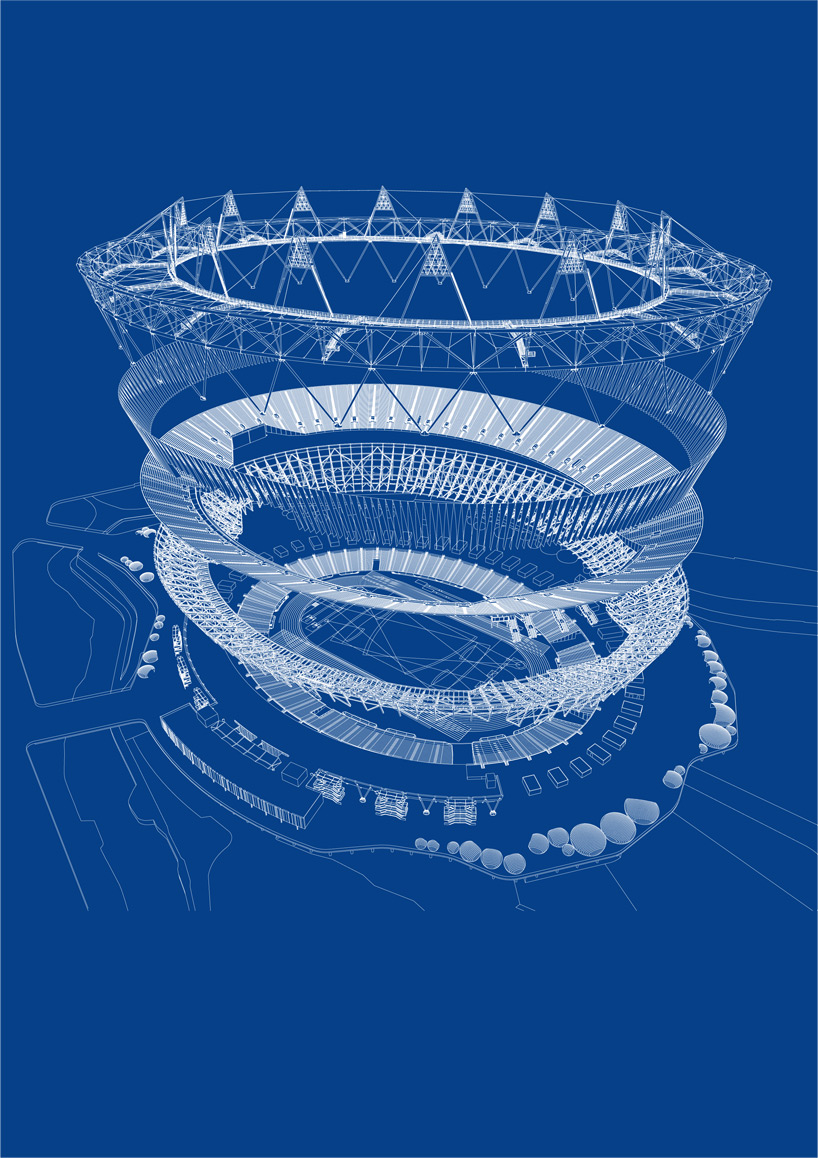 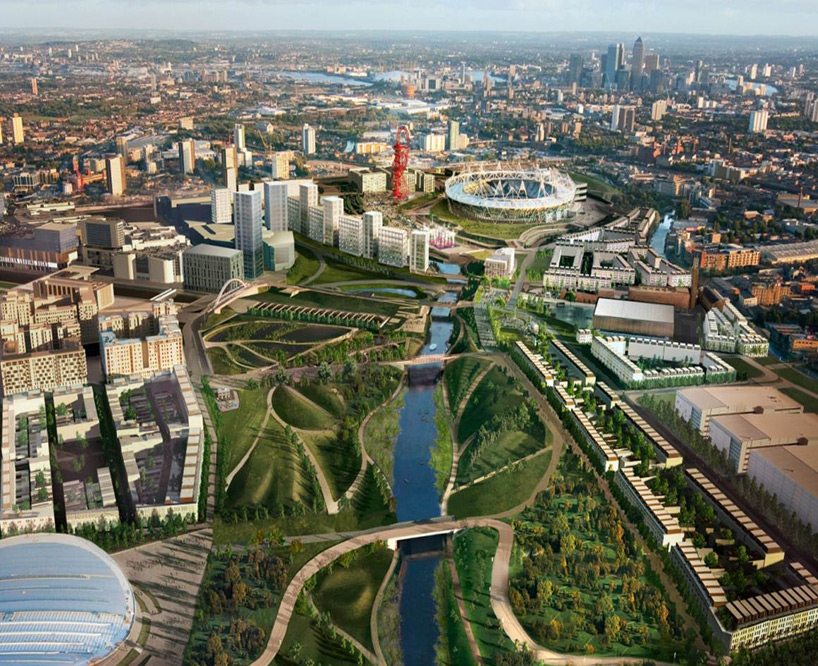 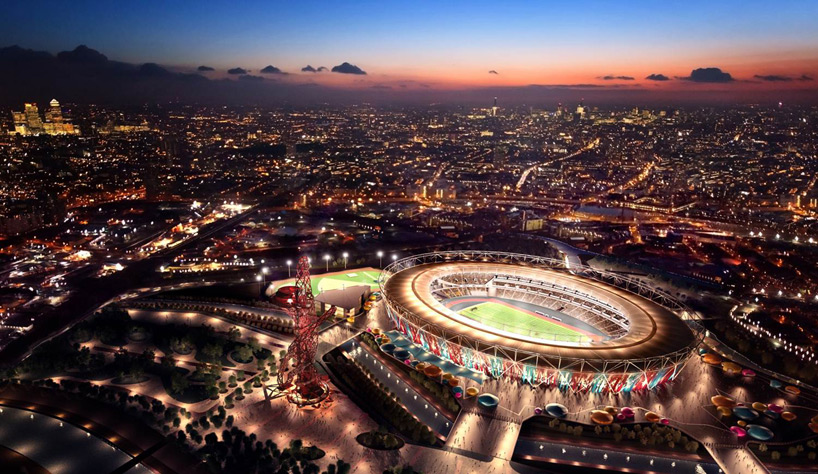 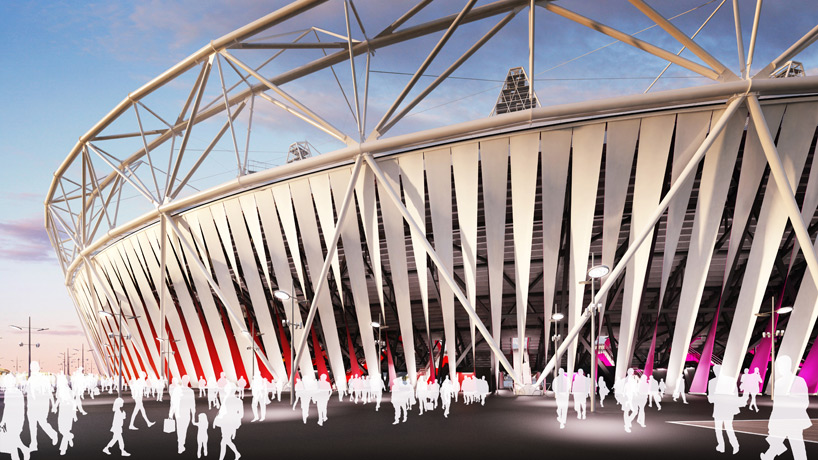 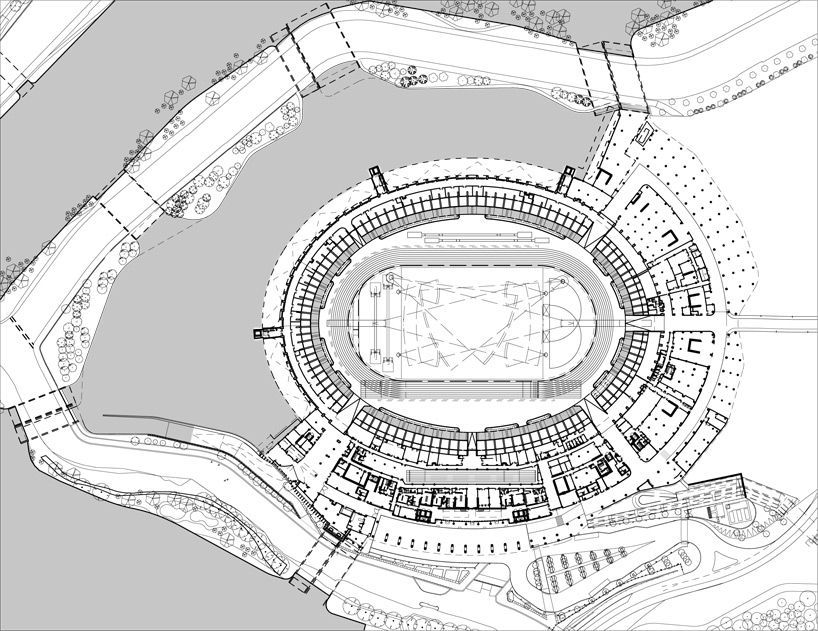 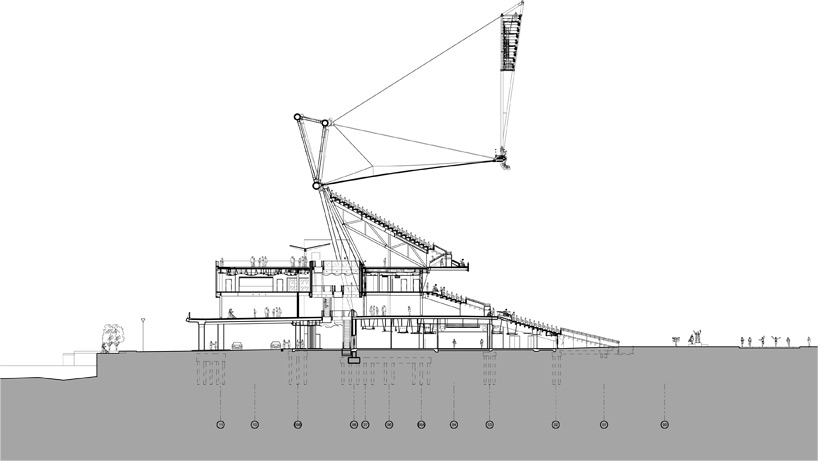