OMA has revealed plans for a new mixed-used building to be built in boston. the project, which marks the firm’s first commission in the US city, will incorporate retail outlets and office space in the boston seaport, an emerging district that will also feature the work of james corner field operations, NADAAA, and sasaki. ‘88 seaport’ will feature 18 floors with nearly 425,000 square feet of office space, approximately 60,000 square feet of retail on the first two floors, and 5,000 square feet for civic and cultural use. 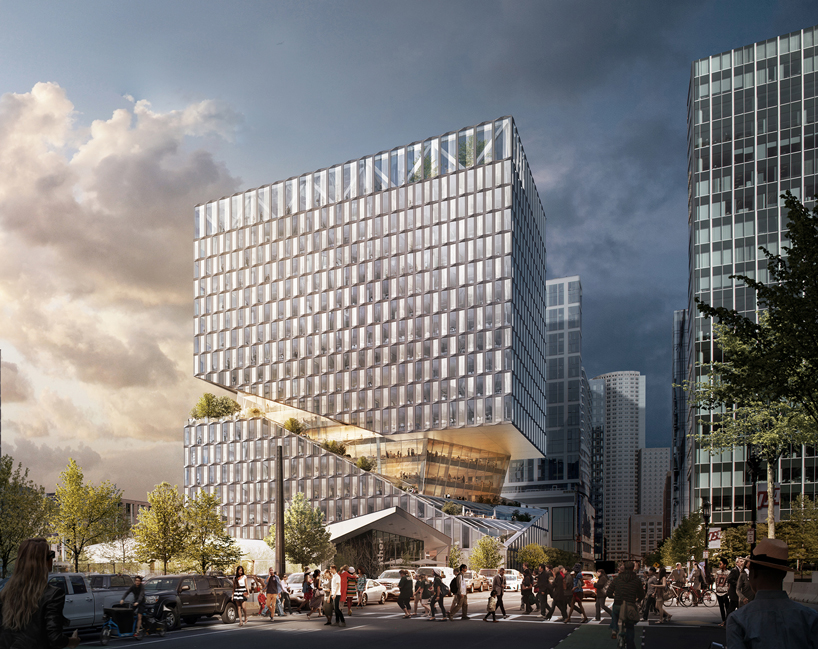 the building, which has been conceived by OMA partner shohei shigematsu, is defined by a series of cascading terraces that step down towards the street. ‘our design for 88 seaport slices the building into two volumes, creating distinct responses for each urban scale of old and new, while also accommodating diverse office typologies for diverse industries with demands for traditional and alternative floorplates,’ explains shigematsu. ‘the slice also generates an opportunity to draw in the district’s public domains, linking the waterfront and fan pier green with a continuous landscape.’

backed by WS development, ‘88 seaport’ is expected to start construction in 2018 with a scheduled completion date set for 2020.