after its debut at the denver art museum in november 2018, ‘dior: from paris to the world’ has now taken up residence at the dallas museum of art. the exhibition has once again been designed by OMA, who has conceived a new narrative for the popular show. as part of the dallas exhibition, 30 new looks will be presented alongside updated works from italian fashion designer maria grazia chiuri, which will be seen for the first time. 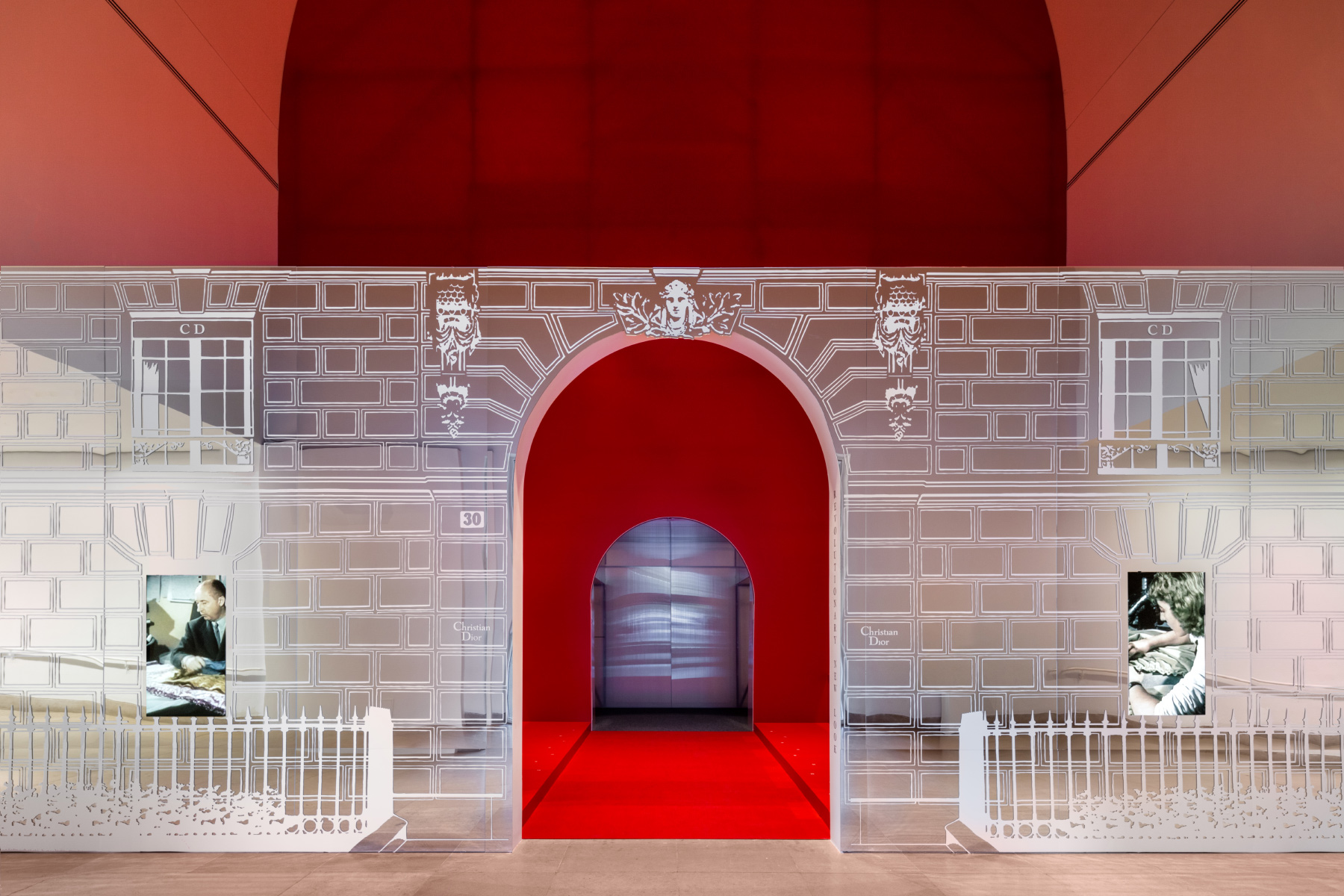 all images by james florio

dior: from paris to the world traces the fashion house’s history as well as its influences and inspirations through a selection of almost 200 haute couture dresses, as well as accessories, photographs, original sketches, runway videos, and other archival material. the exhibition takes place in the dallas museum of art’s barrel vault and the galleries surrounding it, originally designed by architect edward larrabee barnes. 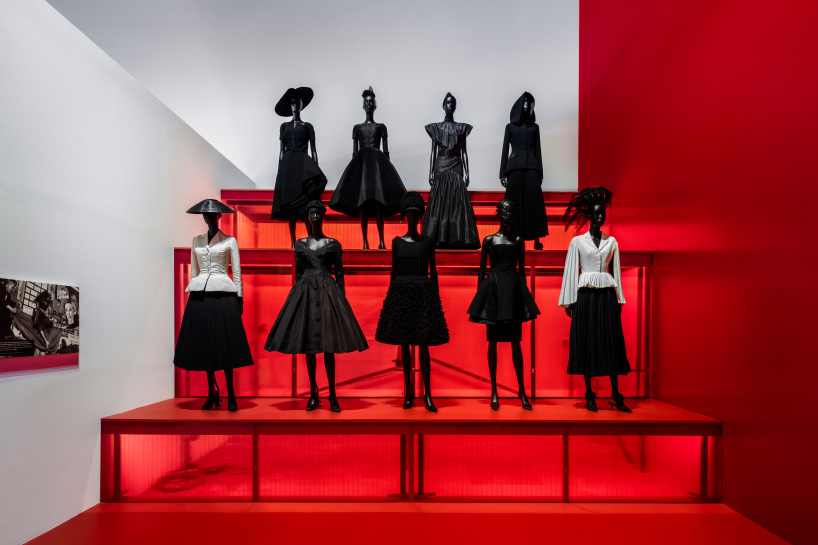 OMA has transformed the space into an infinite ‘catwalk’, enhancing its geometries and establishing the space as an extension of flora street — the cultural axis of dallas arts district. the stage draws upon christian dior’s fall 1999 couture show at versailles l’orangerie, where the runway took place under a lofty vaulted ceiling. however in dallas, it is the visitors who take to the catwalk, while the mannequins act as spectators. 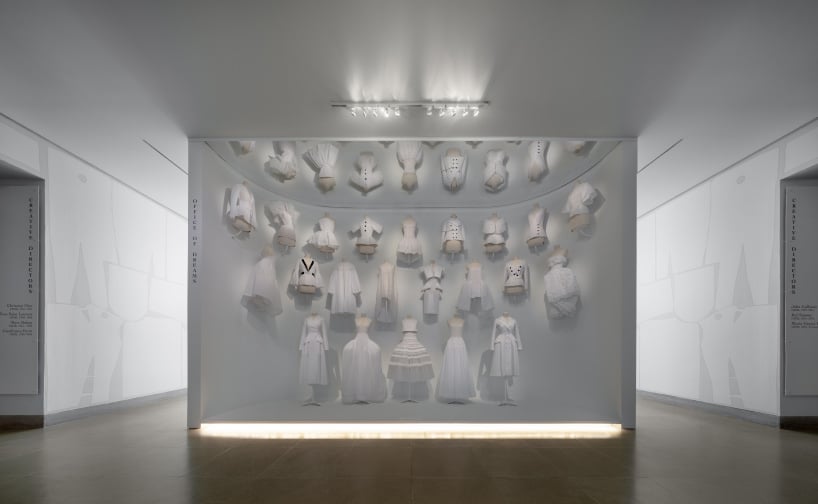 ‘the barrel vault’s dramatic dimensions inspired us to conceive a design that activates its public potential and emphasizes its spatial character,’ explains OMA partner shohei shigematsu. ‘our design for the central space simultaneously acts as a new street within the arts district and experiments with the ways in which fashion is perceived. flipping the narrative of the relationship between viewer and viewed poses an interesting discussion among architecture, fashion and the spectator.’ 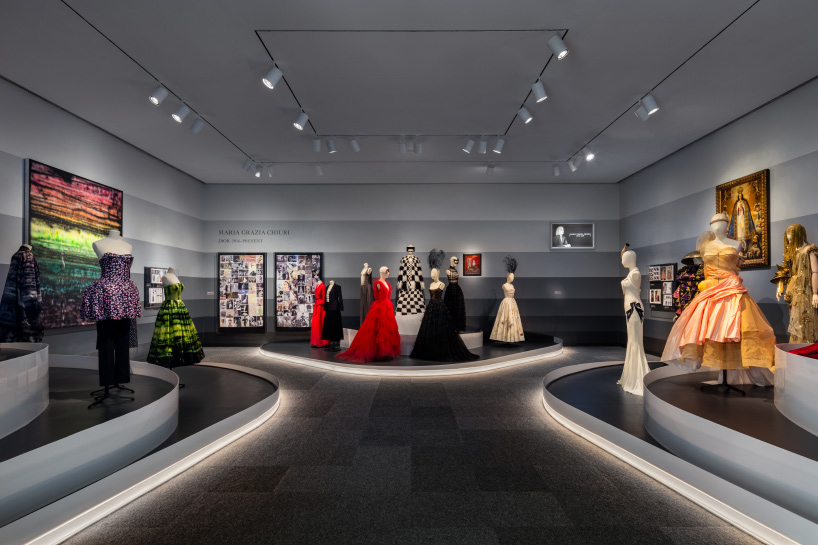 a clear sequential journey is defined by a prescribed route. after entering through the façade of the dior paris atelier, visitors are taken through a polycarbonate tunnel that leads to the first set of rooms before the barrel vaulted runway is revealed. this sequence is followed by three additional galleries that explore themes that served as an inspiration to the house of dior, alongside photographs and accessories. the exhibition will be on view at the dallas museum of art from may 19 to september 1, 2019. 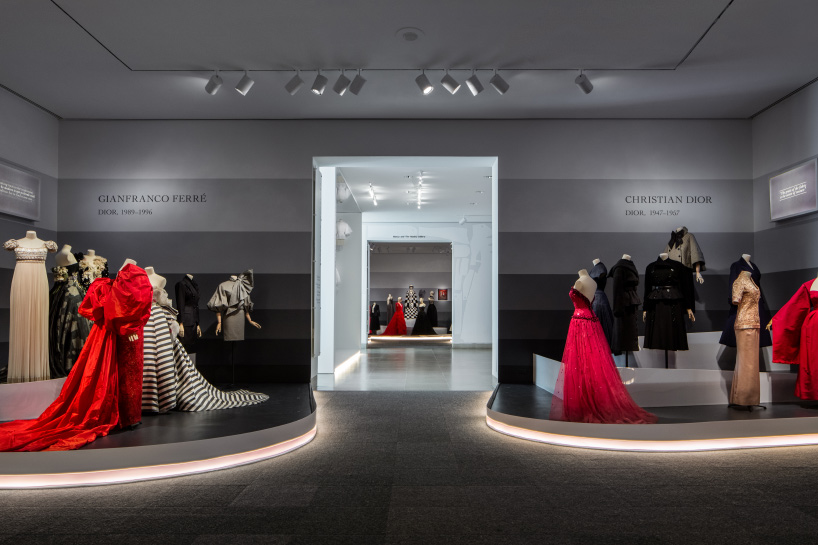 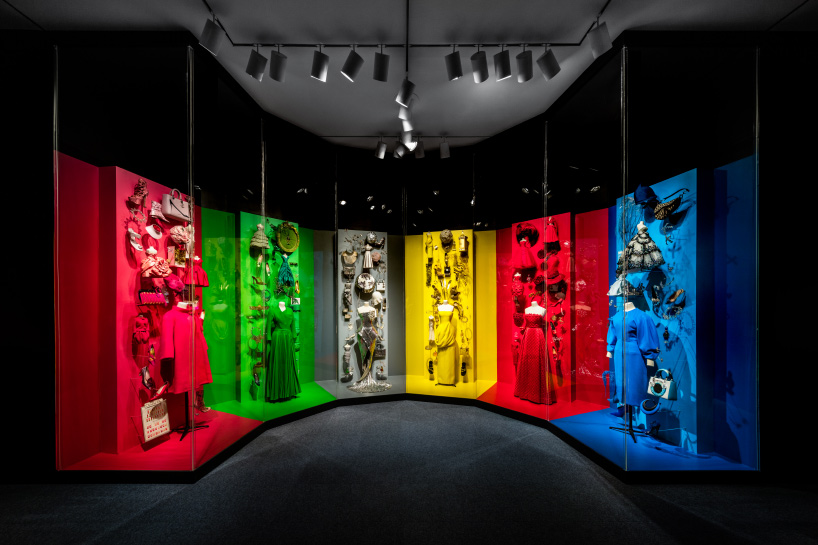 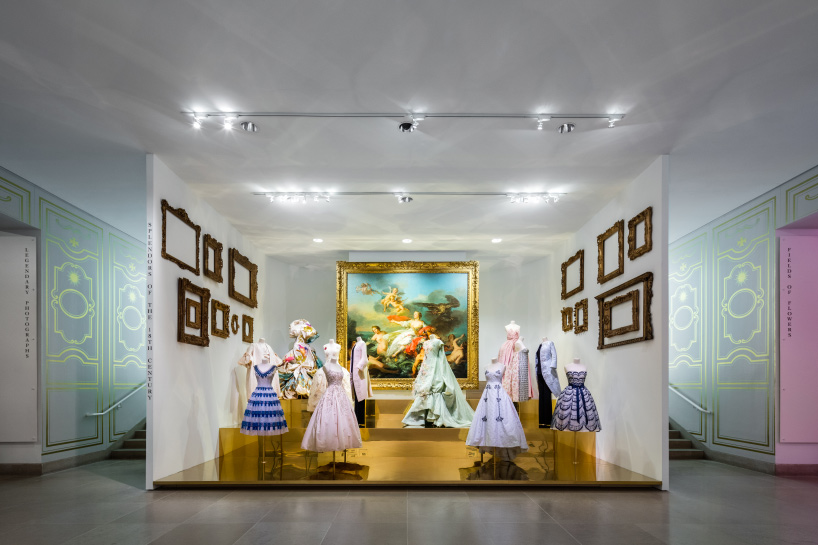 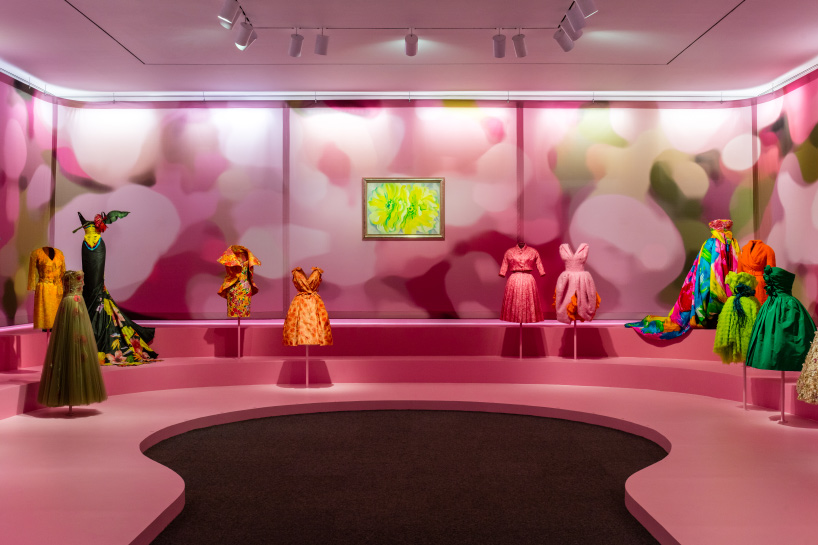 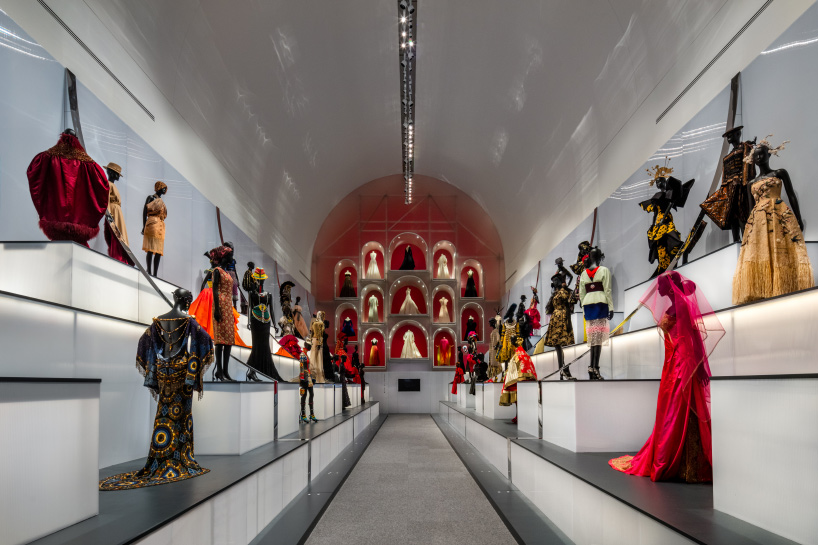 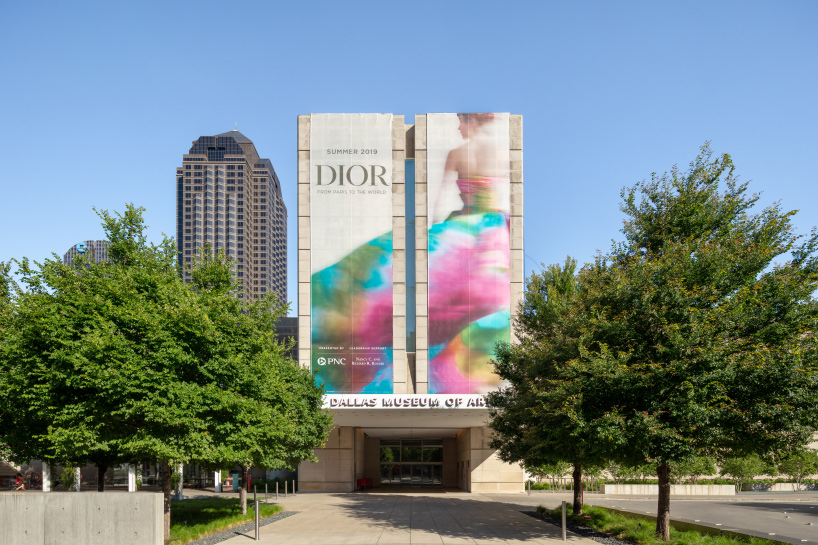 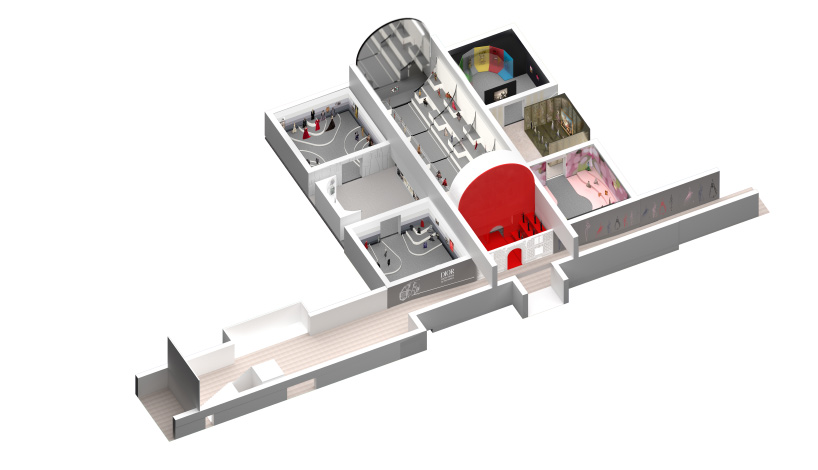 axonometric diagram illustrating the layout of the exhibition | image © OMA 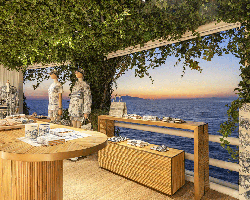 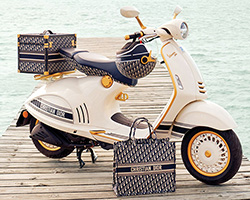 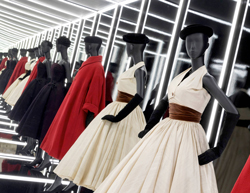