designboom was in amsterdam to attend the official viewing of the G-Star RAW headquarters on march 21st, 2014. realized by OMA within a short timeline of 18 months, the multi-program establishment brings the company’s previously separate facilities into a single volume that draws its references from an airport hangar; transformed into a three-storey creative hub through the installation of a façade composed of glass and steel doors. these large moving transparent wall elements determine the ‘RAW space’, a flexible zone dedicated to serving a variety of events – from fashion shows to company parties to workshops – so that the interior spills outwards onto the surrounding deck.

OMA’s founding partner rem koolhaas stated that the similarities found between the practices of architecture and fashion, that archives and production are key components to both disciplines, served as key points for the development of the overall concept; noting the likenesses between the architecture firm’s workplace and G-Star RAW’s offices. in designing the volume of rectangular forms, OMA has translated the diverse programs of the dutch lifestyle brand into a structure that while remaining open in its feel, still manages to keep the specific departments housed within – office areas, production, archives, creative and photo studios – defined through a series of boxes, cantilevers and recesses. thus, the interior exemplifies shifts in space, whereby platforms extend out, and retreat back, to form a stacked arrangement of staggered levels with sight lines through to other departments, emphasizing and encouraging the on going in-house creation and product engineering that G-Star prioritizes in its process. 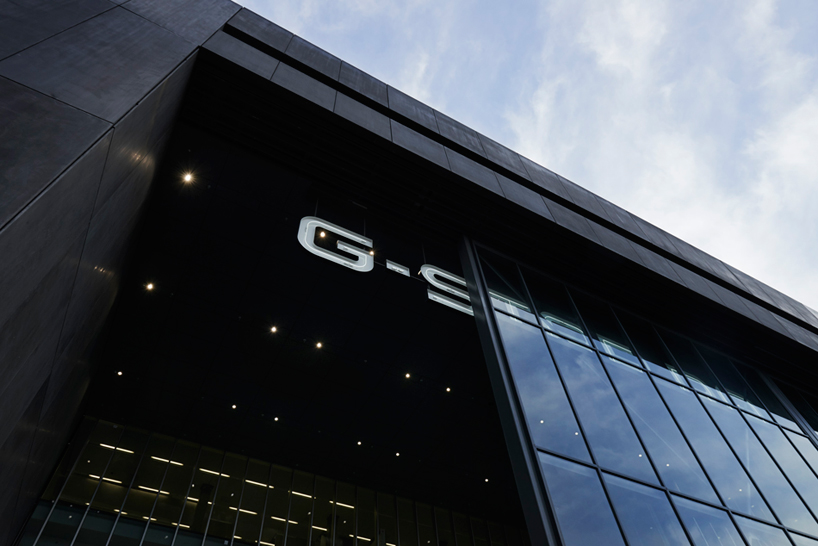 the north-facing positioning of the G-Star RAW’s base has been carefully calculated to cater to the work executed within. as the denim label deals with a lot of dark materials, the light that comes from this direction is best for viewing the deep-dyed textiles employed in their clothing. on this façade one will also notice a large cantilevered box, jutting out from the west side. this volume serves as a place of displaying the brand’s latest campaign and products, while internally, showrooms are housed on each level. in addition, the whole 140-meter long frame of the office has been realized as a billboard, which when viewed from the A10 ring road (amsterdam’s biggest) that it sits along, is seen in its entirety from a sedentary position (those driving along the highway). 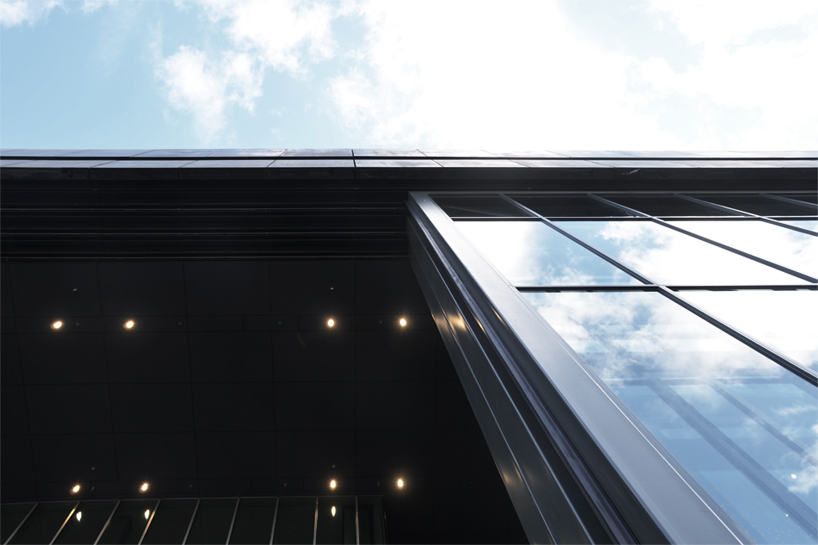 detail of the tracks
image © designboom

the ‘G-Star RAW headquarters’ has been envisioned as a timeless piece of architecture, much like how the brand approaches their garments. OMA has realized its geometric anatomy keeping in mind the uncertainty of what G-Star  would look like in 10 years time. the prefab and industrial materials used in its construction which include black concrete, recycled aluminium and pre-fab cement floor panels, speak to both the practicality and lasting quality of the garments conceived within, while continuing to be relevant with the changing times. 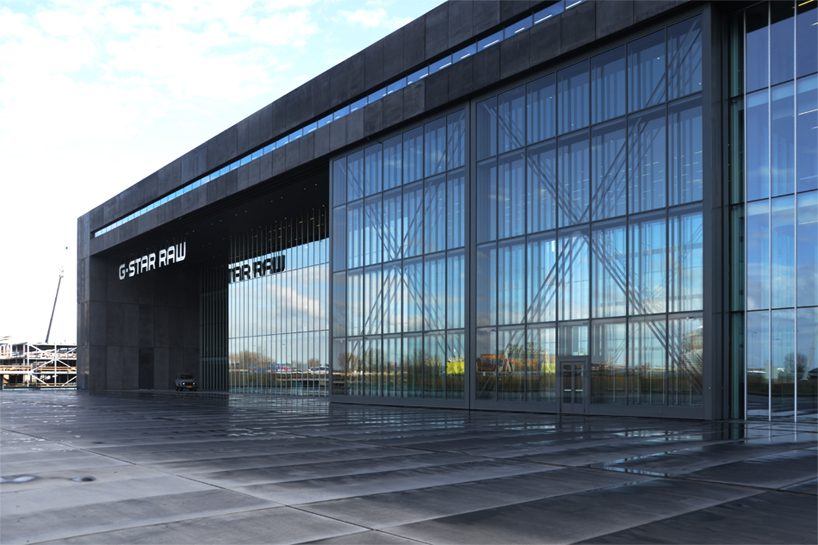 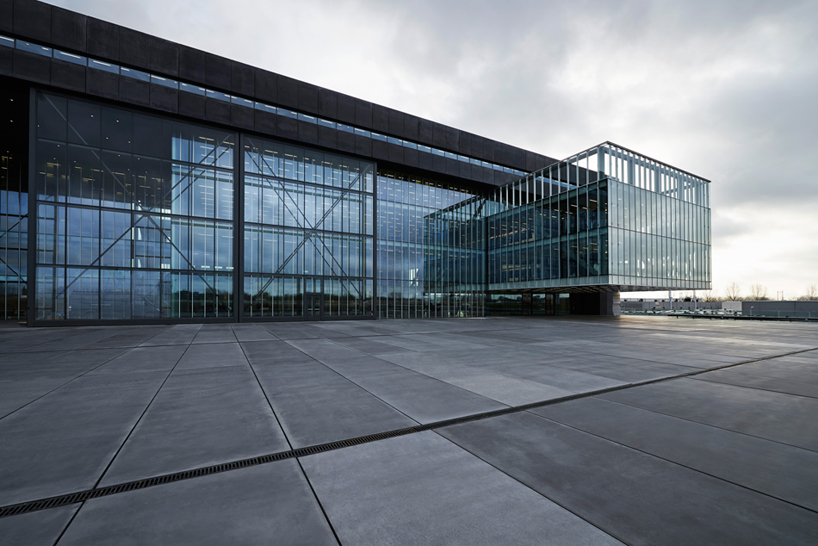 view of the north-facing façade 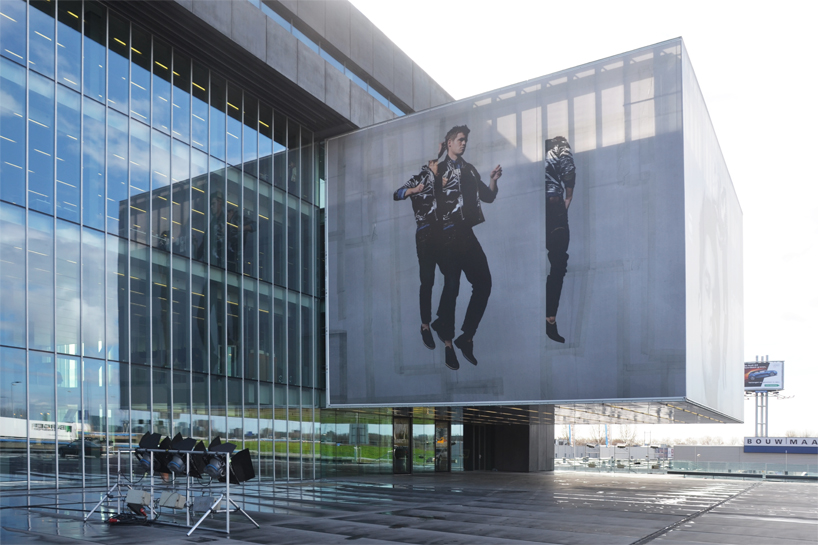 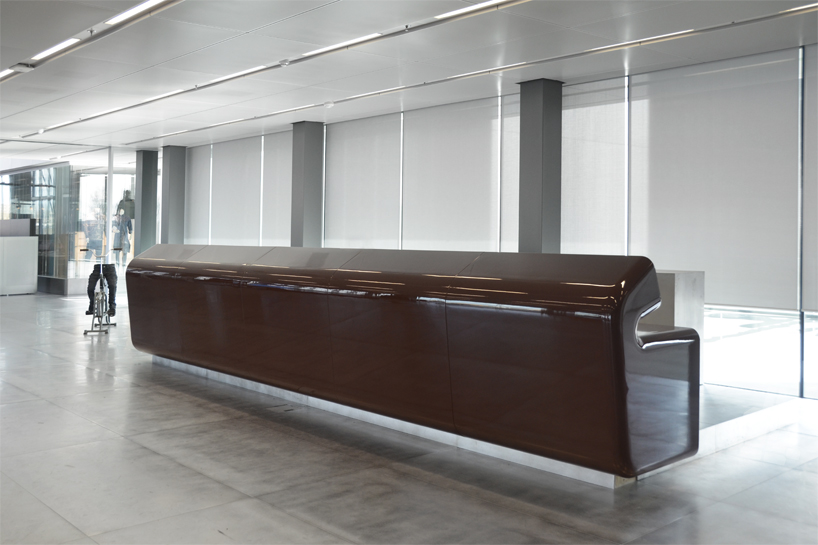 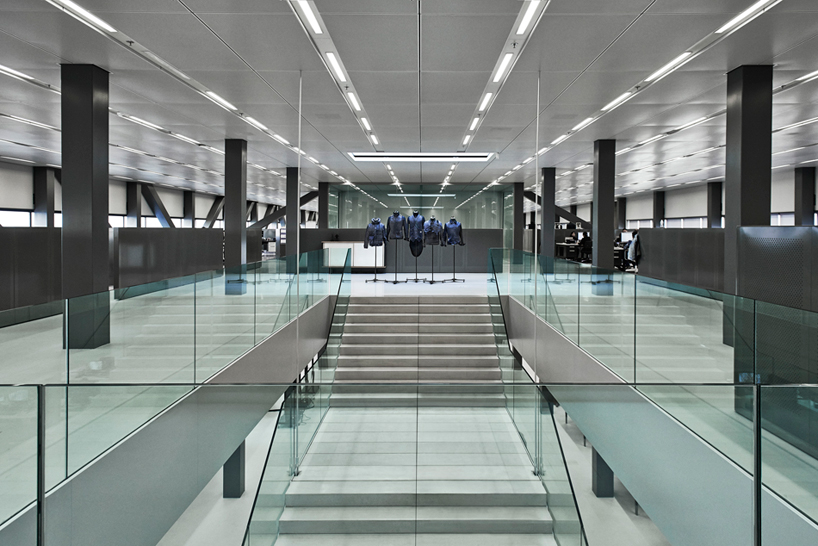 the interior remains open in its design with no definitive walls 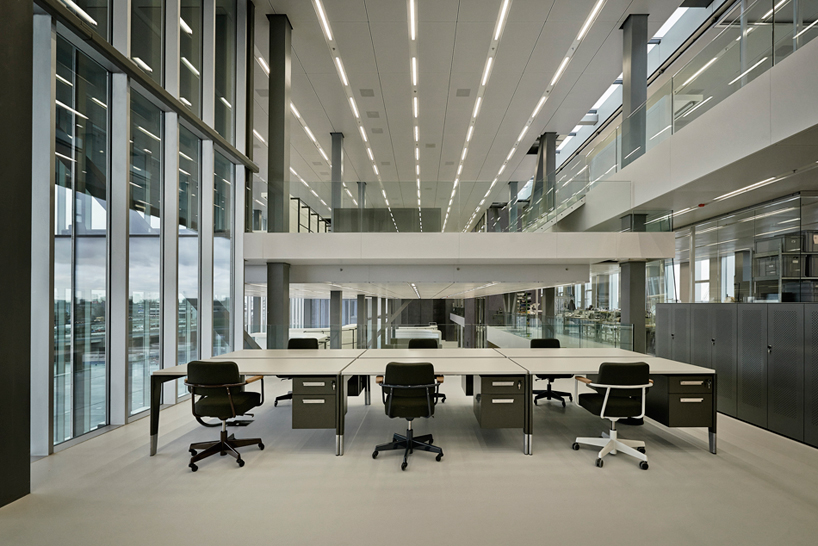 the lighting has been fashioned to look like stitches 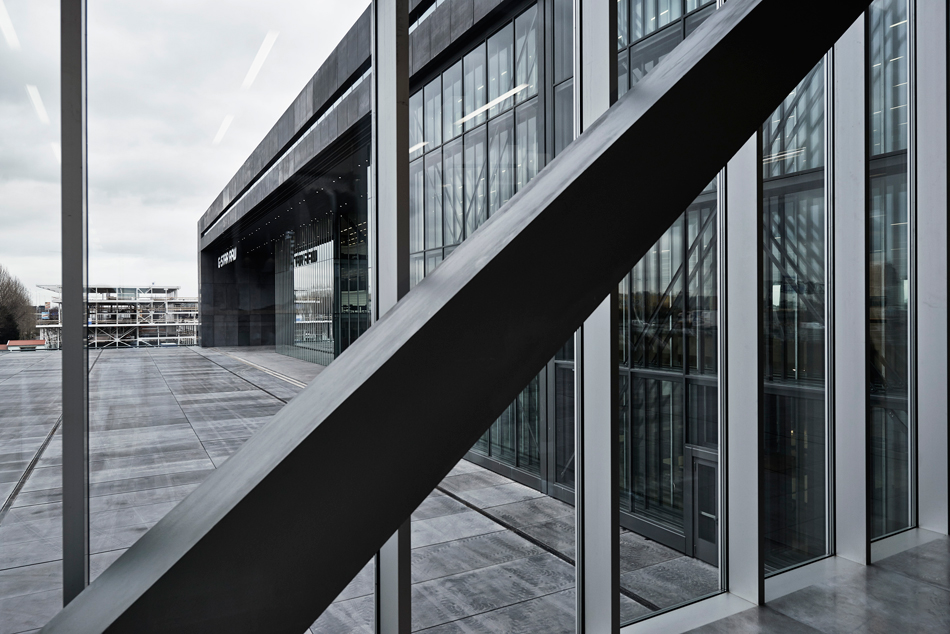 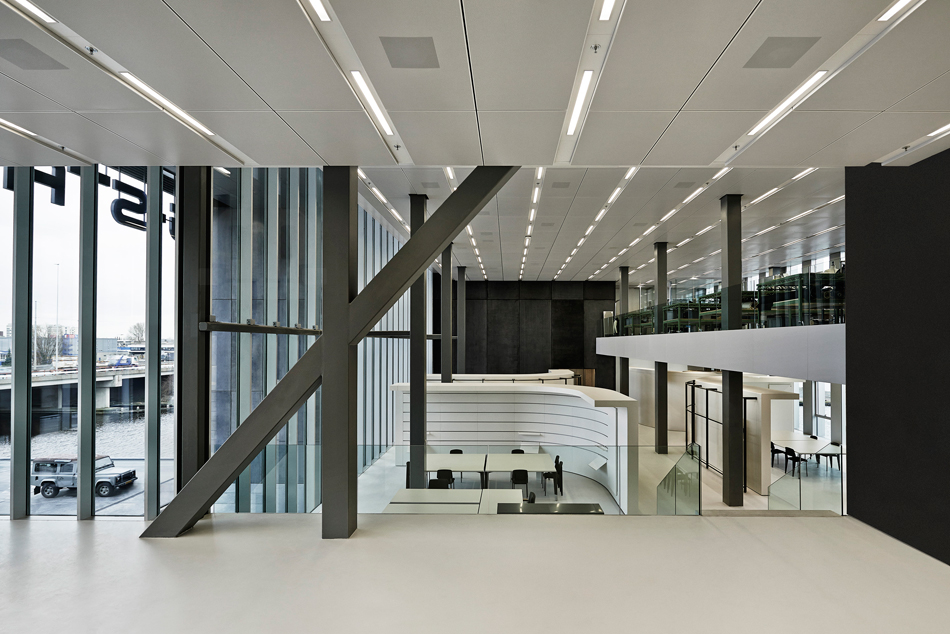 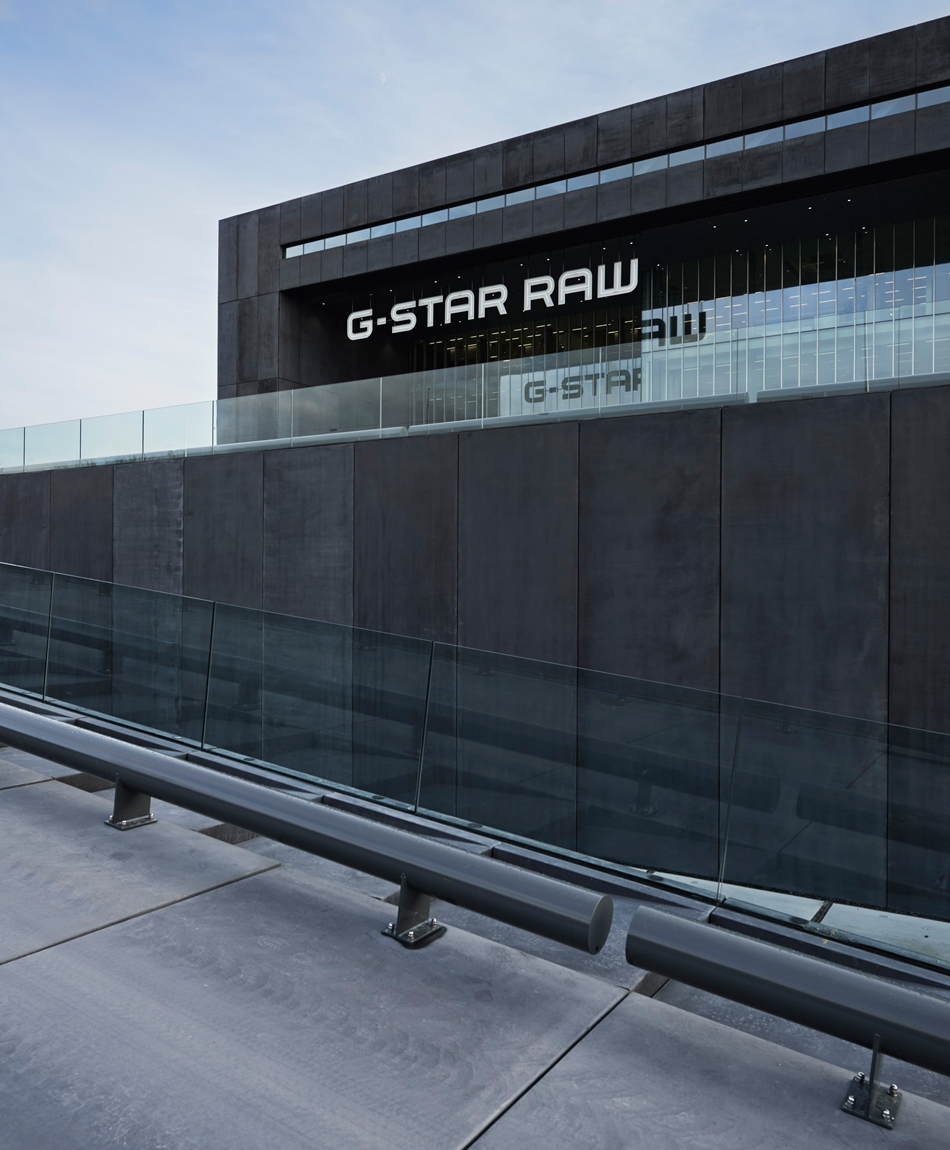 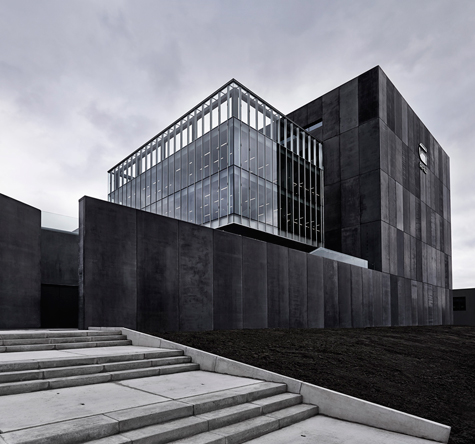 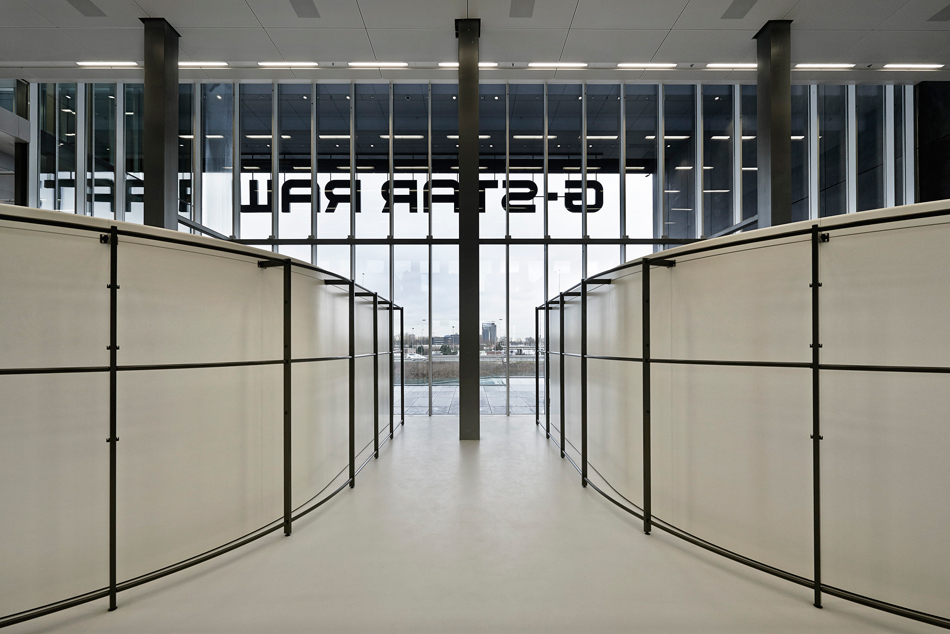 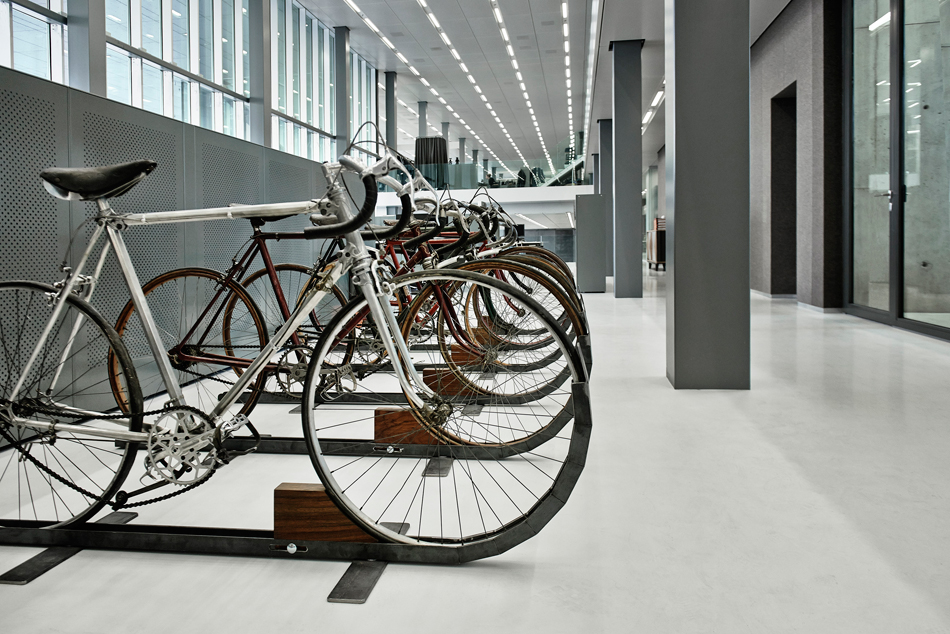 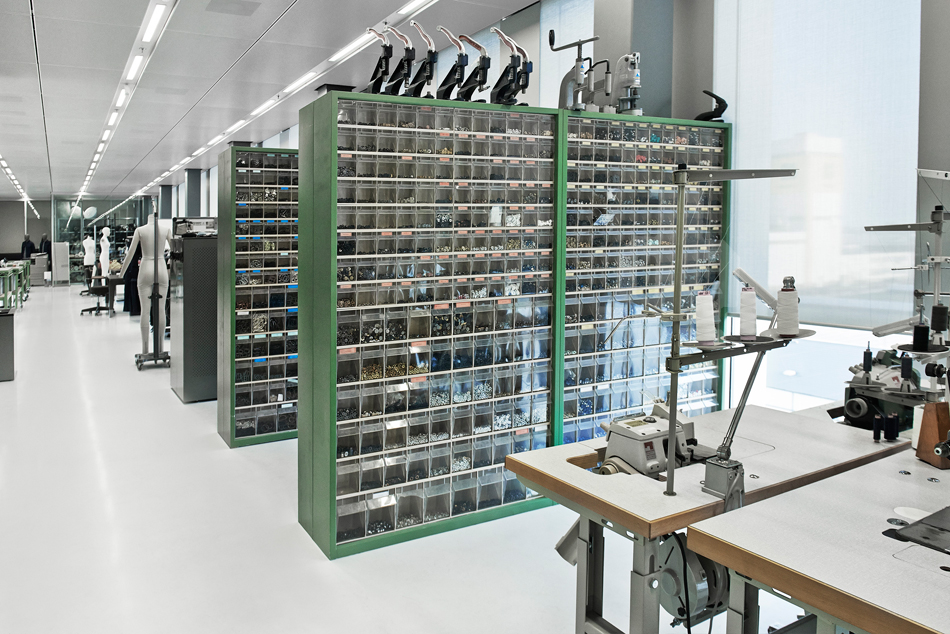 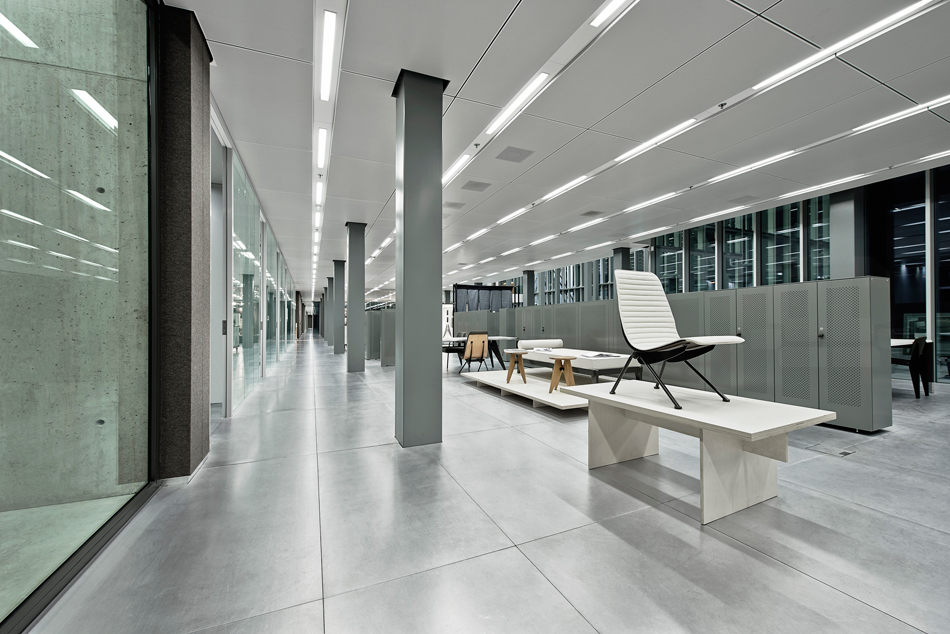 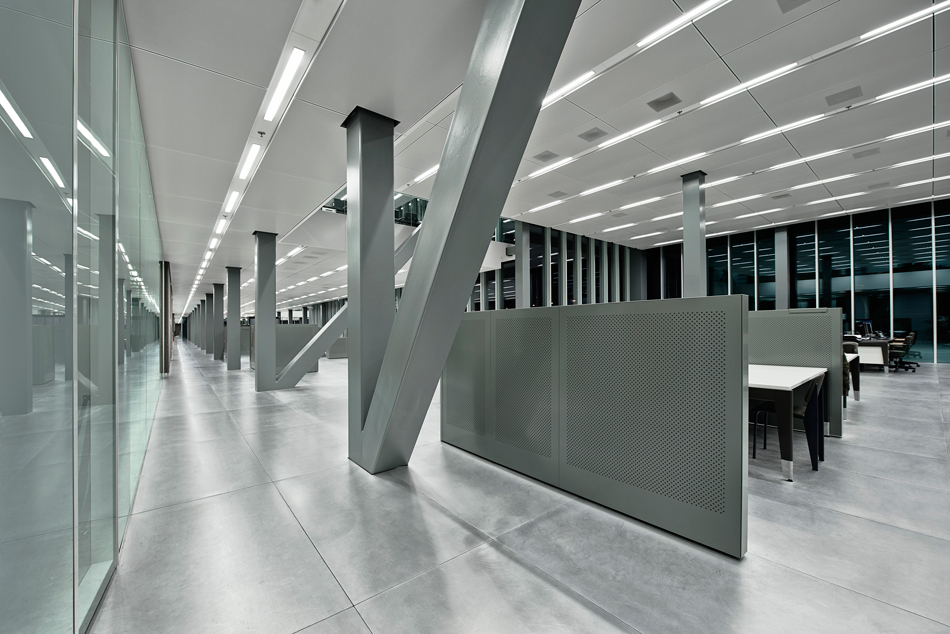 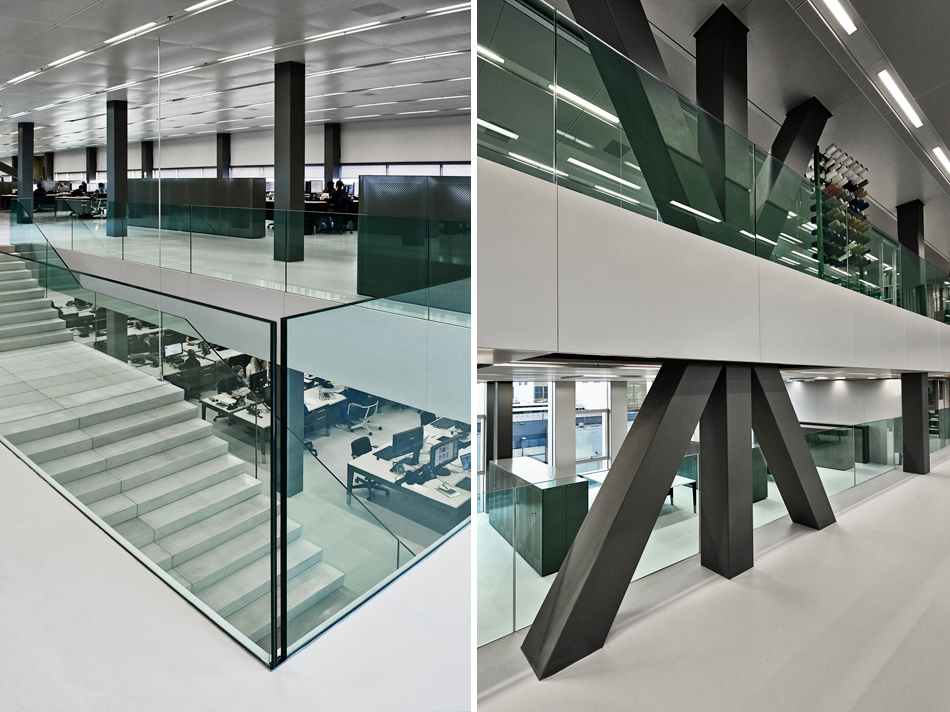 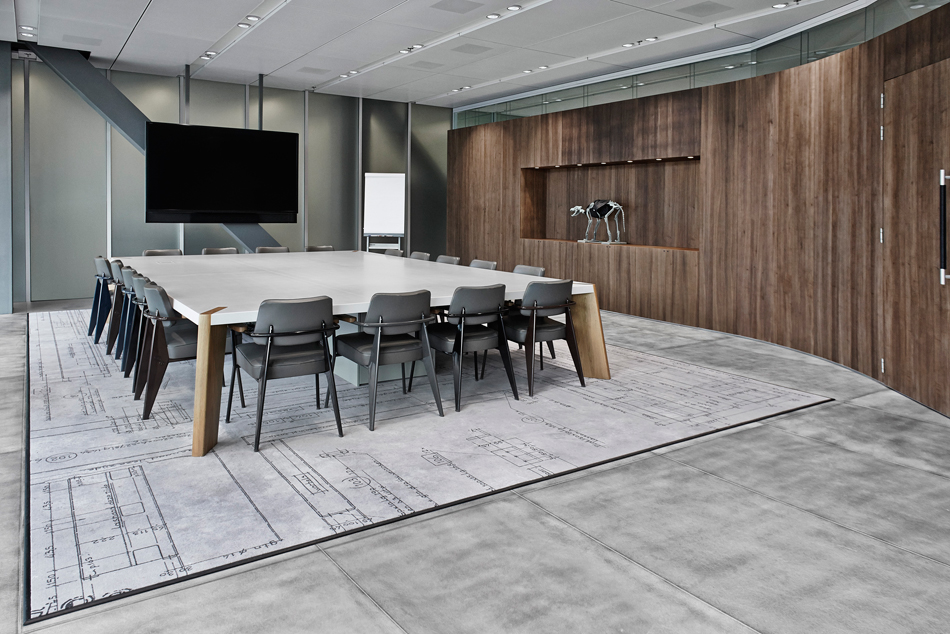