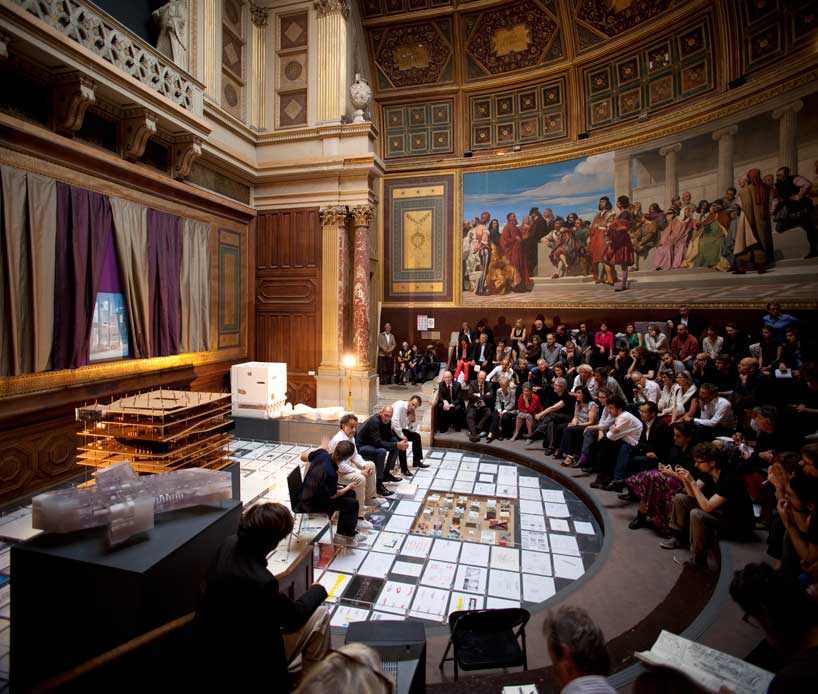 explored in a range of archival and new materials, the exhibition features the très grande bibliothèque (1989), jussieu (1992) – neither of which were ever realized – and the bibliothèque multimédia à vocation régionale in caen, which is set to break ground in 2012. these concepts – built or not – defined a new library typology that was ultimately adapted and reinterpreted around the world. 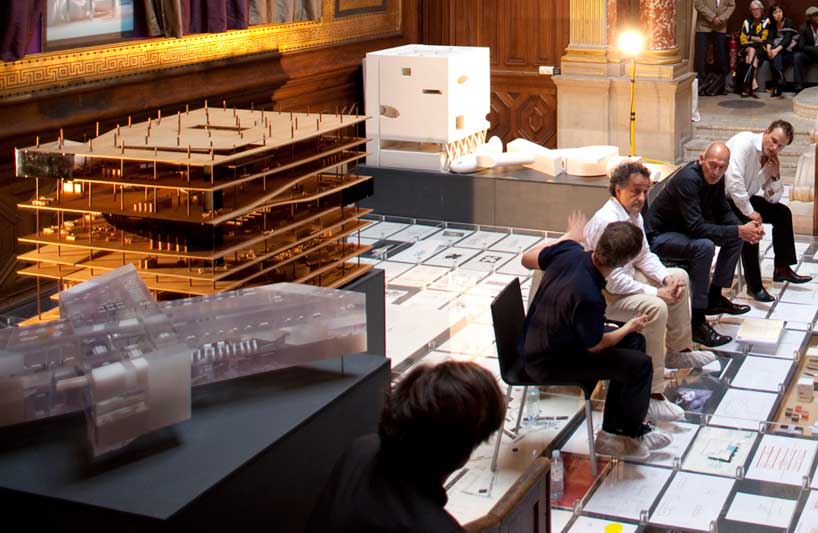 rem koolhaus along with curators and member of the OMA team

running through to july 22, 2011, the exhibition reflects on the importance of theoretical work in the history of OMA, who has only seen realization of four out of 45 proposed buildings in france. relating the significant framework determined by the studio, the exhibition explores the phases of architecture, the nature of the work, and the impact within the architectural domain.

(im)pure, (in)formal, (un)built is the latest of a string of exhibitions curated by OMA, includingOMA with/for prada at the venice art biennale, and cronocaos at the new museum, new york.