dutch firm OMA has been commissioned by american retailer coach to develop a new merchandizing system in which to showcase the brand’s diverse product range, while still maintaining the integrity and clarity of its original coach heritage stores.

having opened its first workshop in 1941, coach has transitioned from being a specialist leather atelier, into a global distributor of luxury goods over which time, the company has diversified its product range and styles including the transformation of its retail environments – factory stores to outlets, shop-in-shops, boutiques and flagships. during this expansion, the vision of coach’s original stores – set-up like libraries featuring a rigorous organizational system, categorically sorting products inside minimal wooden shelving at assisted counters – was clouded.

for the collaboration, led by OMA partner shohei shigematsu, the team wanted to construct a system that expressed the story behind each of coach’s repertoire products, while still projecting the legibility of its original shops.

‘we created a system of modular display units that can be assembled to respond to the specific needs of each locale. in typical instances they are used for display; in others, they come together as an interior fixture. these units can also enclose spaces for program or curation, and by creating enclosures, they can also act as façades. OMA’s intention is to use combinations of this logical system to create magical spatial possibilities for coach, in line with coach’s motto of ‘logic and magic’,’ said shigematsu.

the re-imagined retail displays will be inaugurated in september 2012 at coach’s 1,930 square foot flagship shop-in-shop in new york’s newly renovated macy’s herald square. OMA’s second implementation of its concepts in the brand’s upcoming new multi-level flagship store in omotesando, tokyo is expected to be completed in 2013. 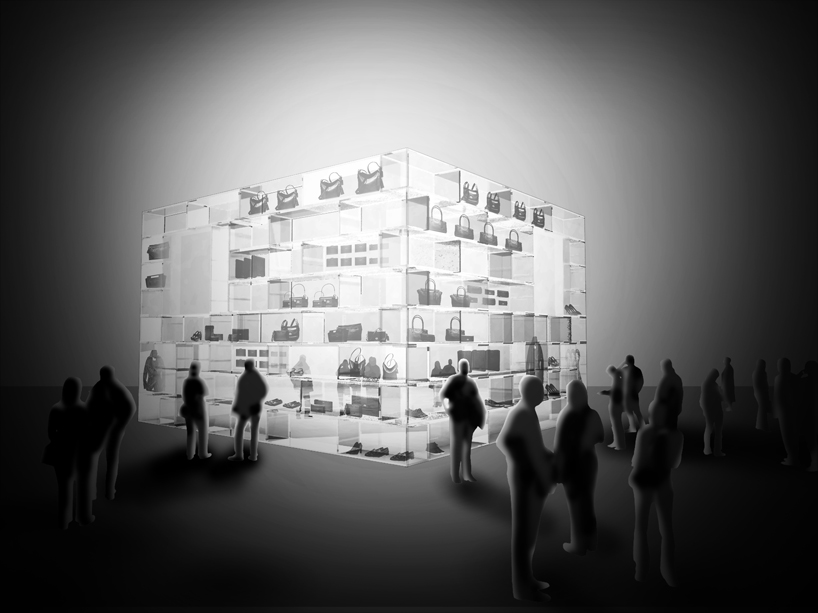 Jul 13, 2021
designboom visits AMDL circle in milan
'I always think of myself as an architect, a designer and an artist; I also write, I take photographs, I teach. in my opinion, all these activities have just one true aim: to create a better environment and to enhance life,' michele de lucchi tells designboom.
architecture
526 shares
connections: +130