for milan’s first major fashion event of the year — mens’ fashion week — prada has continued its creative collaboration with AMO/OMA to conceive the 2017 F/W runway set. a sharp contrast is brought out by the sequence of scenes embodying a sense of sculptural domesticity. a maze-like track created by a series of wooden partitioning weaves around the concrete columns guiding the male models through consecutive scenarios and forming a continuous interior. 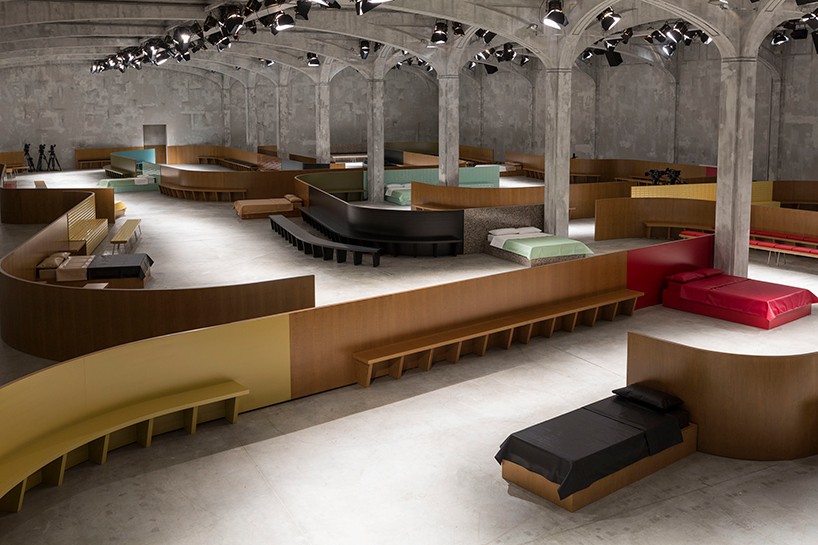 for this presentation, AMO and prada go back to basics, abandoning the trend of hyper-realistic and fully immersive sets in favor of a more modest and domestic design. the audience is triggered more by the relationship with the physical space than by visual impact through the boiserie that traces sinuously along the perimeter of the rooms giving an intimate scale to the set. meanwhile, material expression links the project back to its location — milan. terrazzo, tiles and formica are combined with beds and benches, to establish a sense of rhythm and provide a backdrop to accompany the 1970s-themed collection. 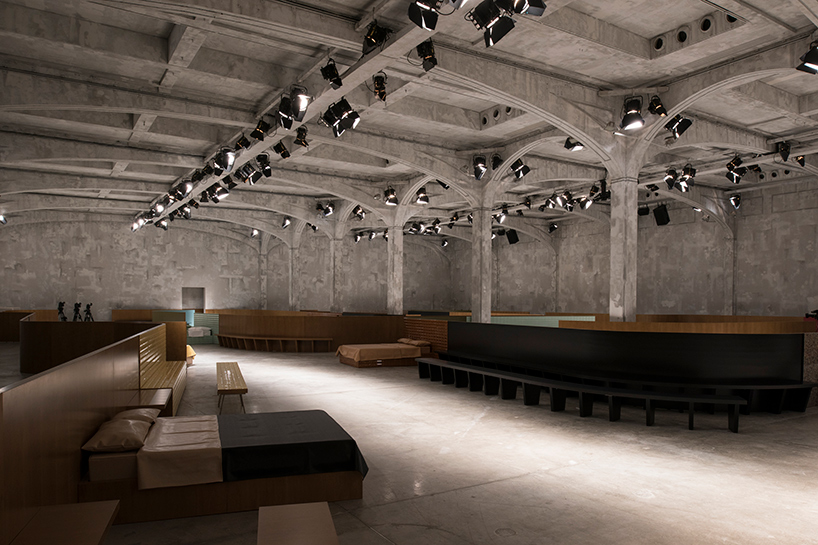 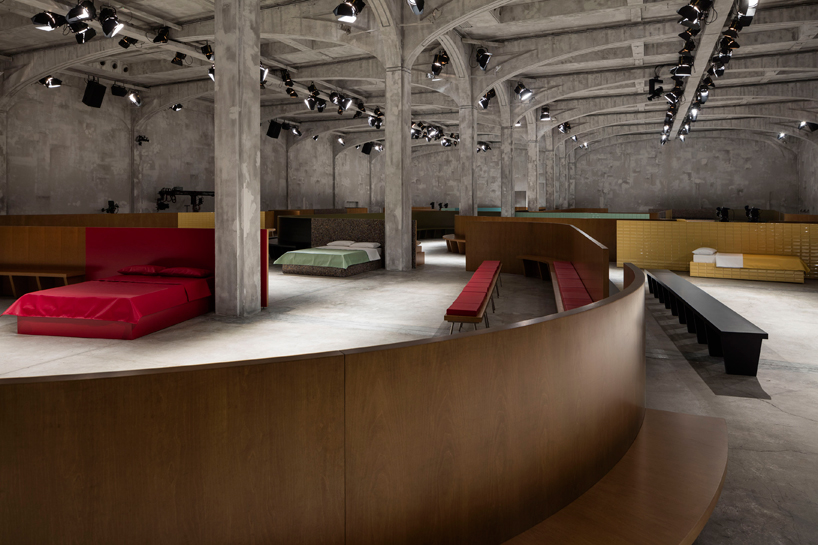 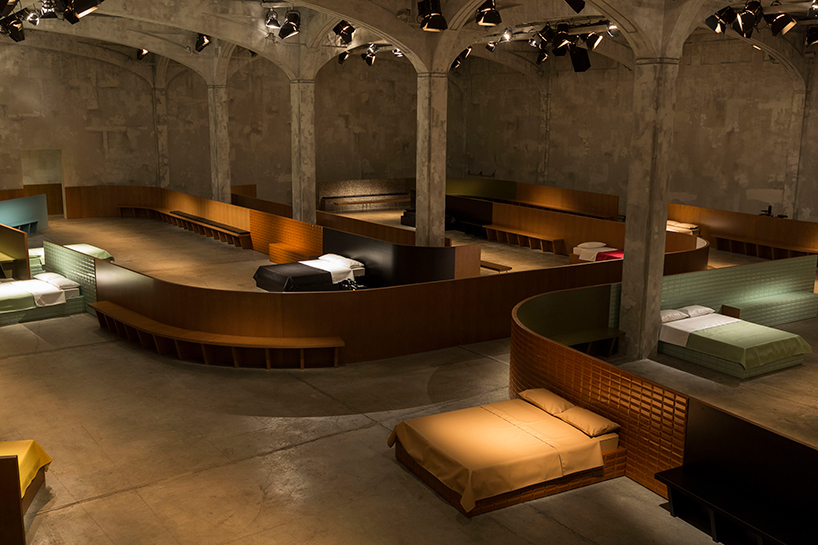 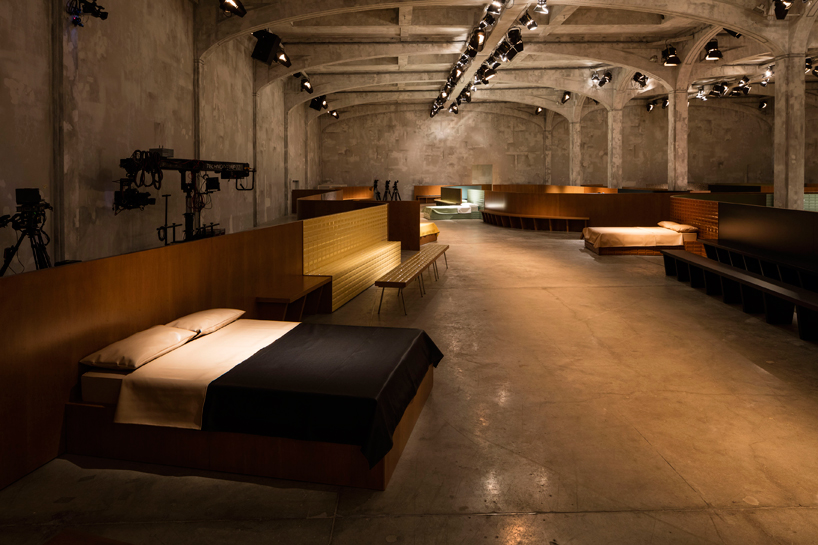 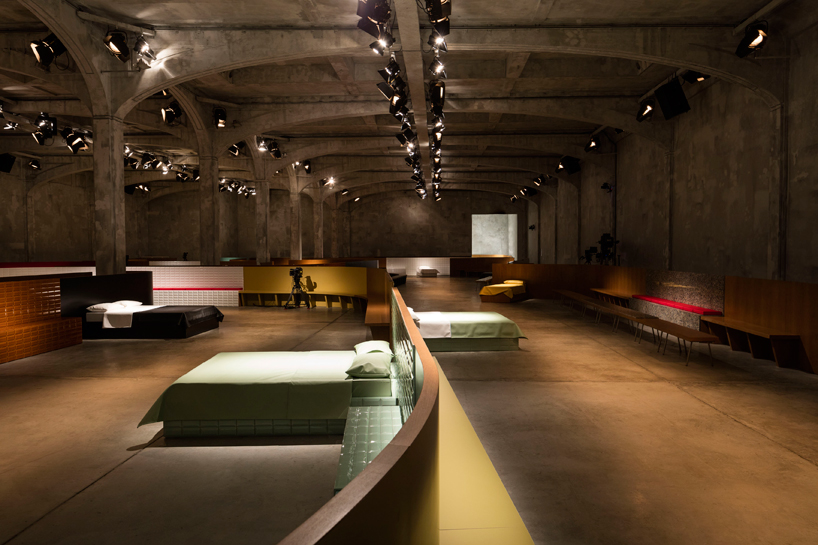