OMA‘s proposal is taking the lead in the competition for the ‘pont jean-jacques bosc’ bridge that stretches across the garonne river in bordeaux. the structure re-imagines the overpass as the extension of a promenade that hosts the entire plethora of transport in carefully organized lanes. instead of serving merely as a connecting vessel between two sides of land, the design is an extruded stationary space that can accommodate various events while performing its basic fundamental duties. at the same time, the project literally connects two very differing urbanistic banks, from the right bank which consists of a rural agricultural landscape (a strictly aligned poplar meadow) to the left which transforms into a more densely populated urban condition. measuring 44 metres wide and 545 metres long, the structure is gently sloped for easy walking, while still offering enough clearance for boats to pass below. what is unique about OMA’s plan is that it sees the division of traffic according to vehicle type: car, RBD (tram/bus), and bicycle as a response to our changing vehicular needs. the largest portion would be devoted to pedestrians. the winning proposal will be announced in december of this year and the bridge is expected to open later in 2018. 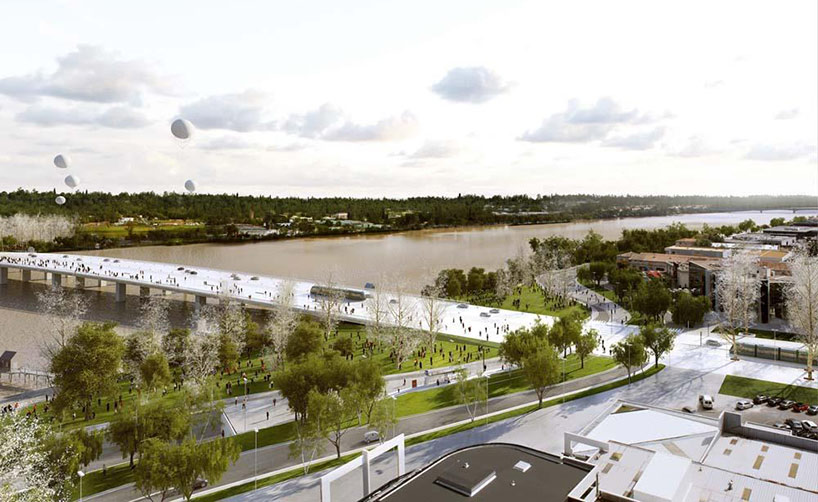 ‘the bridge itself is not the ‘event’ in the city, but a platform that can accommodate all the events of the city. we wanted to provide the simplest expression – the least technical, least lyrical, an almost primitive structural solution. this simplicity allowed us to create a generous platform for pedestrians and public programs, as well as flexibility in accommodating the future needs of various types of traffic.’ – clement blanchet, leading the project for OMA with rem koolhaas

landscaping leading up to the bridge 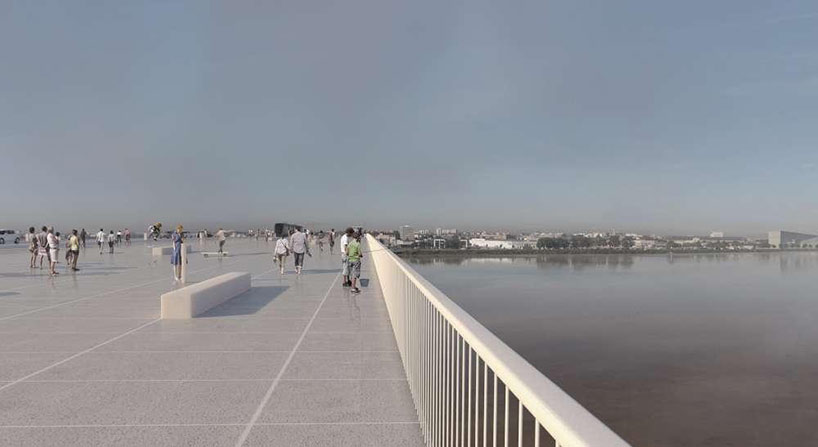 view of the wide pedestrian deck 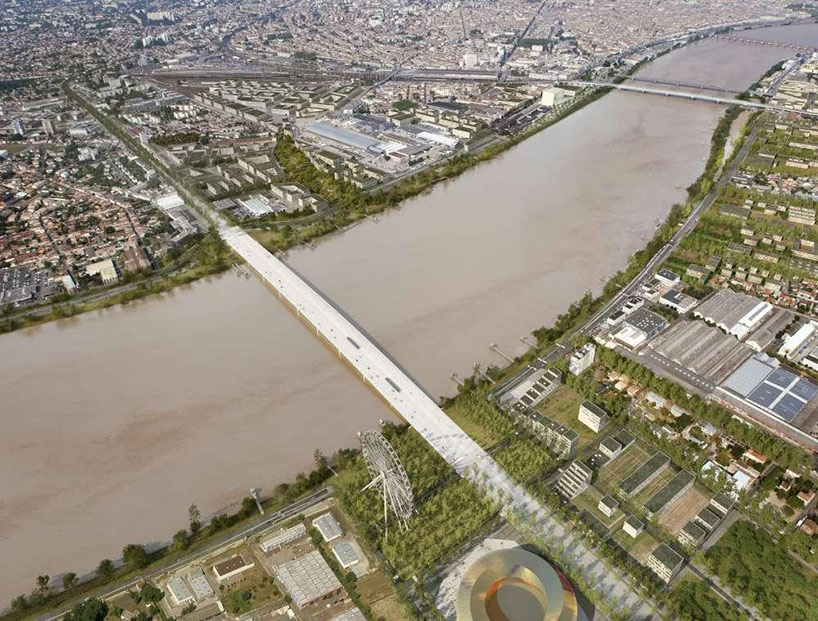 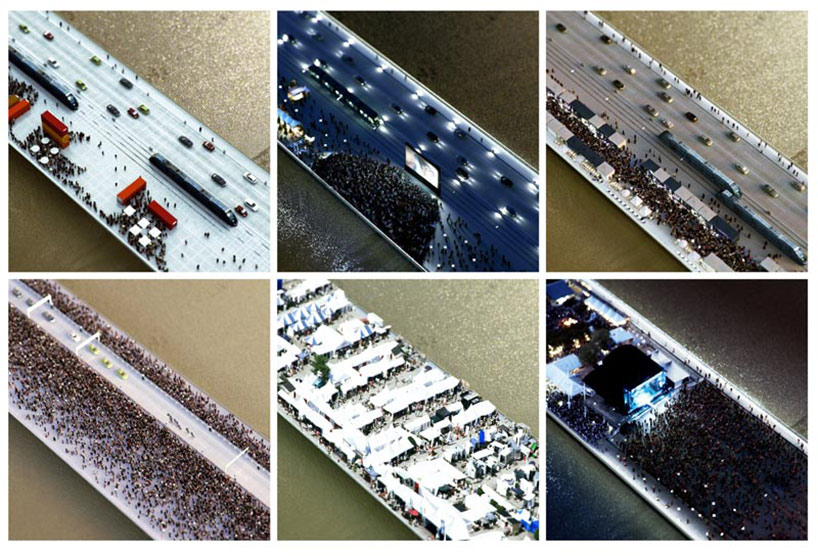 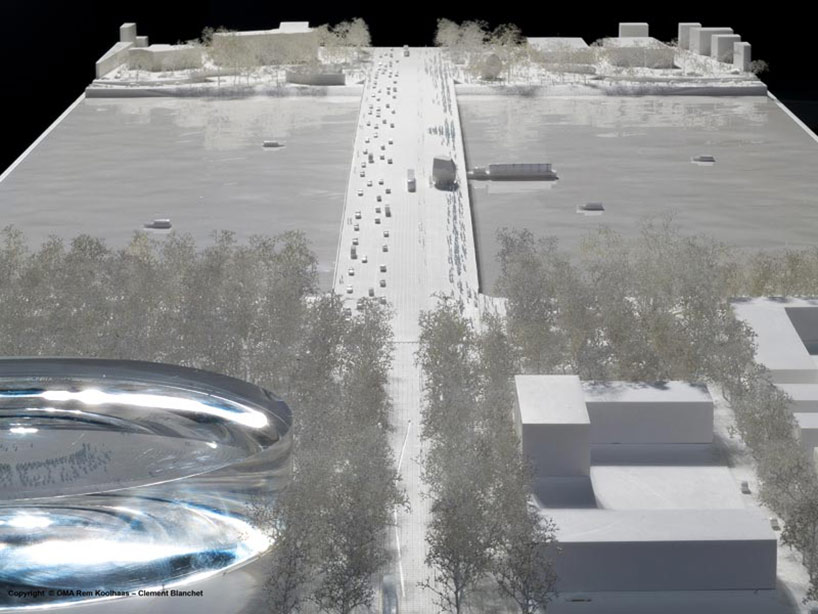