mori building, a japanese urban landscape developer, has announced plans to construct three new mixed-use towers in central tokyo. as part of this large-scale development, OMA will design a high-rise offering offices, a hotel, and retail space, tentatively called the ‘toranomon hills station tower’. the scheme also highlights public amenities, including a new subway station on the hibiya line. located at the junction of a business cultural center and ark hills — a lifestyle cultural center — the structure responds to the ambitions of both neighborhoods. the tower incorporates an elevated park that links to the surrounding green network, extending the newly configured pedestrian boulevard of shin tora dori. OMA’s design is part of the district’s new global business hub, which includes two further buildings named ‘toranomon hills business tower’ and ‘toranomon hills residential tower’. the plans seek to transform the area into a more vibrant, accessible hub in order to entice international individuals and enterprises to the japanese captial. ‘toranomon hills station tower serves as a key node that connects the new station to the other towers and the surrounding district,’ says shohei shigematsu, partner and director of OMA new york. ‘the axis of activity is designed to run through the base, extending vertically to wrap the tower; communicating the activity of the complex at an urban scale.’

the ‘toranomon hills station tower’ is scheduled to open in 2022, with partial subway service to begin in advance of the 2020 olympics. 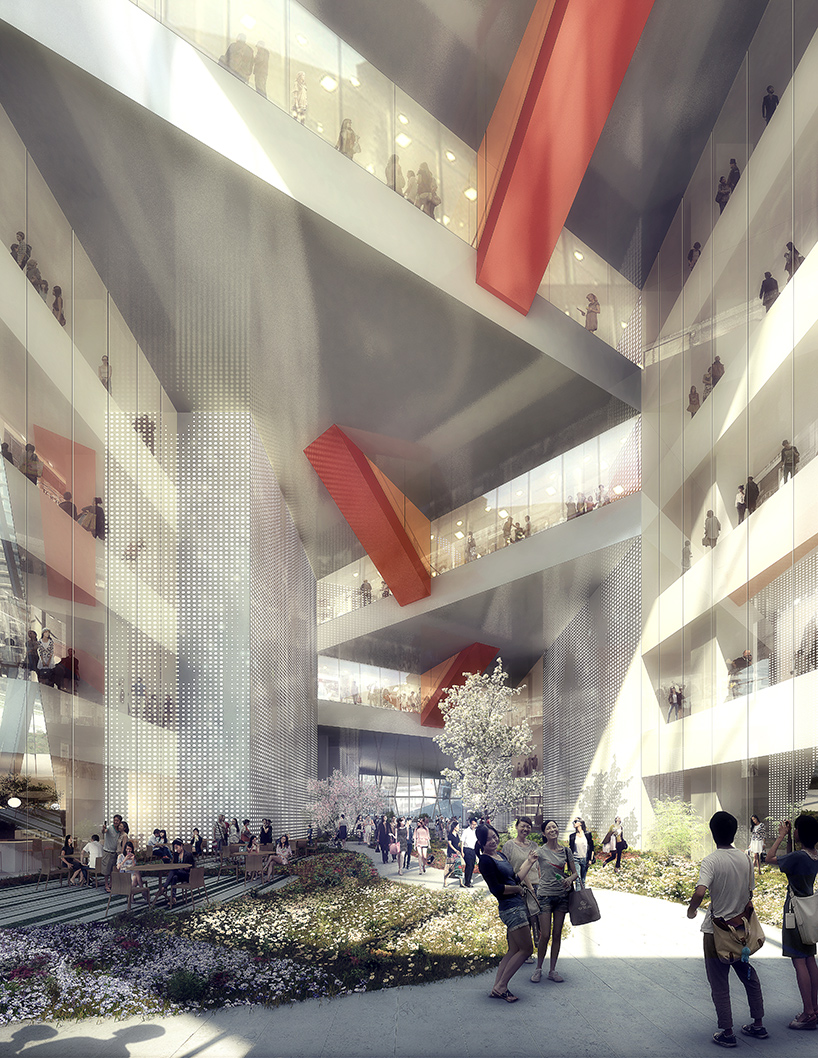 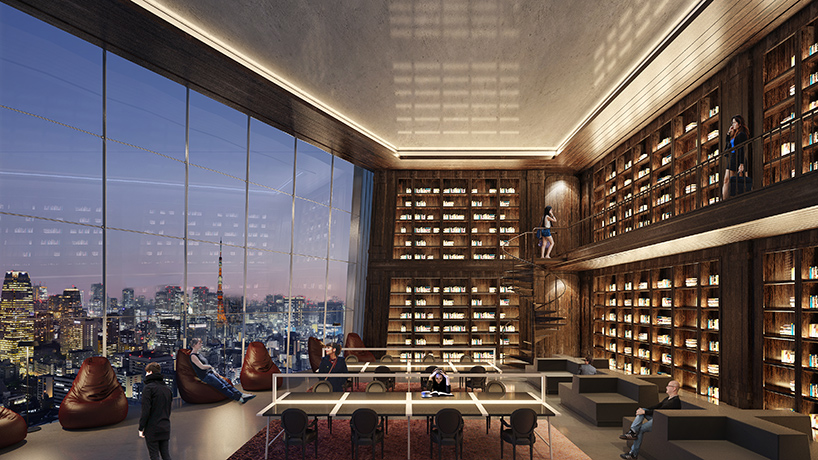 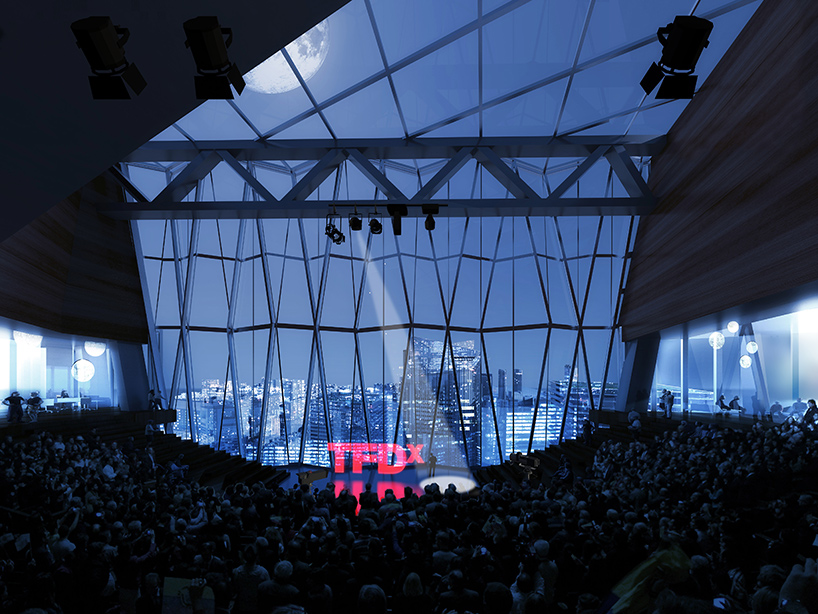 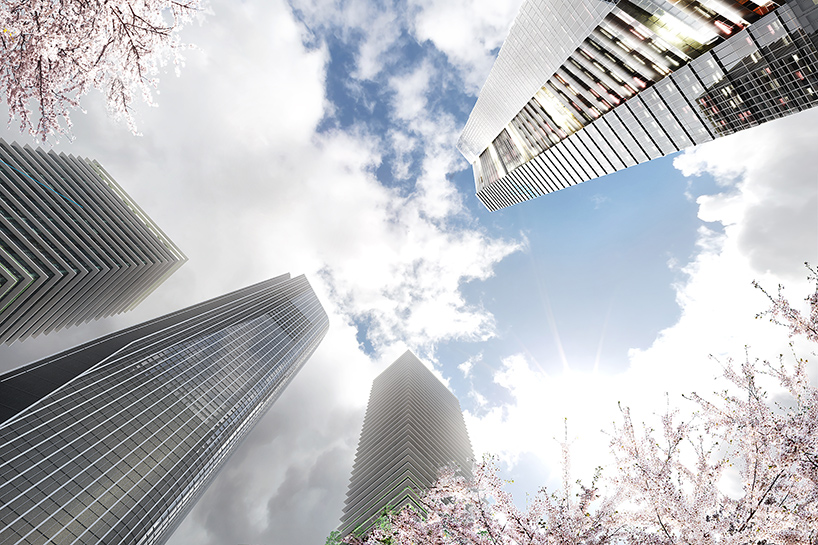 masterplan of mori towers looking up from landscape bridge