after a series of public consultations and exhibitions, OMA has been chosen as one of three candidates shortlisted to redevelop axel springer‘s media campus in central berlin. selected alongside proposals from bjarke ingels group and buro ole scheeren, the building references the company’s move away from print towards digital publishing, establishing a cultural hub designed to attract national and international talent. 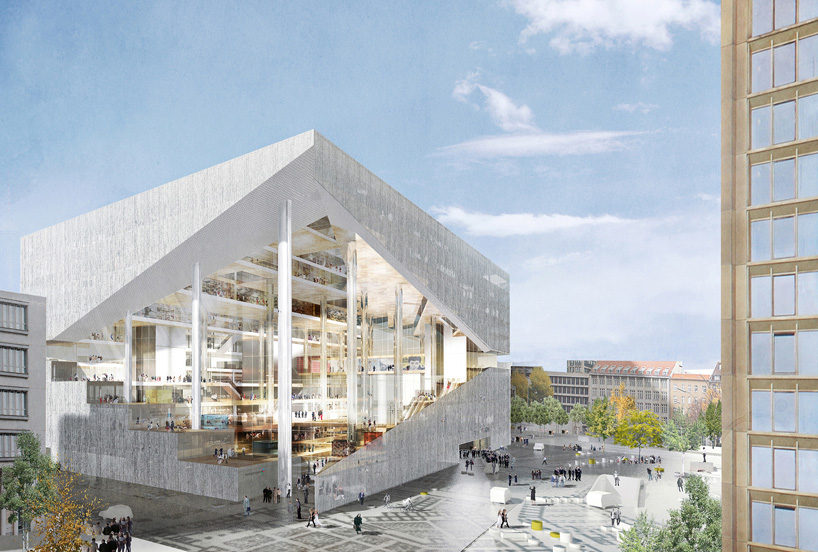 the main principle of the plan is to establish a fluid and integrated working environment, where individual employees are not isolated at their own desk, but able to collectively broadcast their activities. the building offers two contrasting areas of workspace, with formal offices housed in the solid part of the structure, and a series of connected terraces flexible in accommodating the present and future needs of the organization. 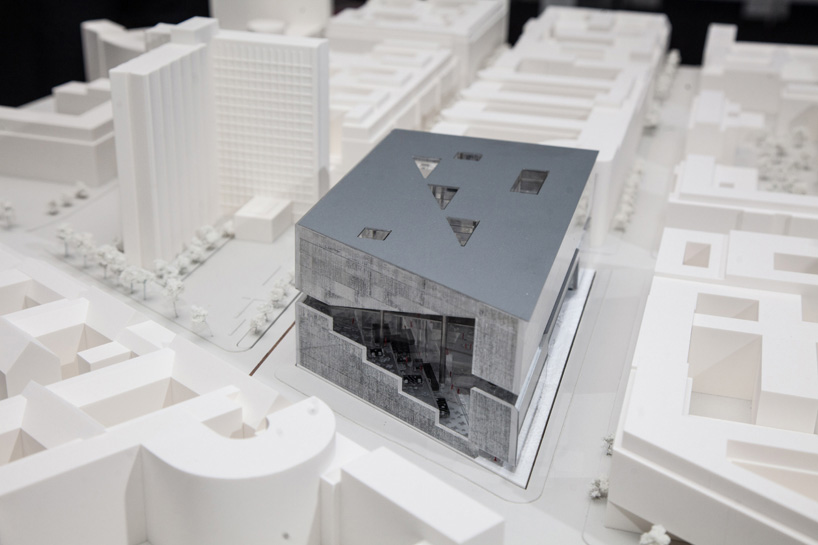 the scheme’s focus on transparency and integration is referenced in the design’s façade with a large aperture revealing the inner working environment of the 60,000 square meter complex. internally, the proposal involves open plan spaces allowing different areas of the program to establish both physical and visual relationships. 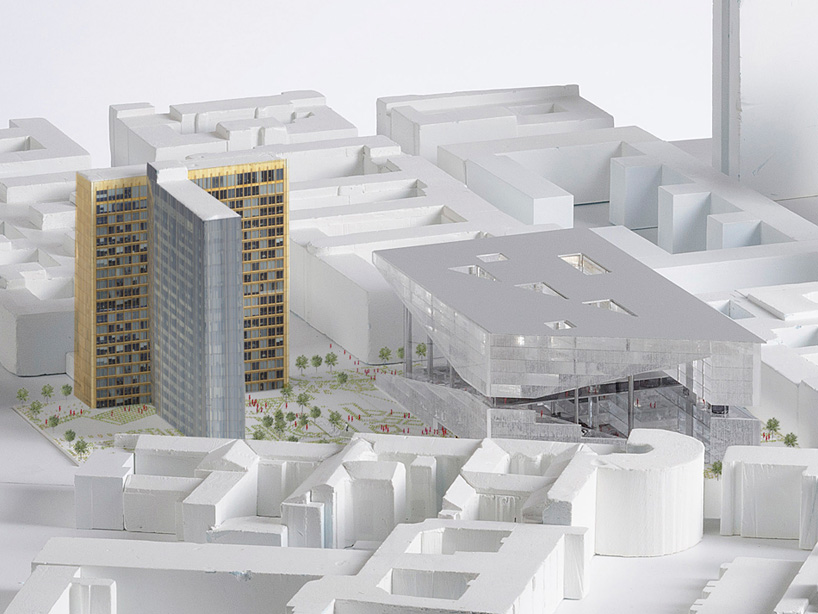 at the mid-height of the structure the ‘valley’ is mirrored, forming a canopy which encloses the volume
image courtesy OMA

centered around a large atrium, each floor includes a traditional workspace, adjoined by uncovered communal terraces generating a digital valley. at the mid-height of the design the valley is mirrored, forming a three dimensional canopy enclosing the volume. the offices are also semi-public in nature, with the ground floor lobby, a meeting bridge and a roof-top bar, allowing visitors and guests to view how the company operates. 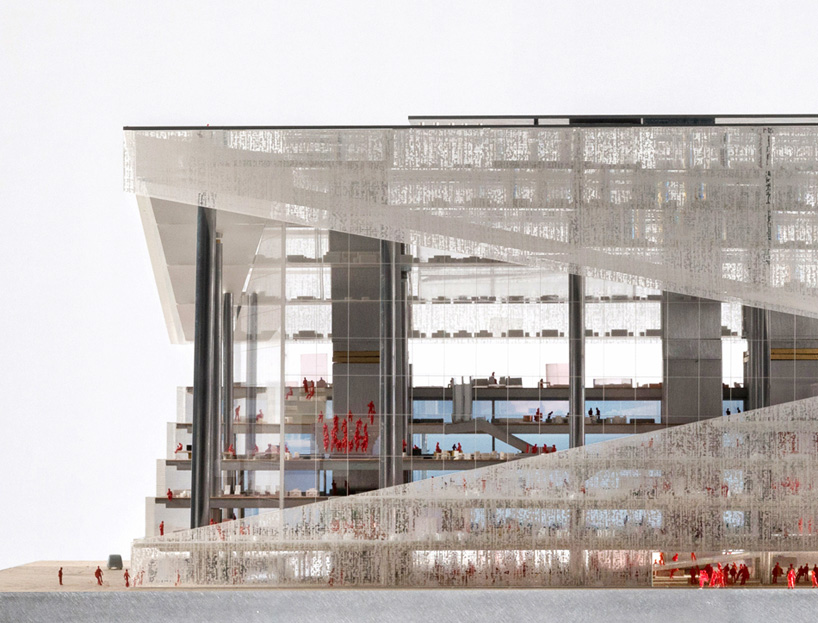 model highlighting the scale of the proposal
image courtesy OMA 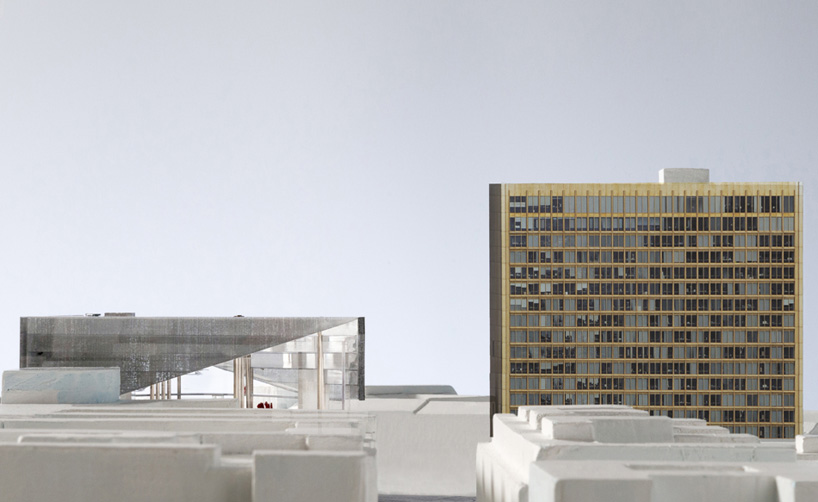 the building will tower over its surrounding landscape
image courtesy OMA 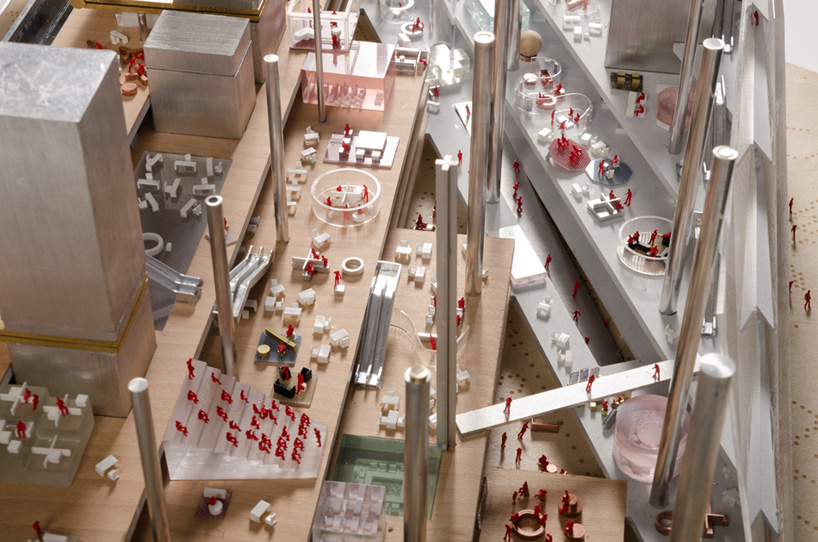 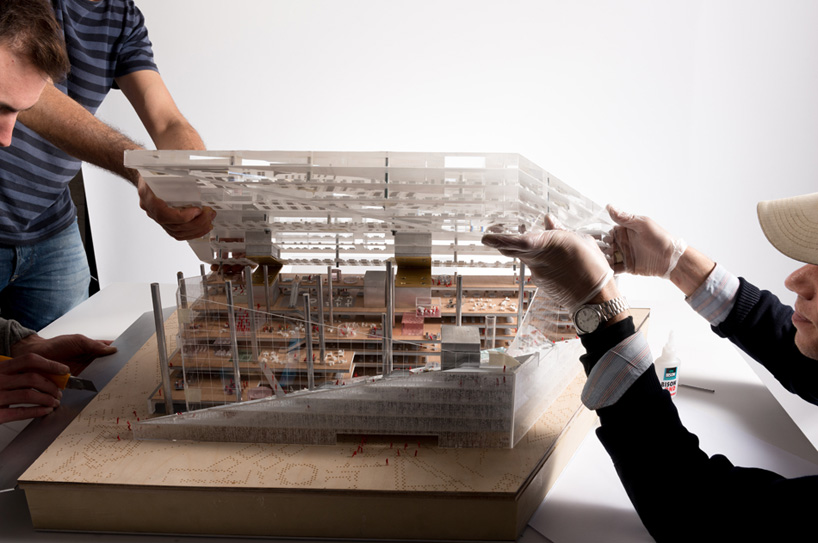 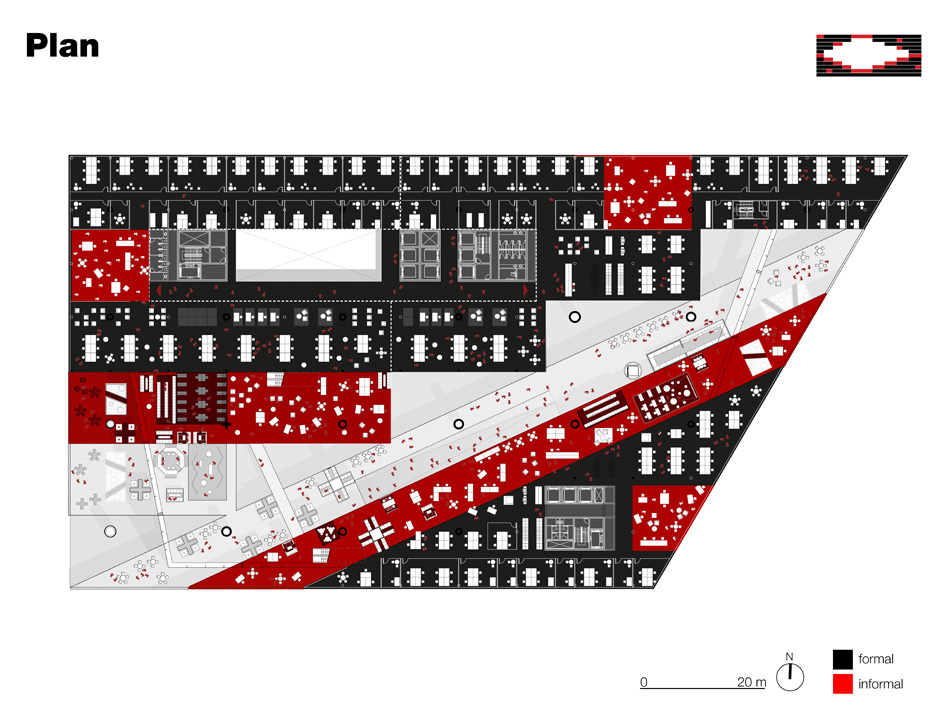 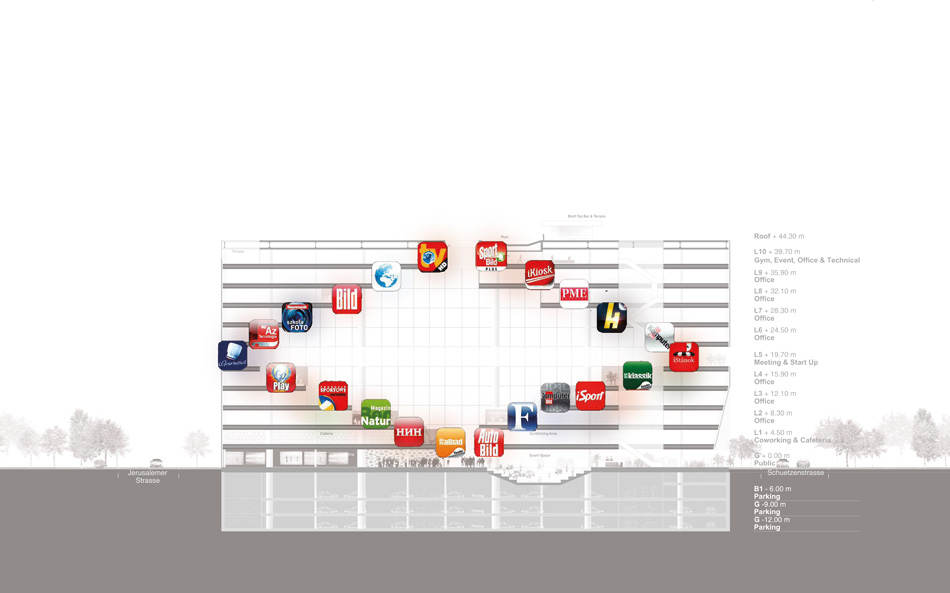 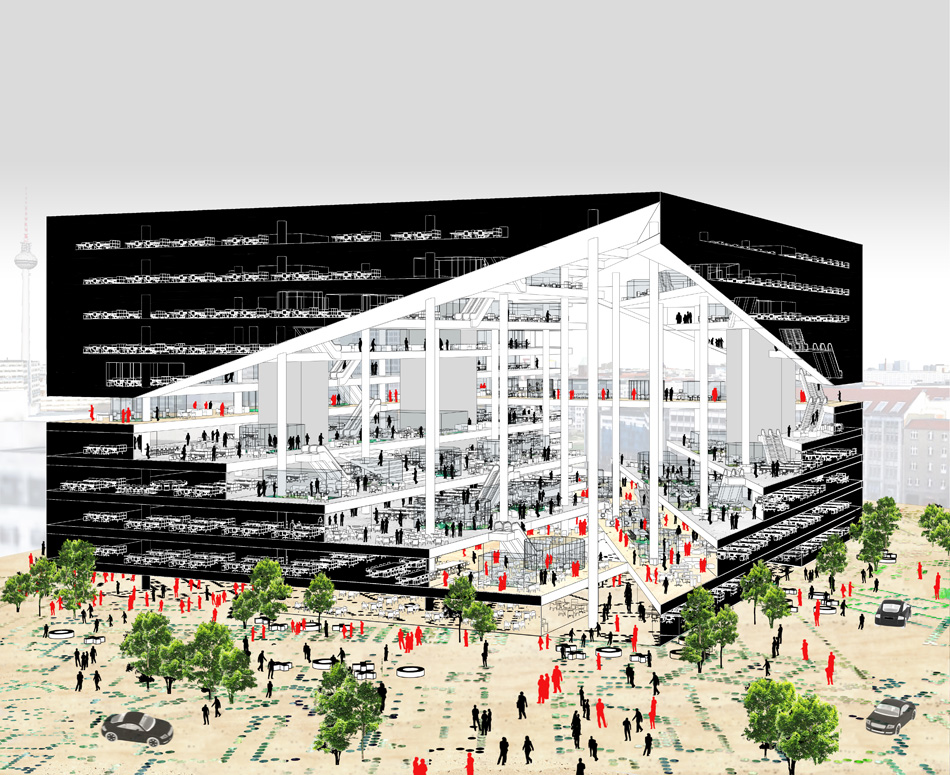 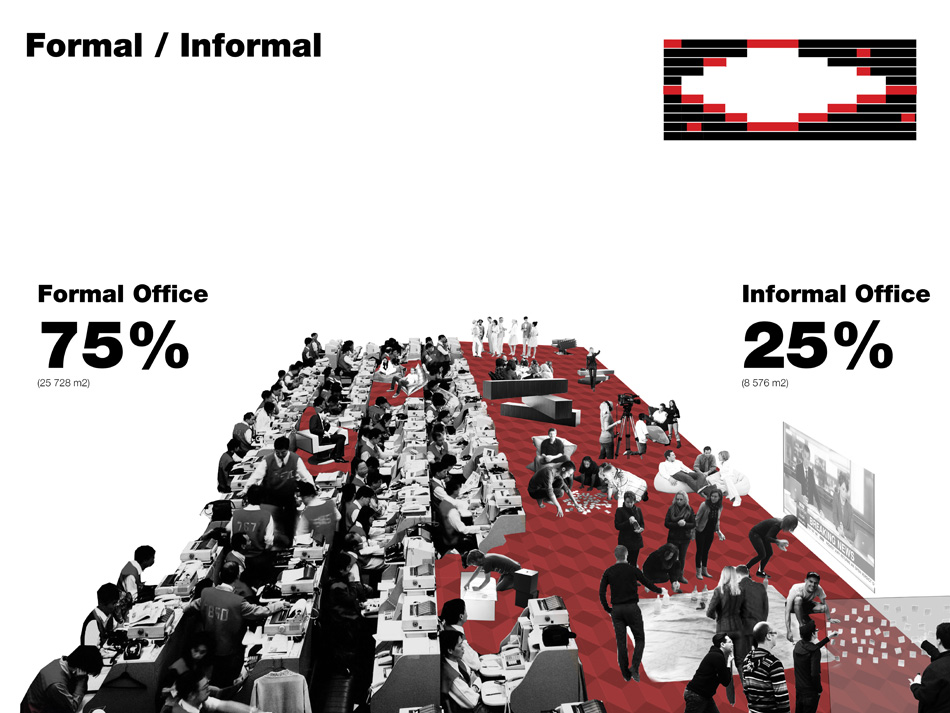 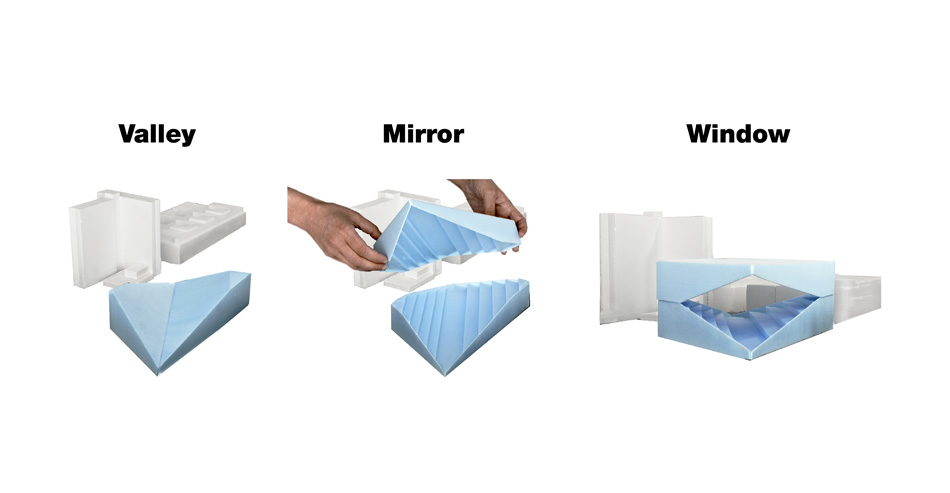 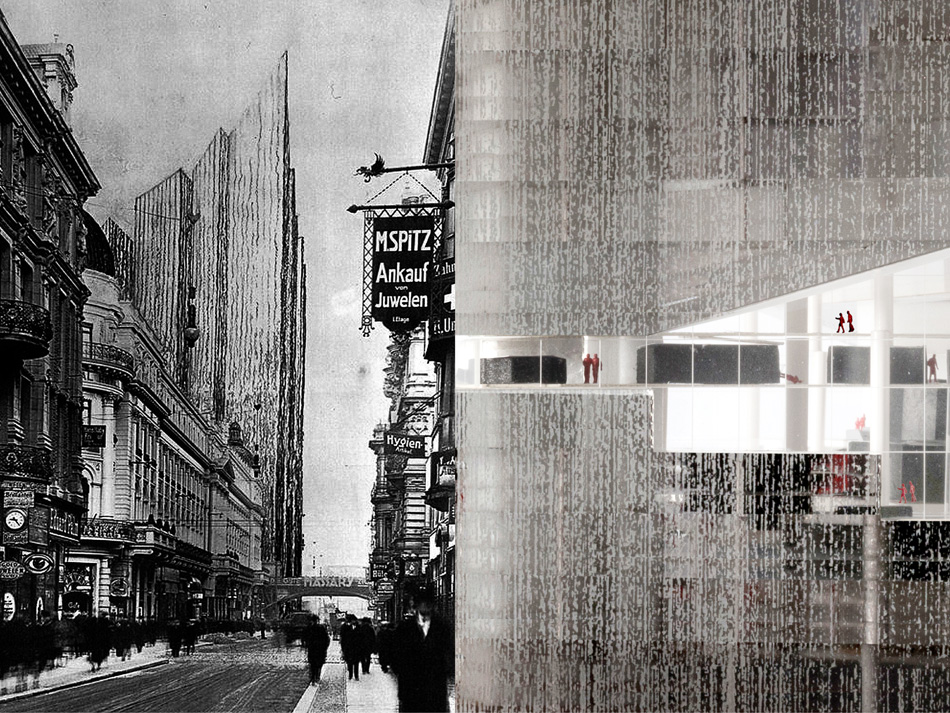 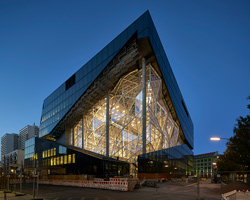 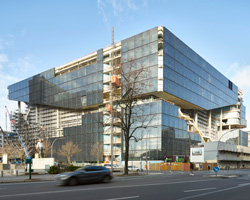 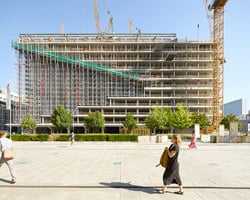 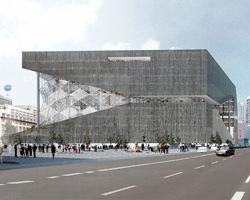