OMA has released new images of the taipei performing arts center — the much-anticipated theatre complex currently under construction in taiwan. the firm won the design competition for the project, known as ‘TPAC’, in january 2009, with construction beginning in 2012. now, with the development nearing completion, new photography shows the first unobstructed views of the ‘proscenium playhouse’ — a spherical structure that resembles a suspended planet docking with the building. 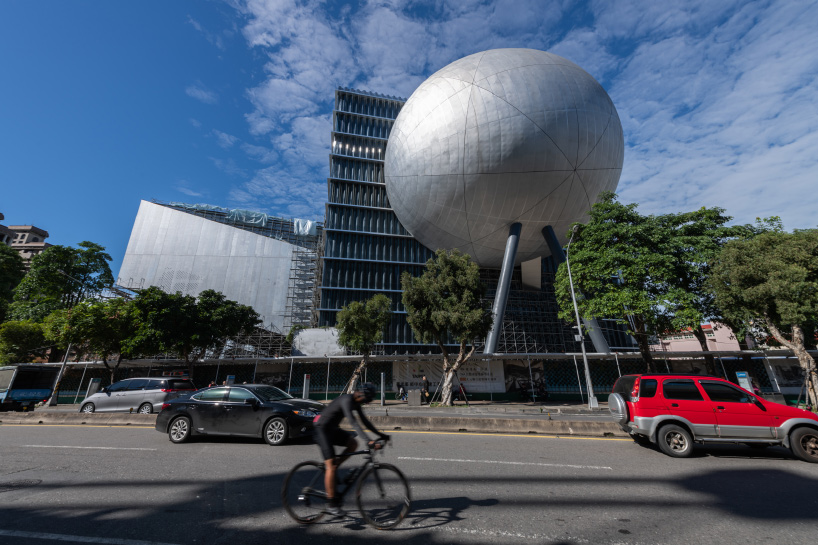 all images by kevin mak, courtesy of OMA

OMA’s design for TPAC comprises three theatres, each of which can function autonomously. in addition to the ‘proscenium playhouse’, the scheme also includes ‘the grand theatre’, a slightly asymmetrical space designed as a contemporary evolution of the large theatre spaces of the 20th century, and ‘the multiform theatre’, which can accommodate more experimental performances. located on the same level, these two venues can be combined to form ‘the super theatre’, a vast arena described as ‘an experimental, factory-like environment’. 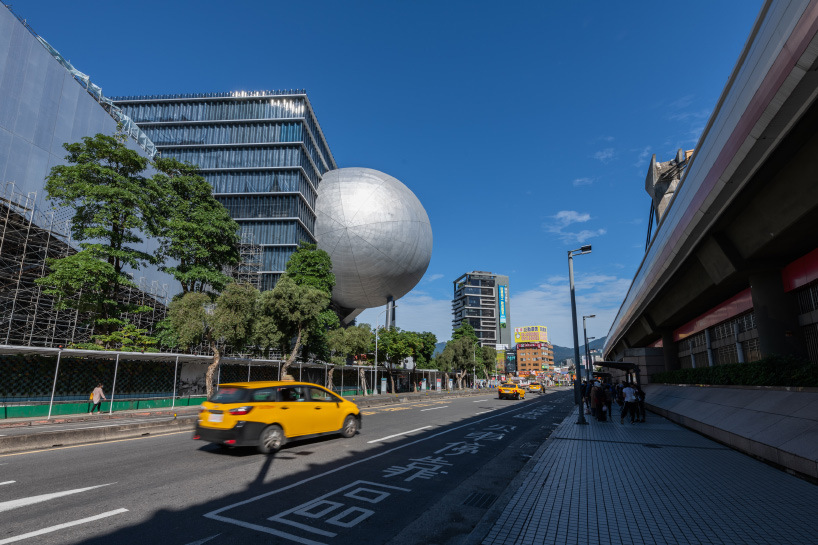 ‘the theatres plug into a central cube, which consolidates the stages, backstages and support spaces into a single and efficient whole,’ explains OMA. ‘this arrangement allows the stages to be modified or merged for unsuspected scenarios and uses. the design offers the advantages of specificity with the freedoms of the undefined.’ meanwhile, the general public — even those without a ticket — are encouraged to enter the building via a ‘public loop’ that makes its way through the theatre infrastructure and spaces of production, allowing the venue to engage with a broader audience. see designboom’s previous coverage of the project here. 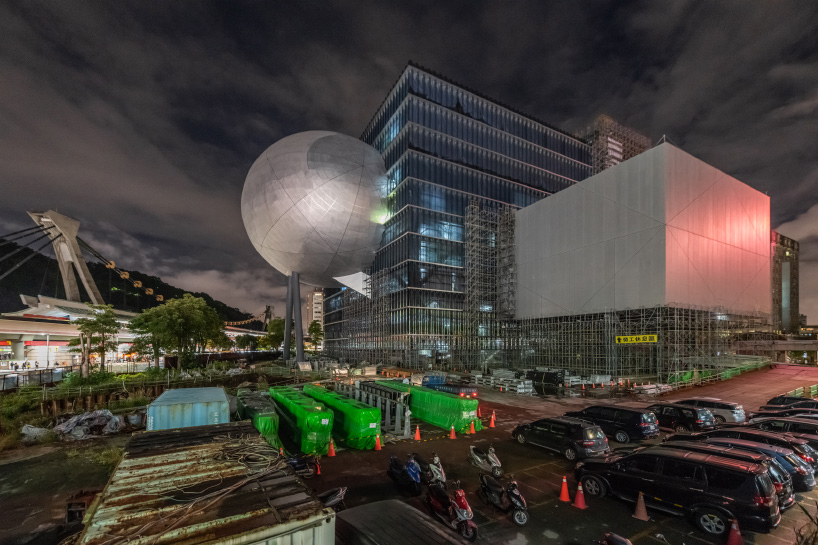 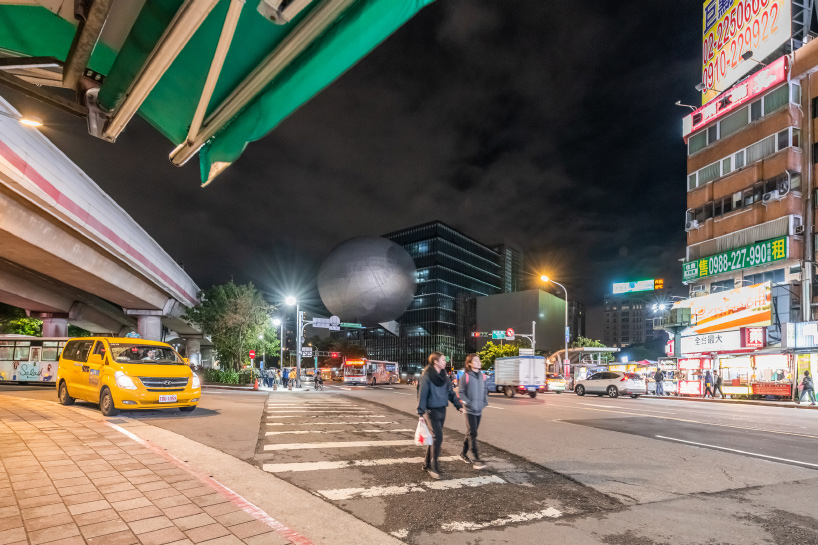 TPAC is nearing completion in the taiwanese capital of taipei