kuwait city’s popular 360° mall is quickly becoming a site for world-class international architecture. OMA was slated to design a concept department store centered around showcasing the burgeoning creative industries in the region. the translucent megastore is a flexible space that acts as both a public event venue and consumer-driven department store, set to house a range of international fashion brands. commissioned by kuwaiti sheikh majed al-sabah, the forthcoming exhibition hall makes use of its culturally engendered and elegantly meticulous arabic geometries to seamlessly integrate into the circular plan of the neighboring mall.

retailers will work alongside a contemporary public forum for the city over three levels of generously glazed galleries. these partitioned spaces recall famous kuwaiti open air markets, called souks, whose typology makes for individual brand development. walls with circular cut outs will function as both transverse corridors and frames for shifting views. the effect is such that the space will be ever-changing and fully customizable. while the manifold structure supplies ample light during the day, the effect is reversed at night when the architecture becomes a beacon of new possibilities and cultural exchange. 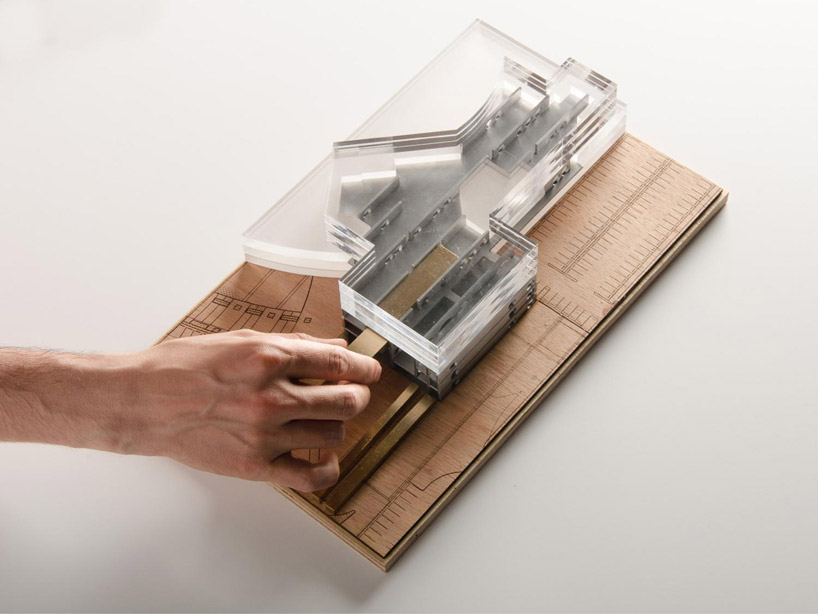 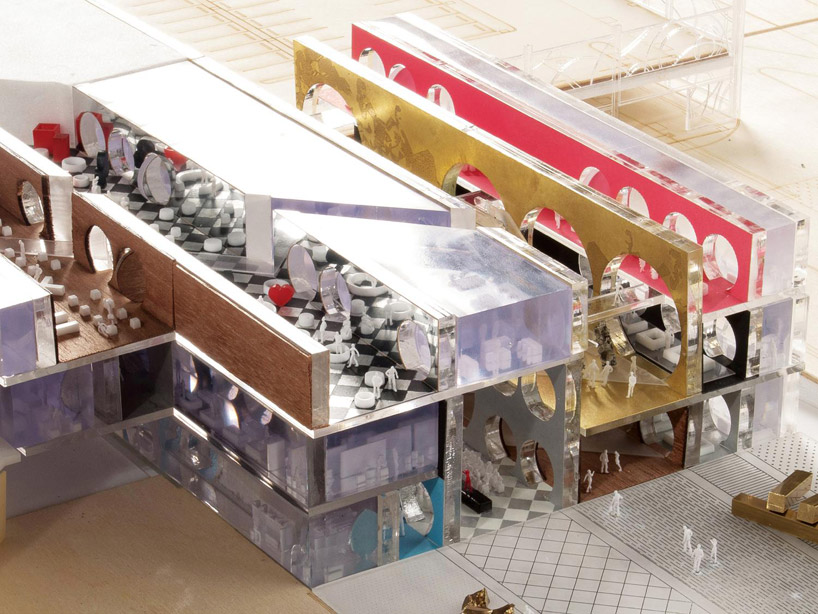 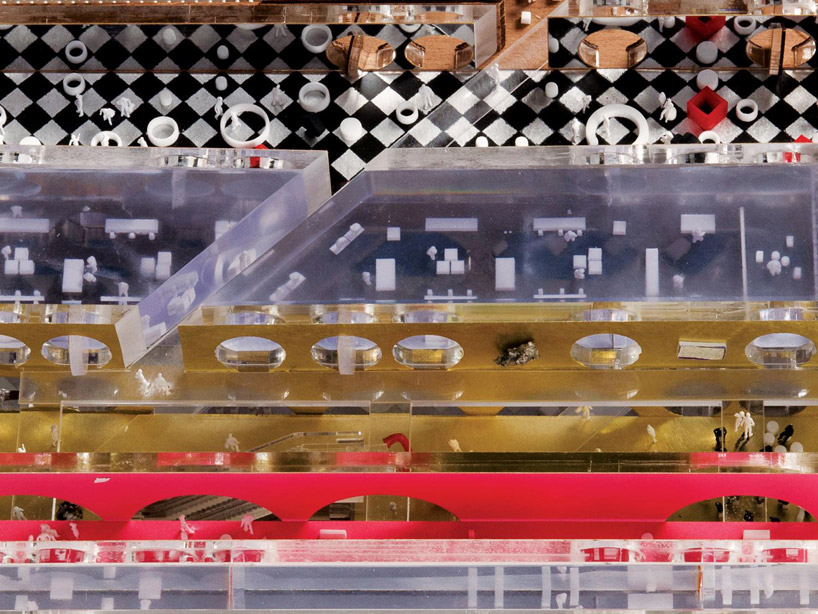 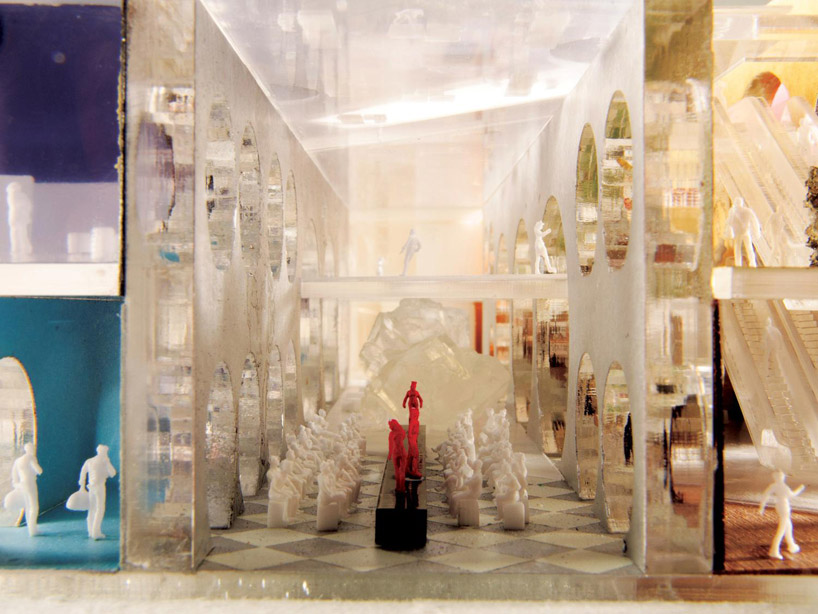 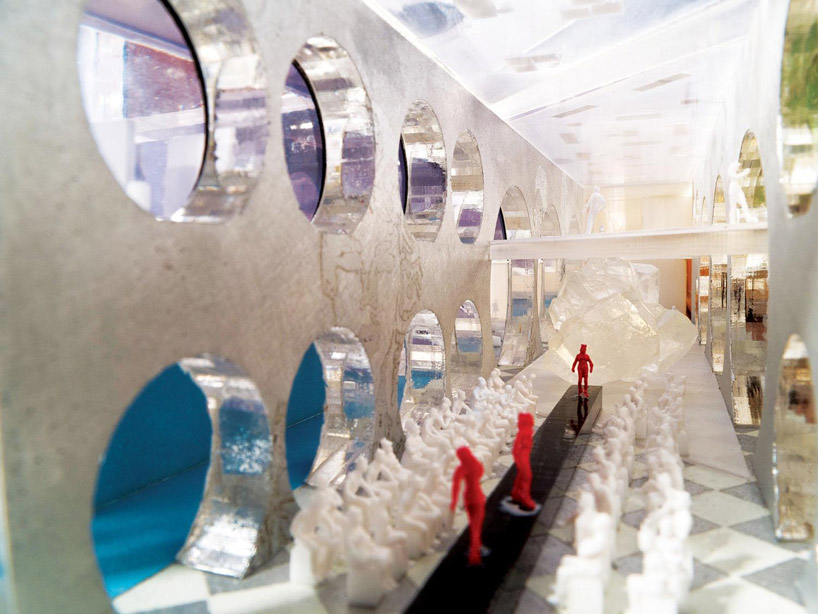 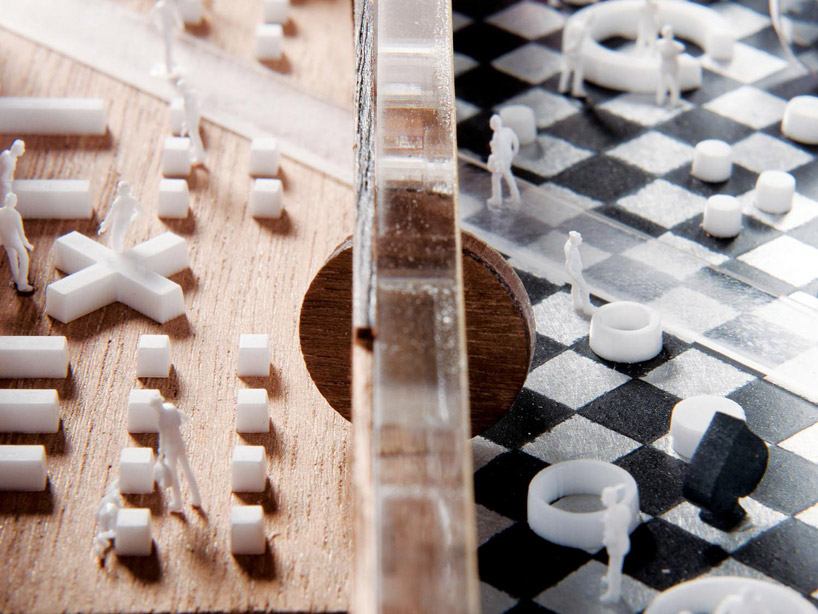 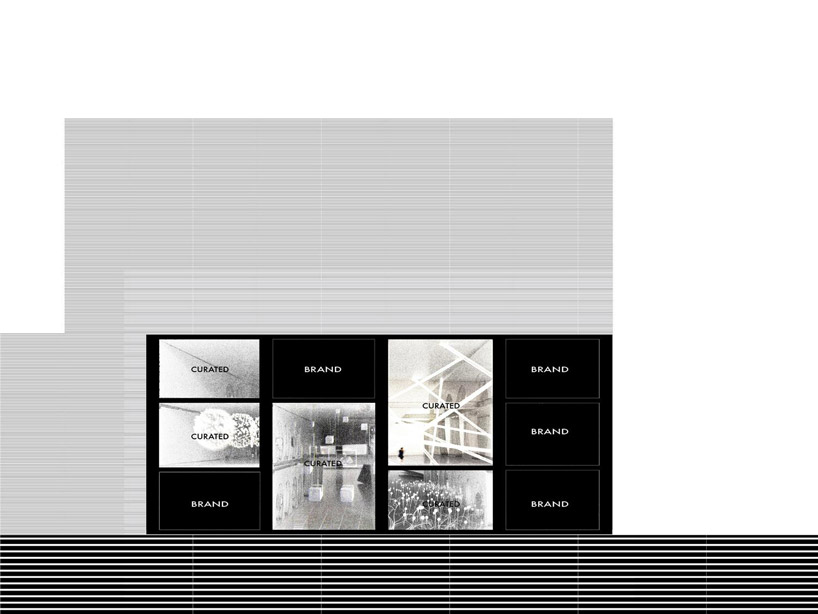