the office for metropolitan architecture (OMA), has won the competition for a major expansion to the musée national des beaux-arts du québec (MNBAQ). the 12,000 square meter new building, a cascade of three overlapping boxes at the juncture of downtown quebec city and the historic battlefields park, will be OMA’s first built project in canada. the design, led by OMA partners shohei shigematsu and rem koolhaas in collaboration with associate jason long, was chosen unanimously from five submissions by internationally renowned architecture offices.

OMA’s expansion of MNBAQ – linked underground with the museum’s three existing buildings – is located on quebec’s main promenade, grande-allée, adjacent to st. dominique church. the design aims to integrate the building with the surrounding park and initiate new links with the city. three stacked galleries of decreasing size – housing contemporary exhibitions (50m x 50m), the permanent contemporary collection (45m x 35m) and design/inuit exhibits (42.5m x 25m) – ascend from the park towards the city, forming a dramatic cantilever towards the grande-allée and a 14m-high grand hall, welcoming the public into the new building.

shohei shigematsu commented: ‘our ambition is to create a dramatic new presence for the city, while maintaining a respectful, even stealthy approach to the museum’s neighbors and the existing museum. the resulting form of cascading gallery boxes enhances the museum experience by creating a clarity in circulation and curation while allowing abundant natural light into the galleries’.

the project will be executed by OMA’s new york office in collaboration with provencher roy + associés architectes, due to be complete in 2015. 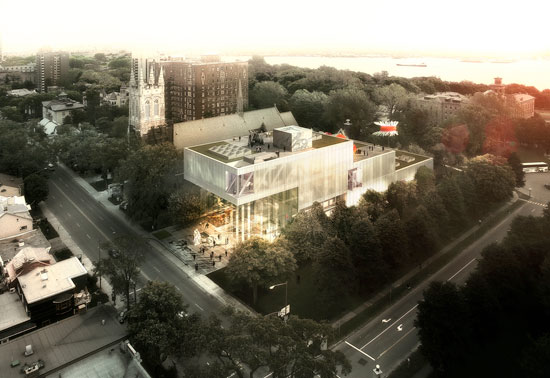 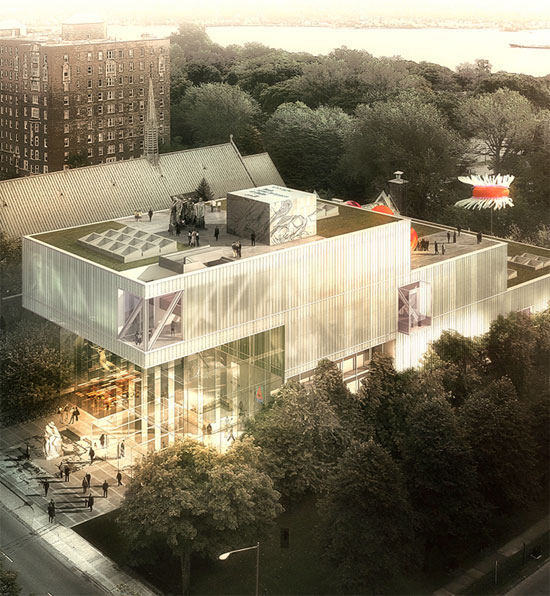 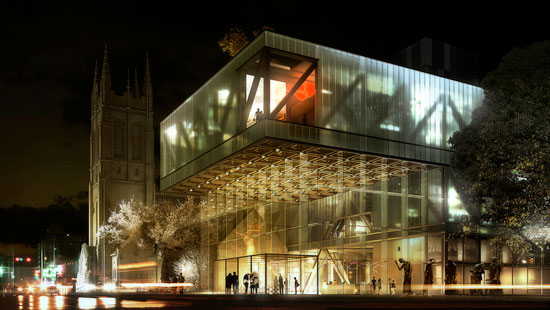 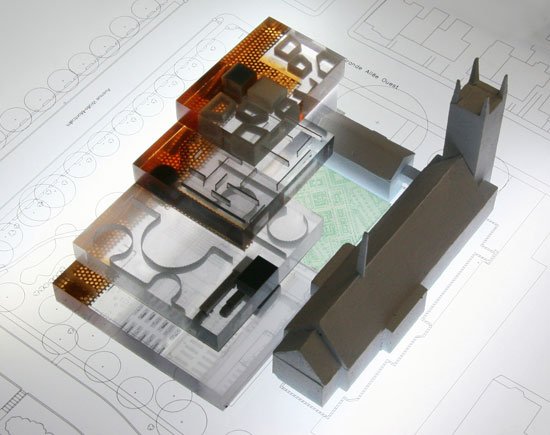