OMA in collaboration with  werner sobek and engineers ABT, has won the competition for rotterdam’s stadskantoor, a new building for the city hall that will accommodate municipal services, offices and residential units.

OMA conceived a modular building with repeated units gradually set back from the street as they rise into two irregular peaks. the building’s composition of smaller cells creates an impressive, complex form when viewed from coolsingel, one of rotterdam’s main arteries, and allows for subtlety and adaptability as the stadskantoor abuts the adjacent municipal building from the 1950s, the stadstimmerhuis.

the stadskantoor’s innovative structural system generates maximum efficiency and versatility both in construction and in program: units can be added or even dismounted from the structure as demands on the building change over time, and can adapt to either office space or residential parameters as desired. green terraces on higher levels provide the possibility of an apartment with a garden in the heart of urban rotterdam.

the building’s concept of flexibility – together with a climate regulated by warm air stored in summer and released in winter, and vice versa, and the use of hi-tech translucent insulation in the building’s glass façade – allowed OMA to meet the design brief’s requirement of making the stadskantoor the most sustainable building in the netherlands. 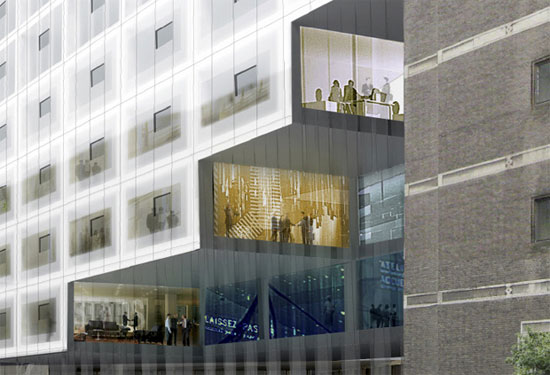 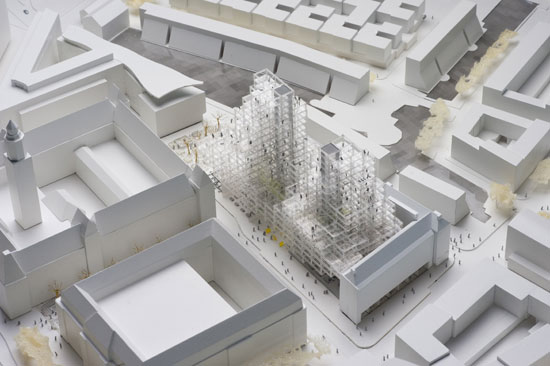 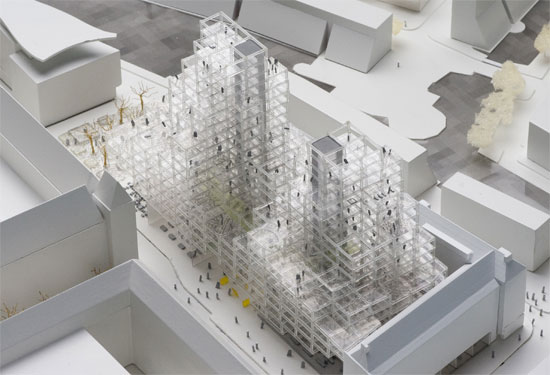