in belgium, local practice OMGEVING has completed a new public library in the municipality of zoersel, part of the town center’s ongoing redevelopment. standing among typical terraced houses, the architects were careful not to disturb the existing urban fabric.

with this in mind, the volume of the building appears to be subdivided into smaller sections that better reflect the local typology: each volume has its own roof profile, and consequently its own identity. internally, the subdivisions are removed and the library takes on its larger functional scale.

‘the scheme was an exercise on the perception of scale,’ explains the design team. ‘the outcome of the library’s design follows from an attempt to balance the large scale function of a public institution and the small scale context of the town itself.’ 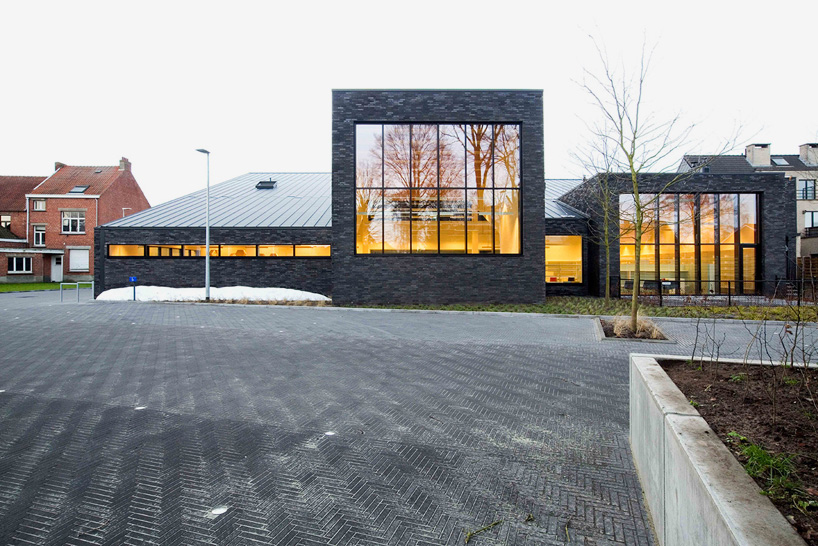 in terms of materials, a custom selection of standard, raw and glazed black brick was chosen for the façade, complemented with a dark anthra-zinc roof. the interior is painted in a sober white, accented by the exposed wooden ceiling structure. custom-designed furniture is placed throughout the library at designated areas. 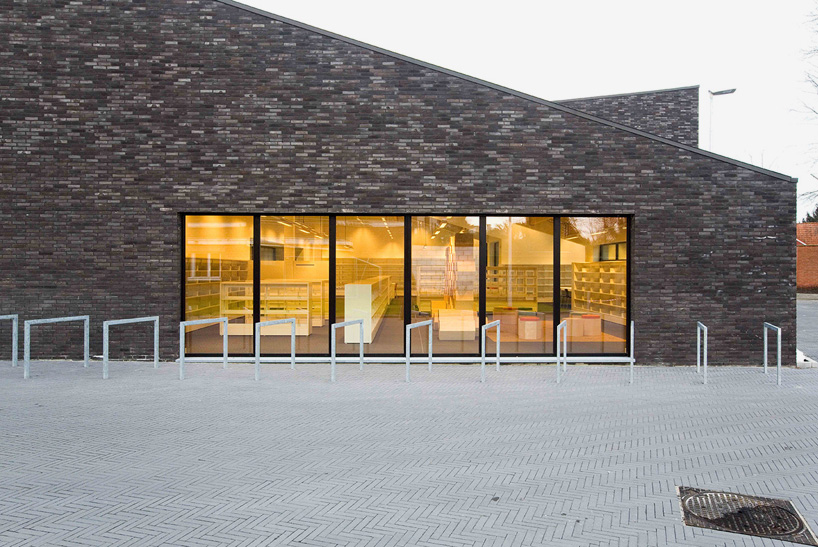 from an environmental standpoint, high standard building insulation and solar panels enable the building to reach a k-value of 31. displacement ventilation is used during the day, while natural ventilation occurs at night. rainwater is stored and reused for flushing toilets. 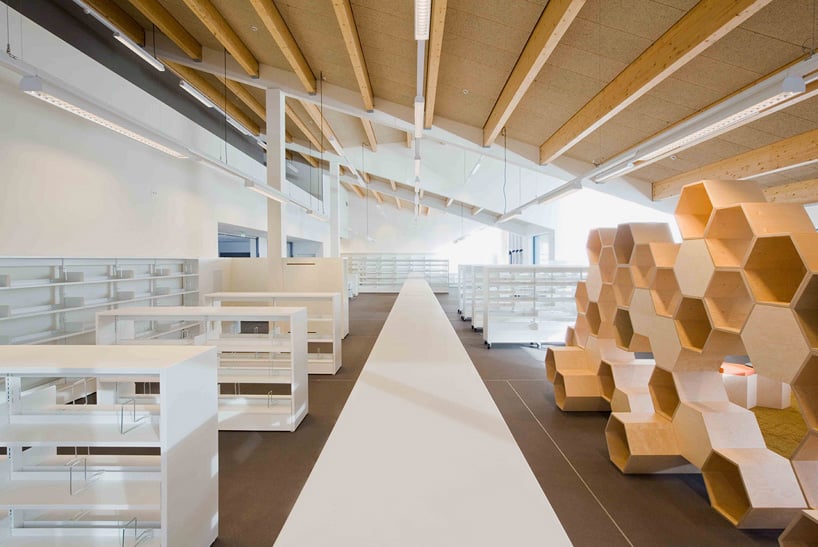 the interior is painted in a sober white, accented by the exposed wooden ceiling structure
image © yannick milpas 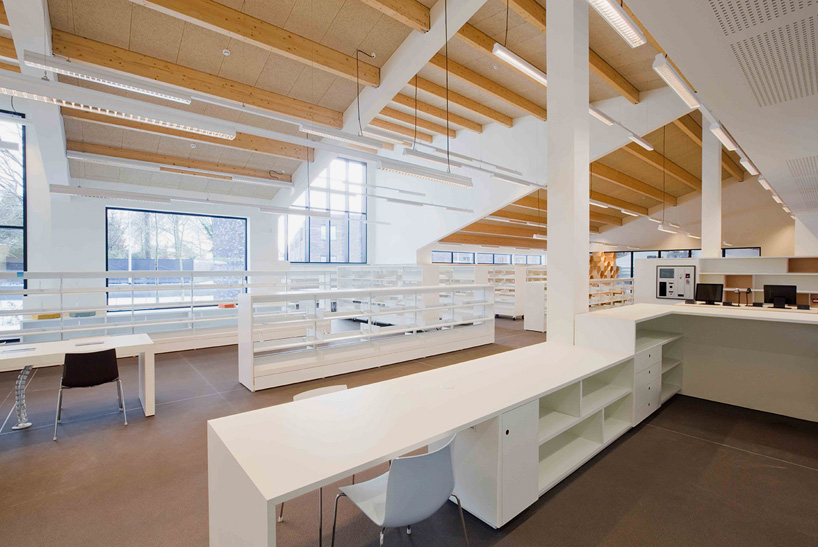 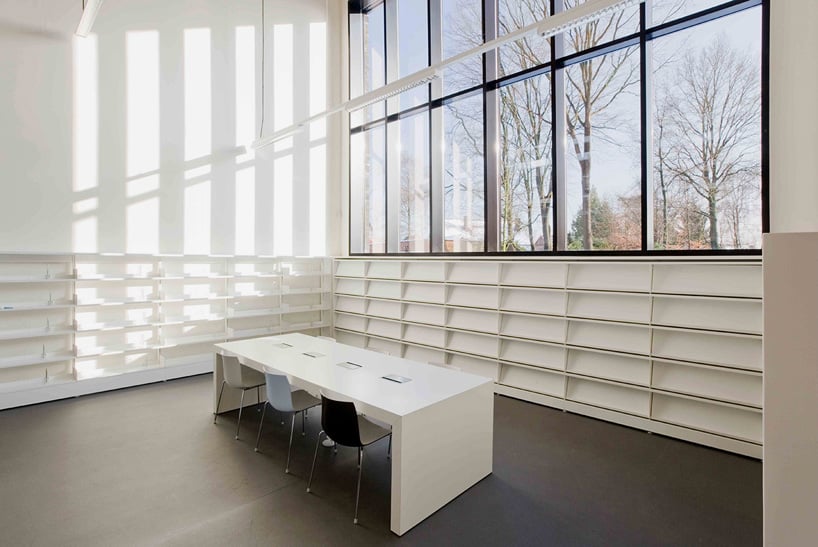 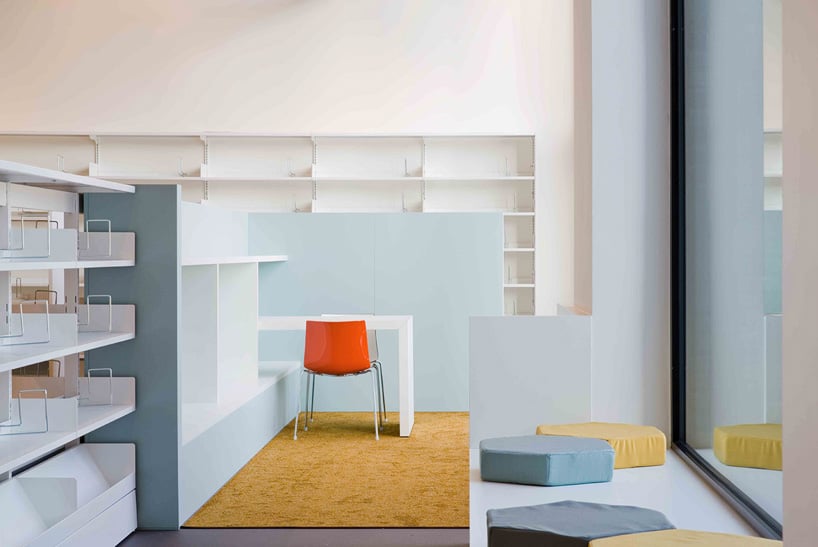 a private reading area within the library
image © yannick milpas 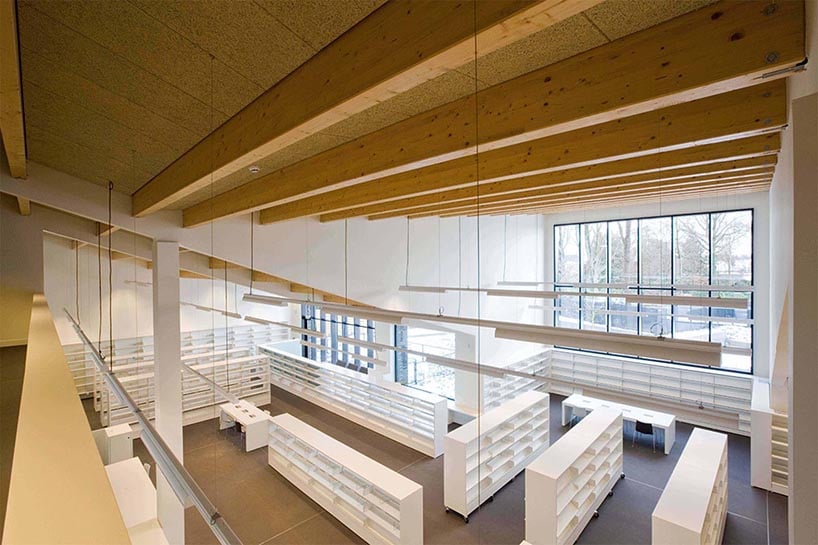 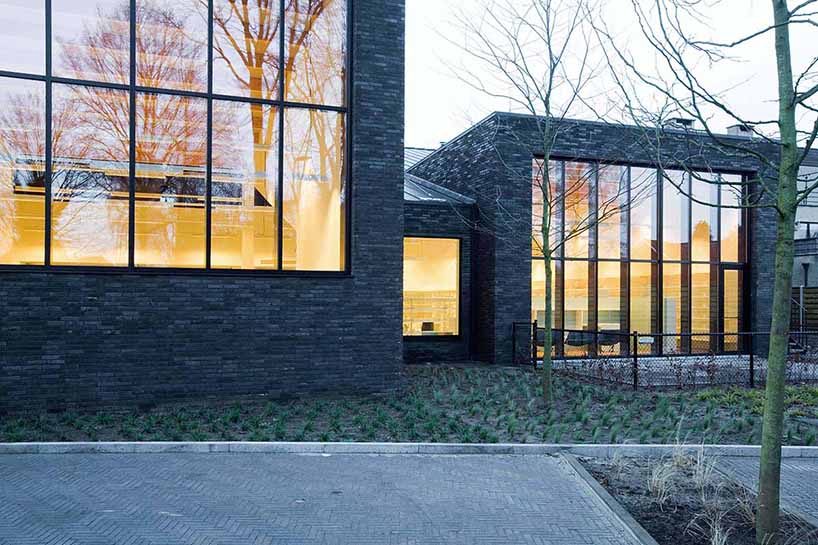 each volume has its own roof profile, and consequently its own identity
image © yannick milpas 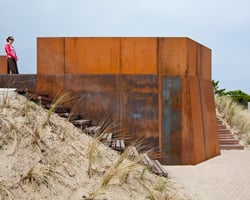 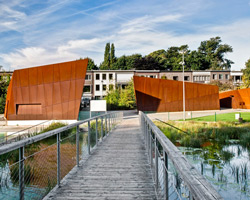 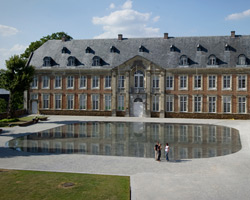