the portuguese creative agency, building pictures, which specializes in telling stories about architectural spaces through videos, reveals ‘one day at the school’, a short film about a modern school building in barcelona designed by b720 fermín vázquez arquitectos in 2017. the film shows one day of the students’ life in the new structure covered in metal slats. 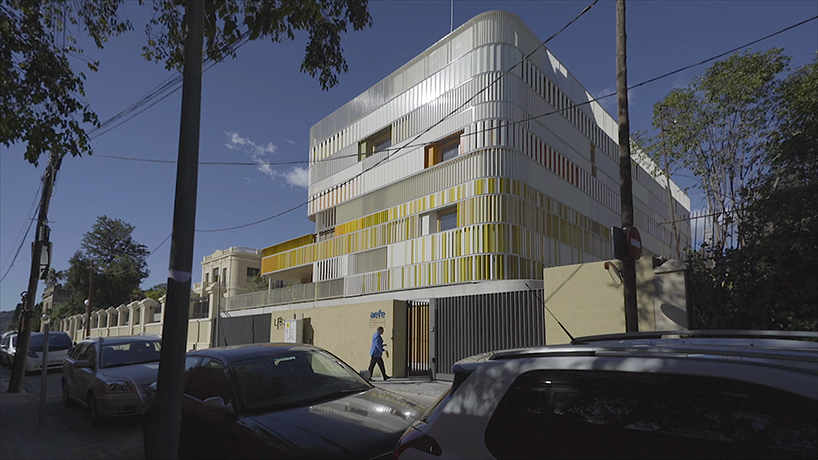 after years of setting temporary buildings by the historical one, it was proposed to b720 to design a whole new building to be a good fit for the perennial educational site. a visual and functional relationship is established between the old and new buildings, through a porch that allows indoor communication between them and a space under which to shelter in case of rain. 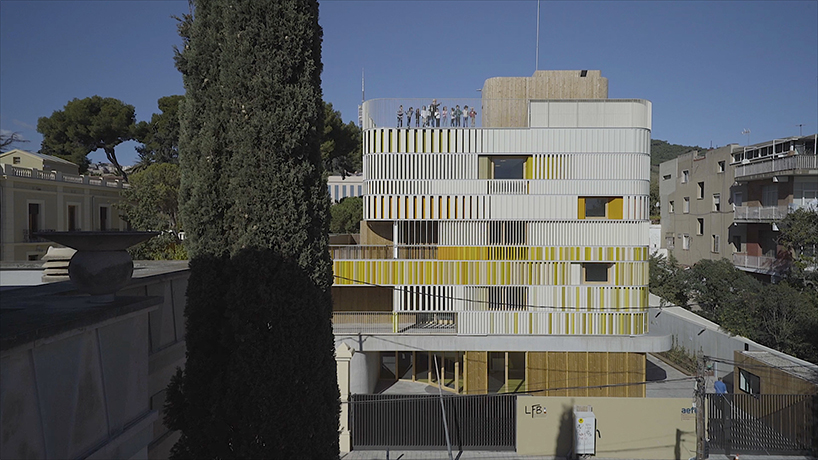 the scheme of a large central courtyard for games and perimeter spaces is maintained. the new building is developed in four levels: a semi-basement level that takes advantage of the unevenness between the garden and the street creates a partially covered direct access and an outside waiting area for parents and children. from there you can access the inside of the new building and, the garden by stairs or ramp. in the three upper levels, the classrooms are located — the proposal locates all the classrooms in the new building, leaving preserved and restored common uses in the old building: media library, music room, and administration areas. 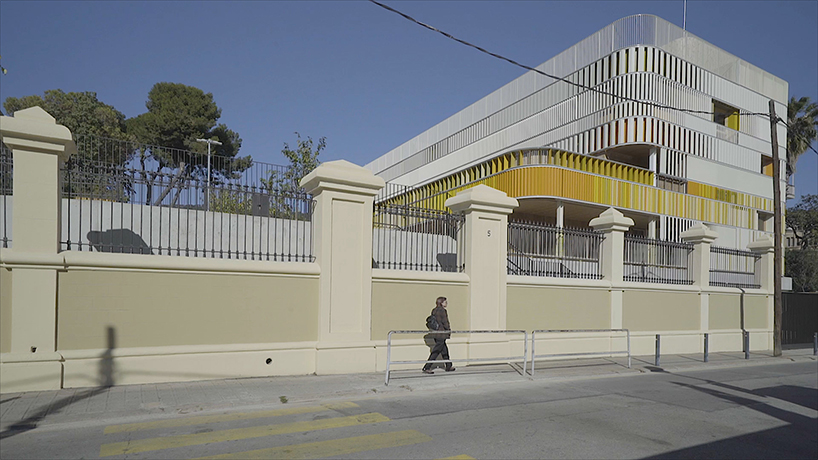 as we can see in building pictures’ video, the image of the façade is set by an envelope of vertical slats that run along the entire perimeter of the building. the position, orientation, and separation of these slats have been studied to provide optimum solar protection and be highly efficient in their environmental, thermal and durability behavior. 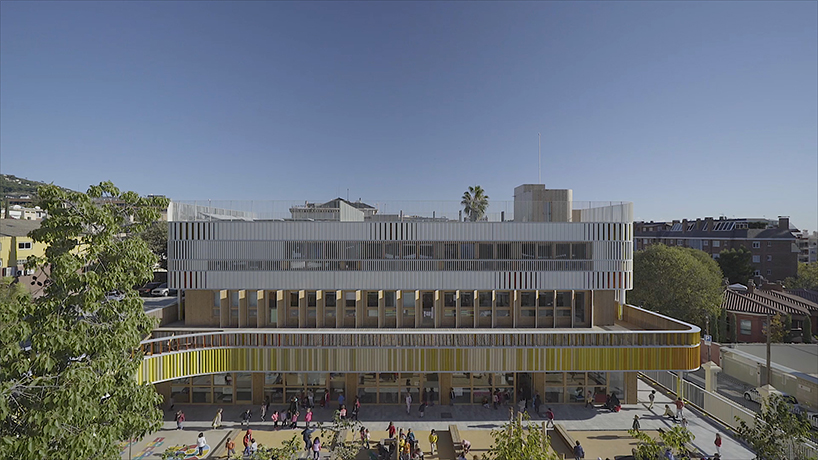 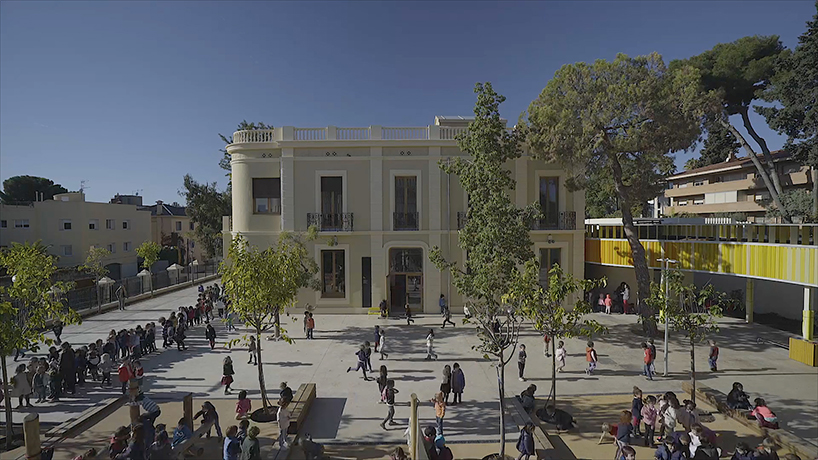 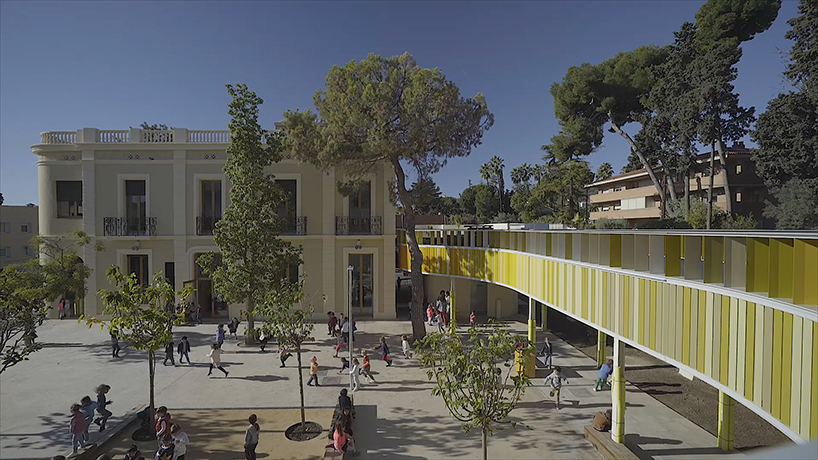 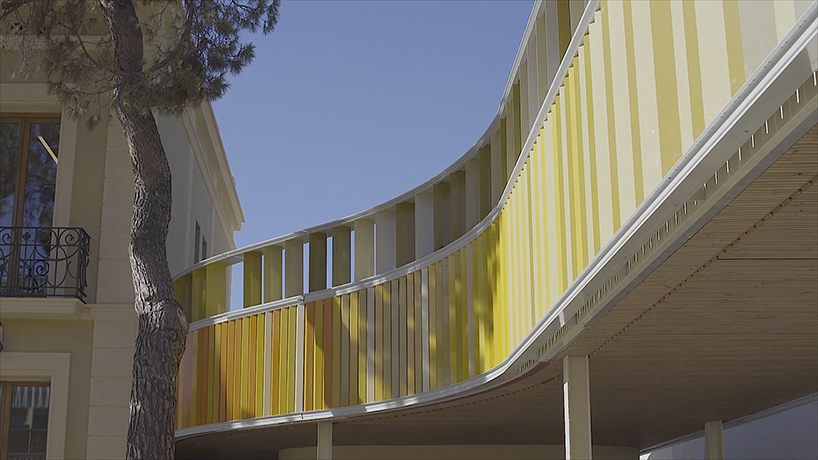 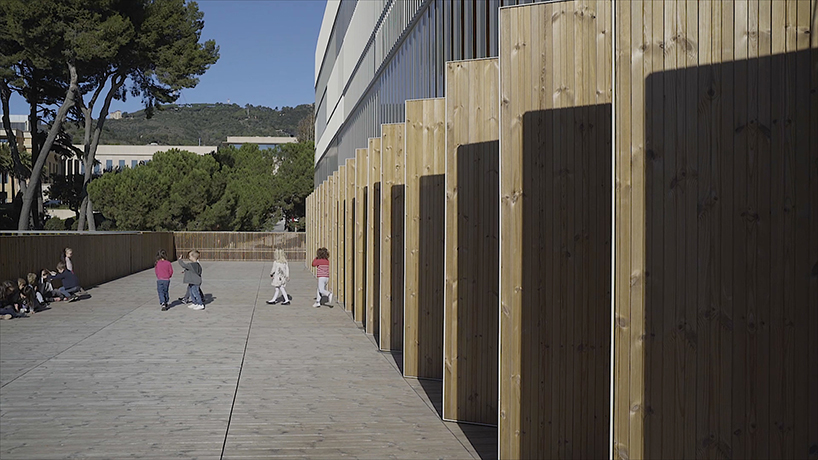 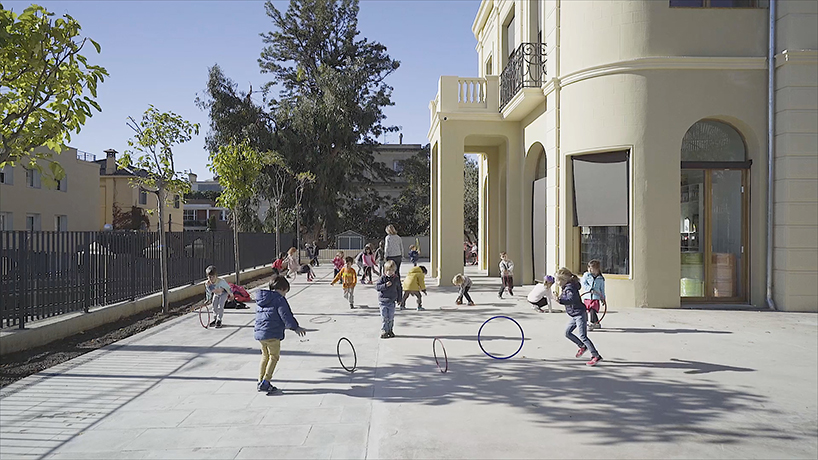 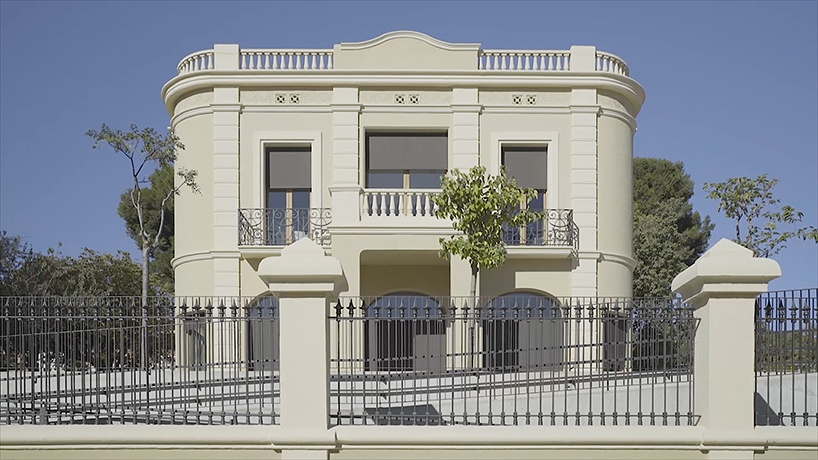 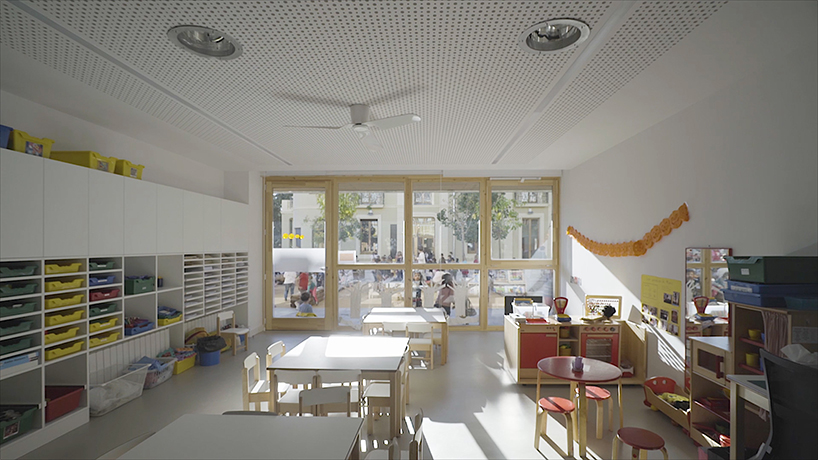 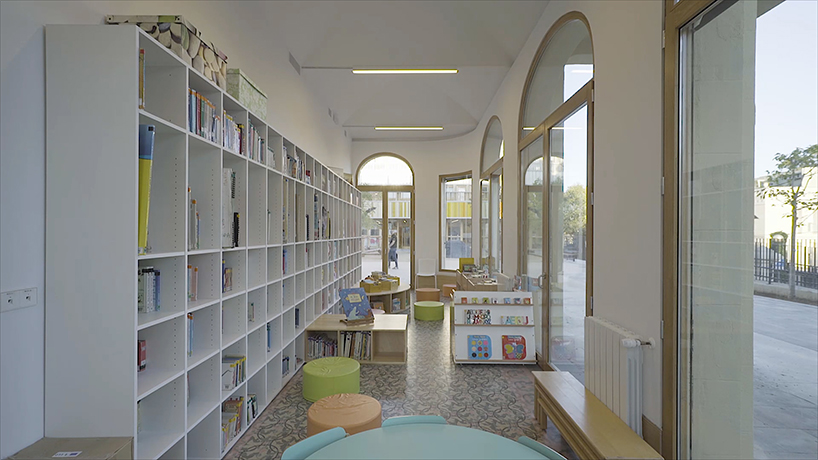 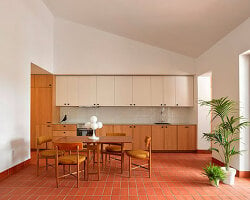 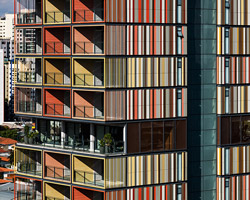 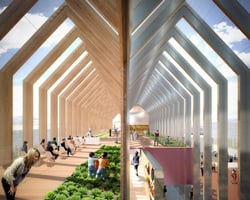 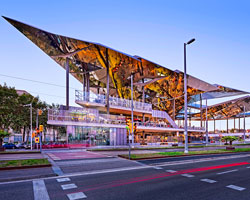 Mar 01, 2021
ODDO architects incorporates round window into the brick exterior of VH house in hanoi
the house consists of three separate brick volumes set above a continuous living space on the ground floor.
architecture
0 shares
connections: +3430