designed by dusseldorf-based architectural office one fine day, ‘haus b’ is located in the town of dreieich, near frankfurt am main, germany. here, the house is embedded in a quite typical suburban settlement that had been developed during the 1960s. today, this settlement depicts both the aesthetics of an increasingly wealthy, yet rather conservative and homogeneous suburban society, and a heavily plural and individualist approach towards the aesthetics of private houses that manifest themselves in a rather eclectic collage of styles since the 1990s. 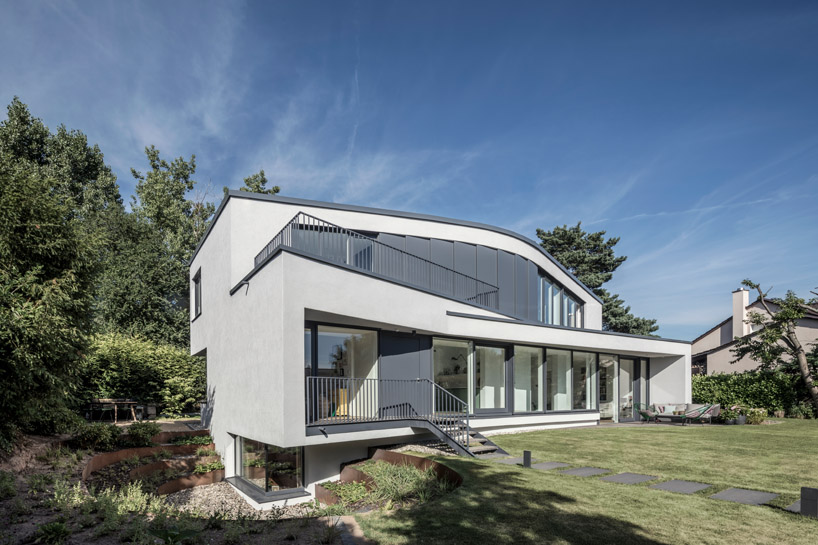 all photos by roland borgmann

one fine day’s house is based on strictly ordered geometrical relations that allow for a certain degree of elasticity to respond to different demands of the client, the place, or the building authority. the building stretches as an elongated volume from northwest to southeast and exploits solar gains protecting the garden from the noisy street at its north side. 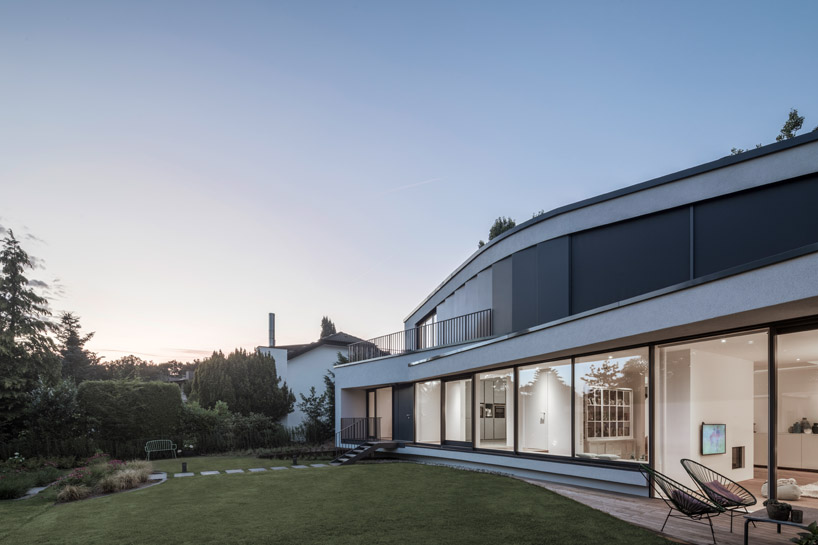 the slightly deformed volume adopts the directions and comparably low heights of the neighboring eave lines. it is then raised at its center in order to softly translate the obliqueness of the neighboring roofs and blend them with the advantages of an explicitly modern flat roof. 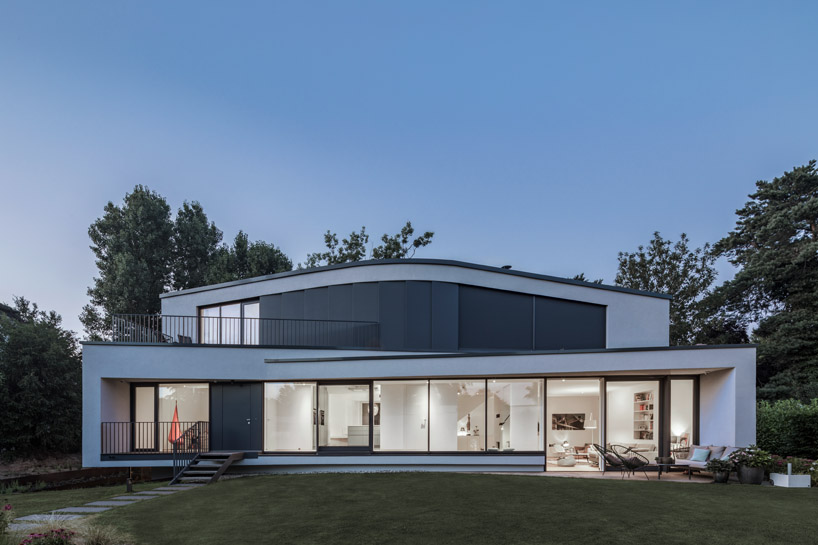 the house’s south façade has to serve several important, yet contradictory functions at once — it has to be inviting and representative as it organizes the casual cohabitation of an everyday family life. here, the exploration of different outside spaces, such as the porch, the terrace that enlarges the adjacent living room, the roof terrace that completes the master bedroom and the roof garden in front of the children’s rooms used for strengthing the connection of the house and garden as well as defining the building’s boundaries. 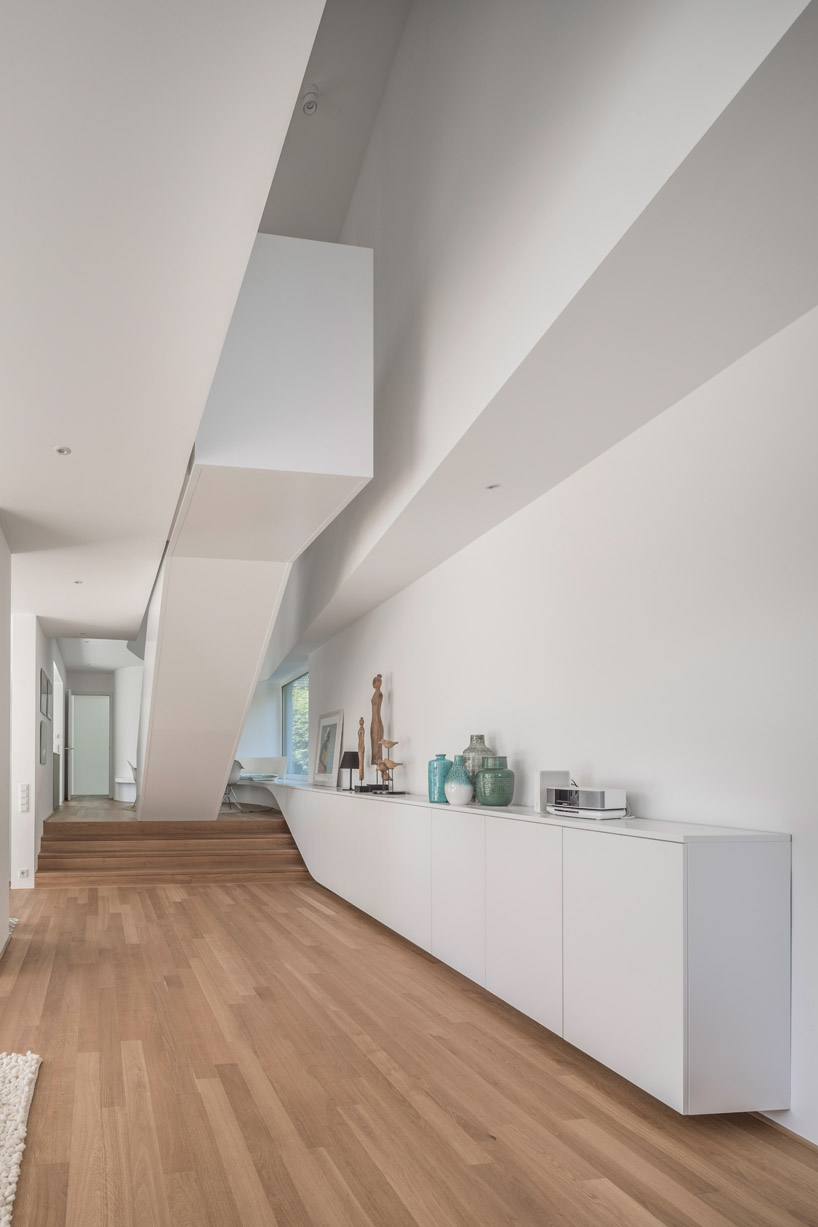 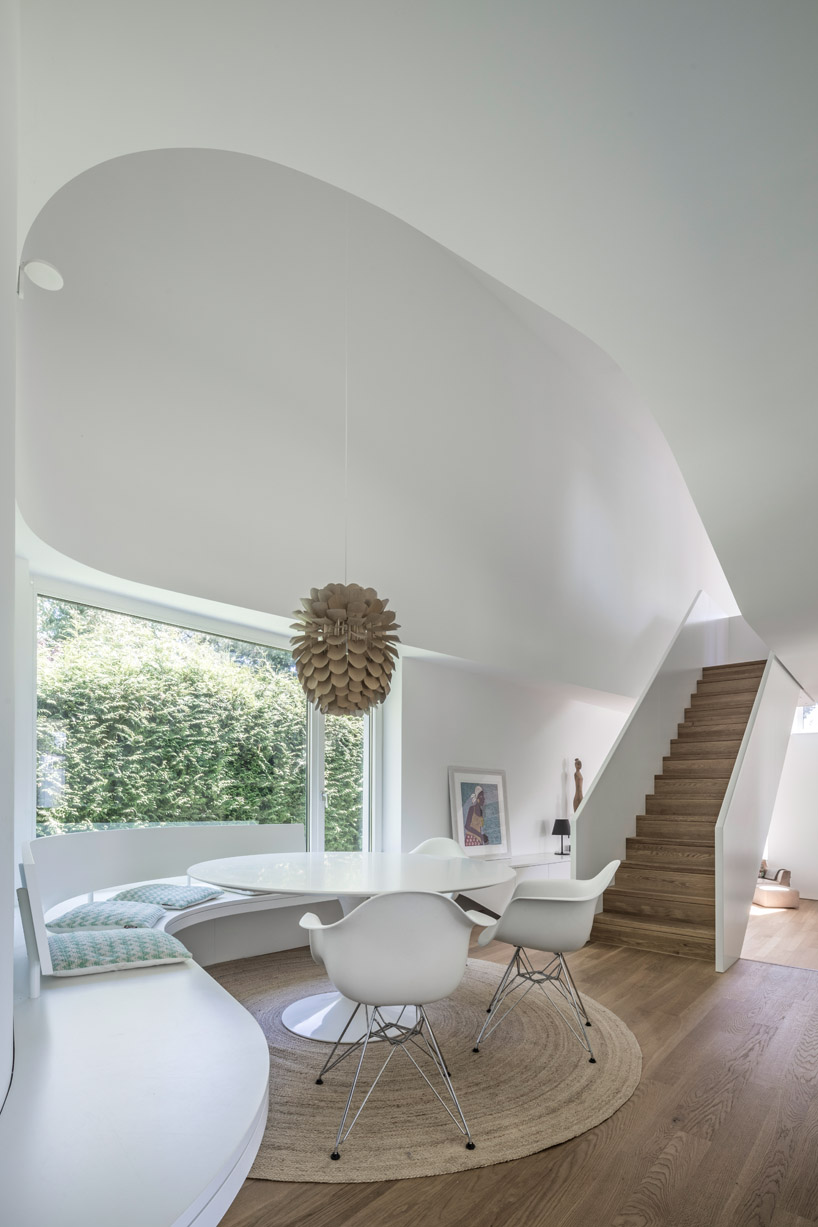 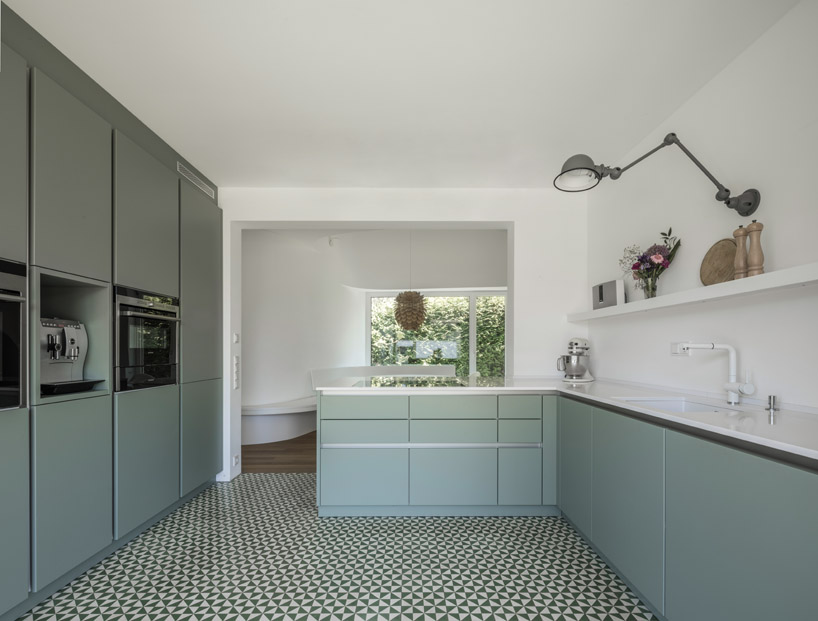 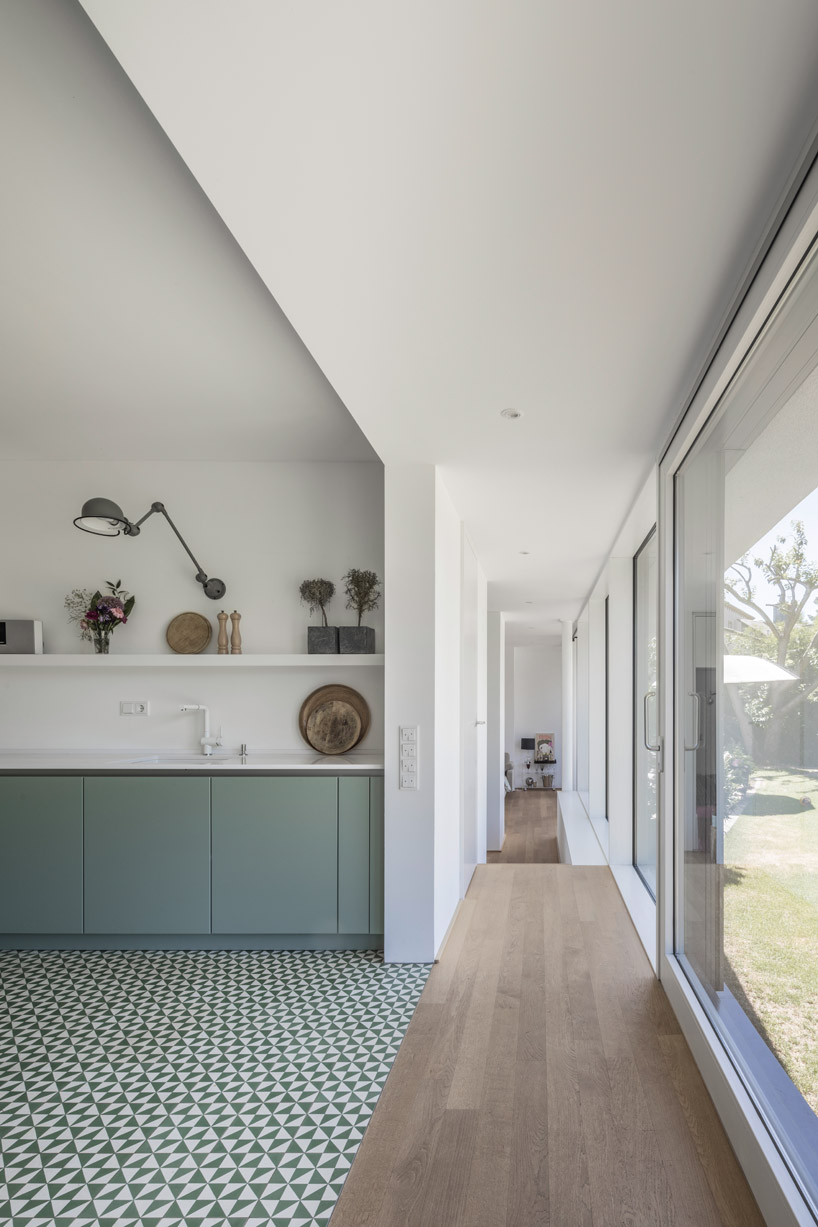 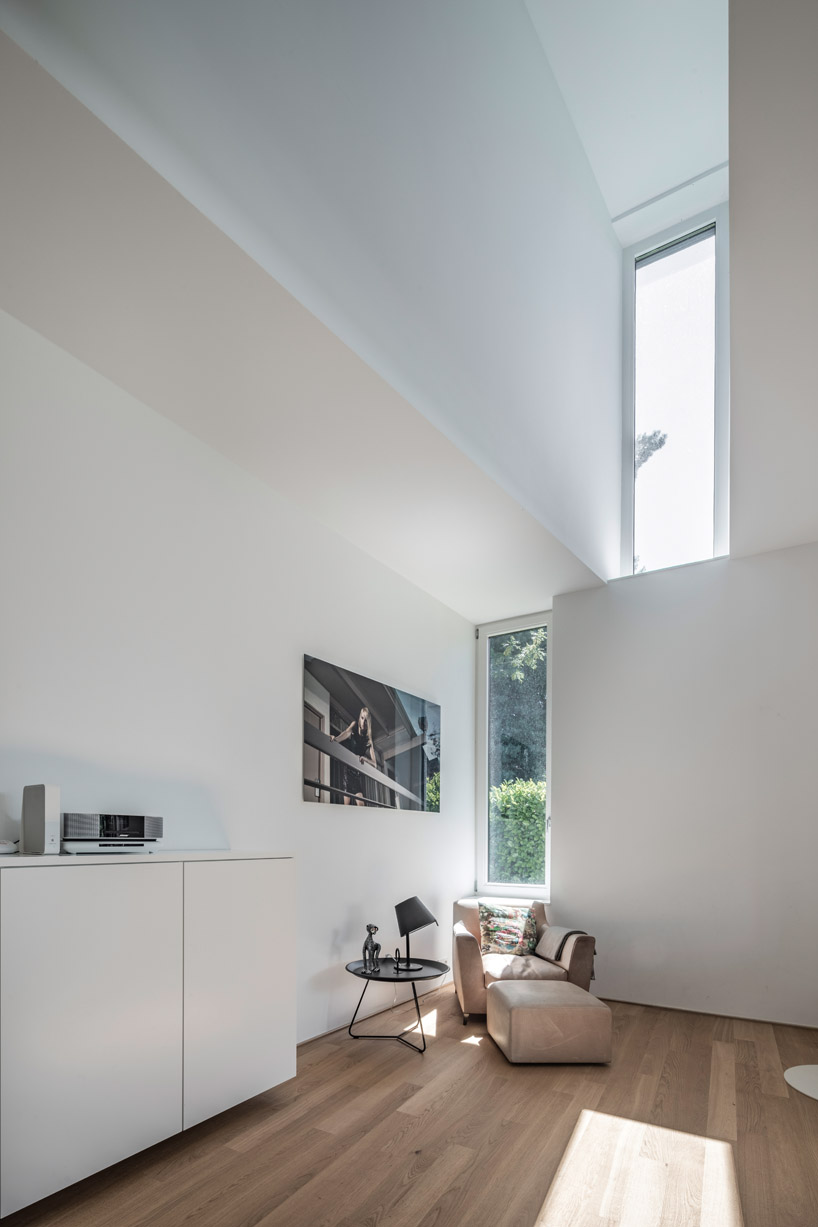 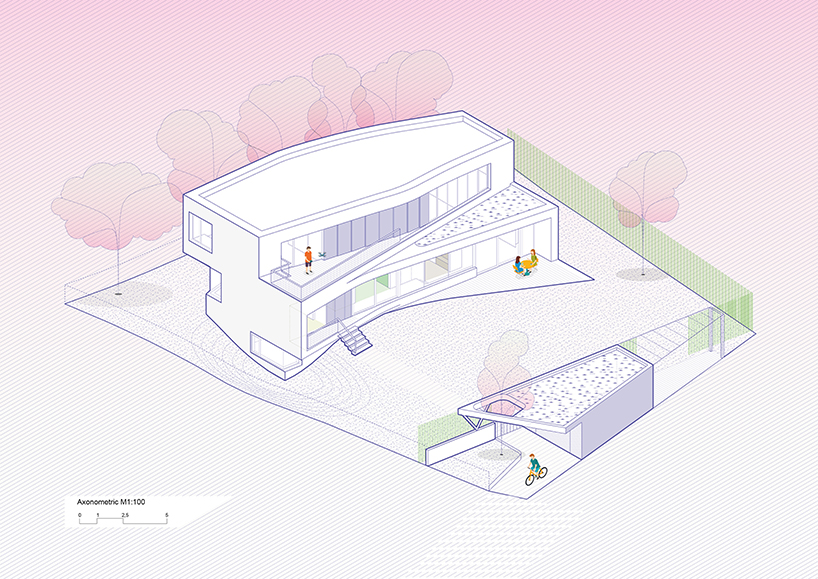 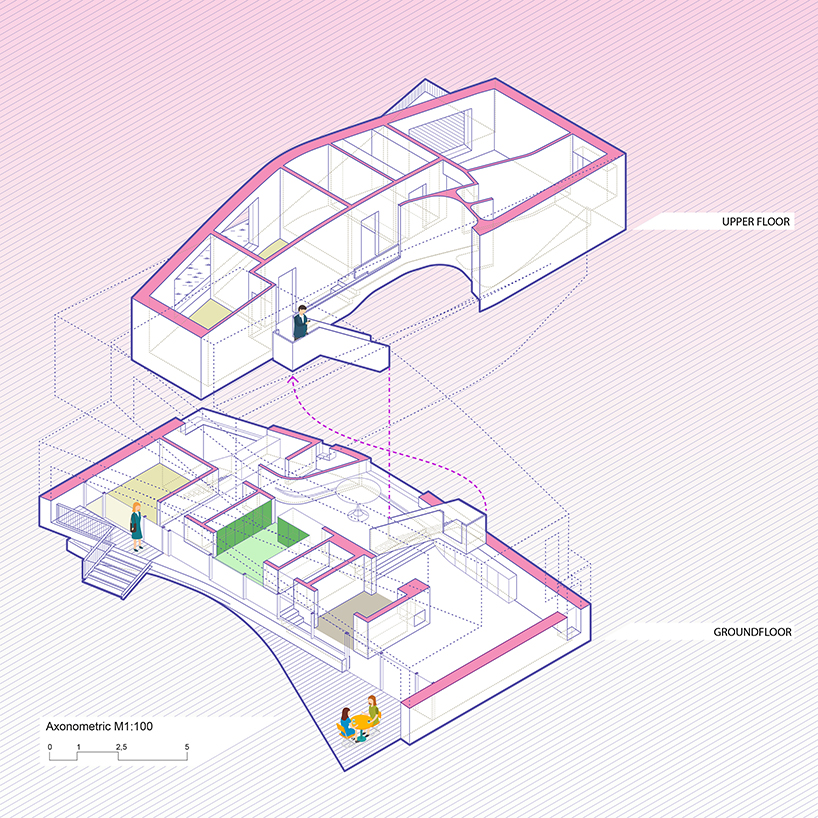 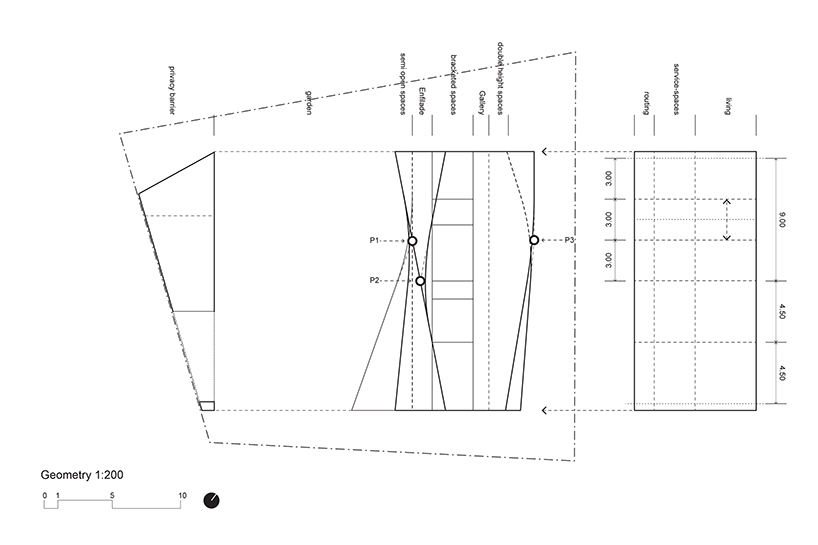 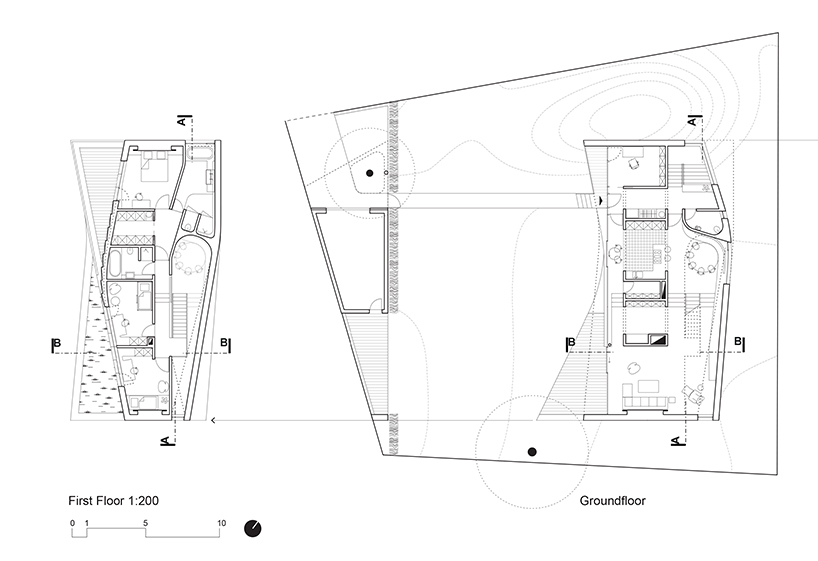