‘one vanderbilt’, conceived by architects kohn pedersen fox as ‘a 21st century successor to rockefeller center’, is a skyscraper planned for midtown manhattan in new york. encompassing an entire block adjacent to grand central terminal, flanked by madison and vanderbilt avenues as well as 42nd and 43rd streets, the 1,401 foot (427 meter) structure will be the second tallest building in the city.

at 58 storeys, the KPF-designed ‘one vanderbilt’ will feature column-free workspaces that afford city views through floor-to-ceiling windows. the development will also provide direct underground access to grand central terminal where the future long island railroad’s east side access project will connect long island commuters to east midtown. in addition, realty corporation SL green will invest $220 million USD in public transit upgrades in and around the station. with the tower’s vertical construction set to begin in the second quarter of 2017, two exclusive new videos have been released featuring partnership for architecture and urbansim architect vishaan chakrabarti and jamie von klemperer of KPF.

vishaan chakrabarti discusses ‘one vanderbilt’ and the surrounding urban fabric

‘formally, the massing is comprised of four interlocking, tapering volumes that spiral up to the sky,’ explains kohn pedersen fox. ‘this shape creates an elegant proportion sympathetic to nearby chrysler building. at the base, a series of angled cuts organize a visual procession to grand central terminal, revealing the vanderbilt corner of its magnificent cornice — a view which has been obstructed for nearly a century.’ 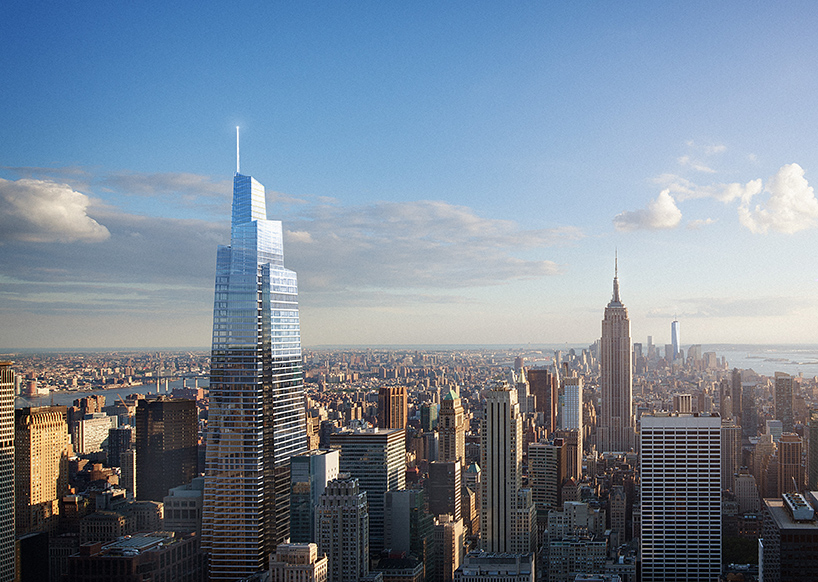 the development includes an active urban base with a new transit hall on the north-east corner of the site: a grand stairway connects the transit hall to grand central concourse level B1, a further escalator continues to dining level B2, and a final escalator leads to the new east side access. ‘one vanderbilt’ currently has a slated completion date of 2020. 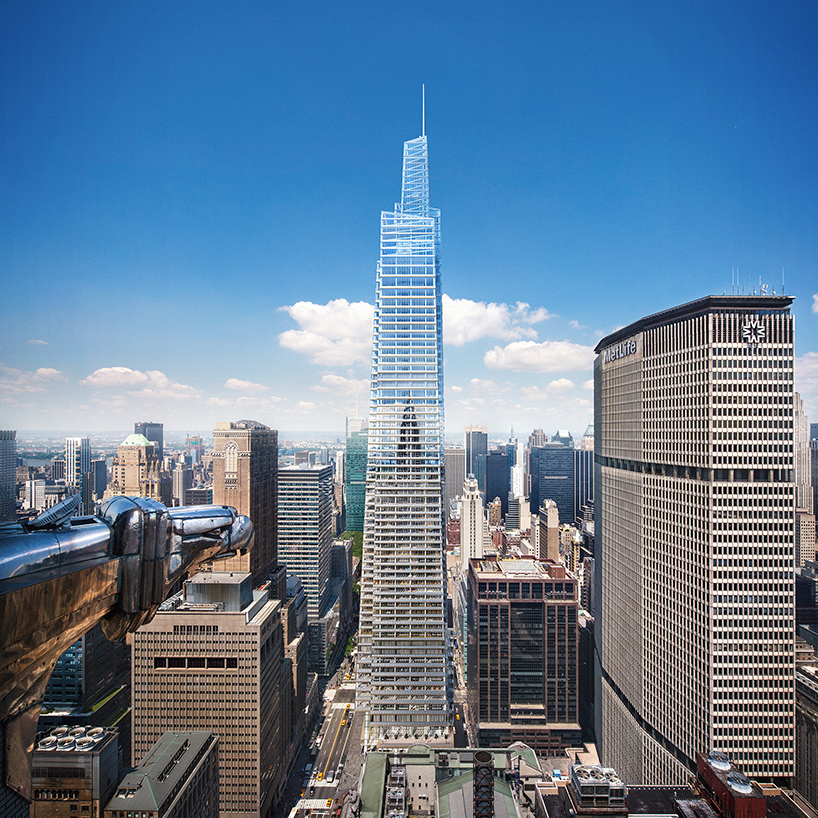 the tower is positioned opposite grand central terminal 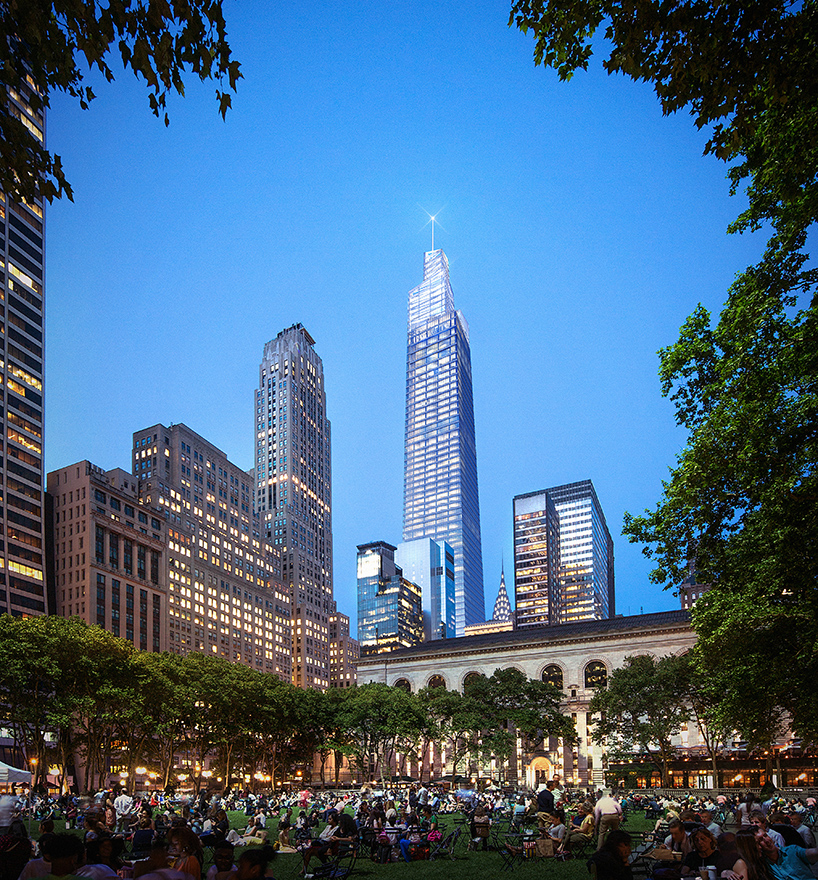 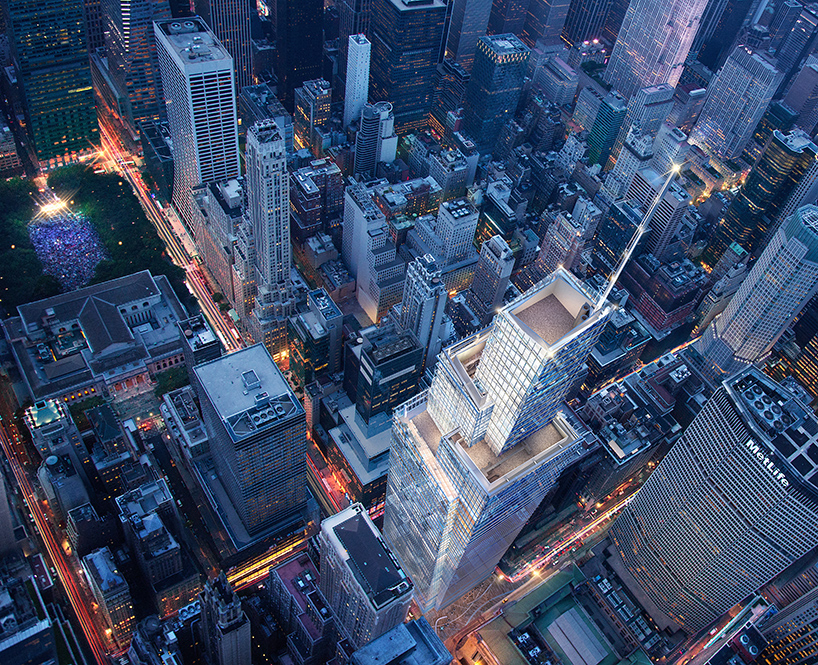 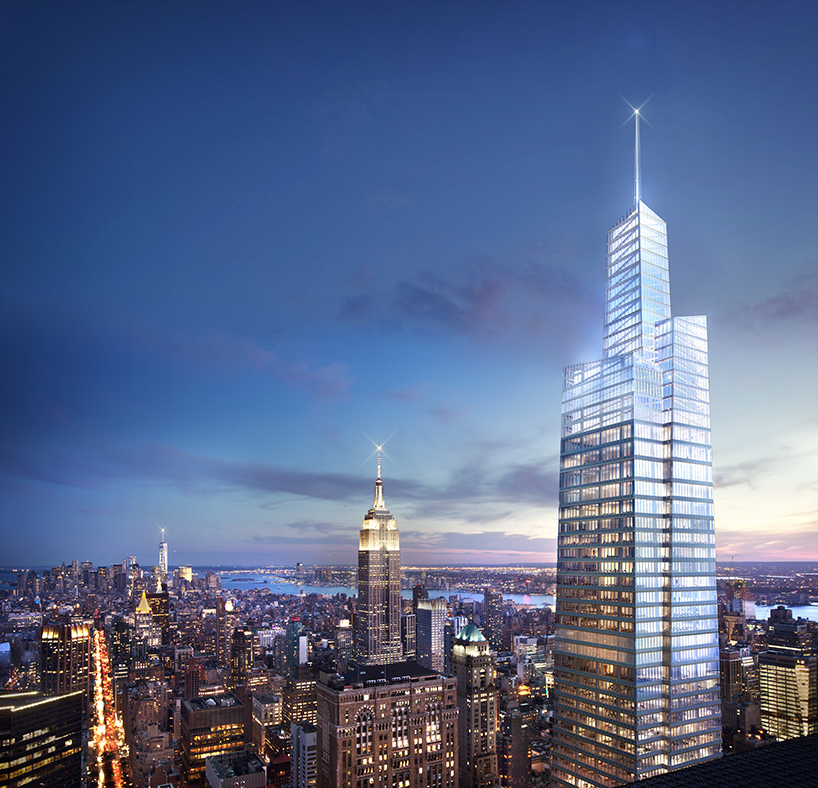 ‘one vanderbilt’ has a slated completion date of 2020