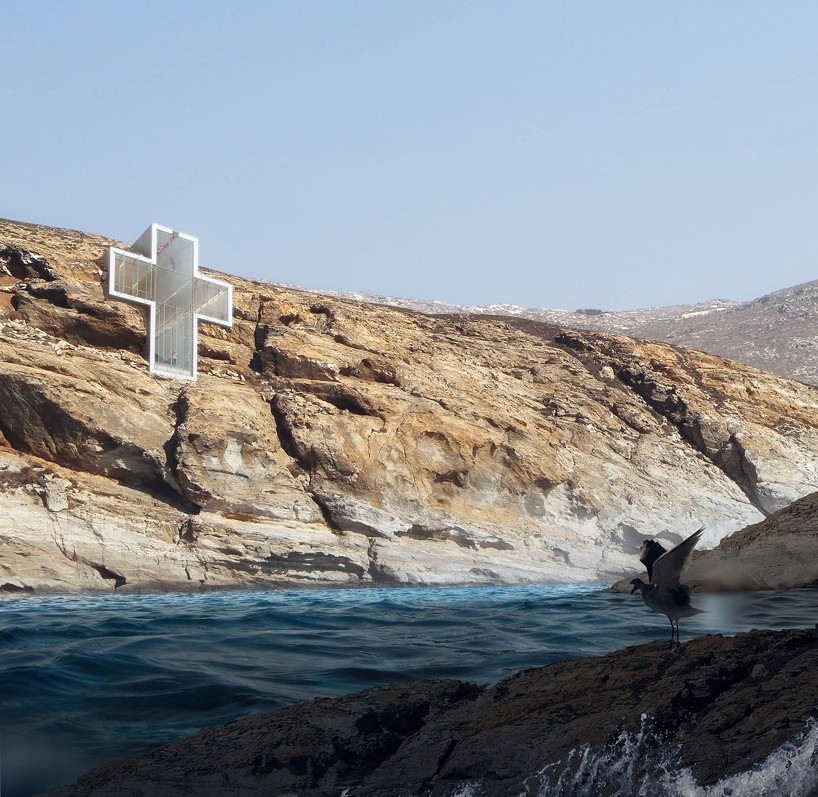 greek-based OPA (open platform for architecture) has conceptualized the ‘chapel of the holy cross’, a religious building that translates symbolism, tradition and belief into space with a materiality based on the simplicity and harmony of contemporary architecture. proposed for the island of serifos in greece, it possesses a single cliff façade that faces the aegean sea, positioning the view to the sea. the ‘chapel of the holy cross’ is a complete, evocative study of aesthetics, structure, function and engineering enhanced by tradition waiting for realization. 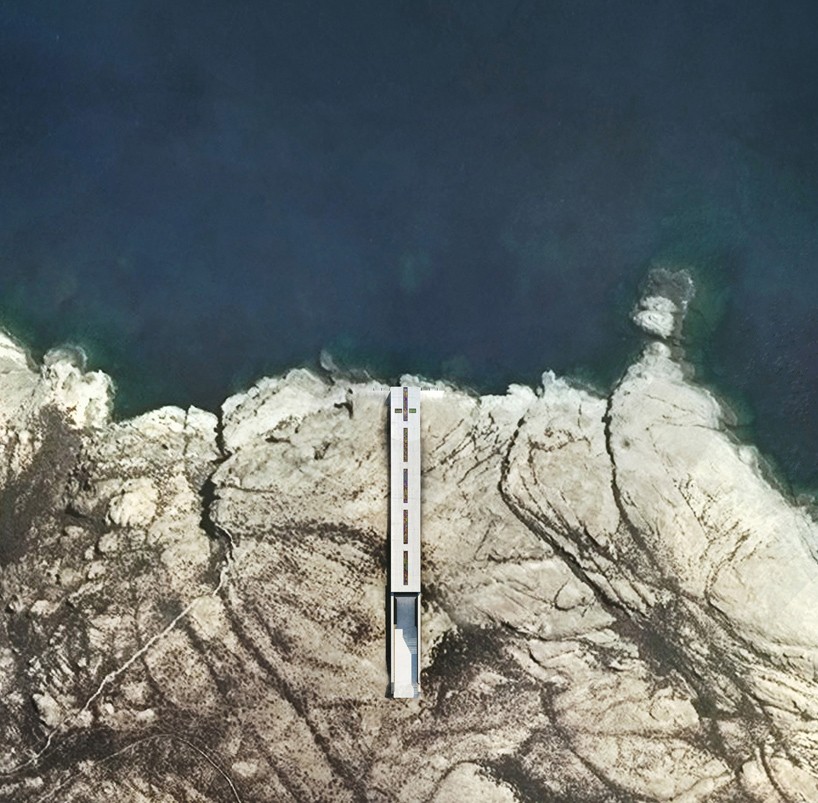 the optical impact of the building on the landscape is minimal, with only one façade on the cliff side

the chapel is defined by an extruded cross that creates the space, organized in three levels. the idea of integrating this religious symbol in church architecture is not new, yet never before has it been realized in a vertical orientation. to this date, the cross has only been incorporated in a horizontal orientation in the design of cross-shaped floor plan churches (cross-in byzantine rhythm). apart from this historical use, cross-shaped openings are also used as illuminating features on the walls of several contemporary chapels. 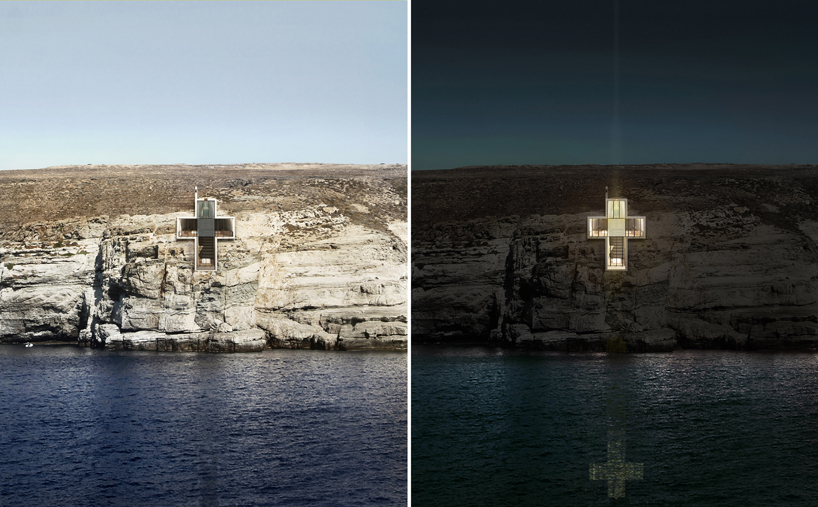 at nighttime, the illuminated chapel is visible from a distance, functioning also as a lighthouse

such as with all underground buildings, the chapel benefits from the thermal insulation of the surrounding ground to achieve a temperature stable environment. the optical impact of the building on the landscape is minimal, with only one façade on the cliff side and the integrated bell-tower extruding from the ground level. at nighttime, the illuminated chapel is visible from a distance, functioning as a lighthouse. 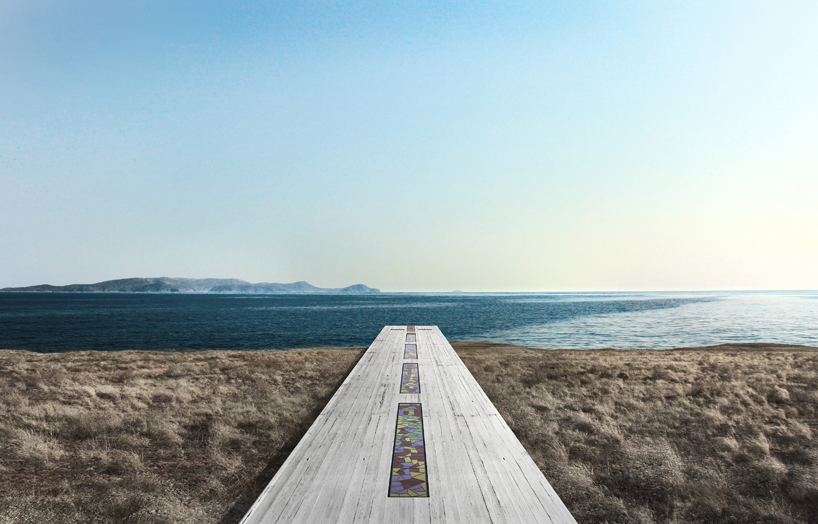 eastern light penetrates the chapel through the front façade and the tinted stained glass that runs along the spine of the building, culminating to the western façade with the rotating wooden door. the dynamic light patterns embrace the bare concrete with colorful refractions, paying homage to le corbusier’s ‘ronchamp’ church and tadao ando’s ‘church of light’. after passing the wide, cross-engraved rotating door you encounter a floor-to-ceiling view of the sea. 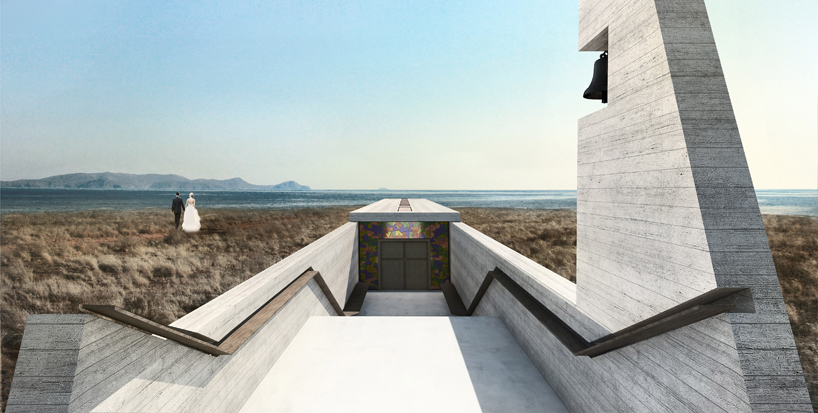 the ‘chapel of the holy cross’ is a complete, evocative study of aesthetics, structure, function and engineering

the ‘chapel of the holy cross’ is an unbuilt vision that seeks for an investor or ambitious contributors to finance its construction. For any interest, please refer to OPA.

an integrated bell-tower extrudes from the ground level 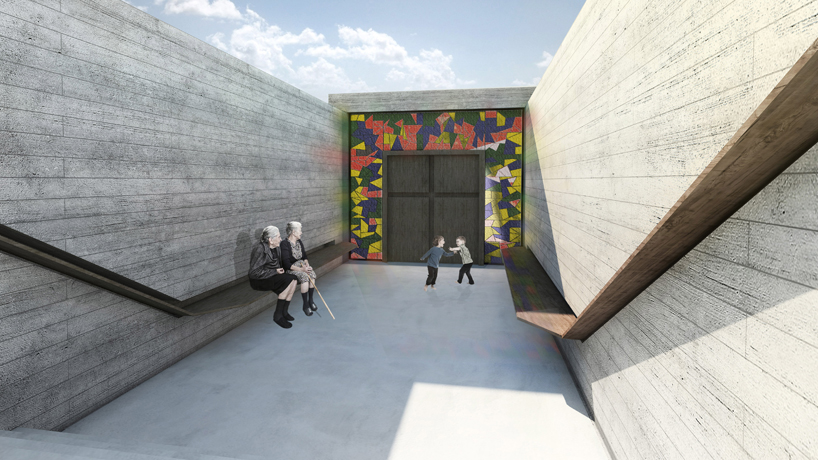 tainted glass runs along the spine of the bulding, culminating in the western façade with the rotating wooden door 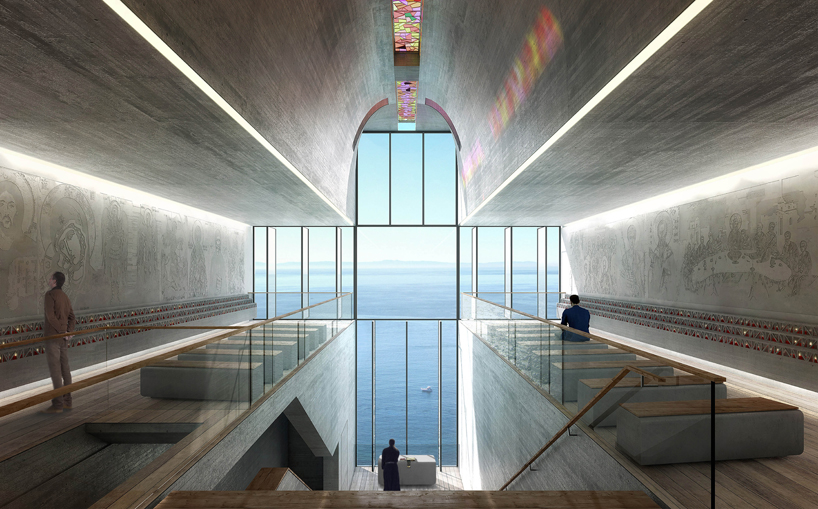 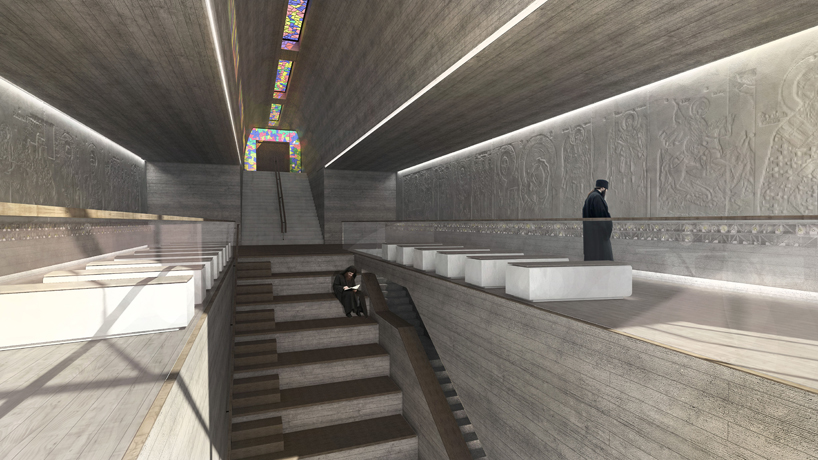 the chapel is constructed with simple materials: wood, glass and concrete that converge the surrounding earth 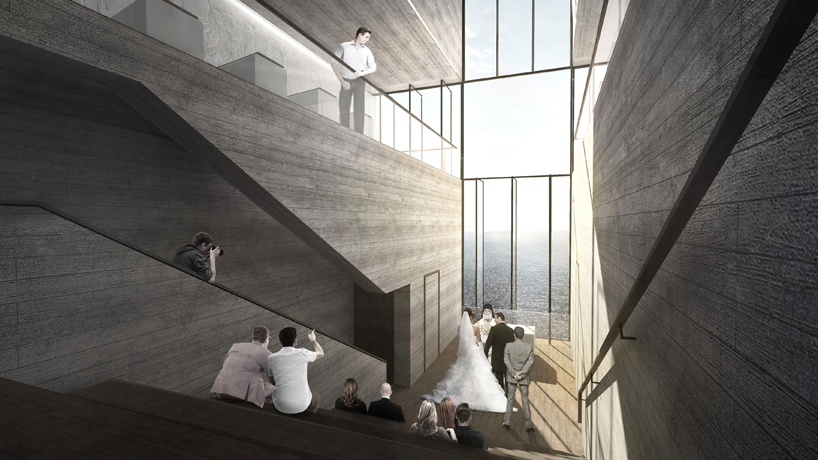 the chapel is defined by an extruded cross that creates the space, organized in three levels 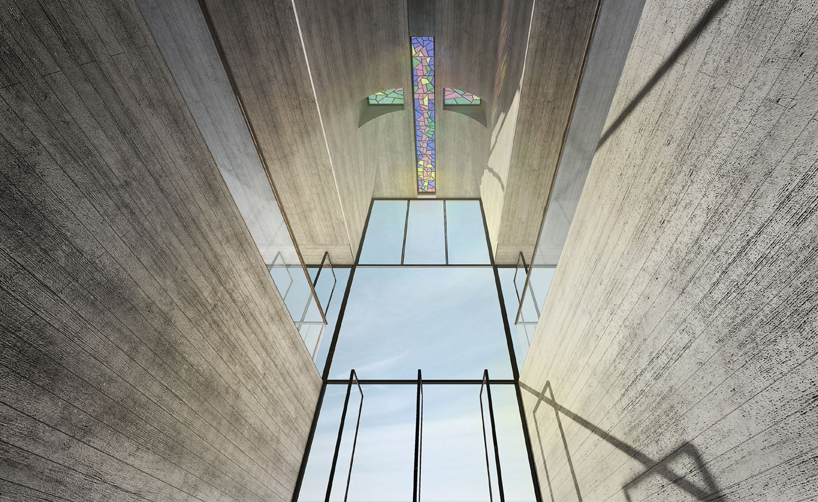 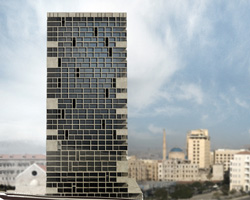 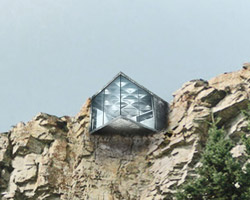 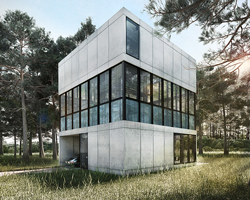 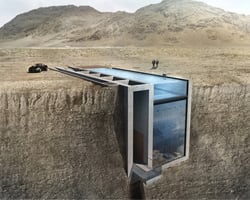 Sep 14, 2021
interview: DECA discusses its landscapes and underground architecture in greece
designboom speaks with DECA architecture to learn more about its many works that are sensitively carved into the coastline of greece.
architecture
246 shares
connections: +460