openideas conceives ‘hive’ as an adaptable and sustainable dwelling in the city of surat, india. the form of the house is influenced by the profession of the client who is engaged the production of machinery for the diamond industry. the architectural presence is defined by the solar sensor-based façade, which lies at the intersection of art and engineering. its geometry is inspired by the hexagonal structural patterns found in nature such as those of honeycombs and carbon crystals, lending to the namesake of the project. 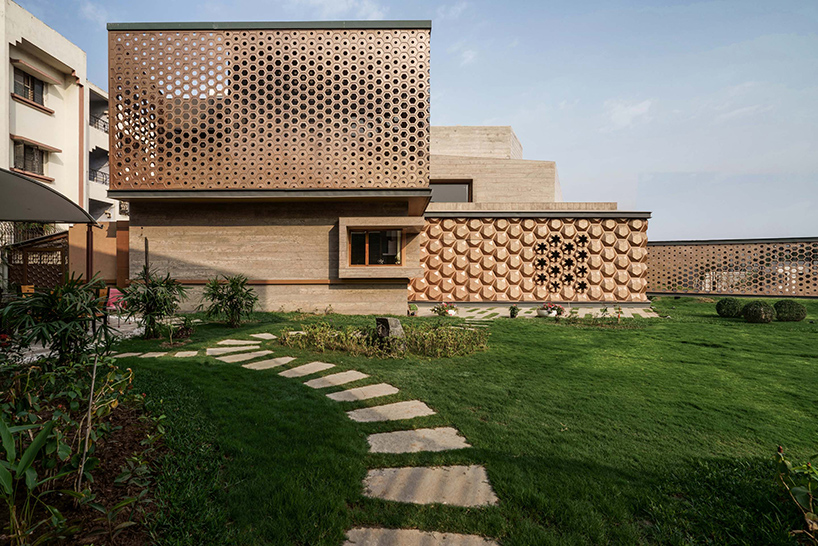 indian studio openideas generates the expressive façade of ‘hive’ based on structural strength, transformability and bio-mimicry. the unique opening mechanisms of the facade are responsive to light exposure, controlling light and thermal comfort levels inside the house. toward the interior, the modules create an elaborate atmosphere of patterned shadowing that changes with the passing sun. the interior is organized to remain open and fluid, both in plan and volume. devoid of dividing partition walls, the fluid spaces on the ground floor are organized to divide the public, private, and semi-private zones. this is achieved through modulations in the outer envelope together with a bespoke, sculptural vestibule at the entrance. 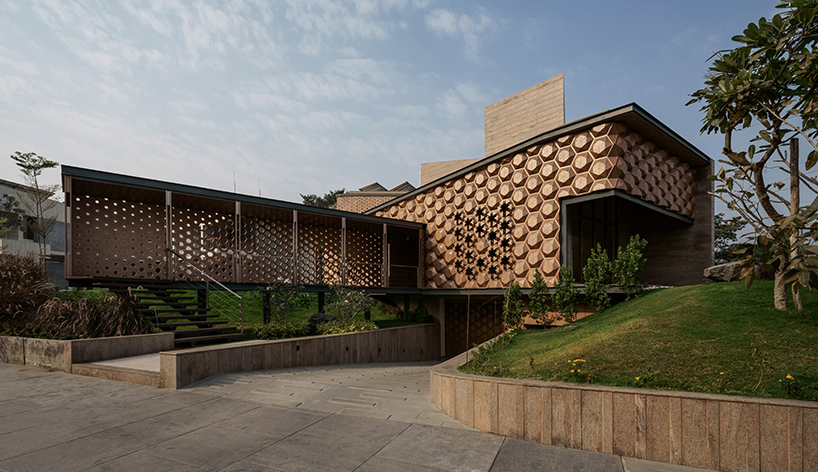 the design team comments that the inspiration for the envelope of ‘hive’ was found in small, everyday objects. while the façade mechanism took influence from the doors of airport buses, the structure of the stair — which spans seven meters with a thickness of 38 mm — was taken from the structural formation of hexagonal dia-grid commonly seen in ikea furniture pieces. similarly, the movement of radio antennae informs the window opening mechanisms, and the ‘khadki door’ system, a door within a door, is replicated in the entrance. 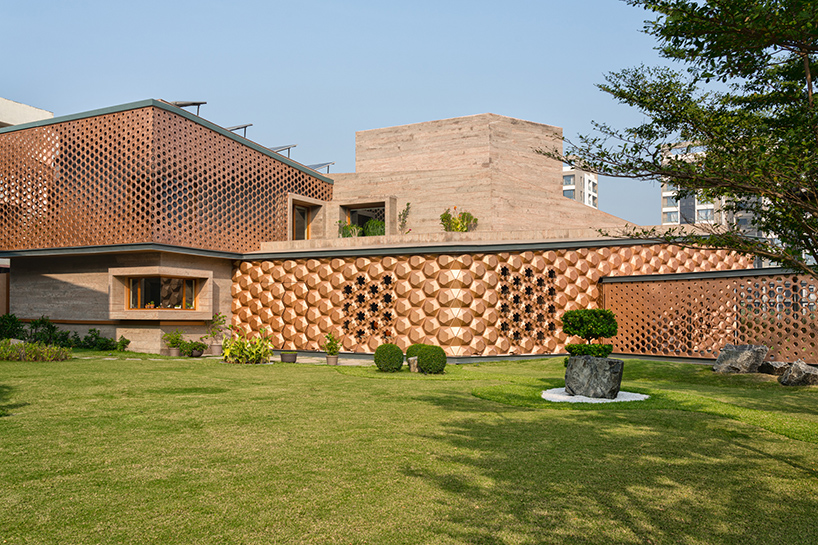 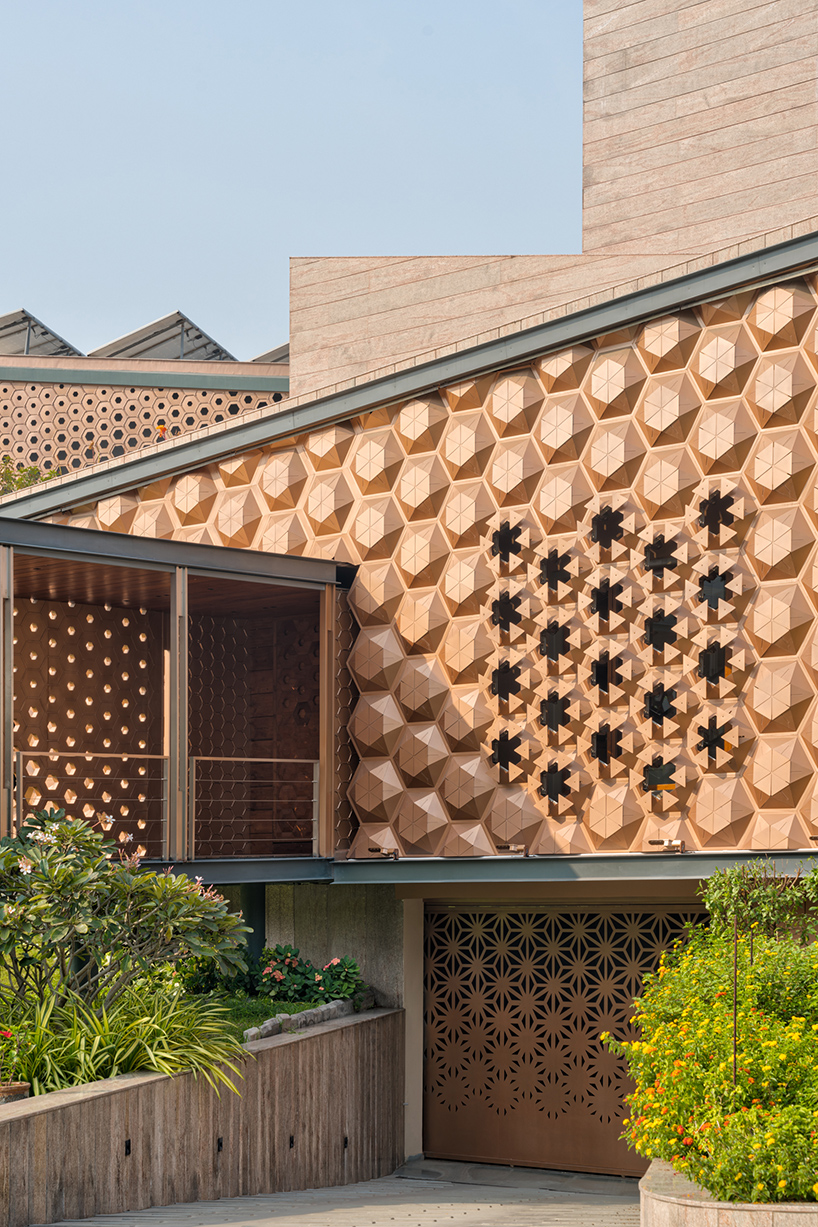 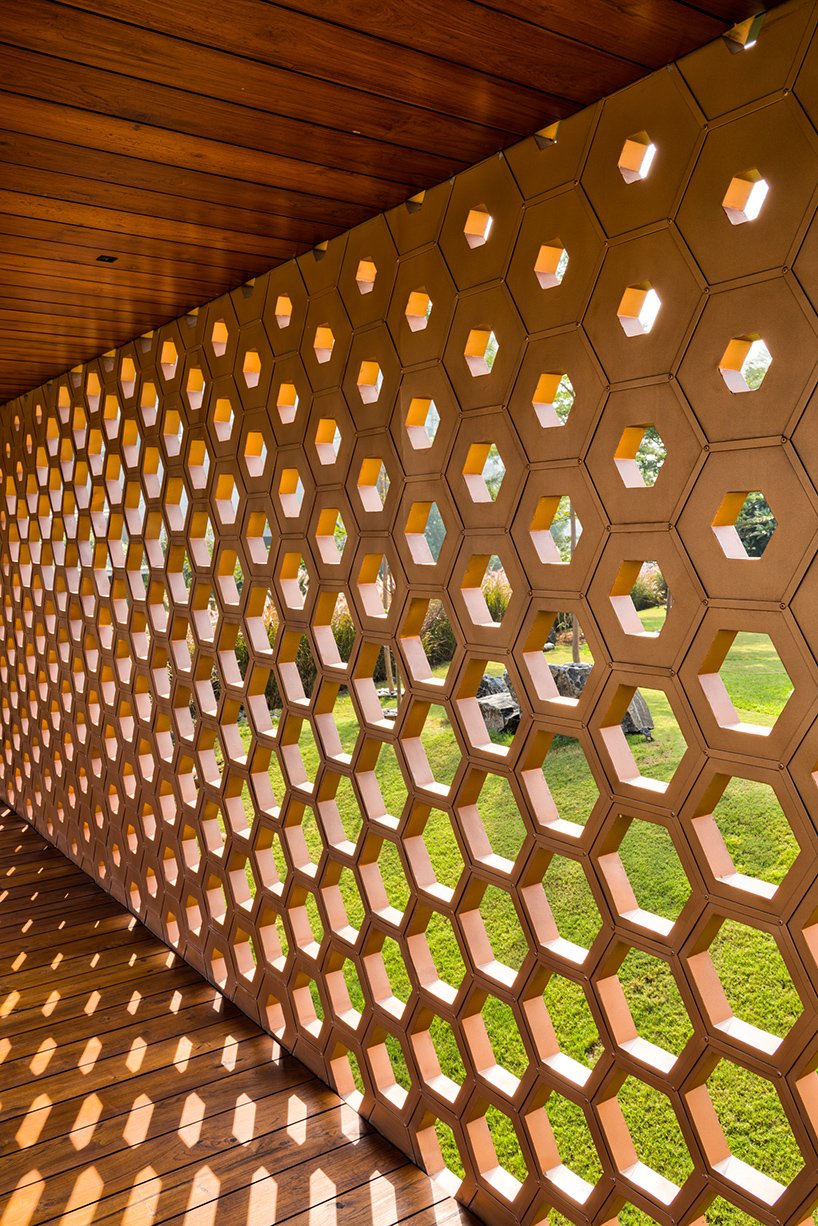 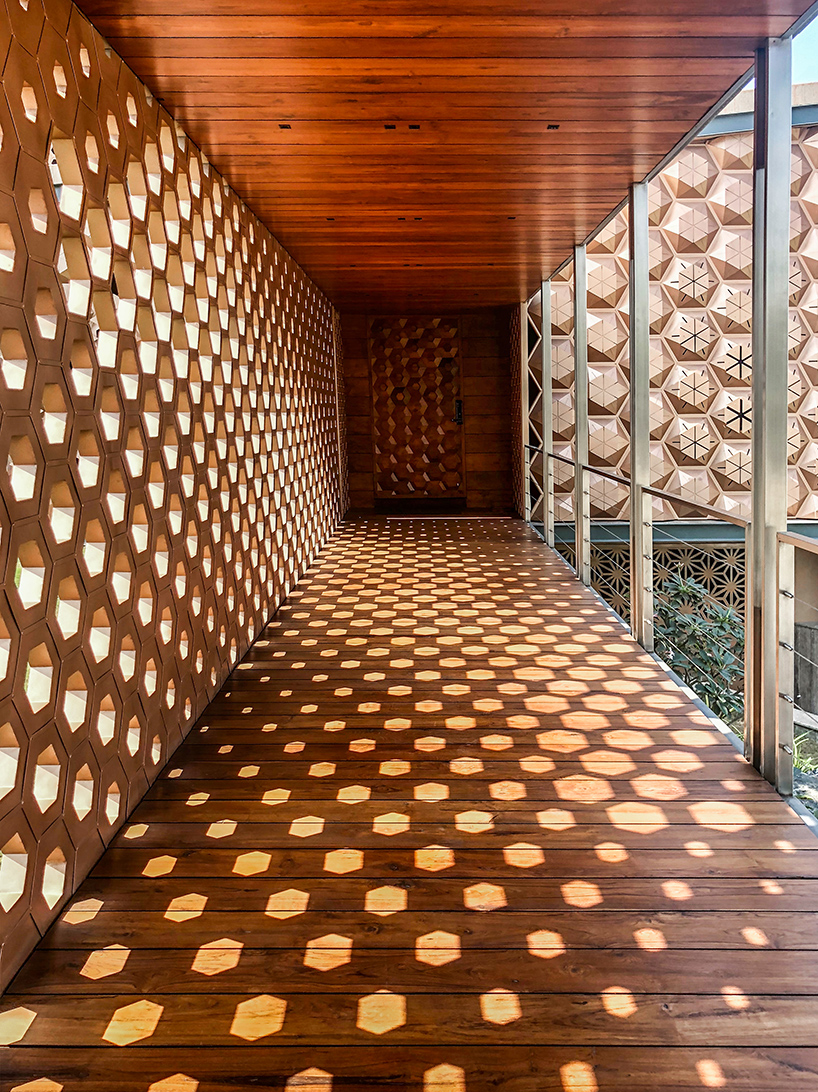 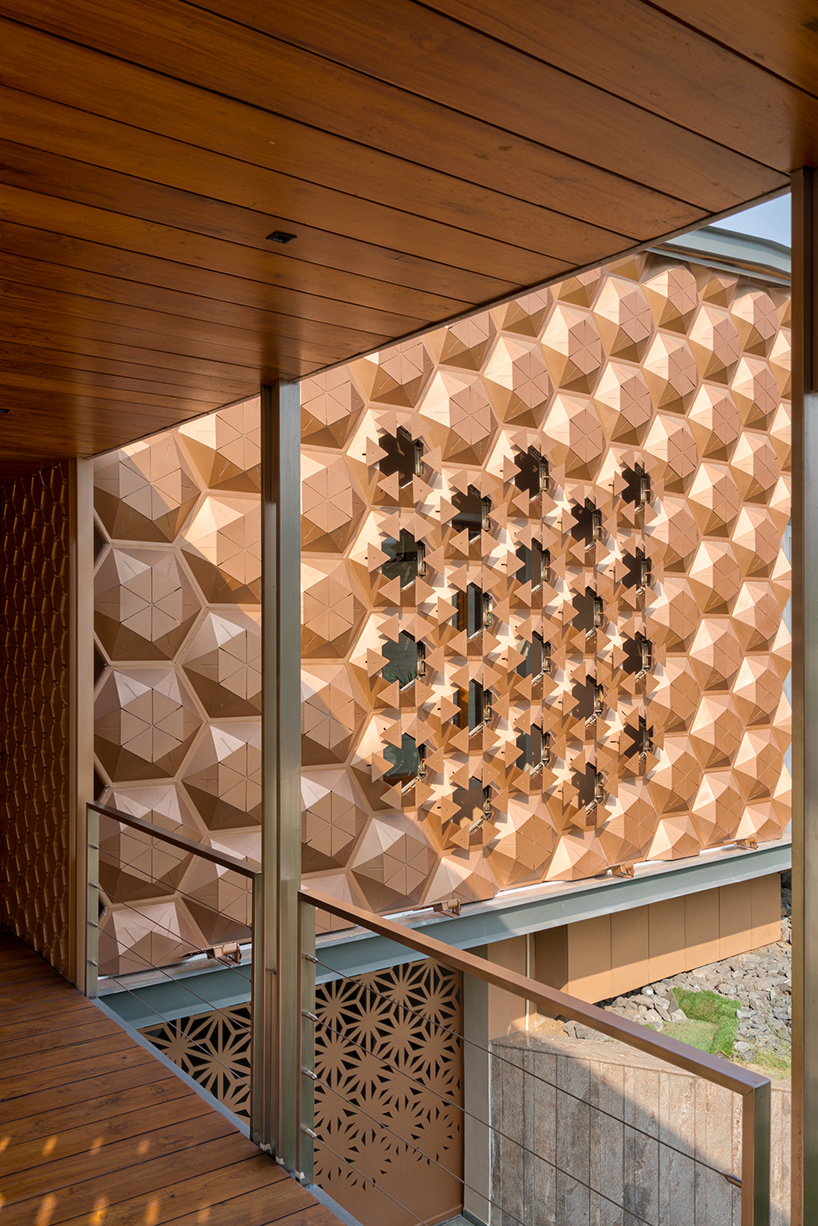 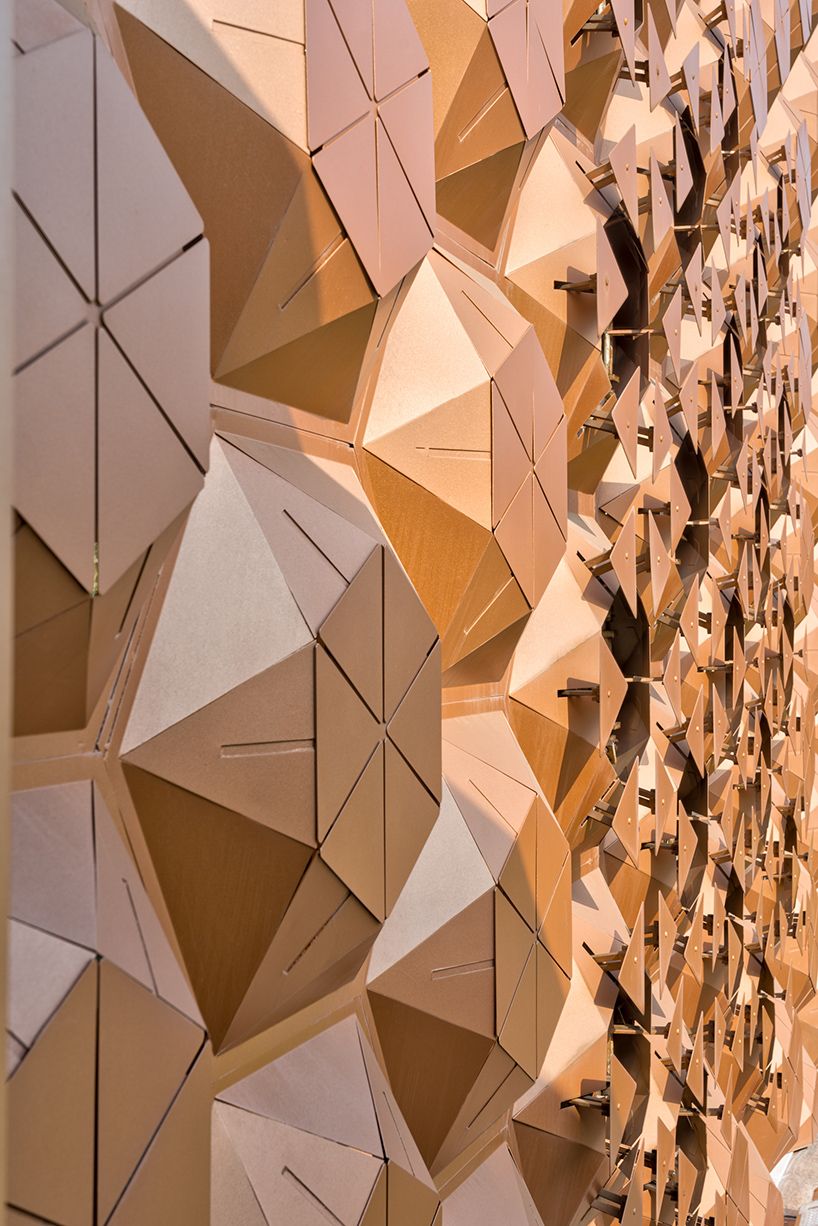 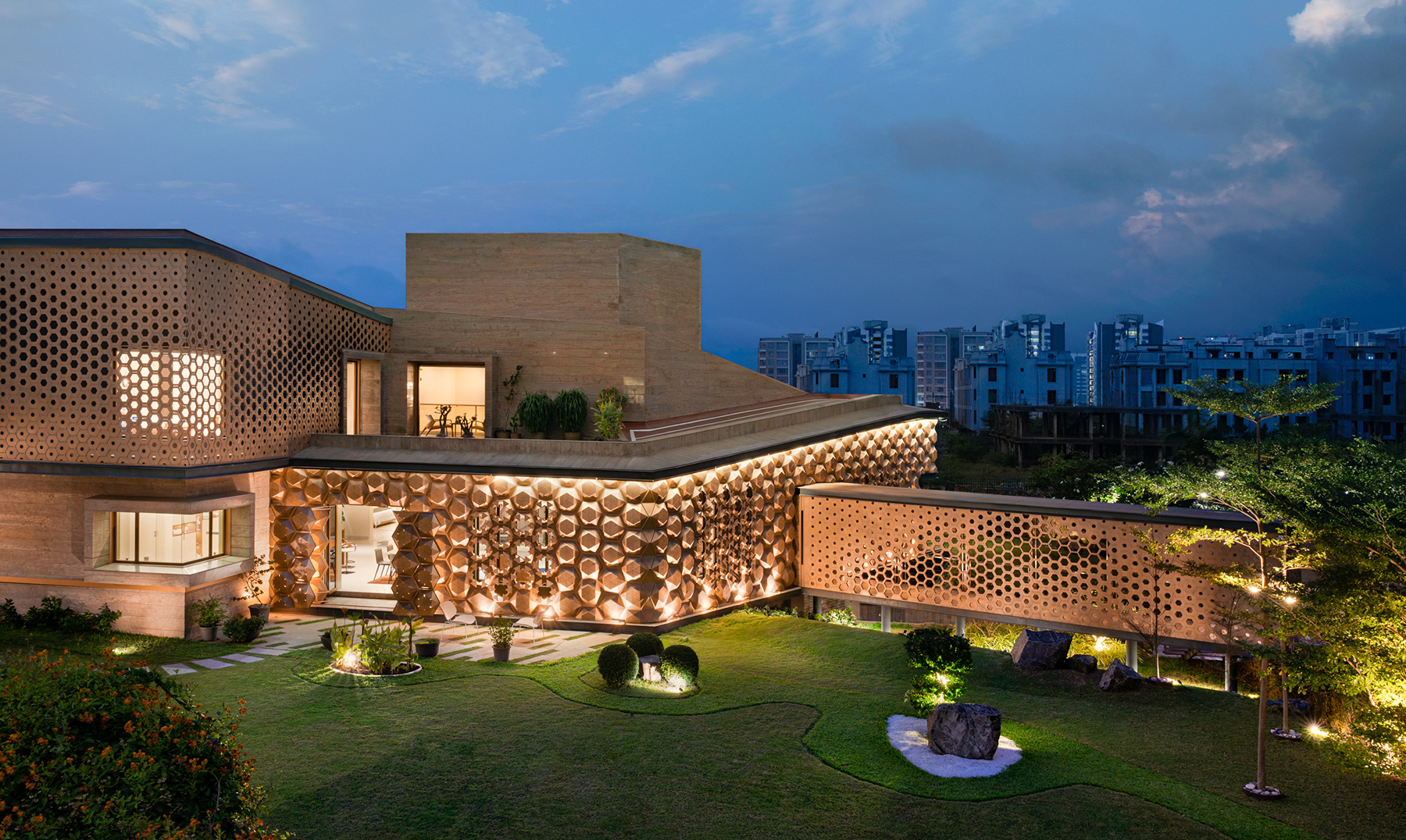 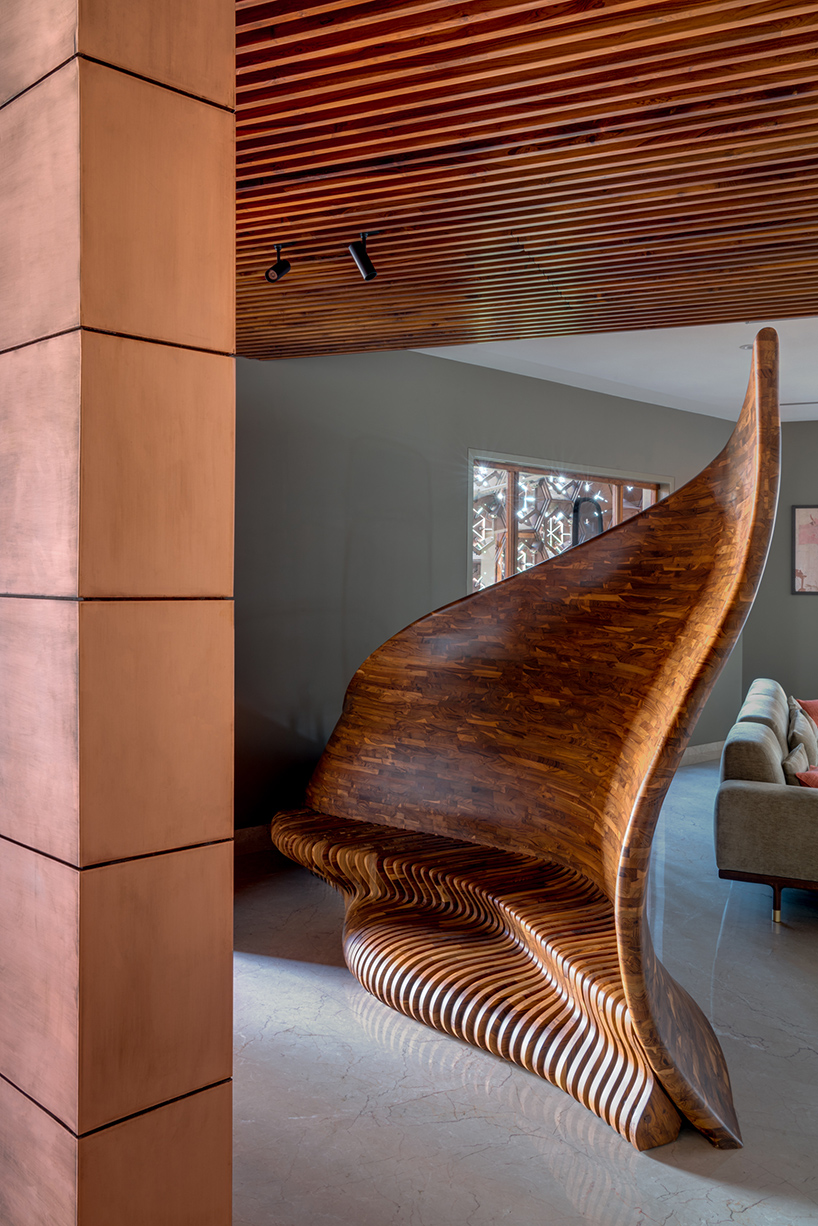 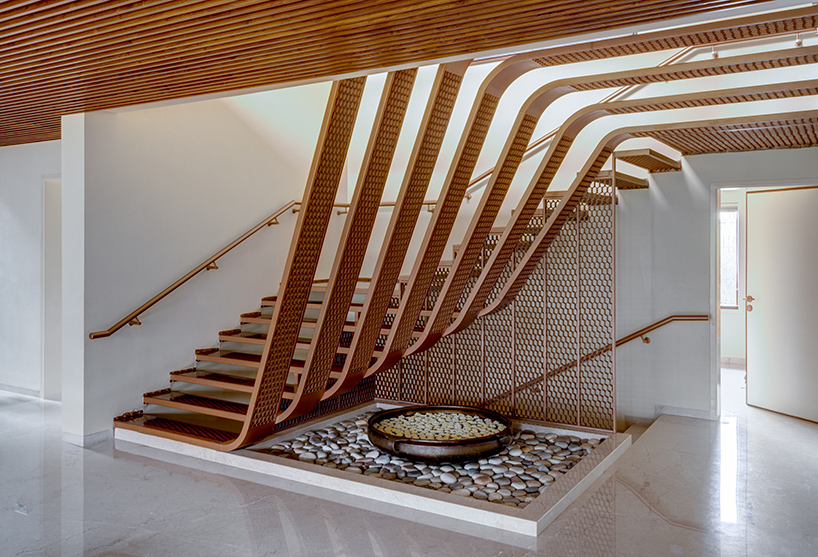 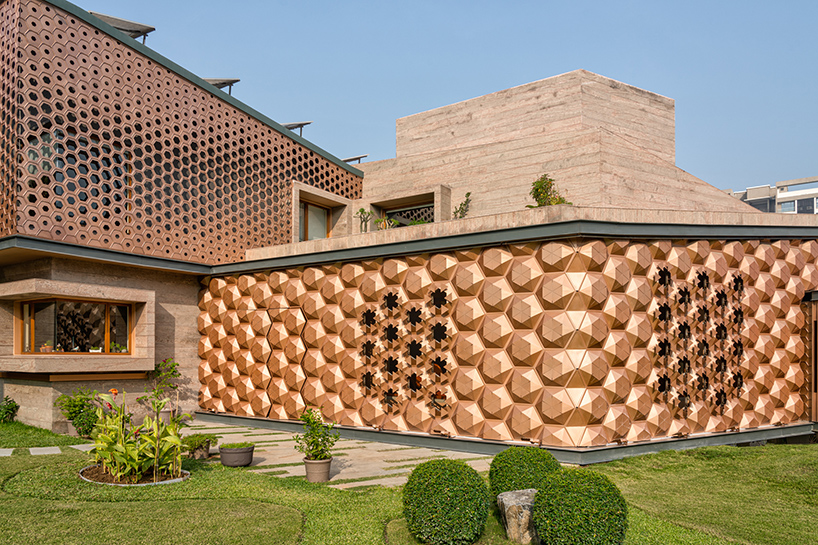 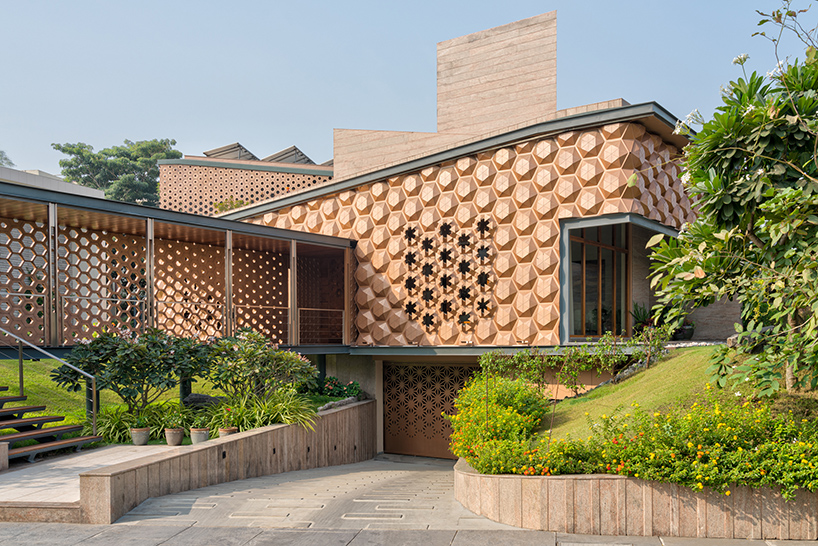 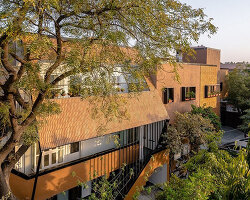 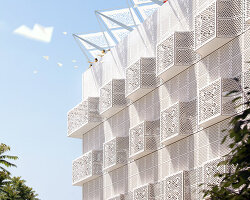 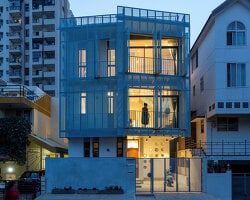