in reaction to the storm on the united states capitol on january 6th, 2021, opposite office has imagined a dystopian version of the US government building, one which is heavily fortified by a 1.5-meter wide wall. the concept is called ‘capitol castle’ and it intends to draw attention to the threats facing western democracies. 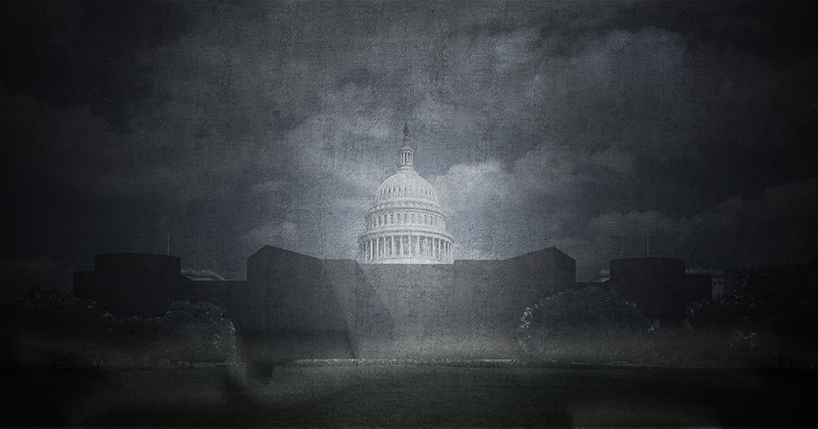 on wednesday, (january 6th, 2021) the world collectively gasped in horror as a mob of donald trump supporters managed to breach security and storm the US capitol building in washington, DC. incited by comments made by trump during an earlier rally, violent rioters stormed the US seat of democracy and occupied parts of the building for several hours. marking a dramatic rock bottom of donald trump’s reign, the riot has resulted in at least four deaths. 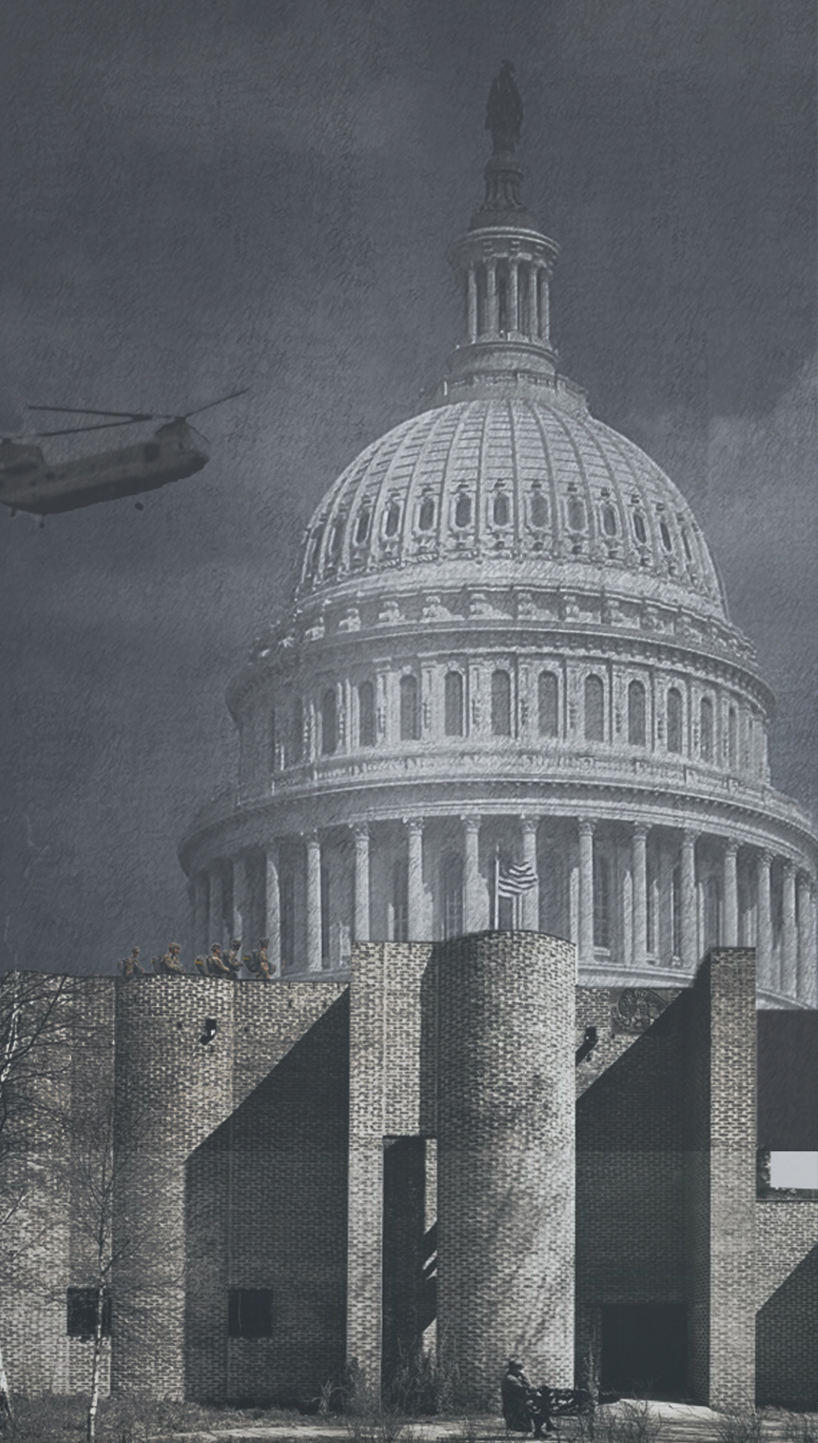 to give expression to this drama, opposite office has remodeled the capitol and built a fortress around it. a 1.5-meter wide wall is added to the structure to protect the existing building. this symbolic conversion seeks to highlight the general problem of democratic systems that are facing populism, right-wing nationalism and fake news. 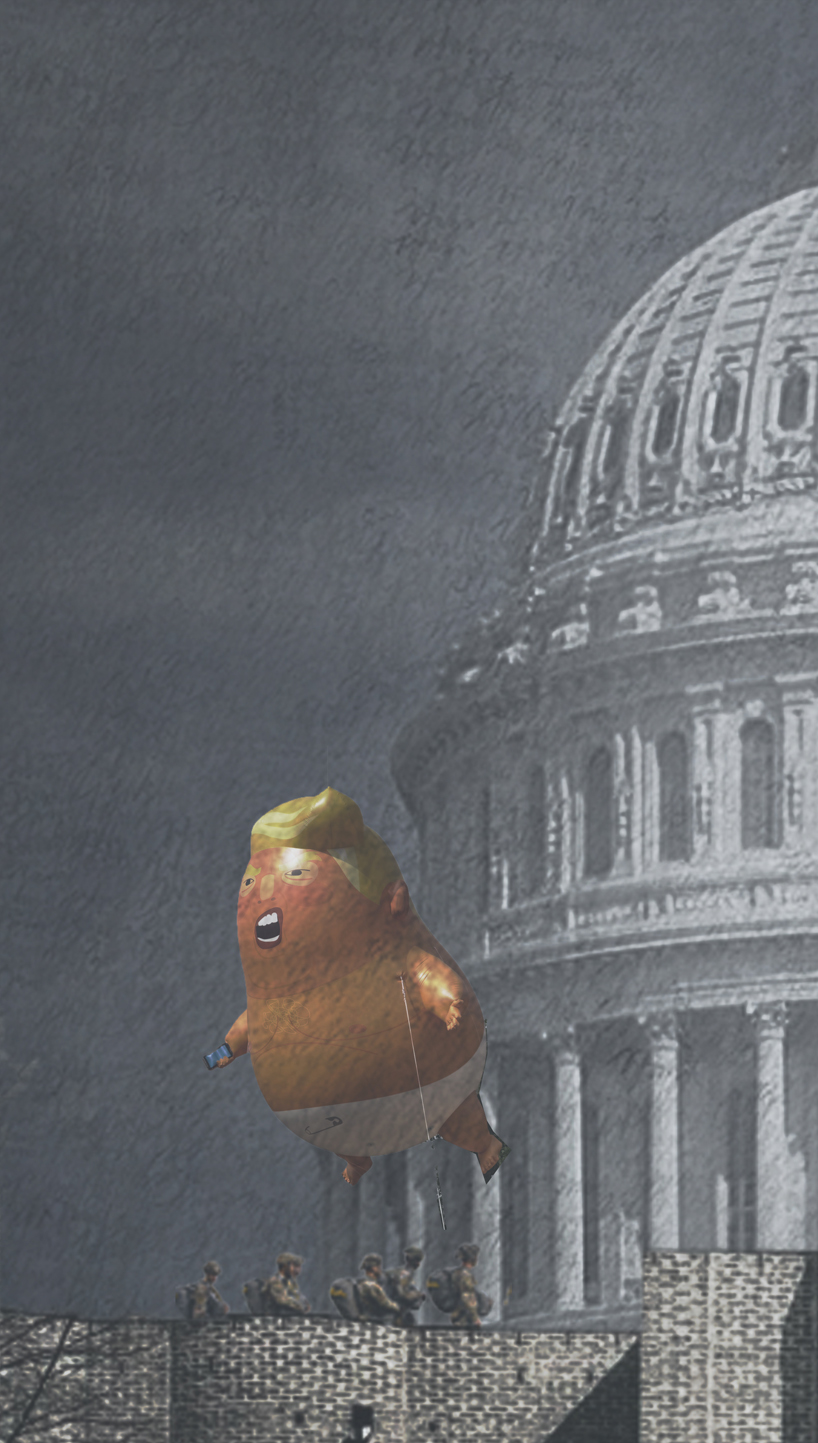 ‘western democracy has been dealing with this topic for some time, but no suitable answer has yet been found. society is dividing more and more. the conversion of the capitol as a fortress shows that. opposite office’s dystopia is supposed to shake you awake. we can no longer look the other way. we have to act politically! democracy is not a gift, people had to fight for it. this is still relevant today. democracy is not for free. we have to care about it and preserve it. we have to fight for our democracy! we have to reverse the division in society and reconcile people. let’s hope that joe biden will succeed and that donald trump will be history once and for all.’ – opposite office 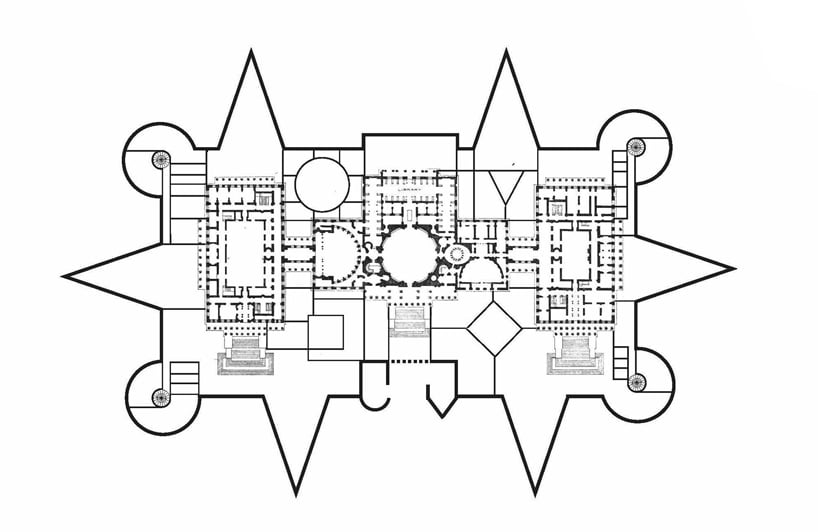 location: the united states capitol, washington, DC, the US 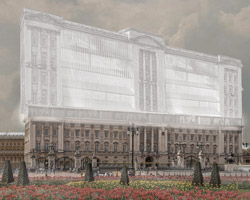 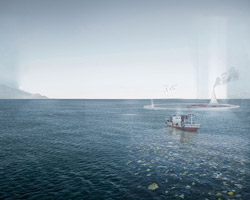 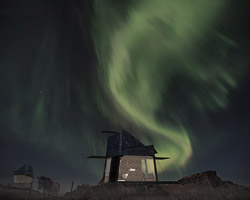 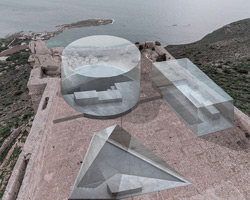