behin ha’s ‘together apart’ comprises a pair of bright orange, mesh fabric installations built at two different sites in denmark. each public installation consists of nearly 400 coated mesh fabric ribbons, stretched between building rooflines and the ground. the two projects are a sequel to the studio’s ‘coshocton ray trace’ installation (see previous coverage here), both in form and function, as they also provide the site for various performances and gatherings. 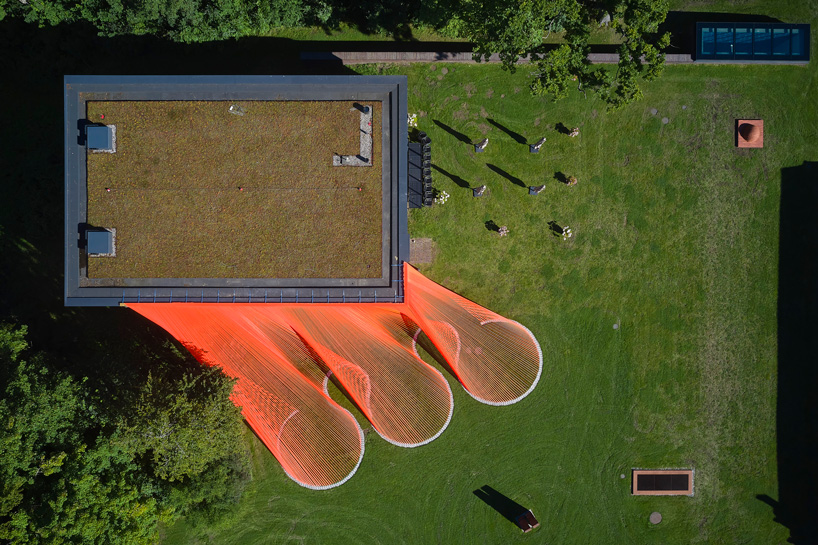 all images by ard jongsma, unless stated otherwise

installed at two sites in denmark, behin ha’s ‘together apart billund’ and ‘together apart middelfart’ were commissioned for the 2020 trekanfest in the triangle region of denmark, where they will remain until november 1, 2020. each installation comprises nearly 400 coated mesh fabric ribbons, which are stretched between building rooflines and the ground, along an undulating line that curves in on itself. this arrangement creates a series of cellular spaces, separated by the surface generated by the ribbons, yet visually connected thanks to its porosity. the interplay between the linear top anchor positions and curved ground anchor pattern gives rise to differentiated and complex conditions of visual overlap, density, and transparency. 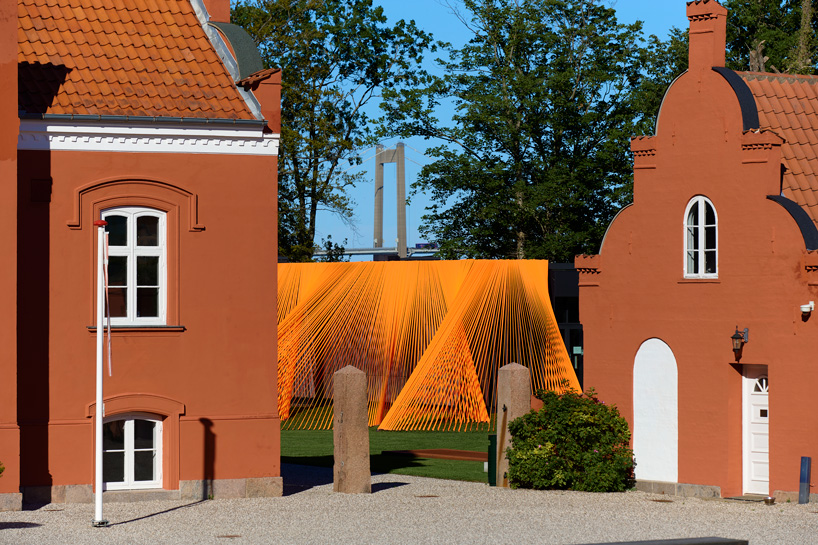 the assembly procedure of both installations was designed to be straightforward so that a team of volunteers from the community, organized by the client and led by professional builders, could take part in installing the work. after the construction of anchoring positions at the roofline and the ground, the coated mesh ribbons were tensioned between pre-designated anchor points at the top and bottom and stapled in place. the installations appear more transparent at eye level, and more opaque on top, thanks to a twist induced in the ribbons by a difference in the anchor orientations at the top and bottom. 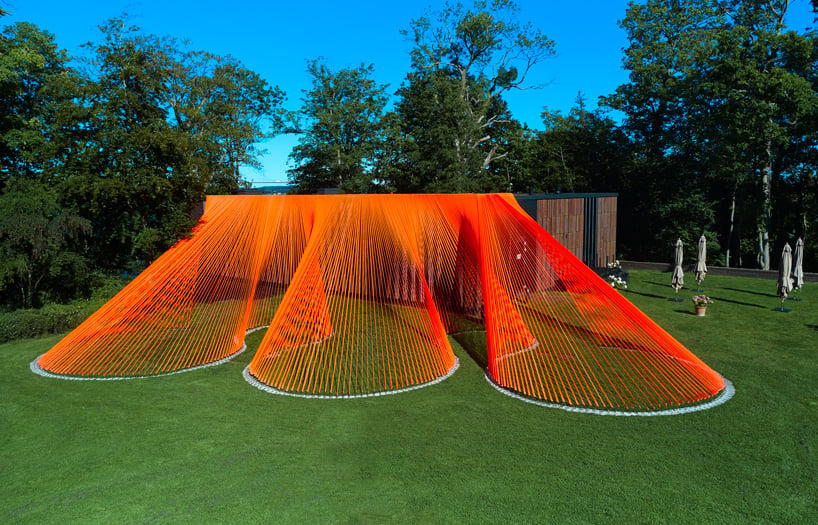 ‘together apart’ was influenced by behin ha’s reflections on the nature of social gathering during the 2020 pandemic. ‘pondering the conflict between the human desire to come together on the one hand, and the epidemiological need to maintain separation on the other, the installations attempt to capture the tension between gathering together and remaining apart by creating multiple interconnected but individuated and isolated spaces,’ explains the new york city-based studio. 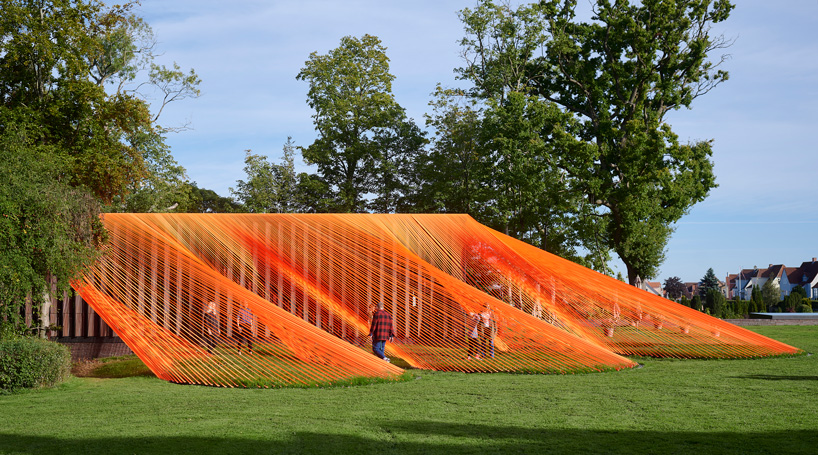 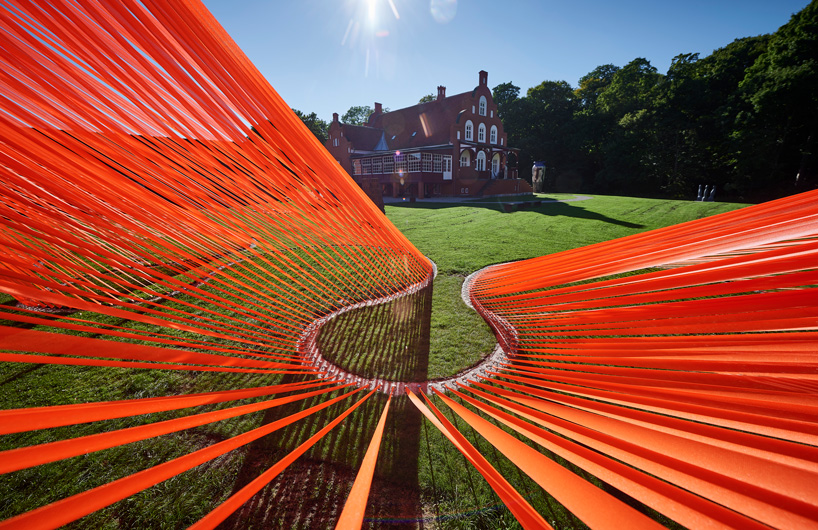 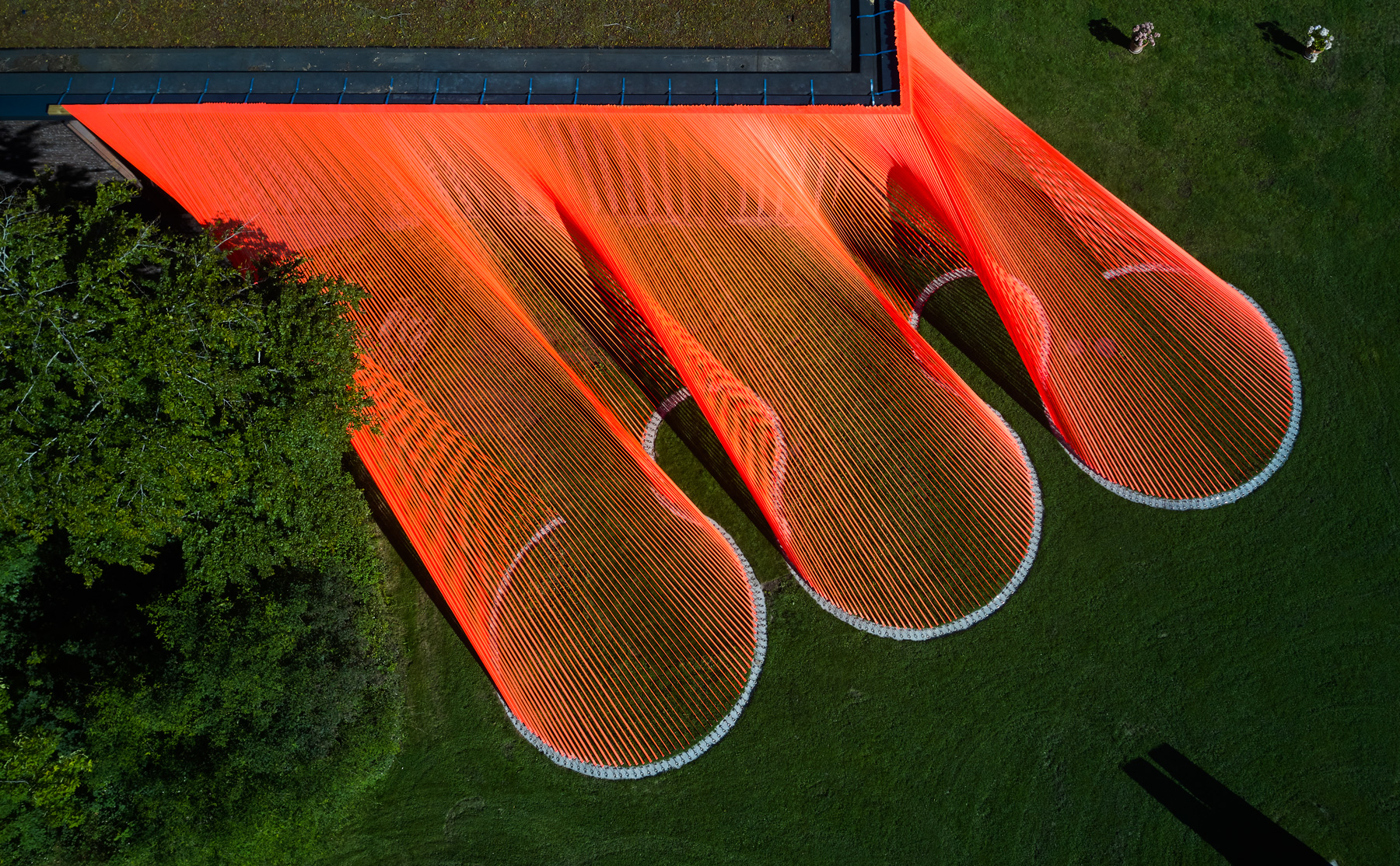 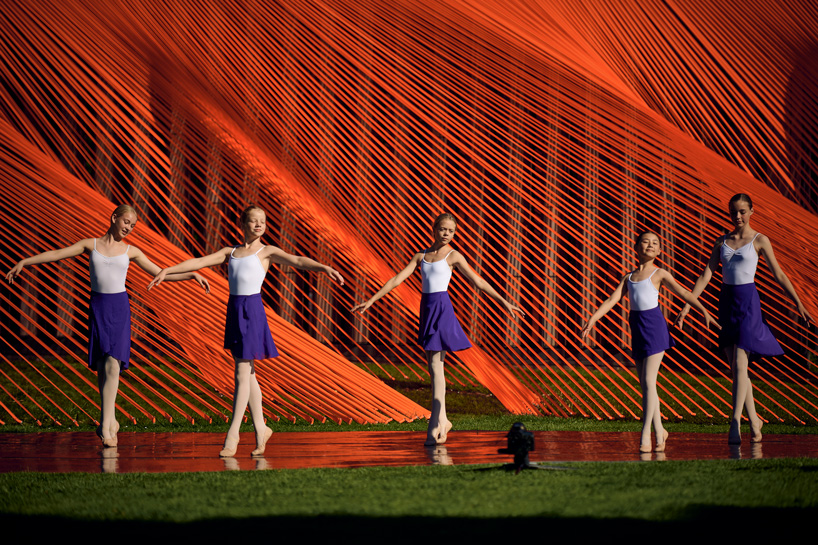 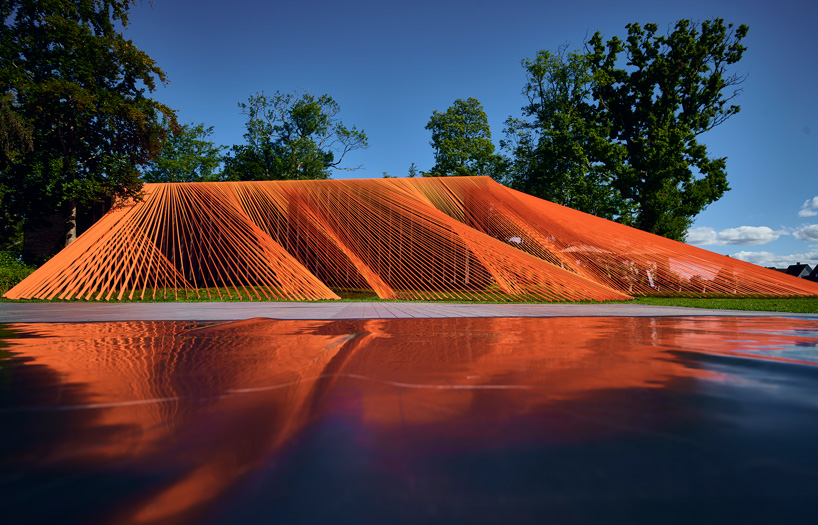 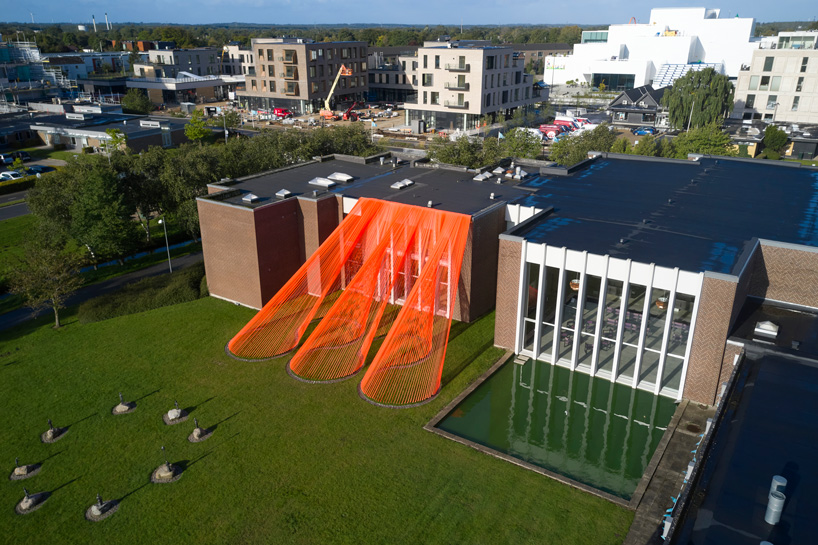 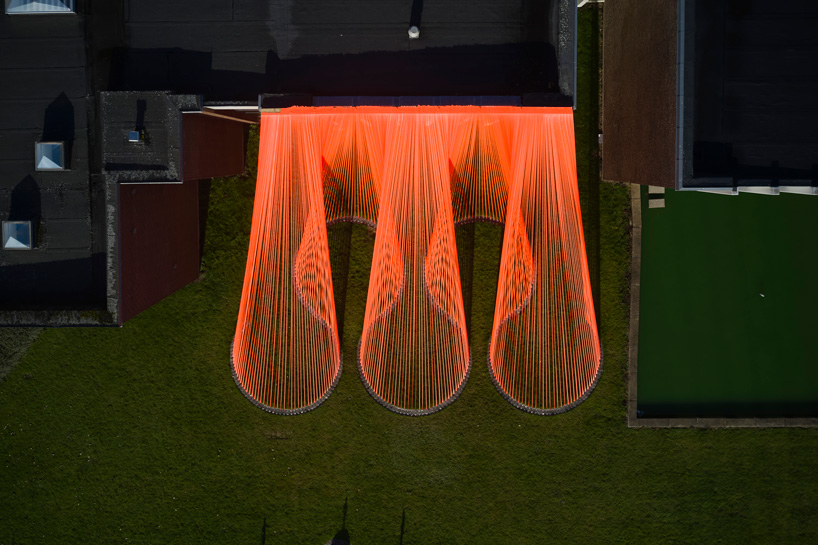 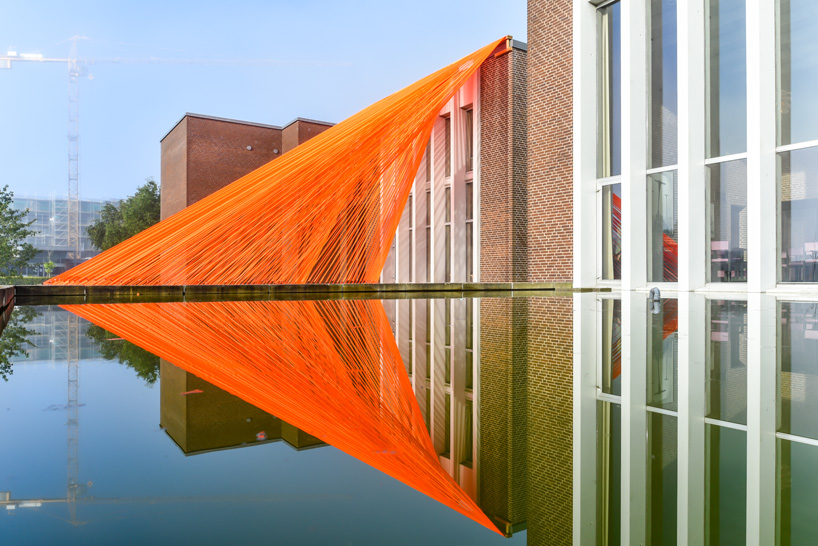 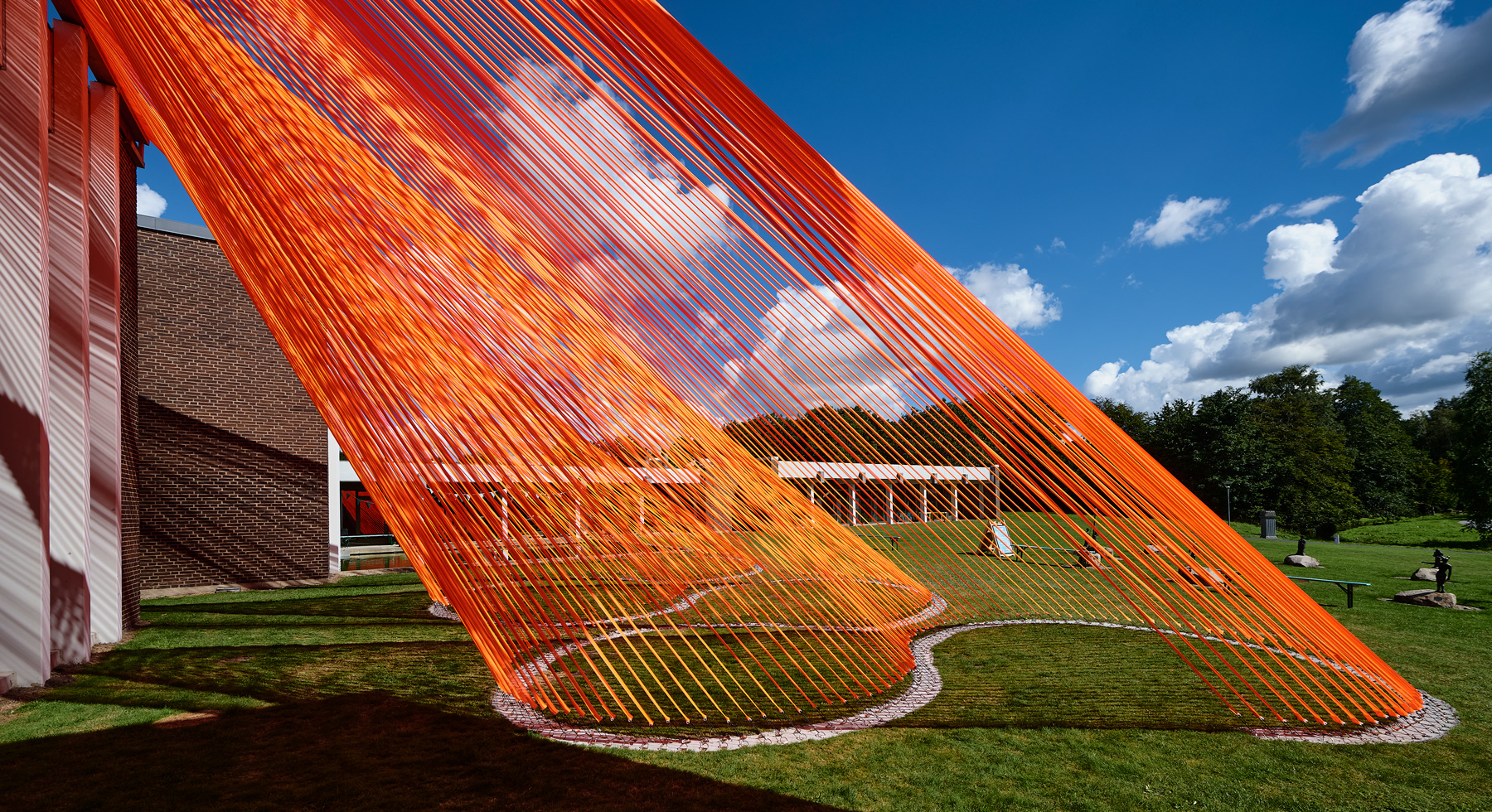 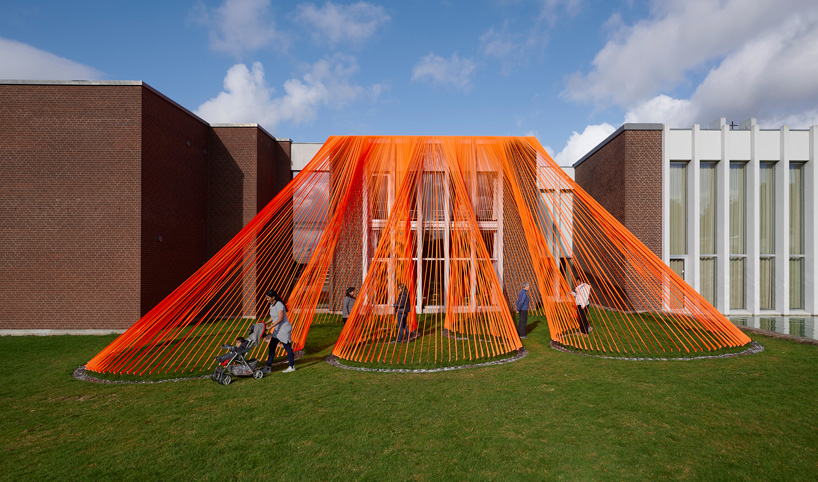 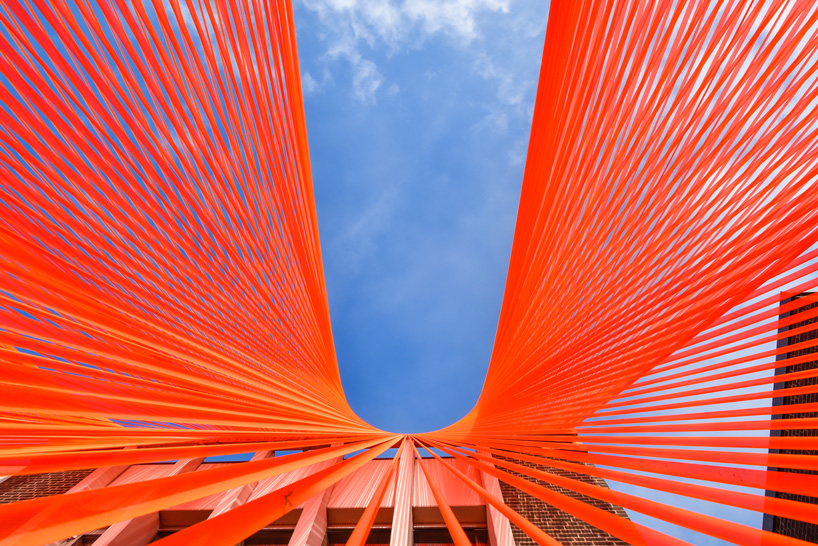 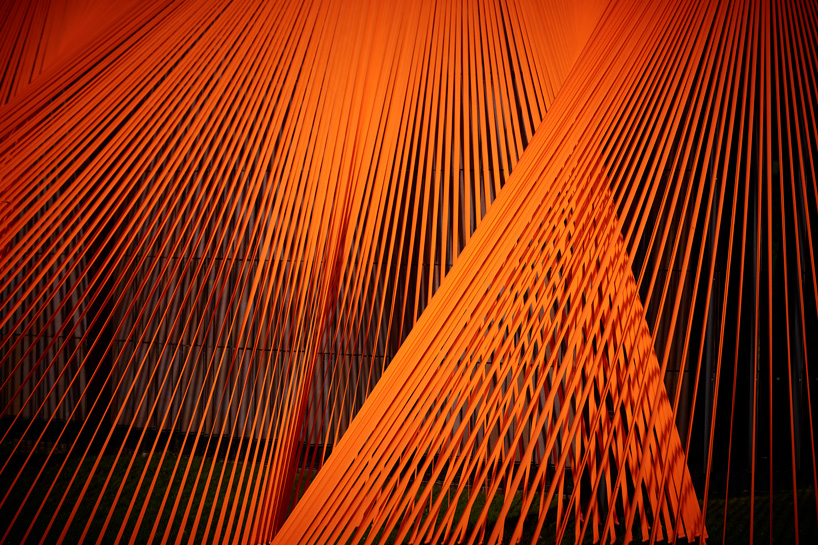 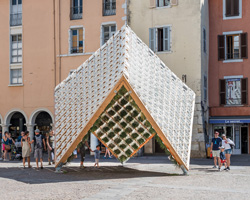 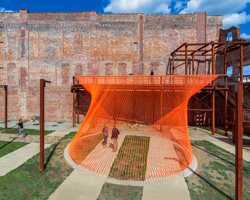