CAAT studio introduces ‘dream pathway’, an urban pedestrian and cycling passage that connects a sports recreation park to a cultural street in tehran, iran. harmoniously weaved into the urban landscape, the proposal takes shape as an arrangement of organic platforms designed to revitalize the surrounding region. the project was originally conceived as a competition submission, eventually winning second place. 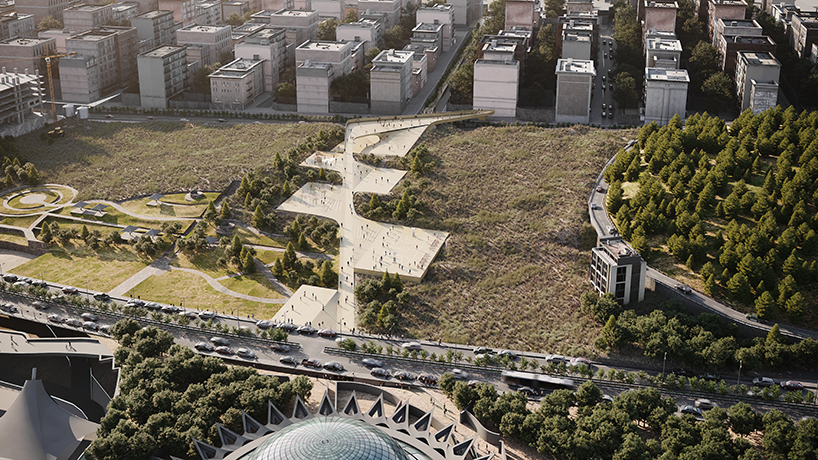 ‘dream pathway’ by CAAT studio is to be located in the western part of abbasabad hills complex between valiasr street (the most historic street in tehran) and jost-e-joo park. in this endeavor, the architects were faced with two major issues: attracting the flux of people from the adjacent streets into the park and directing the users of the park to the passage to the edge of valiasr street. since the project was in need of an efficient fundamental and infrastructural solution, the design was studied and formed in four separate phases. 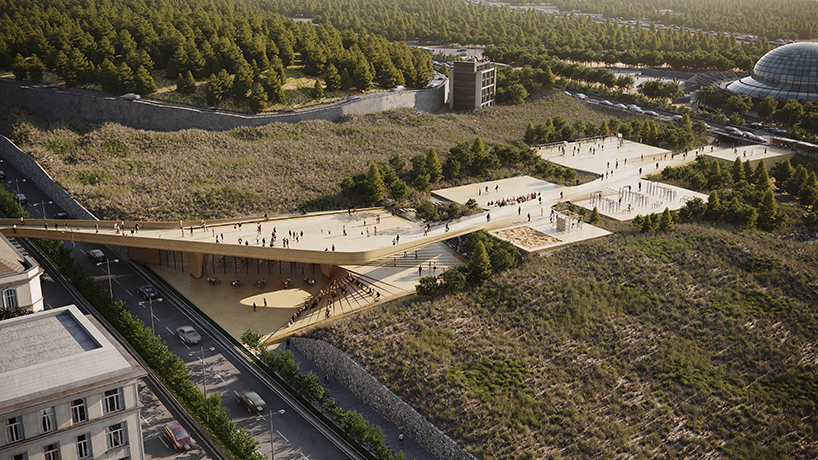 bird view from north to south

the first phase mainly concerns the park area (from mina dome-planetarium to jost-e-joo park), while the second phase studies the connection of abbas abad hills (west entrance of the complex) with africa street (nelson mandela boulevard). phase three explores the pathway from the beginning to the palizvani dead-end, seeking to regulate traffic and establish an efficient route for pedestrians and cyclists paths. last but not least, phase four looks at the area that spans from gandhi crossroads to the urban edge of valiasr street. 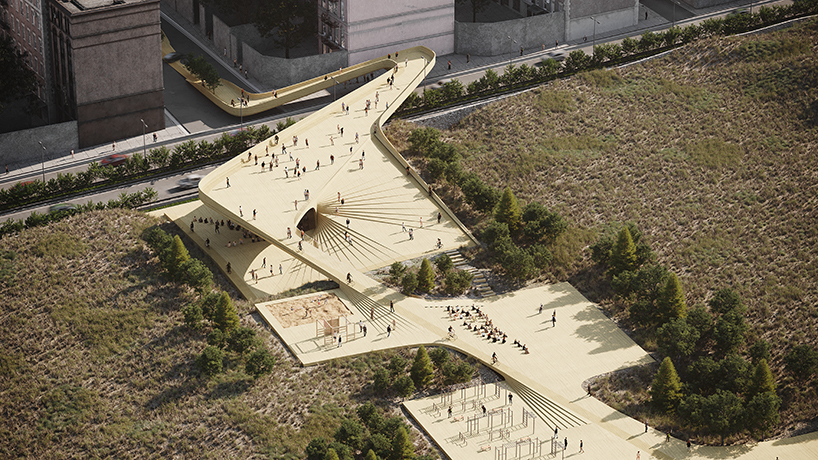 view from east to west on nelson mandela blv

in order to connect the four main zones along the project path, attraction points were allocated needed to invite and direct the pedestrians towards the various cultural-social-sports urban activities of each area. the idea of the project is to merge the designed path and organic platforms in order to generate a formative complex that can be adapted to various functions. 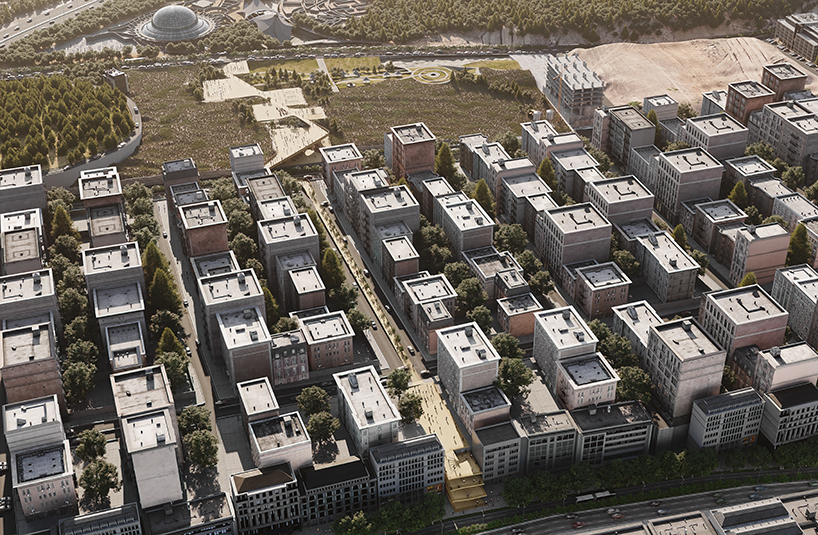 the project’s starting point is situated near a skating park, since it’s an area that gathers many individuals interested in street sports and recreational open-space activities. therefore, the first platforms of the structure were designed to include more skate parks, calisthenics grounds, bowling alleys, multi-purpose sport fields, playgrounds, escape rooms and amphitheaters. meanwhile, in phase two, the project interacts with nelson mandela blv by positioning a large park entrance that invites users with additional functions like bookstores and cafés. 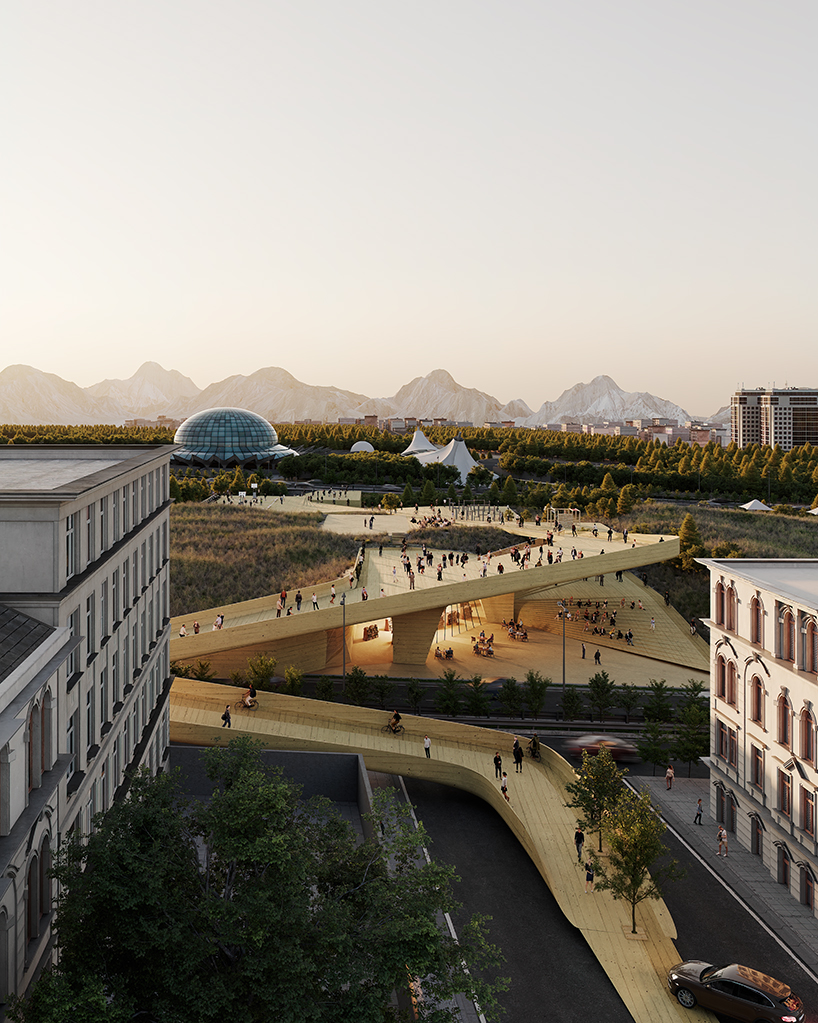 as far as phase three is concerned, the structure connects to the crowded palizvani street, with its many administrative buildings causing dense traffic. for this reason, it is important to separate pedestrians and cyclists from cars to provide peace and security in this axis. the solution to prevent pedestrians and cars from interfering was to create a separate path, one-meter-high and 4-meters-wide, that guides pedestrians and cyclists along the project. also, a one-way 5-meter-wide lane with a wraps around the project to accommodate passing cars. in phase four, the project generates a completely cultural complex that includes the entrance platforms to the city gallery (sculpture symposium) located in the sixth dead-end of gandhi and then extends in a ramp-step to reach the edge of valiasr street, where  on valiasr street, where public transport access and connection points are also integrated. 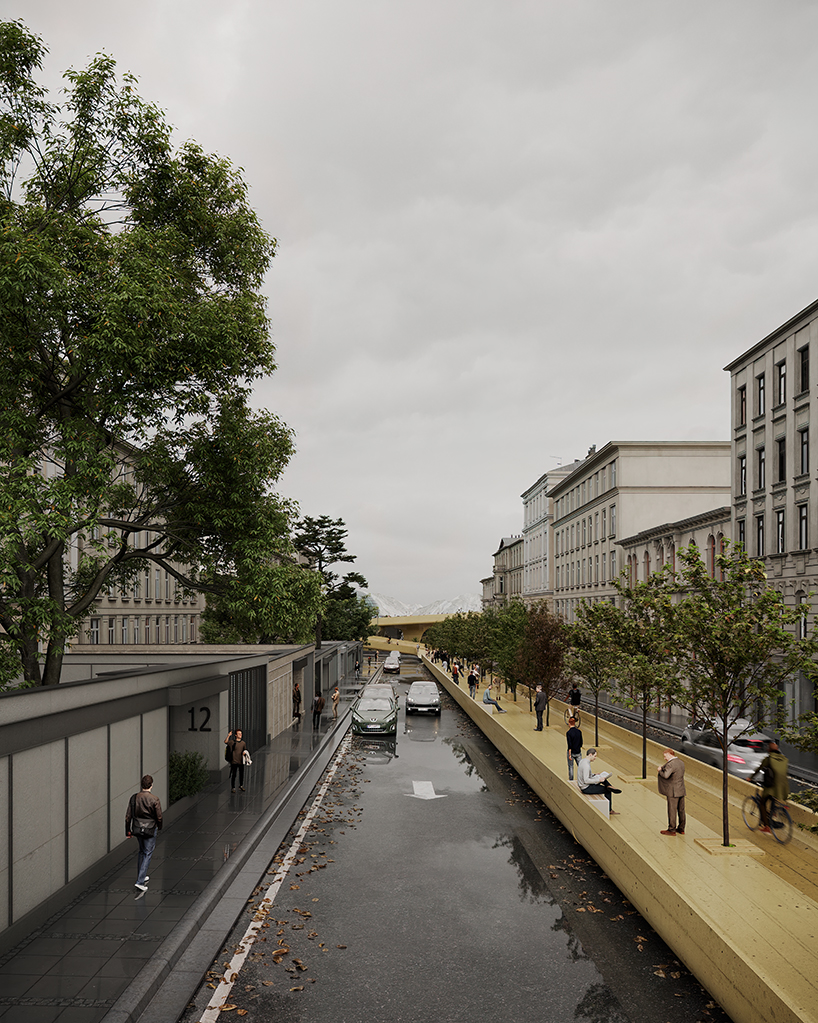 view of the pathway of health (palizvani street) 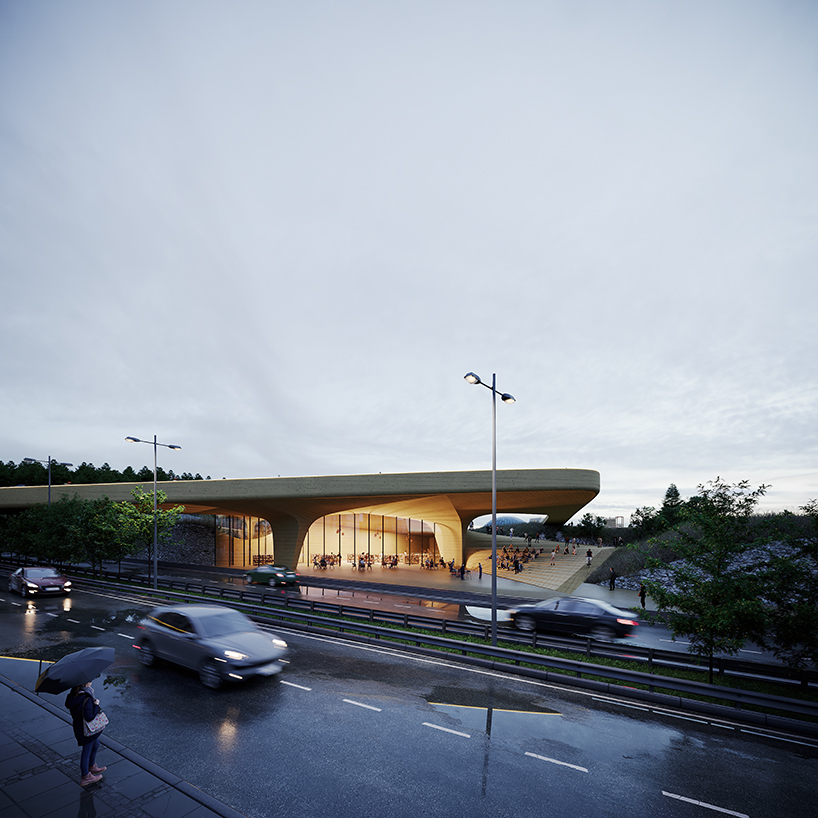 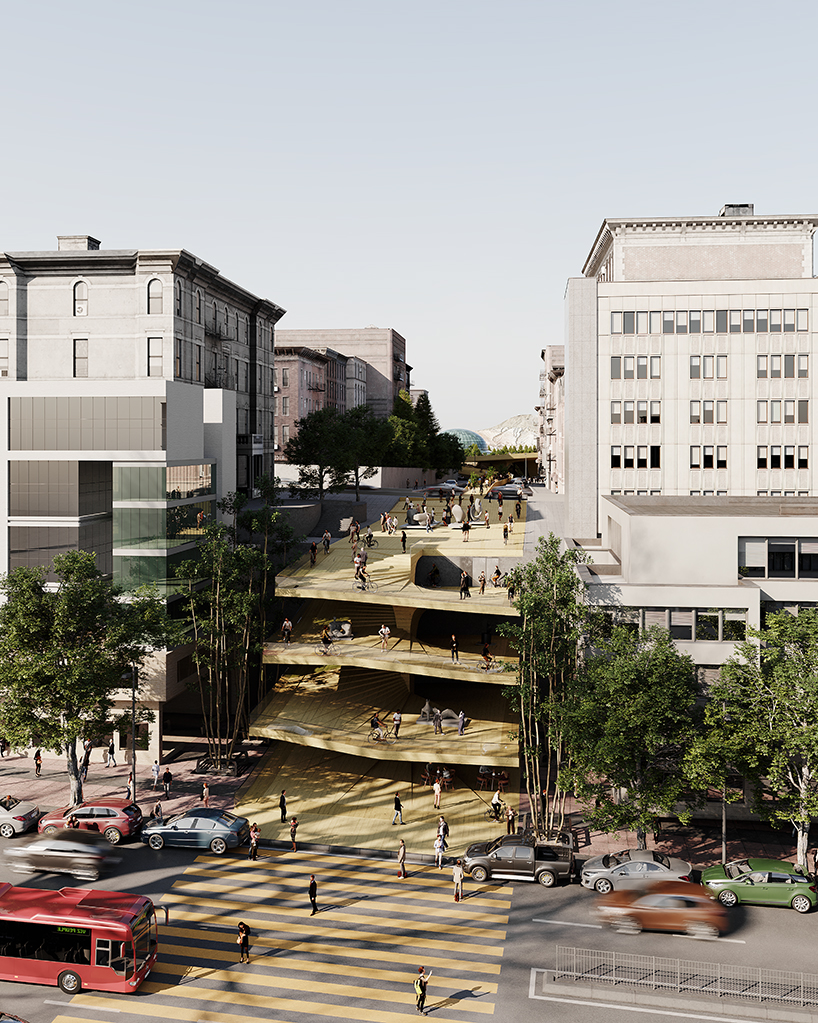 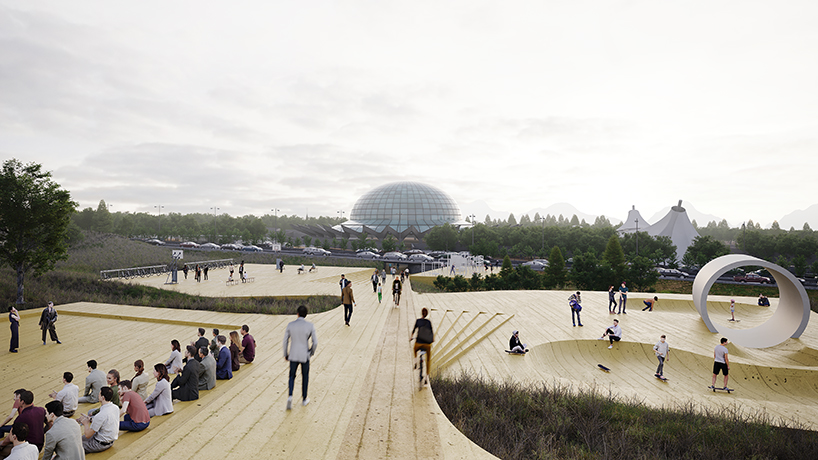 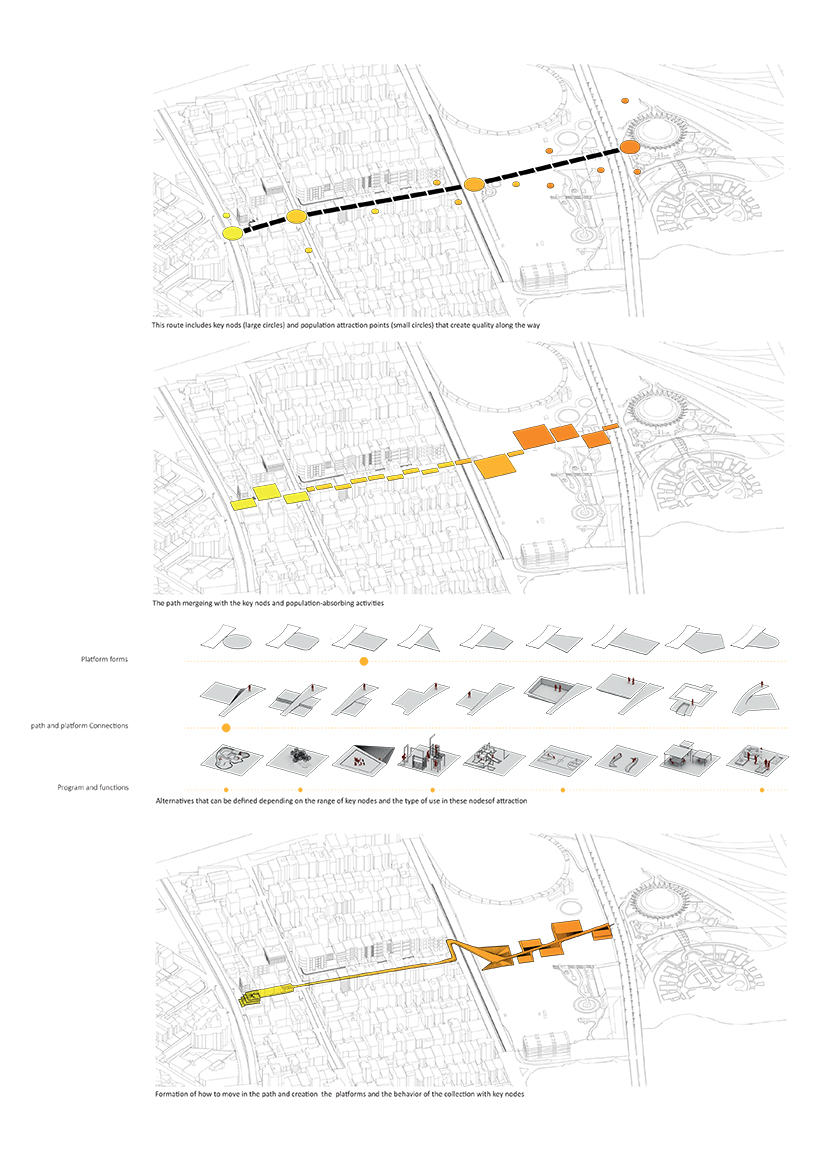 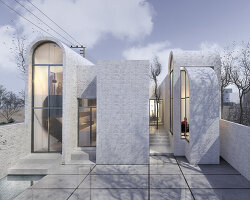 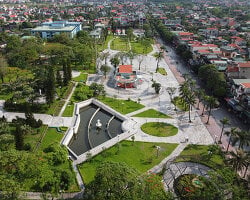 Jun 27, 2021
into the archives: the design of central park, a masterpiece of landscape architecture