a range of internationally acclaimed architects have unveiled six different proposals for a new government district in the norwegian capital of oslo. the design groups, which include snøhetta, MVRDV and BIG, were selected from 24 original entries and will determine potential solutions regarding urban policies and public engagement. the project will be developed alongside organizers statsbygg, the norwegian government’s key adviser in construction and property affairs. read more on each of the six potential schemes below, and see designboom’s previous coverage of the competition here. 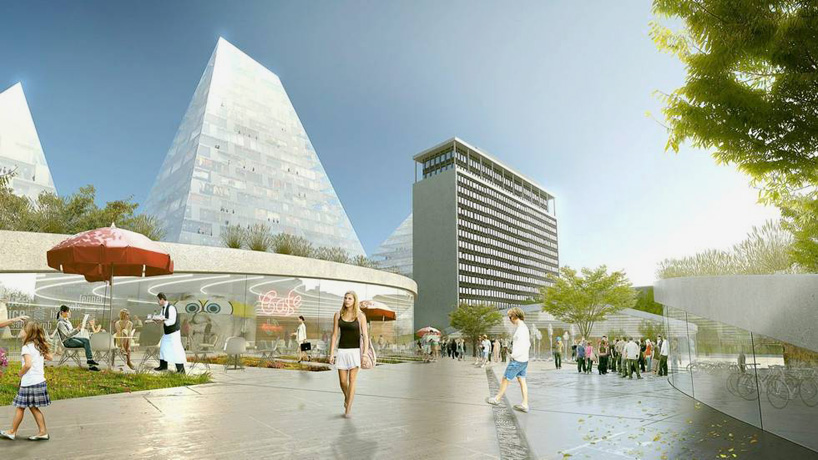 the proposed tower from danish firm BIG proposes a topographic urban park to create a new setting for the site’s existing historic buildings. the scheme includes three towers, the tallest of which climbs to a total height of 105 meters. 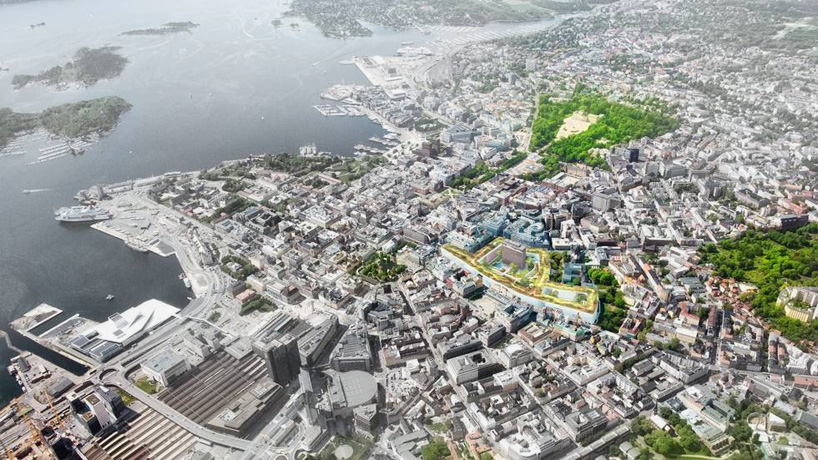 dutch firm MVRDV proposes framing the government quarter with a ring of office structures positioned along the site’s boundary. on top of this configuration, a separate rooftop garden for the city’s population is established, providing sweeping views across oslo. 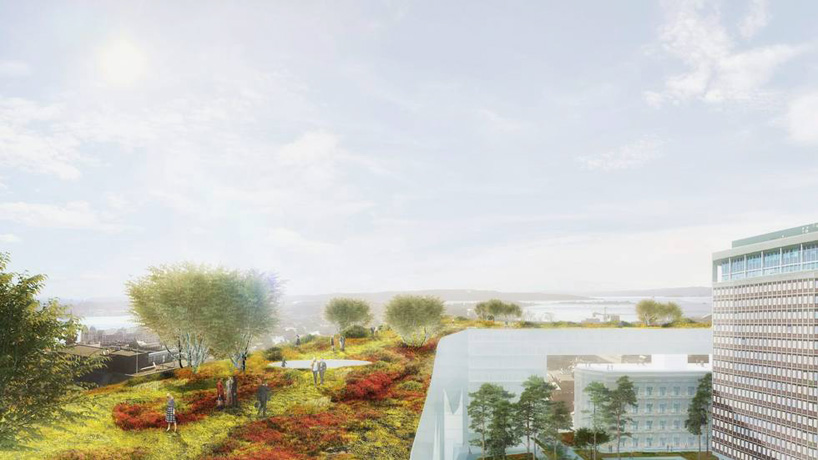 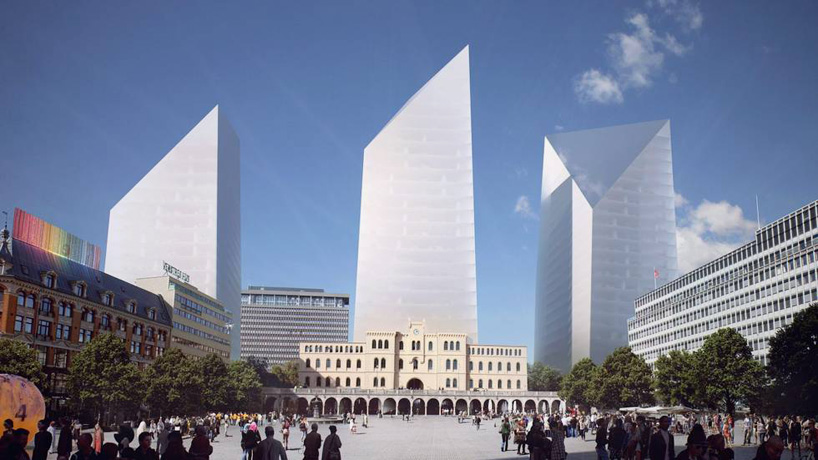 local studio snøhetta has designed three towers that seek clarify the government’s position in oslo, while ensuring that urban space at ground level remains opens to the public. the scheme involves reorganizing the existing site with a new entrance, and better connected circulation routes. 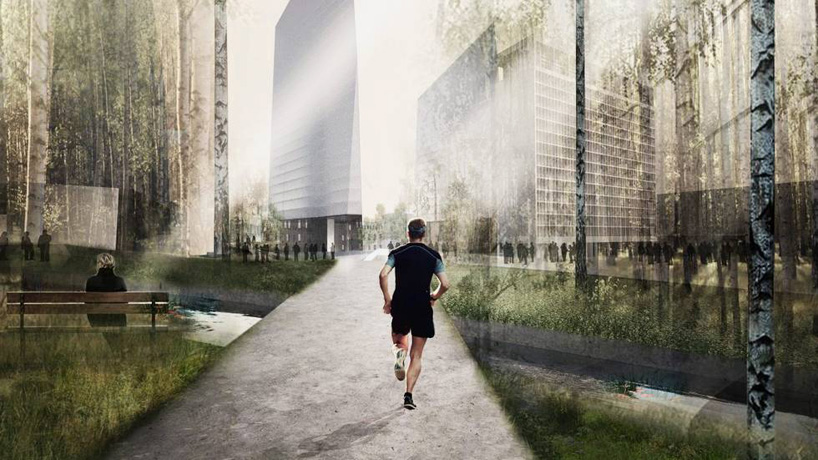 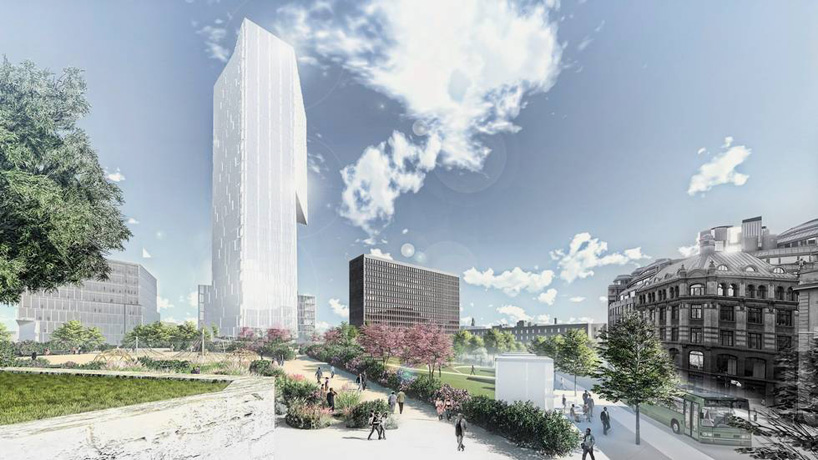 norwegian office asplan viak has presented plans for a series of refined towers, designed not to overpower the surrounding urban fabric. the proposal also seeks to transform the area in front of the highrises into an integrated city garden. 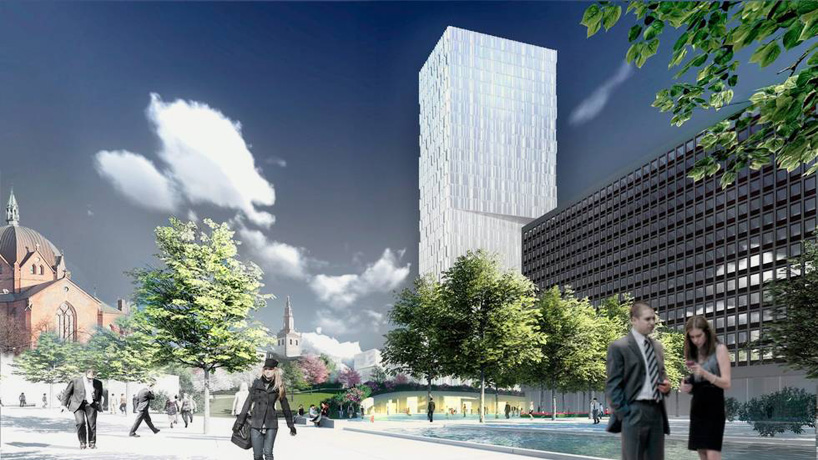 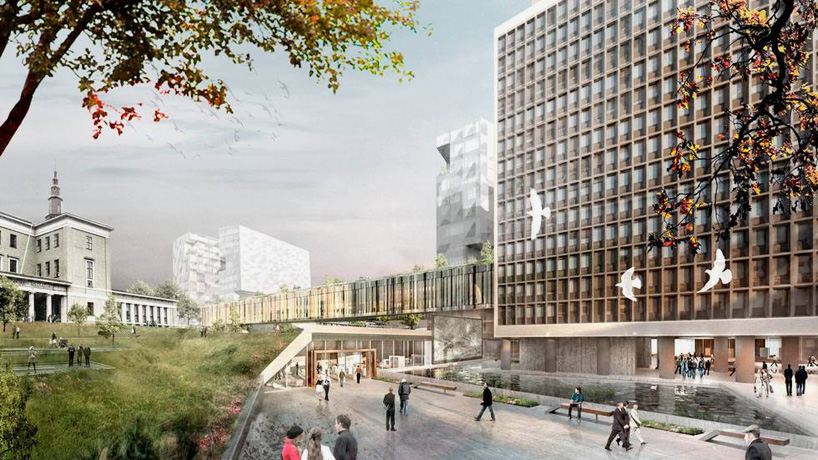 LPO proposes the introduction of a major government park, with space for a memorial dedicated to those who lost their lives in the 2011 norway attacks. in addition, the scheme suggests several office towers of differing heights to accommodate the various ministries as well as the prime minister’s office. 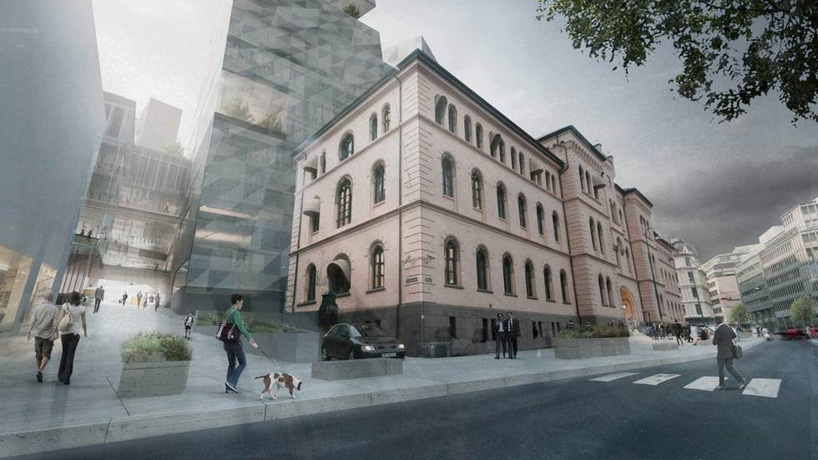 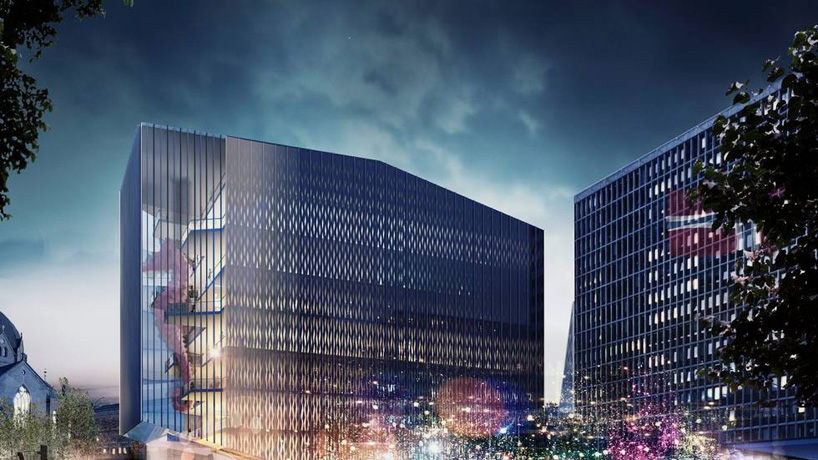 white’s proposed scheme involves opening up the complex with a mix of activities that cater to employees, visitors and the general public. 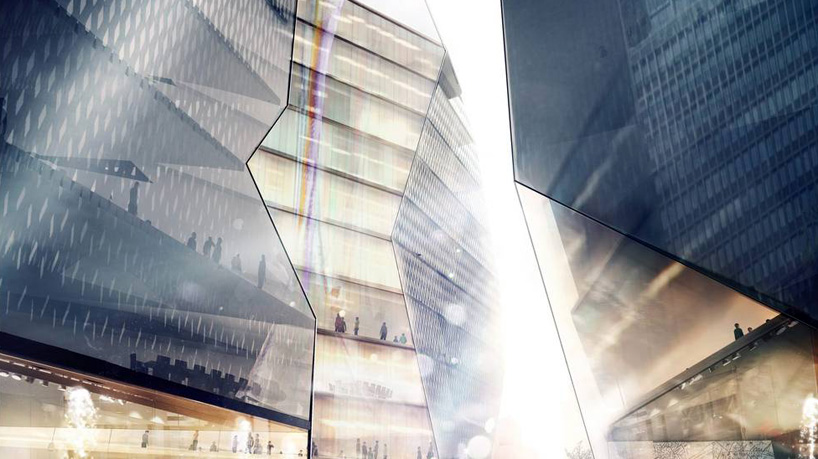