a new tourist attraction will open in los angeles later this year, allowing visitors to slide between the 70th and 69th floors of the U.S. bank tower. suspended 1,000 feet (300 meters) above downtown LA, the enclosed slide is 46 feet in length (14 meters) and four feet wide (1.2 meters). attached to the building’s façade, the structure is made entirely from glass measuring a thickness of just 1.25 inches (3.2 centimeters). 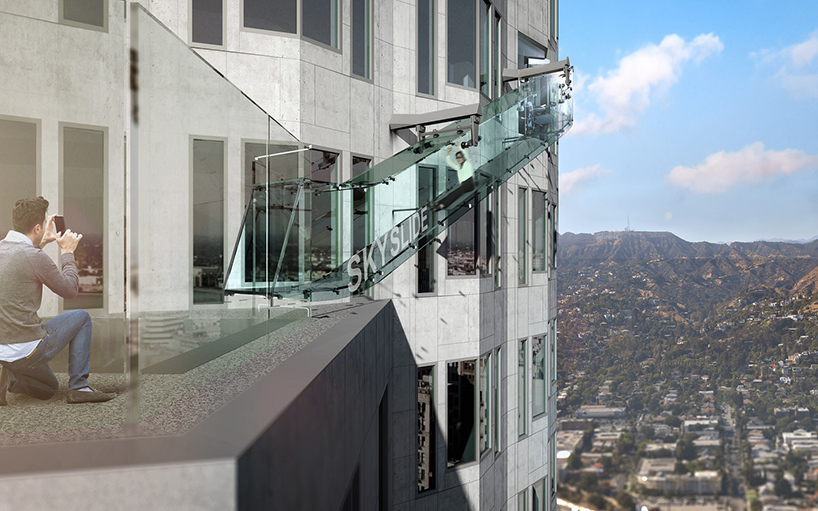 visitors will be able to slide between the 70th and 69th floors of the U.S. bank tower

appropriately named the ‘skyslide’, the experience is part of a major overhaul of the building by singapore-based developers OUE and US architecture firm gensler. the $50 million USD project also includes two observation decks, alongside an interactive level providing information on local landmarks, neighborhoods, and other points of interest. 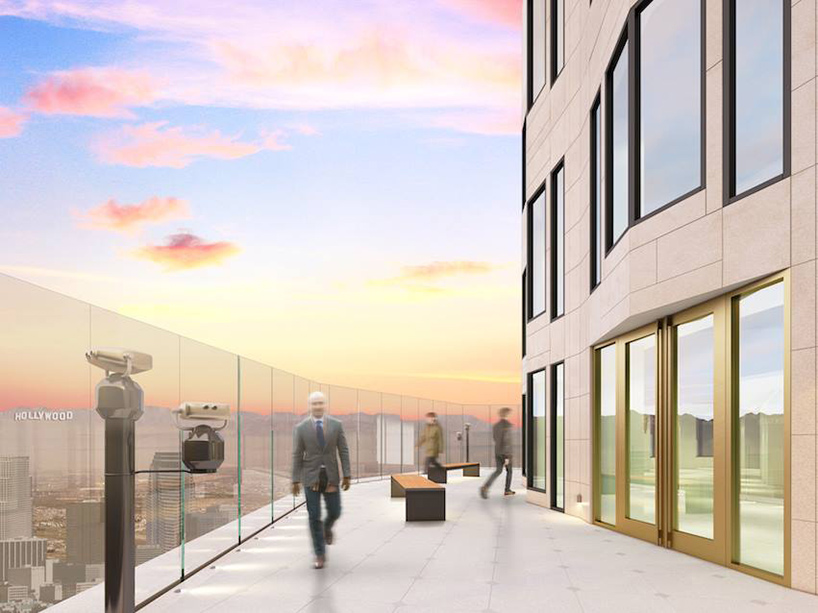 the U.S. bank tower is the tallest building in california, and the 12th tallest in the united states. timeout reports that it will cost $25 for entry, with guests requiring an additional $8 ticket for a ride on the skyslide. the complex will open to the public on june 25, 2016, with reservations possible via its website. 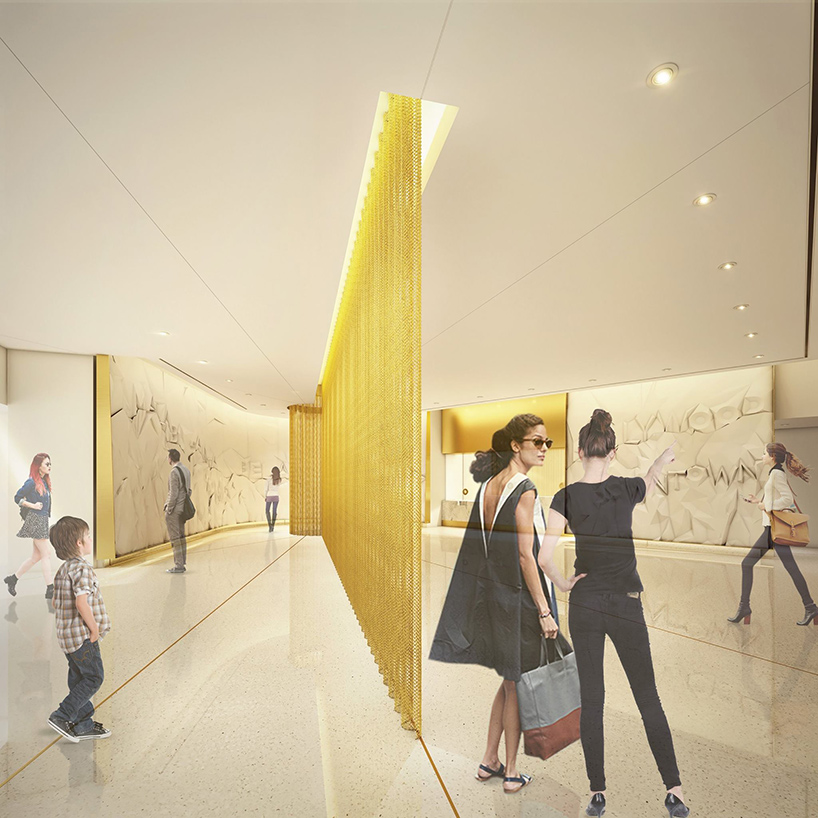 rendering of the renovated lobby 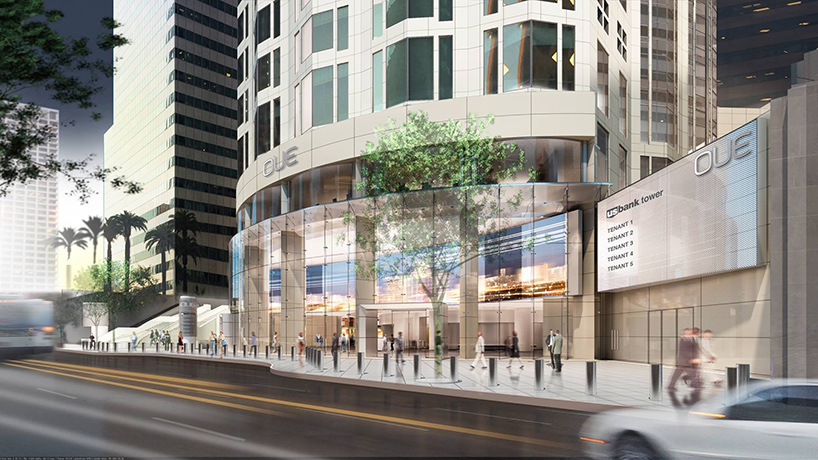