dutch practice overtreders w have sent us images of their recently completed ‘thuys at the dolhuys’, a restaurant within a psychiatrist museum in haarlem, the netherlands. situated within a 14th century chapel of a psychiatric hospital, the original function is accentuated by painting the walls crisp white and exposing the masonry of the tower. a children’s play area is placed within a nook at the base of the brick shaft.

custom-designed furniture integrates and caters to the specific qualities of individuals with psychiatric problems, allowing ease of assembly by volunteers. a bar counter is covered with matte glazed tiles. a metal box chandelier surfaced with wool felt, matching a modular bookcase for magazines, colored acoustical panels and picture frames. the oak of an original bench has been re-purposed into a long table and used lampshades were reupholstered with grey velvet for pendant lighting. an eclectic collection of interior elements contribute to a warm atmosphere. 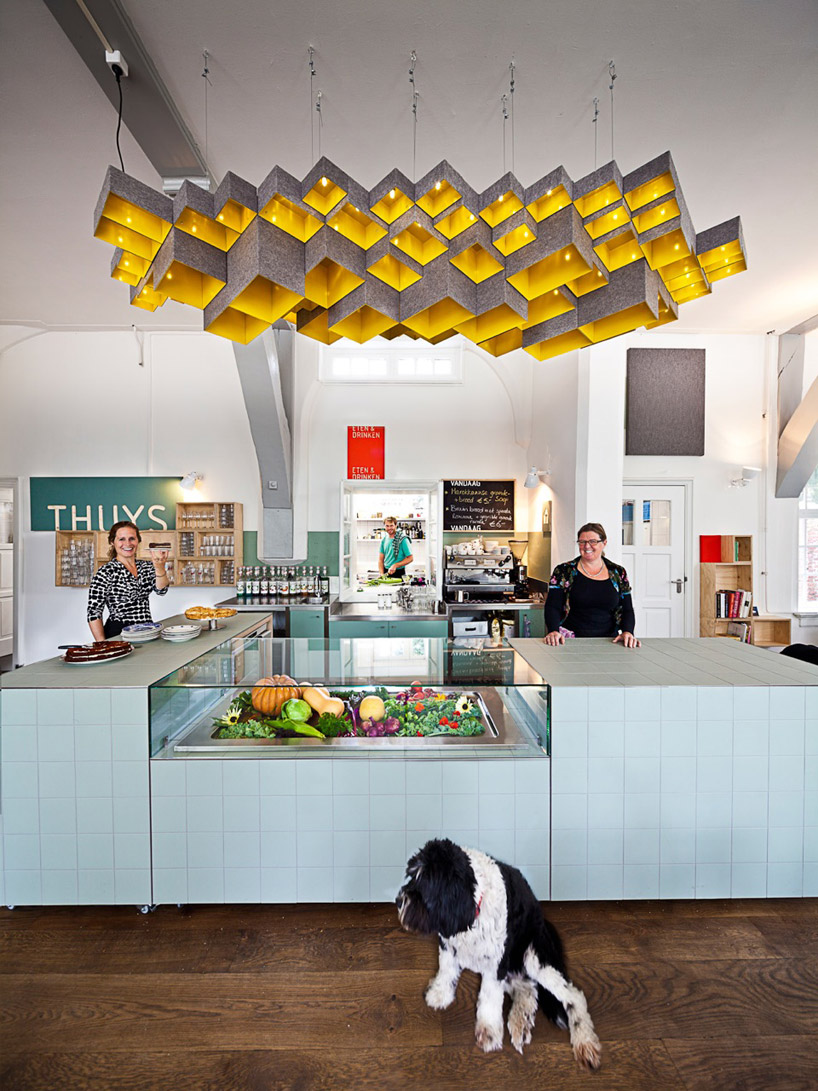 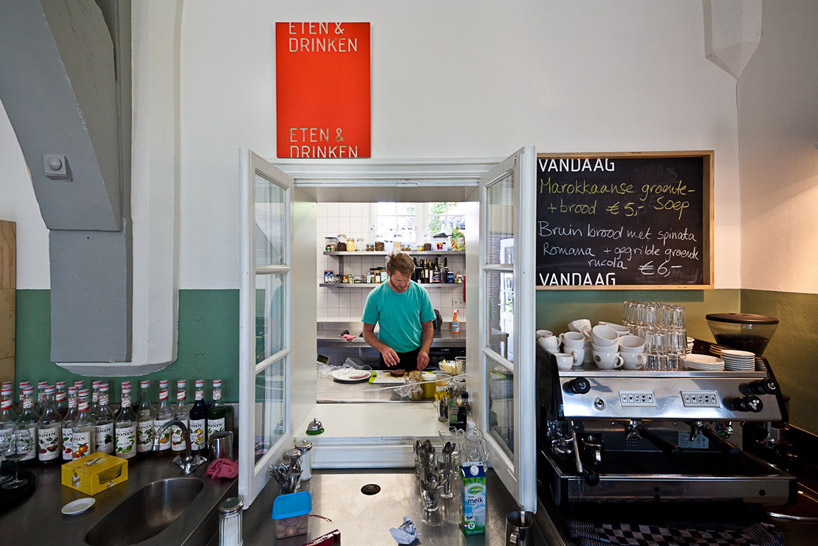 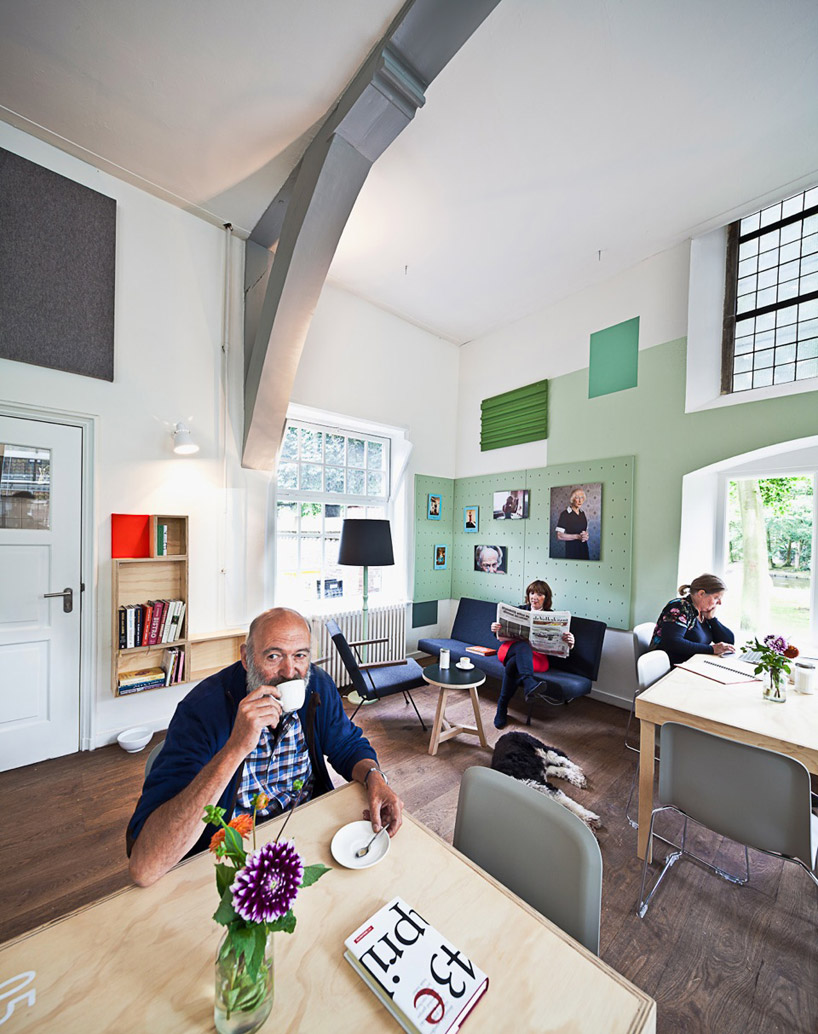 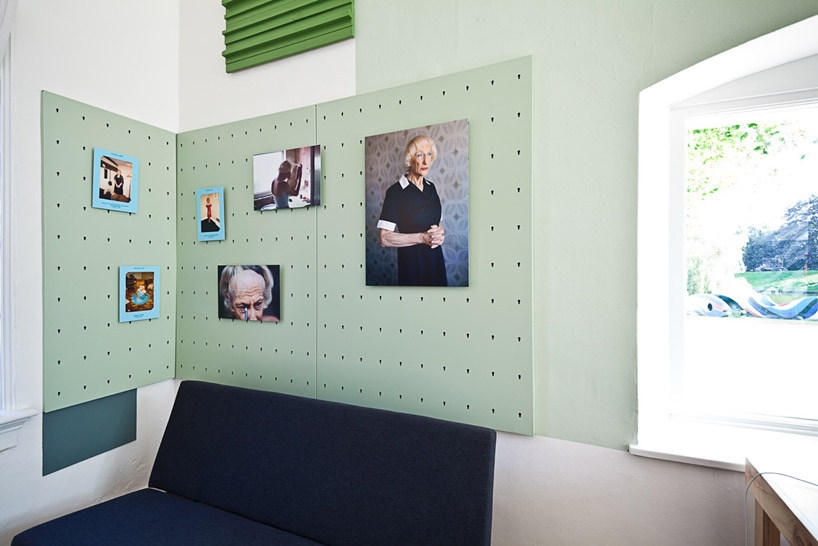 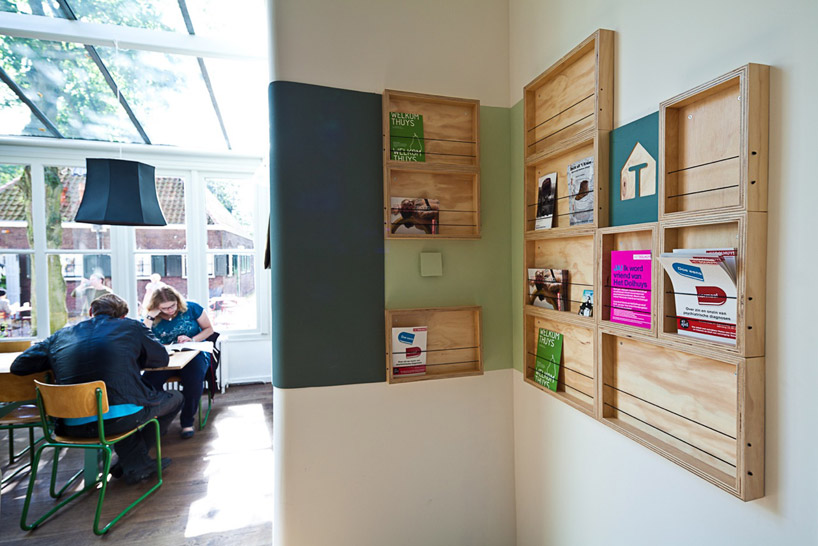 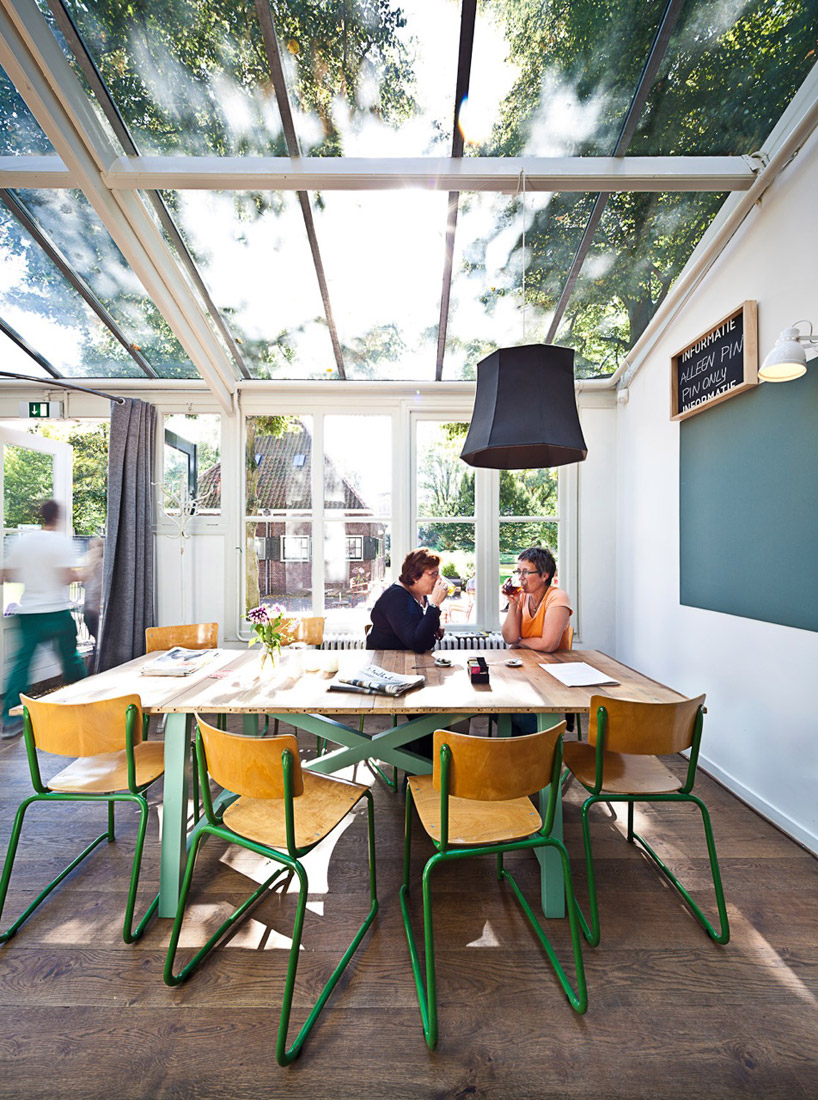 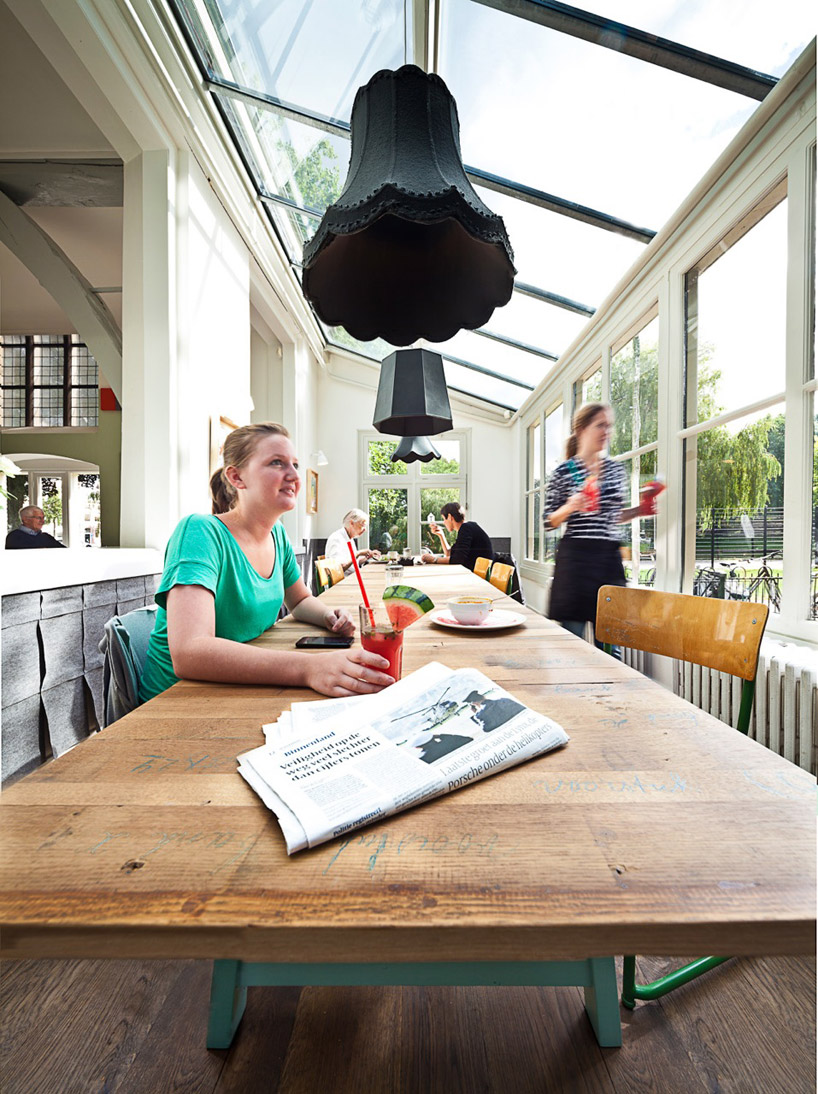 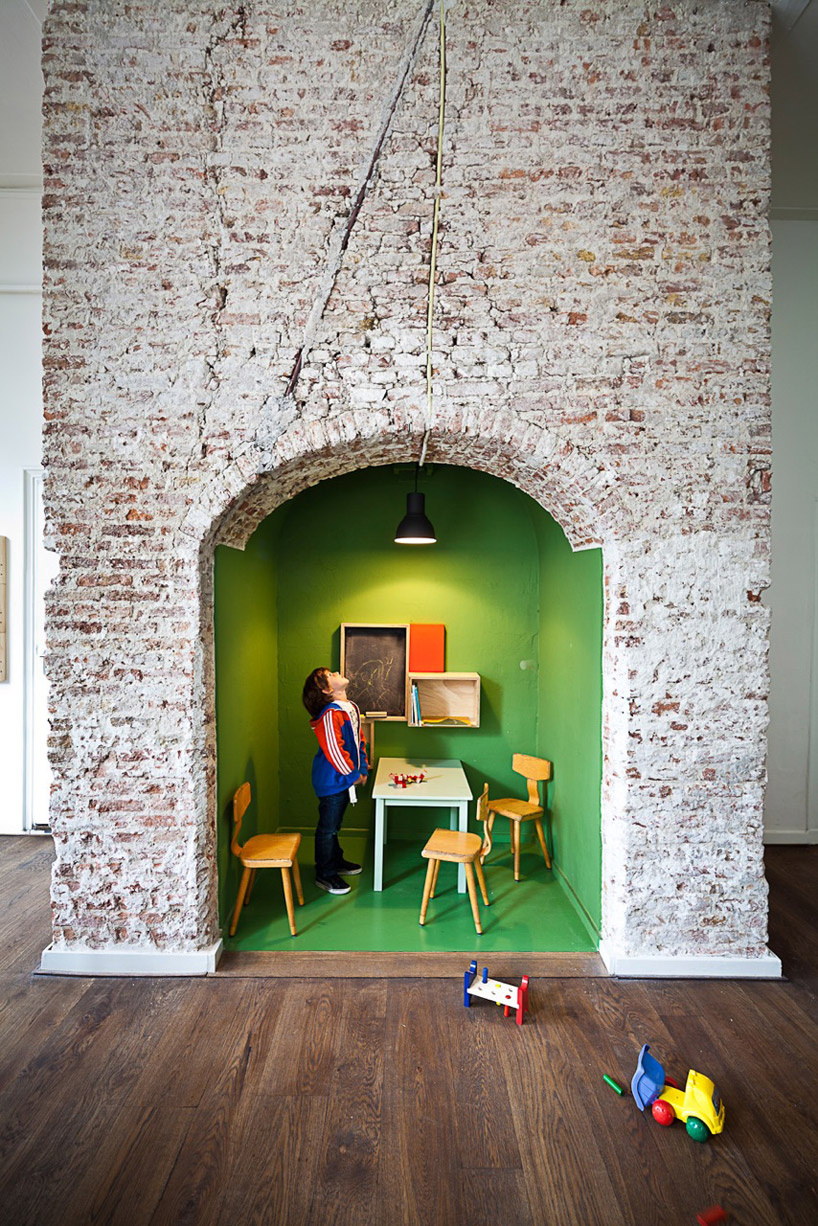 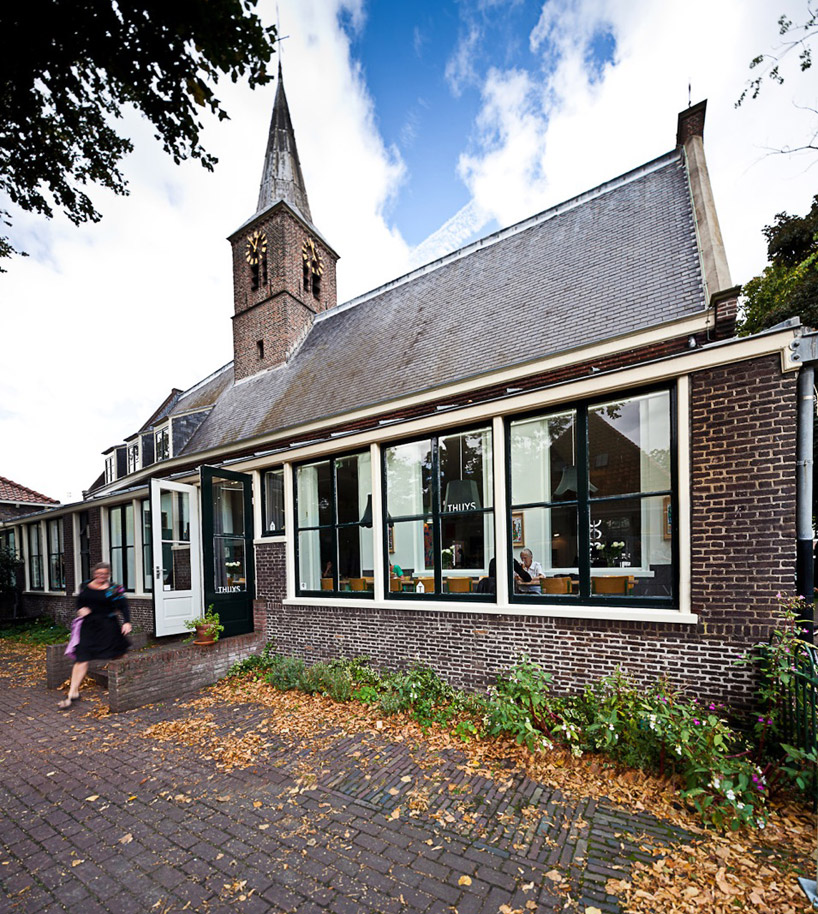 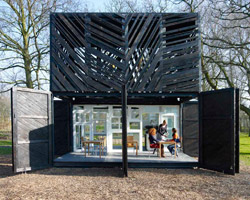 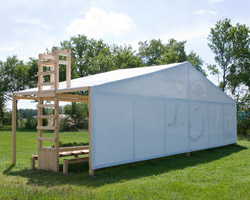 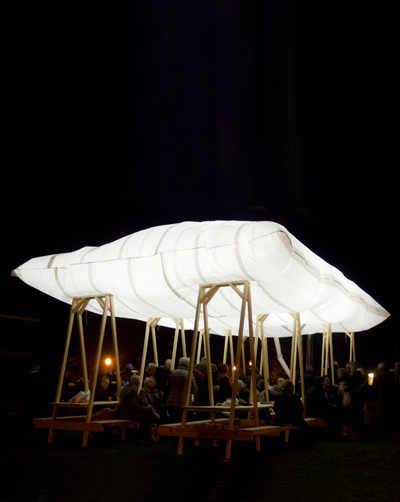