italian design team PACO proposes to build the ‘hyperdome’, a cover constructed around mars to create generate livable atmosphere and water on the planet. the shell would be prefabricated on earth by parts, delivered to mars and assembled ‘on-site’. 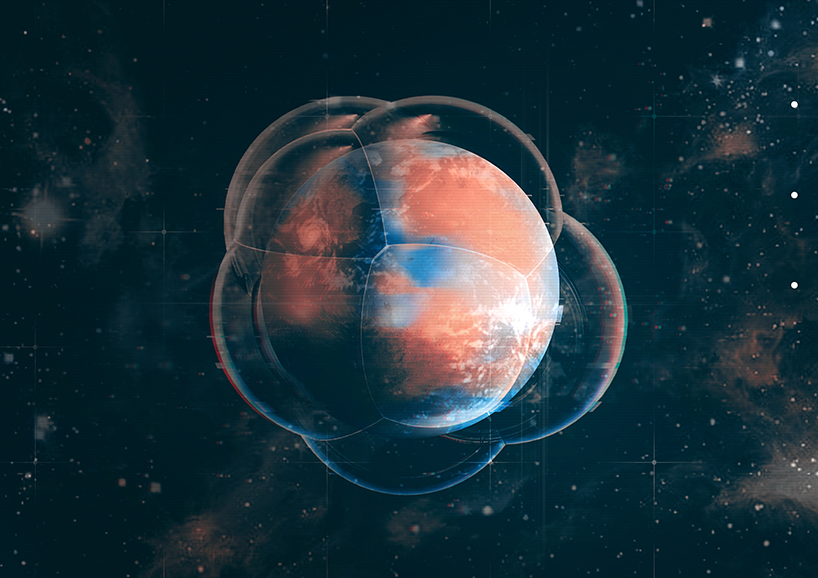 instead of detonating thermonuclear missiles over the polar ice caps to generate liquid water and release carbon dioxide, PACO claims that it is possible to achieve a forced global warming on mars by creating a huge greenhouse around the planet. the structure will increase the temperature and pressure and will let the water spread around all martian surface. 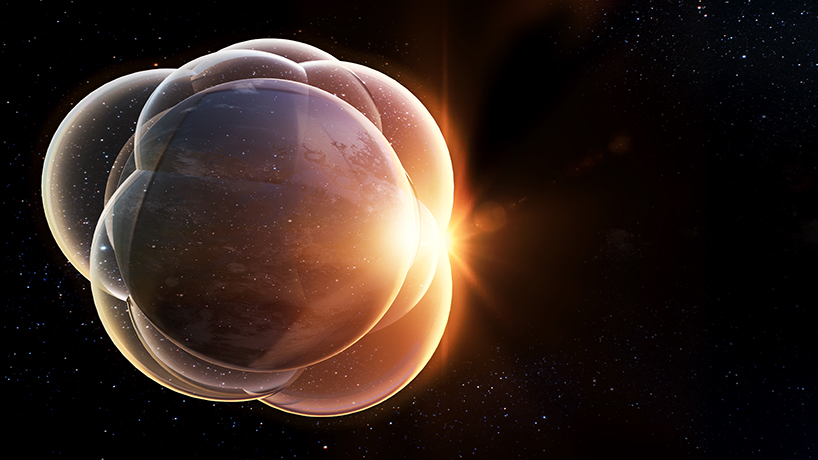 the holistic approach seeks to generate the ingredients of an autonomous and spontaneous martian environment. the huge structure will be formed thanks to a complex and cutting-edge construction — huge beams and panels shipped from earth will be linked to one another without touching the ground at any time. once the structure will be finished, it will float orbiting around mars. 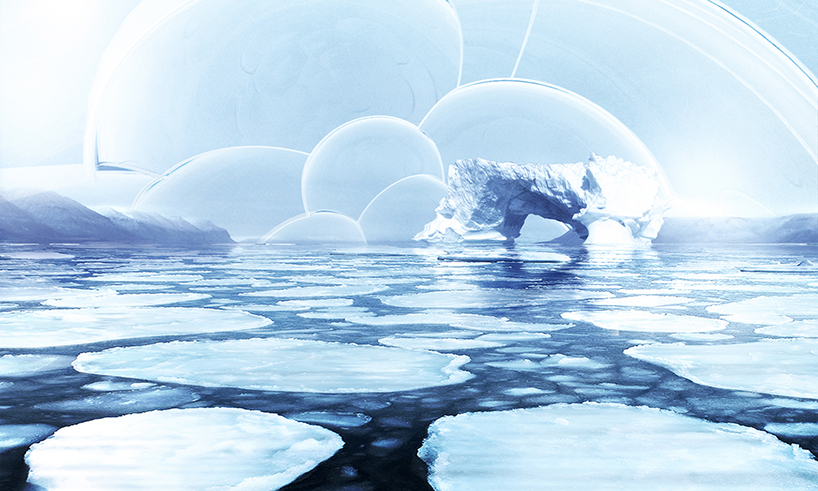 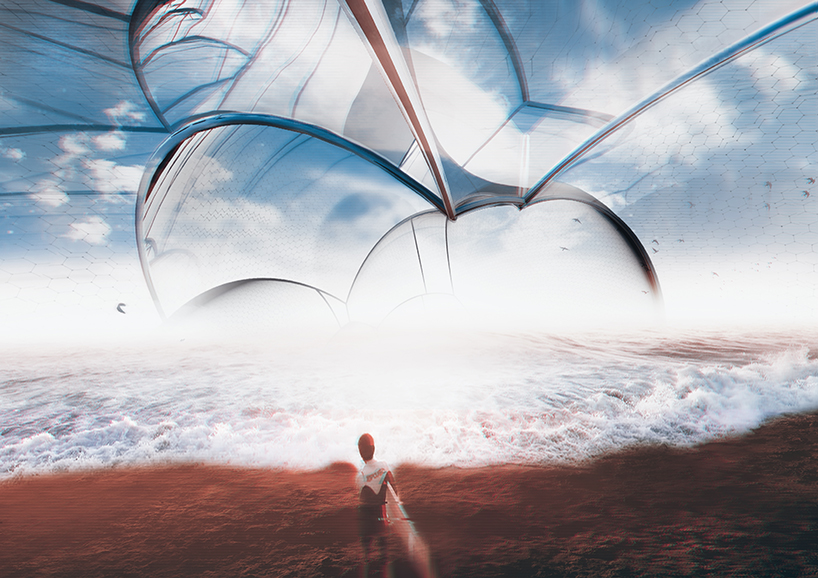 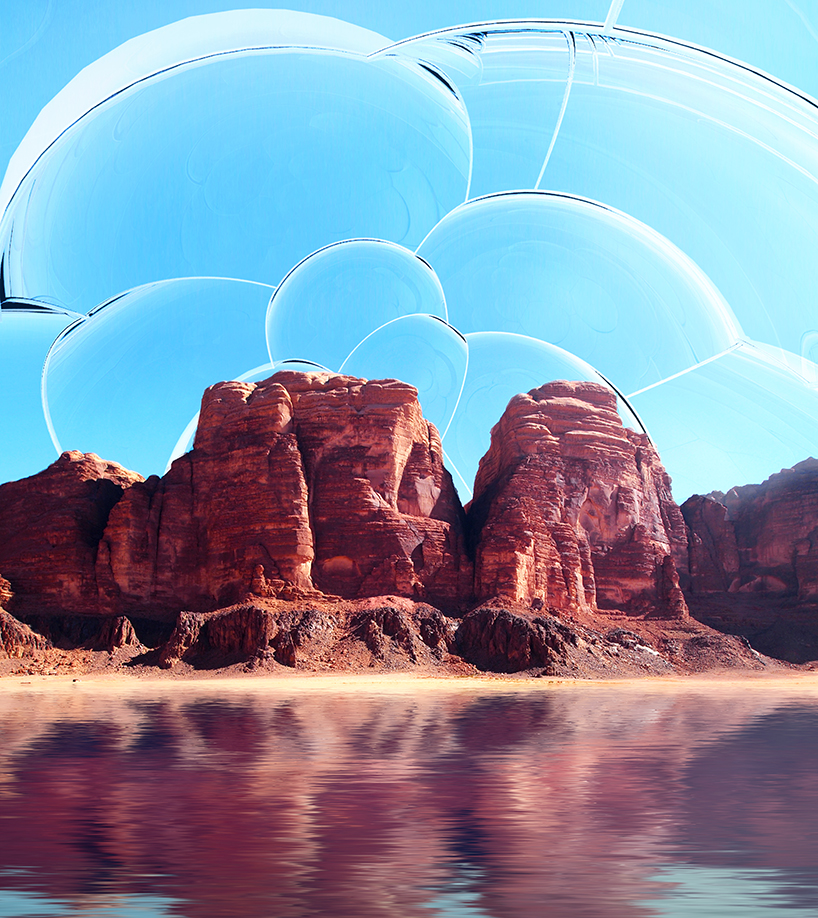 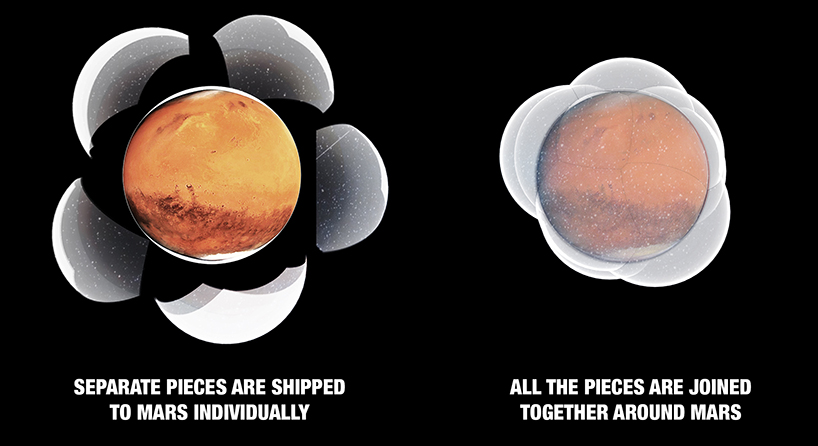 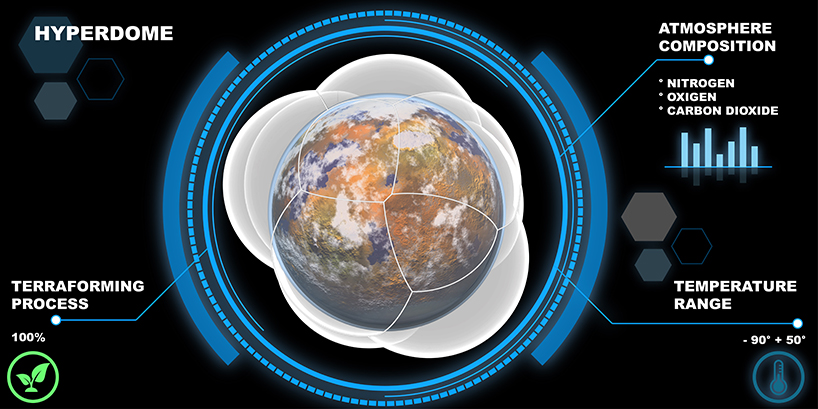 Mar 01, 2021
ODDO architects incorporates round window into the brick exterior of VH house in hanoi
the house consists of three separate brick volumes set above a continuous living space on the ground floor.
architecture
669 shares
connections: +3430